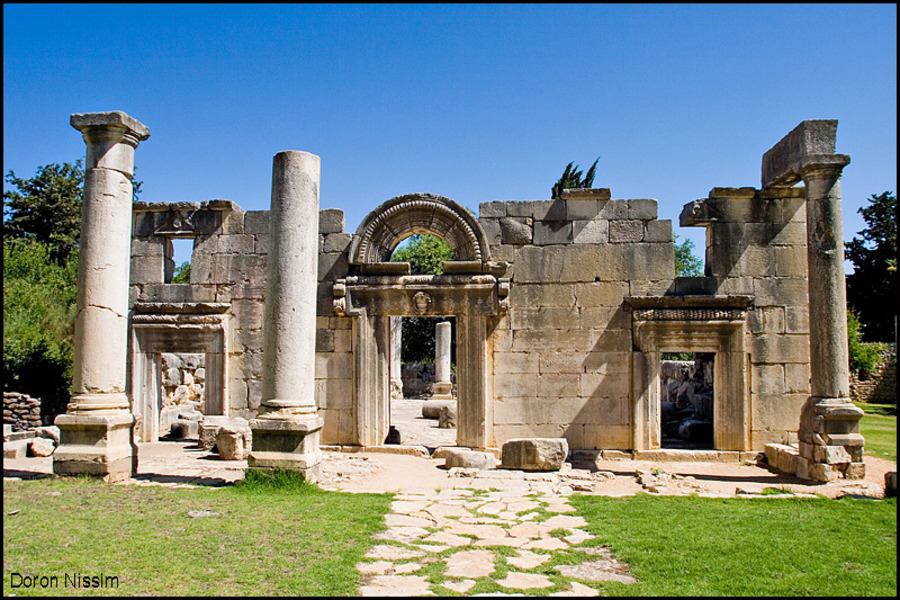 Baram National Park is in the Upper Galilee, northwest of Safed, not far from the Lebanese border. The park encompasses the remains of a large synagogue and smaller synagogue, both once part of a Jewish village that existed here from the Second Temple Period, through the Talmudic Period (200 - 500 BC) and into the Middle Ages.

The discovery of this archaeological site supports the fact that the area was inhabited by Jews over 2,500 years ago. Baram covers 28 dunams, and in addition to the remains of the two synagogues, the park is home to a Maronite church, the remains of a Christian village, and an oak tree forest.

The village was inhabited up until the Middle Ages when it was abandoned sometime between the 7th and 13th centuries. According to Jewish tradition, in the 2nd century AD, Rabbi Pinchas ben Yair was buried at Bar’am. By the 13th century an Arab village called Kafr Bir’im, had grown around the two ancient synagogues. Ottoman tax records from 1596 show that the village had a population of 114 Muslim households.

The village was damaged by an earthquake in 1837, which also caused the synagogue to collapse. By 1838, records show that a Maronite village was established here, and in years to come it was home to approximately 160 male Maronites and Melkites (both Eastern Christian).

The village was attacked by Muslims and Druze during the 1860 Lebanon Civil War. The 1881 Survey of Western Palestine describes the village of 300 - 500 inhabitants as picturesque with quaint stone buildings, olive groves, vineyards, and gardens. The population of Kafr Bir’im fluctuated over the next few decades but it remained a Christian village.

In May 1948, the State of Israel was established and in the same year, Israel was attacked by its neighboring states. During the conflict Kafr Bir’im was captured by the Jews and by November 1948 most of the villagers had been expelled, never to return. Instead, Kibbutz Baram was established, to deter infiltration from across the Lebanese border. The Maronite residents still regard the village church as the center of their community and have appealed to be allowed to return to their village.

The Ancient Synagogue of Baram

The ancient Jewish village of Bar’am had two synagogues, one in the center of the village and a synagogue on the outskirts which has become known as the Kfar Baram Synagogue. Kfar Baram Synagogue dates back to the 3rd century AD and was most likely damaged by the Galilee Earthquake of 1837. What remains of the synagogue is considered one of the best-preserved ancient synagogues in Israel.

The Kfar Baram Synagogue was built of local basalt stone, like most early structures in the region. The windows and entranceways have survived, and the façade is complete up to the second floor. It has a unique six-column portico and the interior was divided into three aisles by rows of columns. The remains include a well-preserved façade, with three doorways facing Jerusalem.

The doorways are adorned with beautiful relief carvings. The central entrance is particularly beautiful with a round arch above the opening. Some of the carved friezes feature images of vines and animals including two sculptured stone lions. An inscription in Aramaic was found carved to the right of the main entrance bearing the name of the builder.

Other Points of Interest in Bar’am National Park

Flora and Fauna: The park encompasses an impressive forest of large oak trees. In autumn (October-November) the area is covered in wildflowers. A short drive from the ancient synagogue is Mount Admon where slopes are covered with crocuses in the autumn months.

Baram Forest: A 4 km-long hike takes you through the forest of Palestinian oak trees, and reaches the Dishon Stream and the Tzivon Stream. The forest covers 1,000 dunams.

Hike Trails: You can hike through Baram National Park in the Baram Forest and past the ancient synagogue. The hike is suitable for all levels of fitness, and all seasons.

Maronite Church: The village church remains on a wooded hill not far from the synagogue, and is still used for religious ceremonies and festivals.

Little Synagogue: Located about 400 meters from the Kfar Baram Synagogue are the remains of a second, smaller synagogue, which once stood in the center of the Jewish village. Almost nothing remains except a lintel which is displayed in the Louvre in Paris. The synagogue may have been named in honor of Rabbi Shimon bar Yochai.

Tomb of Nachman Chatufa: “The Child’s Prophecy” is a 16th-century book that tells the story of a child, Nachman Chatufa, born in Israel to a righteous couple, and from the day he was born he recited words of the Torah. His father was startled and silenced the boy who did not utter another word until his 12th birthday. After that, he foretold the future, up until the coming of the Messiah, then collapsed and died. The Tomb of Nachman Chatufa at Baram is considered sacred and is visited by women who come here to pray for fertility.

Tomb of Prophet Ovadiah: Ovadiah is credited with writing the shortest book of the Jewish Torah, the “Book of Obadiah” which prophesied the divine judgment of Edom.

Bar David Museum: On the nearby Kibbutz Baram you can visit the Bar David Museum where art and Judaica from the excavation of the ancient Baram Synagogue are displayed.

How to Reach Baram National Park 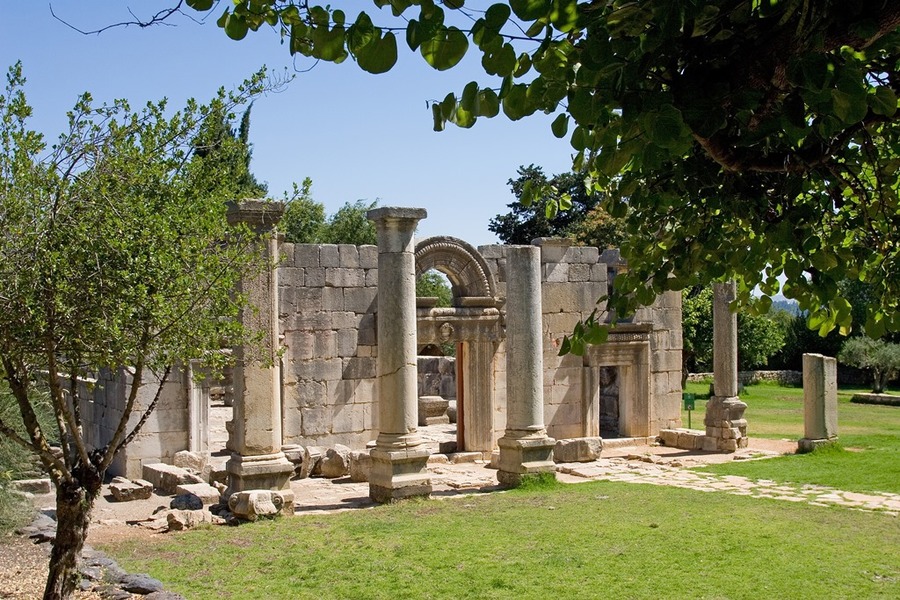