Safed (Tsfat) is a city in the Galilee built on hilltops surrounded by idyllic countryside. Safed’s high elevation gives the city warm, pleasant summers and cold winters often with snow. Safed is one of Israel’s four sacred Jewish cities. 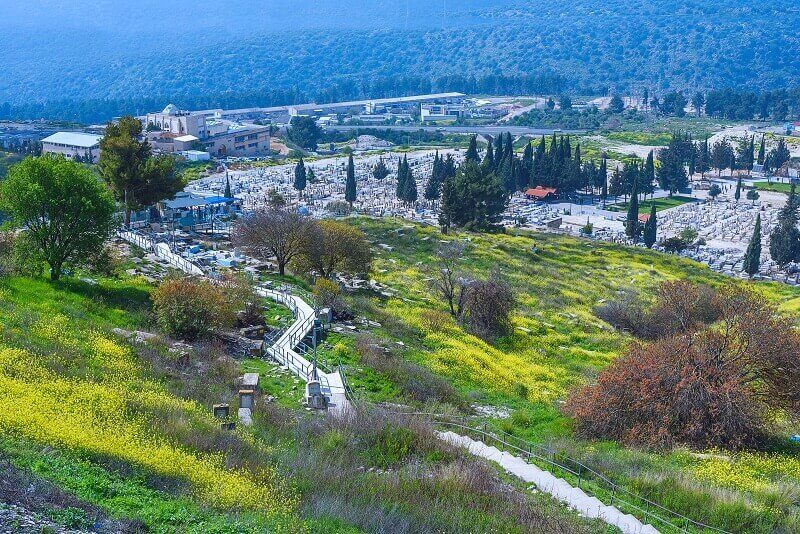 Safed is identified with the 1st century fortified town of Sepph and is mentioned in the Talmud as one of the elevated towns where fires were lit to indicate the new moon during the period of the Second Temple. Under the Crusaders in the 12th century Safed was the fortified city of Saphet and the Mamluks turned Safed into an administrative center for the region. The Ottomans made Safed their capital of the Galilee and since the 16th century Safed has been associated with Kabbalah Jewish mysticism.

In the 16th century Rabbi Isaac Luria (1531-1573) headed the Kabbalah movement in Safed and the city has remained a center of Jewish mysticism and study. The primary Kabbalistic text, the Zohar states that the Jewish messiah will reveal himself in the Galilee and probably Safed.

Points of Interest in Safed

Safed’s Old City consists of meandering stone-paved narrow lanes flanked with stone houses. The Old City is divided into a Jewish Quarter and the Artists’ Quarter. The steep hillside means that stairways are necessary in some places to connect street levels. Window boxes bloom and vines adorn many of the buildings. The ruins of the former Crusader and later Mamluk fortress stand on the edge of the Old City. Safed’s Artists’ Quarter is home to artists who work and sell their creations along the lanes of the Old City. Their work is unique, often inspired by the Kabbalah. Many artists are attracted to Safed by its extraordinary beauty, the tranquil countryside and the spirituality of Safed.
In the Jewish Quarter you can visit a number of historic synagogues (there are 32 synagogues in this neighborhood) including the two synagogues named after Rabbi Isaac Luria (known as Ari after his initials in Hebrew). Other noteworthy synagogues include the Abuhav Synagogue and Yosif Karo Synagogue named after the author of the book Shulchan Aruch.