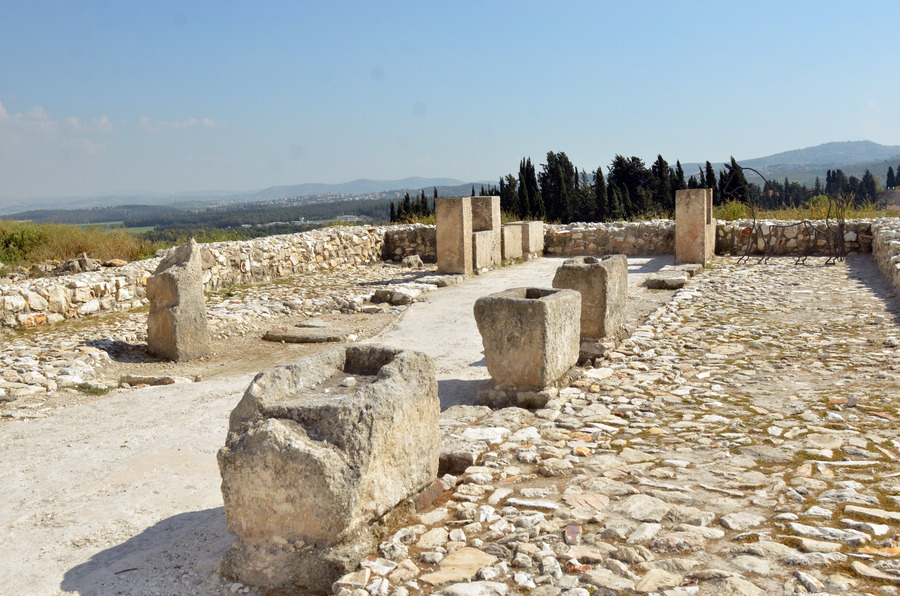 Megiddo is a "tel" or hill which was the site of an ancient city-state in Israel, it has also given its name to a nearby kibbutz (Kibbutz Megiddo); church, and road junction. Megiddo, Tel Megiddo, or Tel al-Mutesellim is located southeast of Haifa near Afula, overlooking the Jezreel Valley. Megiddo lies at the eastern entrance to the Carmel Mountains. The site is a popular stop for Galilee & Golan Tours. Tel Megiddo rises 21.3 meters from the ground and the surface area on the summit covers 10 acres. The site is a UNESCO World Heritage Site and within the Megiddo National Park.

The History of Tel Megiddo

Ancient Megiddo overlooked the Via Maris trade route where caravans and armies traveled. The Bible called it the Way of the Sea, it is also called the Megiddo Pass (Wadi Ara). Civilizations came and went from Megiddo each leaving traces of their cities. Excavations have unearthed 26 layers of ancient settlements dating back to the Chalcolithic period 7000 BC ago.

Megiddo has been inhabited by Assyrians (7th - 8th century BC); King Ahab (887 BC) who had the water system constructed; King Solomon and the Israelites; King David; Philistines; Canaanites and was finally destroyed by the Egyptians in 609 BC. Other civilizations which left their mark on Megiddo were the Egyptians (732 BC), Greeks, Persians, and Romans.

Megiddo in the Bible

Megiddo is mentioned eighteen times in the Bible including in Joshua; Kings I and Kings II. Megiddo is described as the city of Solomon where he had four thousand horses and as an Assyrian capital. Megiddo is the biblical site of Armageddon.

Today an archaeological park encompasses Tel Megiddo. There are the remains of several gates – from the 15th century BC; 9th century BC (during King Solomon’s reign) and from the 18th century BC. Solomon’s Gate had a roof and three chambers on each side. The remains of a Canaanite Palace include 2m-thick walls and an open courtyard.

There are stable complexes from the 9th century BC (Israelite Kingdom) where you can see parts of the stable walls and troughs. In the past, there would have been 5 stables in the city with many chariots and horses. The remains of 17 temples have been discovered from different periods. There are also burial chambers; city walls; the Southern Palace; a four-room house and a silo.

On the west side of the mound is a water supply and storage system dating back to the 10th century BC. It consists of 183 stairs leading down 36 m to a large pit and a 70 m long tunnel that connects with an underground spring. The water system remained unseen by enemies and the residents of Megiddo could survive under siege with an abundant supply of water. Today visitors can descend the staircase all the way down the vertical shaft and along the subterranean tunnel to the spring. 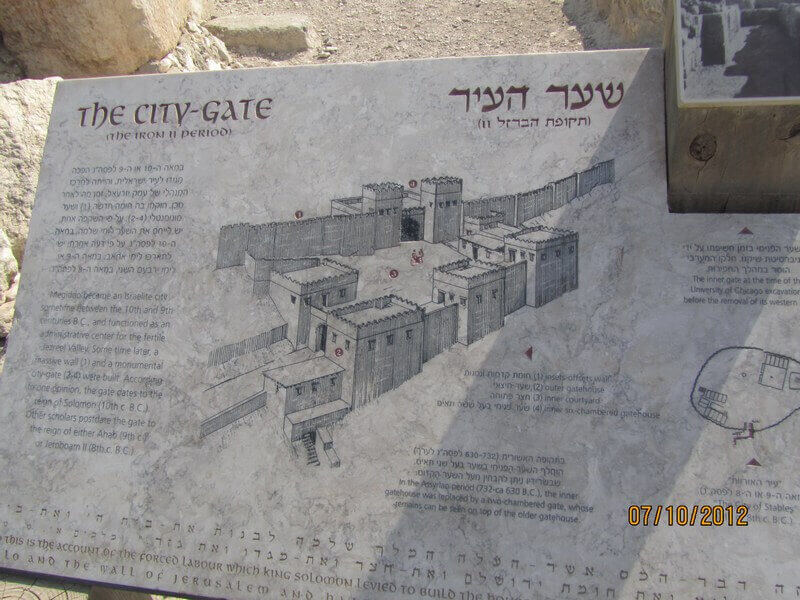