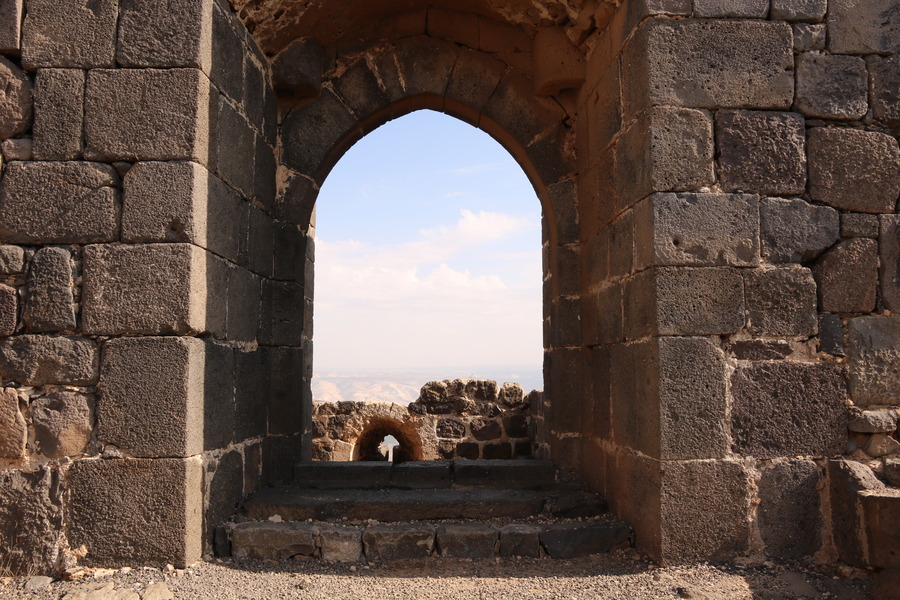 Kochav HaYarden (Star of Jordan) or Belvoir Castle is situated in northern Israel, on a hilltop 20km south of the Sea of Galilee. The castle was built by the Crusaders in 1168 and now lies at the heart of the Belvoir National Park. Kochav HaYarden is unique in being one of the best-preserved Crusader castles in the Holy Land. The castle stands 500 meters above the Jordan Valley, on a commanding plateau that once looked down on ancient roads connecting the north to Jerusalem.

As early as the ancient Israelite period in the 12th century BC, Ramat Kochav was inhabited. During the 2nd and 6th centuries BC it was the site of a Jewish settlement called Kochava. In the 12th century, the Crusaders established the Kingdom of Jerusalem, and the noble family of Velos was given the land. They built a fortified estate on the hill of Kochava. In 1168 AD the Crusader Knights Hospitaller bought the land from Velos.

The Crusaders built the castle as a strategic fortress overlooking the road that connected Damascus to the Crusader Kingdom of Jerusalem. The castle’s elevated position on the north-eastern boundary of the Crusader Kingdom dominated the surrounding landscape. There were several Crusader castles in the region, but Belvoir was one of the most important. It represented an obstacle in the way of Muslim invaders from the east.

In 1180 the castle withstood a Muslim attack, and in 1182 the Battle of Belvoir Castle was fought between Muslim leader Saladin and the Crusader King Baldwin IV of Jerusalem. In 1187, Saladin held the Belvoir under siege for a year and a half until the Crusaders surrendered in 1189. After Saladin’s death in 1193, Galilee was given to the ruler of Damascus. He feared that the Crusaders would return and so he had the fortress destroyed. Belvoir remained in Arab hands until it was ceded to the Franks who held the castle from 1241 to 1263.

During the Ottoman’s 400-year rule over the Holy Land, the hilltop castle and surrounding area became the village of Kawkab al-Hawa. The civil conflict of 1947-48 resulted in the village inhabitants being ousted by Yishuv forces (Jewish forces formed before the establishment of the State of Israel). Since Israeli independence in 1948, the land has been cleared, and the historical remains preserved.

What’s in a Name

The castle and park were named after the ancient Jewish village Kochava (Star), which stood here thousands of years ago. The Arab name given to the Crusader castle was Kawkab al-Hawa (Star of the Winds) which sounds like the Hebrew name, of the original Jewish village, Kochava. The name Star of the Yarden, originated because the castle stands close to the Jordan River. Its elevated position led a 12th-century Arab historian to call it the “Fortress Set Amidst the Stars”. The Crusader name for the castle, Belvoir means “beautiful view” in French.

Crusader Castle: During excavations that took place in the 1960s, complex military Crusader architecture was uncovered. Belvoir is the earliest example of a concentric castle plan which was used frequently by the Crusaders. The design had an inner rectangular fortress with towers at each corner, and a large gatehouse in the middle of the western wall. The castle is symmetrical, with a rectangular outer wall with corner towers mirroring the inner fortress.

The castle was almost completely built from local basalt stone. Originally the castle was surrounded by a moat 20 meters wide and 12 meters deep. Visitors can see the moat, living quarters, storage rooms, the remains of a bathhouse, and the remains of the kitchen ovens. There are stairs that would have reached a second story.

Hiking the Yadid Path: Visitors can follow a 1.2km footpath that circumvents the castle and passes the Ein HaYadid Spring, and a memorial monument to Orde Charles Wingate. The trail offers views towards the east, and west to the hills of Nazareth, Mount Tabor, and the hills of the Upper Galilee.

Sculpture Garden: The park encompasses a sculpture garden where you can see the works of Igael Tumarkin.

Garden of Rare Plants: The Shelter Garden for Rare Plants is a fenced-off area where rare plants are cultivated. The plants are native to the Lower Galilee and suited to the basalt soil. The ultimate goal is to reintroduce the plants to Galilee.

How to Reach Kochav HaYarden

Visitors are welcome to use the park’s campground where there are toilets, drinking water, a barbeque area, and picnic tables. The park is open Sunday to Thursday and Saturday from 8 am to 5 pm, and until 4 pm in the winter. On Fridays and holidays eves the park stays open until 4 pm/1 pm. To reach Kochav HaYarden National Park take Road 90 in the direction of Tiberias and about 15 km north of Beit Shean turn on to Road 717. If you’re using Waze, enter “Kokhav HaYarden National Park.”