Tel Hazor (or Tel Hatsor) is an archaeological mound located north of the Sea of Galilee in the Hula Valley. The site has been identified as the biblical city of Hatsor established in the Late Canaanite period (around 1750 BC). The city was one of the largest and most important biblical-era cities, holding a strategic position alongside the ancient trade route between Syria and Babylon with Phoenicia and Lebanon.

Visitors can see remains of the Canaanite city and the 9th-century BC Israelite city. The upper part of the archaeological mound covers 30 acres, and the lower city covers more than 175 acres. Tel Hazor is a designated UNESCO World Heritage Site in Israel together with several other biblical tels in the area. Hazor is described in the Book of Joshua as the “Head of all those Kingdoms''.

The first settlers at Hatsor were in the 28th to 24th centuries BC. It was later abandoned until the Middle Canaanite I Period (23rd-21st centuries BC), but archaeologists have found pottery shards and copper ingots from this period. Around 1750 BC the settlement was expanded, and construction spread to the Lower City, due to an influx of immigrants. The lower city lacked fortifications, and so a deep moat was dug to the west and the excavated earth was used to construct a rampart to the west and north.

Slopes on the eastern flank reinforced the city’s defenses. Within the walls were temples, public buildings, and homes. By the Middle Bronze Age, the lower city was the largest in the land of Israel, with approximately 1,000 inhabitants. The city’s location, north of the Sea of Galilee, on the trade route connecting Babylon, Syria, and Egypt, made Hazor a strategic location.

Hazor in the Bible

Through the Late Bronze Age, the lower city was destroyed and rebuilt several times. By the 14th-century BC, Hazor was an extremely prosperous city and probably the largest in Canaan with a population of about 20,000 residents. The Book of Joshua describes Hazor as the seat of the Canaanite King Jabin, and Hazor is also mentioned in the Book of Judges. Jabin led a confederation against the Israelite leader, Joshua Ben-Nun.

In the 13th-century BC, around 1200 BC, a battle between Joshua and Jabin resulted in a massive fire that destroyed Hazor. In later years the city was reestablished but it never regained its former glory. Under the Israelites, Hazor was a small village, and according to the Book of Kings, it was fortified and expanded by Solomon. It was during this period that “Solomon’s Gate” was constructed. In the 9th-century BC, Hatsor was rebuilt by Ahab, and it was conquered, destroyed, and rebuilt several times, until in 732 BC, King of Assyria Tiglath-Pileser III, captured Hatsor, and the city was destroyed for the last time.

Lookout Points: To get an overall view of the lower city there is a lookout point at the entrance to the site. A second observation point is from the Israelite Tower at the western end of the mound. From here there are views across Tel Hazor, Galilee, and the Golan Heights.

Solomon’s Gate: A 10th century BC gateway with the remains of casemate walls – two parallel walls with six chambers created by partitions between the walls.

The Canaanite Palace: The palace was used by the Kings of Hatsor in the 14th-13th centuries BC. You can see a ritual dais, basalt pillars, and a throne room.

Ancient Water System: The city water system is comprised of an access structure of ashlar blocks, a vertical shaft that drops down 45 meters to the bedrock with 3-meter-wide steps carved into the wall, and a 25-meter tunnel from the bottom of the shaft, sloping down to the water-bearing deposits. King Ahab designed the water system so that residents would have access to fresh water without leaving the city walls.

Israelite Fortress: King Ahab had a fortress built west of the upper city with casemate walls, and a dais.

Remains from the Israelite Period: Visitors can see the remains of a residential home and a public storeroom from the 8th century BC.

The Passage Between the Lower and Upper Cities: During the Canaanite Period basalt stairs connected the upper city to the lower city. Part of a wall has been dismantled to reveal the passageway and the remains of a large structure with a ritual dais. The dais is made of a single slab of basalt stone weighing about two tons.

Hazor Antiquities Museum: Located at the entrance to Kibbutz Ayelet Hashahar is a museum displaying archaeological finds from Tel Hazor. Among the exhibits are photographs and maps from the excavations, plus artifacts from the Canaanite temples and graves. Among the artifacts are pieces that would have been imported during the Israelite Period from Crete, Cyprus, and Egypt.

Tel Hazor National Park is open Sunday to Thursday and on Saturdays from 8 am to 5 pm and until 4 pm in winter. On Fridays and holidays eves the park opens until 4 pm and 1 pm in winter. There are useful maps and information boards to guide visitors through the site. The park is located east of the Rosh Pina-Metula Road (route 90), about 4km north of Mahanayim Junction, near Kibbutz Ayelet HaShahar. If you are using Waze, enter “Tel Hazor National Park”. 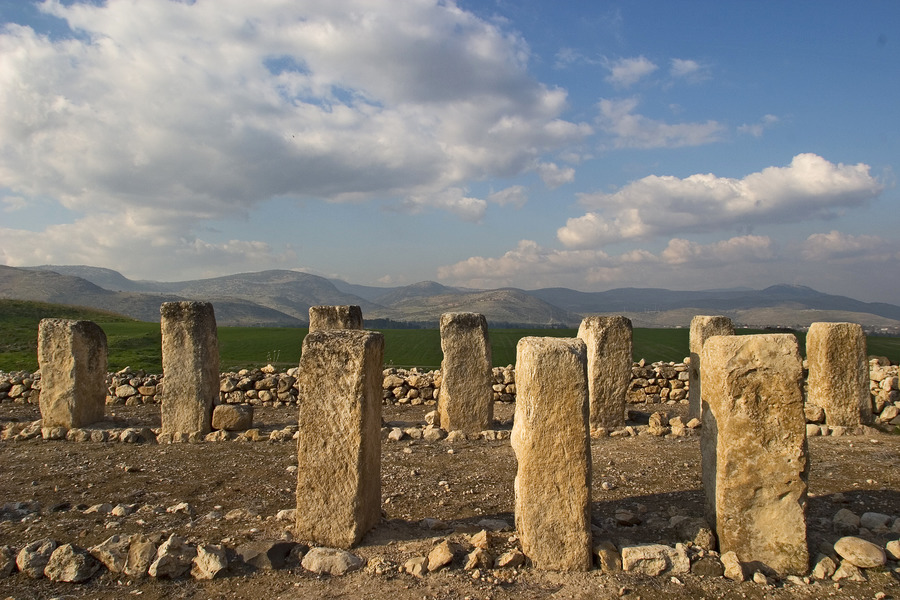