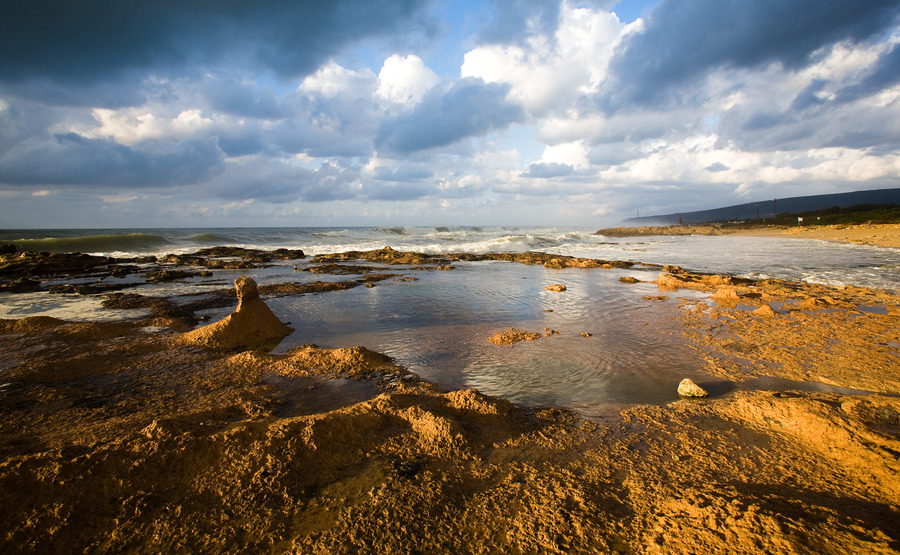 Akhziv lies 5 km north of Nahariya on Israel’s Mediterranean Northwestern coast. The Akhziv National Park is home to one of Israel’s most beautiful secluded beaches and preserves the area's unique marine life as well as archaeological remains. The clear water along this stretch of the Mediterranean coast laps up against a rugged shore and flows into natural rock pools, bays, and lagoons.

Beneath the water is a rich world of marine life and kids can spend hours tiptoeing among the rock pools finding small fish, crabs, sea anemones, sea urchins, and seaweed. In the summer sea turtles come out of the water to lay their eggs on the beach. Just off the shore are the Akhziv beach islands of Nahlieli, Akhziv, and Shahaf. The islands are the tips of underwater sandstone ridges. Bird-lovers can spot sea birds nesting on the islands.

The earliest settlers in Akhziv were in the 18th century BC (Middle Canaanite Period). Akhziv is mentioned in the Bible as a Canaanite town not captured by the tribe of Asher (Judges 1:31). The Phoenicians developed the natural harbor making it an important commercial port. Assyrians conquered the town in 701 BC and stone tombstones have been uncovered from that era. Akhziv is mentioned in the Talmud and Mishna.

During the Mishnaic Period (10 - 220 AD) Jewish inhabitants of “Kziv” or “Gziv” were either fishermen and seafarers or engaged in the production of dye from purple and blue sea snails. In the 13th century, Crusaders built a castle called Akhziv Casal Imbert and under the Mamluks, a village was established at Akhziv called Al-Zib. Most of the ruins we see today come from the fortified Crusader city and the Mamluk village. Today Ackziv is a national park best known for its breathtaking coast, lagoons, natural bays, and archaeological remains.

There are two man-made saltwater lagoons – one shallow and a deep-water pool where visitors can swim. In summer visitors to Akhziv National Park can sleep beneath the stars at the park campground where there are facilities and lighting. Lawns and shady groves extend inland from the shore providing an area for picnics and barbeques. The expansive 6-acre parkland has facilities such as showers, toilets a playground, lifeguard service, and a restaurant.

A seafront promenade links the coast of Rosh HaNikra to Akhziv. The northern part of the beach, Banana Beach is known for its loud parties while the campground and Akhziv National Park beach are quieter choices. The only inhabitant of Achziv is an eccentric Israeli who has established a micronation called Akhzivland along the beachfront. He has lived here since 1975 and welcomes visitors to his “country.”

Among the interesting artifacts uncovered during excavations at Akhziv were pieces of red glazed pottery made using a special technique. Many of the excavations discovered quarries where stone was acquired for building. There were also pools for fish breeding, storing fish, breeding sea snails for dye production, and salt evaporation. The remains of the Mamluk village stone mosque have been restored and one of the village homes has been turned into a museum.

Akhziv is a quiet stretch of beach far from the crowded beaches of Tel Aviv where you can enjoy shallow rock pools, natural and man-made seawater pools, the clear Mediterranean waters, and white sand fringed by cliffs. You can also go fishing from Akhziv and camp overnight. End your day at Ackziv by watching the sunset over the sea. 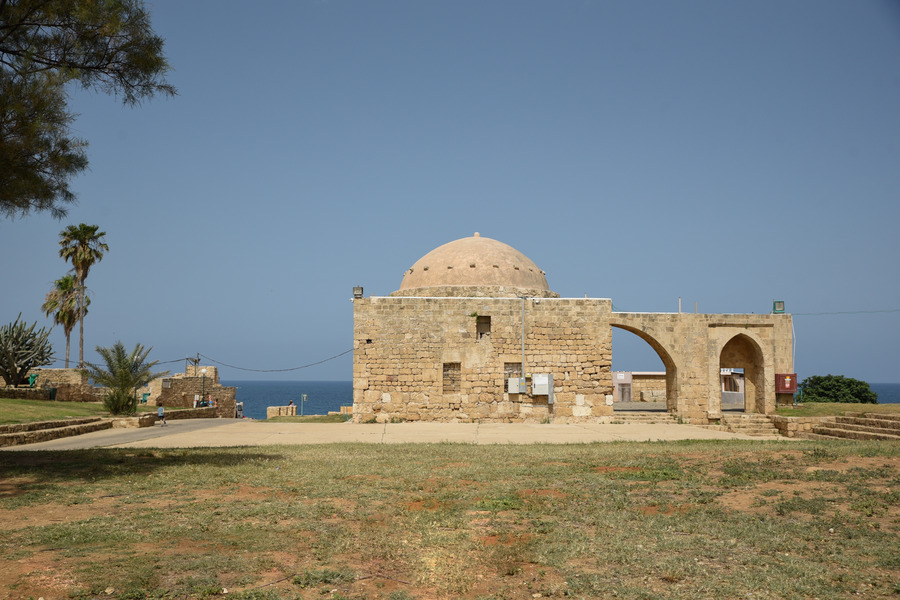