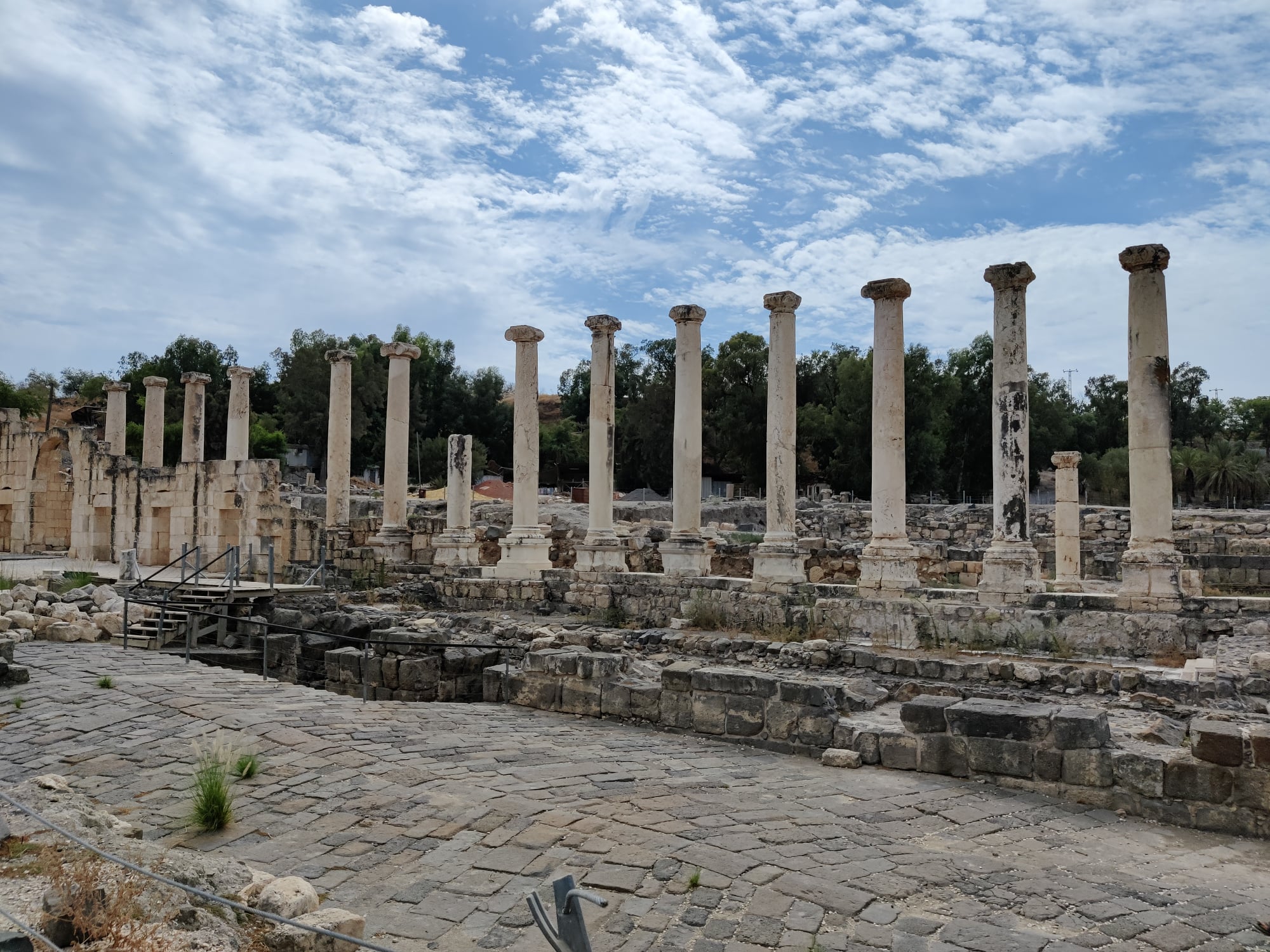 One of Israel’s oldest cities, Beit Shean (also known as Scythopolis and Nysa and, in Hebrew, ‘the House of Tranquility) is located in northern Israel, 27 km south of the Sea of Galilee. Nestled between the Jezreel and Jordan Valley, it is an extremely fertile area and one of the hottest places on earth in which to live.

Settled 6,000 years ago and continually inhabited since then, today it is one of Israel’s best-preserved archaeological sites. Its remains date back to a number of ancient civilizations, including pre-Egyptian, Israelite, Philistine and Byzantine.

Historically, Beit Shean is mentioned in the Hebrew Bible as the place where King Saul and his sons were killed by the Philistines, and their bodies then hung from the city wall. It retained its importance during the reigns of King David and Solomon and was a busy metropolis in Roman times, but after being damaged in 749 AD by an earthquake, it did not recover. Over the years, Crusaders, Mamluks, Ottomans, the British lived there and after the state of Israel was created in 1948, Israelis settled the area.

Today, it is home to a spectacular national archeological park. The renovations have been quite extensive and give visitors an excellent indication of what the city once looked like.  Inside the park are elevated mounds, which are remains of Canaanite and Egyptian cities, and at the base of the mound are remains of a once-thriving Roman City.

The archaeological remains include public baths (consisting of swimming pools and halls heated by hot running water), a Roman basilica (once used as a courthouse), small stores and craftsmen’s workshops. There is an amphitheater, which could seat 6,000, once used to hold gladiatorial contests and entertain Roman troops and some well-preserved mosaics, including one of Tyche, the Roman goddess of good fortune, holding a horn of plenty.

Visitors can view the nymphaeum - an elaborate building containing a fountain - and a large, circular church with a cloister, built around an open court.  There are also remains of other churches (one with a red cross on the bathhouse wall, meaning it was probably a baptistry). The central street of the city was called the Palladius (named after the Roman governor) and is lined by colonnades.

Beit Shean can be reached by car (via Afula), bus or by taking a guided tour of the area. In the wider vicinity, visitors can visit the Belvoir Fortress (one of the last bastions of the Crusaders) and the Gan HaShlosha, a green and leafy park where visitors can bathe in warm spring. 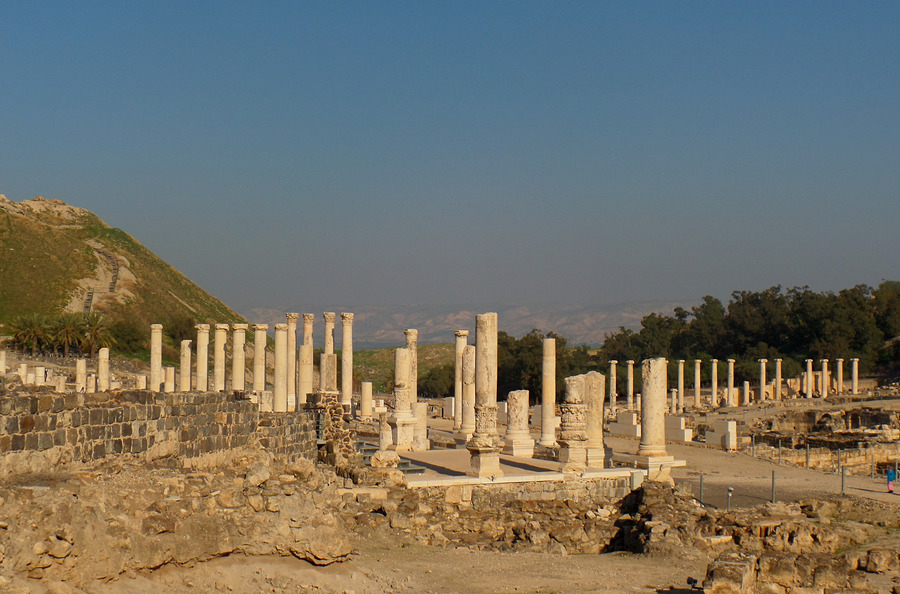