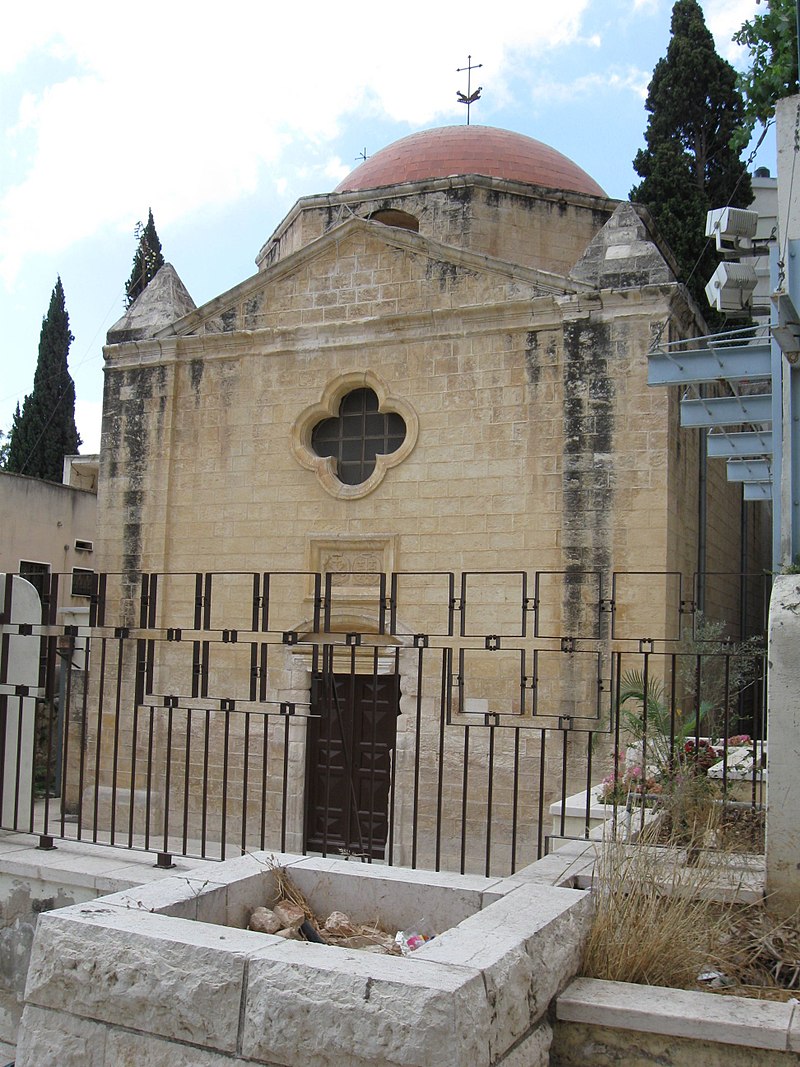 The Church of Mensa Christi (Latin for Christ’s Table) is located in Nazareth near the Maronite Church of the Annunciation and northwest of the Synagogue Church. The church was built around a slab of stone. This is the traditional site where resurrected Jesus appeared to his disciples as they dined.

History of the Church of Mensa Christi in Nazareth

In 1781 the Custody of the Holy Land purchased the site from local Muslims. Franciscan monks then built a chapel to mark the biblical site. It became extremely popular with pilgrims from the 17th-century onwards. In 1859 the chapel was burnt to the ground and was reconstructed a year later.

More recently the same chapel has been restored and renovated including the frescoes and dome. Visitors can still see the scratched writing and crucifix markings carved into the Mensa Christi by early pilgrims. The church is no longer used for prayer services. You can visit the Mensa Christi Church on a guided private tour of Nazareth. The church is usually closed and is only opened by special request.

Highlights of the Church of Mensa Christi

The Mensa Christi Church contains a large block of stone measuring 12ft/3.6m x 9ft/2.7m x 3ft/0.91 which according to tradition, is the table where Jesus served his disciples’ bread and fish. After Christ’s resurrection, he appeared to his disciples as they were seated around a table. He reprimanded them for not believing those who had witnessed his resurrection. (Mark 16:14)

Today, the table-like slab of rock stands in front of the altar. The church holds a painting by Leonardo Di Mango dated 1876. As you approach the entrance notice the two symbols carved into the stone above the doorway. One is the symbol of the Crusaders. The other is the symbol of the Custodian of the Holy Land.

Alternate Sites for the Mensa Christi

Both claim to be the site where Christ appeared to his disciples after his resurrection and served them bread and fish. There is also a Mensa Christi in the nearby Church of the Multiplication. This is the table where Jesus miraculously fed the multitudes.