Hebron is a city in the south of the West Bank, 30 kilometres from Jerusalem. Located in the Judean Hills, it lies 930 metres above sea level. Hebron, in Hebrew, means ‘friend’ or colleague’ (although the original sense of it may have alluded to an alliance) and in Arabic it is called ‘Khalil al-Rahman’ (the name for Abraham, in the Quran, meaning ‘‘beloved of the Merciful’ or ‘Friend of God’. Hebron has enormous significance in the Hebrew Bible, since it was near this city that God entered into a covenantal relationship with Abraham telling him that he would be the ancestor of a multitude of nations. 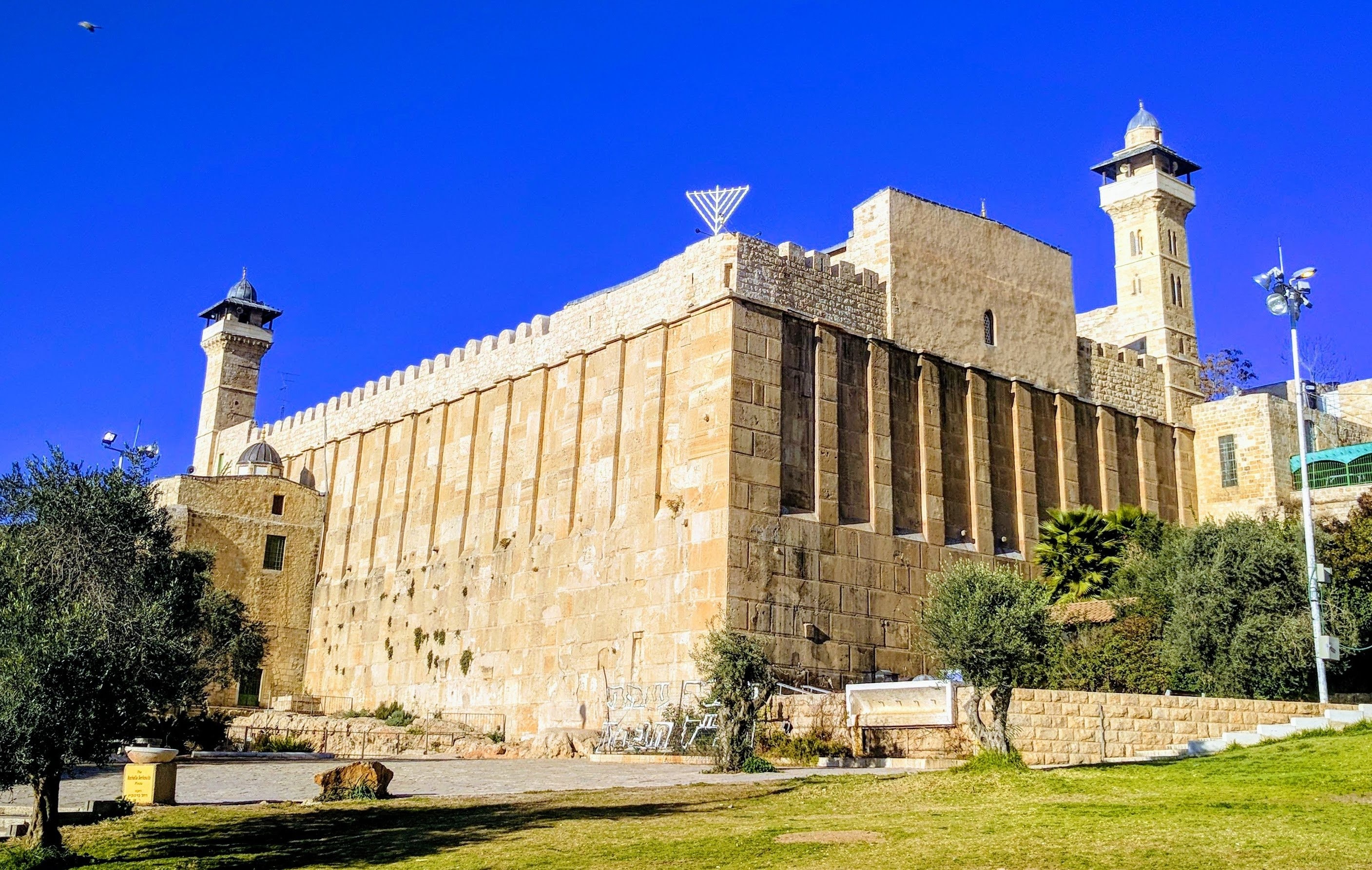 The History of Hebron

Archaeologists are of the opinion that Hebron existed as long ago as the Bronze Age and was flourishing in 8 BCE. Excavations at Lachish (the second most important city in Judean times, after Jerusalem) show that Hebron was an important economic center. Under the British Mandate, most of the land around Hebron was owned by waqfs (Islamic charitable trusts) but by the 1920s, around 265 Jews had moved there. In 1929, tensions boiled over and the Jewish quarter was destroyed, and 67 people were murdered.

This set the scene for many more years of conflict which, unfortunately, continue until today. In 1994, a Jewish settled by the name of Baruch Goldstein entered one of the city’s most holy sites - the Cave of the Patriarchs / Ibrahim Mosque -  during Muslim dawn prayers and shot and killed 29 worshippers. As a result, Jews and Muslims are now restricted to certain areas for prayer, save for 10 days a year in which adherents can enter all parts of this building.

Hebron is timeless and as the holiest ancient city in the West Bank has numerous holy sites which are rich in Jewish heritage and history but also important to Muslims. Today, Hebron is a UNESCO World Heritage, meaning it is an area guaranteed special protection by international convention. Public transport in the area is available but quite limited and due to the ever-changing political situation, the best way to visit this area is definitely with the private tours of the West Bank. Let’s look at some of the sites in this area that you might consider visiting, on a trip to this unusual city:

This is probably the most famous site in Hebron since it is not just sacred both for Jews and Muslims but, in the last century, has been a flashpoint for political controversy and violence. Historically, it was first a church, in Byzantine times, but then turned into a mosque by the conquering Arabs.   After the Crusaders arrived, it was turned back into a church and then once the Mamelukes appeared on the scene, it was once more turned back into a mosque.

Sacred to Two Peoples - Layout and Design of the Cave / Mosque

For Jews, after Temple Mount in Jerusalem, this is their second most sacred site. It is where the first commercial transaction in the Bible was recorded - that is when Abraham purchased a plot of land, around 3700 years ago, to bury his wife, Sarah. Genesis actually records the price paid to Ephron the Hittite - 400 shekels of silver (which, incidentally, was the full market price). Jews believe that Abraham, Sarah, Isaac, Jacob, Rebecca, and Leah all have their final resting place here, which is why they refer to it as the Cave of the Patriarchs and Matriarchs. For Muslims, it is the Ibrahimi Mosque.

Muslims, just like Jews, revere Abraham and his descendants and regard it of great importance to their faith. Muslims also believe that Abraham, along with his son Ishmael, built the Kaaba in Mecca. It goes without saying then that, after the Temple Mount, the Machpelah Cave / Ibrahimi Mosque is the most contentious‎ religious site in the Middle East, with both faiths laying claim to it. The building itself is quite magnificent. Around the Herodian structure are huge stone walls and its corners point to the four points of the compass. 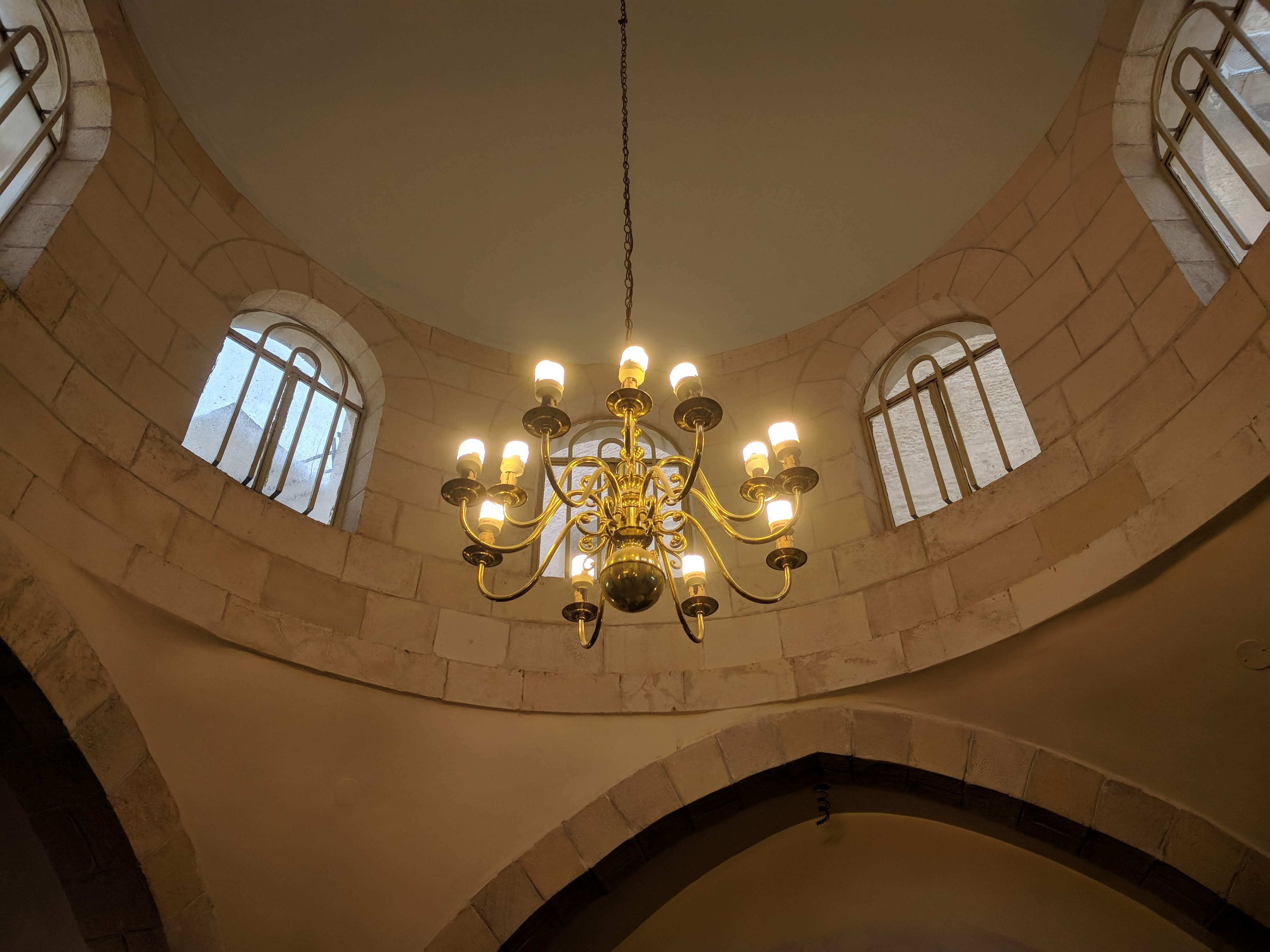 Inside the Cave of the Patriarchs, Hebron. Photo by Dan Rosenstein on Unsplash

Inside, the design is extraordinarily eclectic (probably because the building changed hands so often!)  A visitor will see domes, minarets, columns, arches, and corridors from all different periods. The Cave/Mosque contains several cenotaphs (burial tombs and those of Abraham and Sarah are covered with beautiful embroidered green cloth. Nearby is the Shrine of Abraham, where it is said that Abraham left a footprint when he went out of the Garden of Eden.

Through a wide door, you enter into the mosque - the stained glass windows, pillars, and vaulted ceiling indicate this was once a Crusader church. The mosaic and marble mihrab (a niche in the wall of the prayer room marking the direction facing Mecca), and the pulpit are carved out of wood walnut wood, brought to Hebron by Saladin.

Next to the pulpit is a flight of stone stairs, leading down to the actual Cave of Machpelah. The caves are not normally accessible (due to political tensions and also out of respect for the dead).  The other entrance to the actual cave, however, is sealed by a large stone and covered by a prayer mat.

This is close to the ‘Seventh Step’ on the outside of the enclosure and is famous for being the spot from beyond which the Mamluks forbade the Jews to venture. The building’s ceiling is decorated with murals dating back to Ottoman, Mamluk, and Crusader times. Today, the Cave/Mosque is strictly divided into Jewish and Muslim areas.  Muslims enter close to the northwestern wall and Jews enter via the southwestern wall.

Quran, the holy book for Muslims. Photo by Syed Aoun Abbas on Unsplash

The Cave of Othniel Ben Knaz

Othniel was an ancient Jewish leader and the first Judge of Israel. The cave lies around 200 meters to the west of Beit Hadassah, at the top of a rocky area. The Mishnah (the earliest authoritative body of oral Jewish law) describes the traditional burial practices of the Jews at that time. The cave is today under the control of the Palestinian Authority, but despite this religious Jews come occasionally to worship here. Popular times to make a pilgrimage to this cave include the holidays of Tisha B’av and Lag B’Omer.

The Tomb of Abner Ben Ner

Abner Ben-Ner was the greatest fighter in King Saul’s army and, according to Jewish tradition from the Middle Ages, was buried close to the Cave of Machpelah, which corresponds to the current location of the site. In Samuel II, in the Bible, it says: “And they buried Abner in Hebron and the king raised his voice and wept on Abner’s grave, and all the people wept”. The tomb itself is a stone structure with several rooms all arranged around a courtyard. The gate is designed in Mamluk style.

The Tombs of Ruth and Jesse

Ruth and Jesse were the great-grandmother and great-grandfather of King David. This tomb is situated within the ruins of Deir Al Arab’een in the Tel Rumeida section of Hebron. Early references to it come from a student of the Rambam in the 12th century, who records a visit there.

In the 1970s the site was excavated by Profession Ben Tzvi Tavger and subsequently re-opened to the public. Next door to the tomb is a small synagogue where visitors come throughout the year.  A particularly important festival for them is the festival of Shavuot (in the spring), when it is traditional to read from the Book of Ruth. 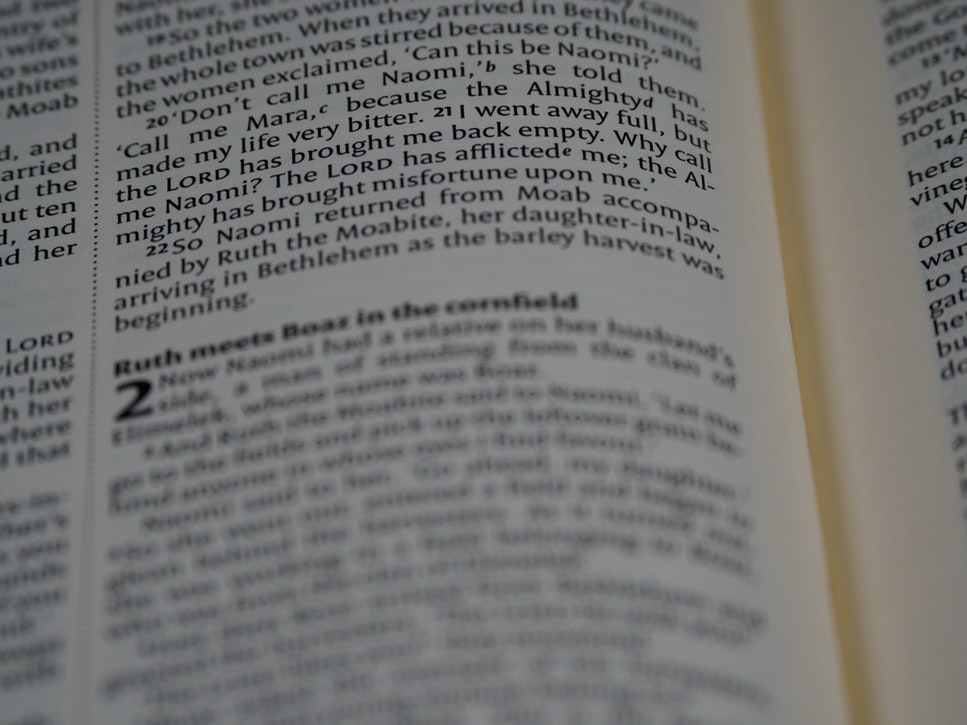 Beit HaShisha and ‘The Six’

In May 1980, outside the historic Beit Hadassah building in the Old City of Hebron, six young men were ambushed and killed.  Beit Hadassah was founded in 1893, as a result of the work of Rabbi Franco. It was the country’s first Hadassah hospital (the same is now situated in Jerusalem and is world-famous). Twenty years after the murders, a new building was erected in memory of the six men killed and named ‘Beit HaShisha’ which, in Hebrew, means ‘House of the Six.’

Tel Hebron is an ancient archaeological park in Hebron, within a residential neighborhood called Admot Ishai.  Archaeologists believe that the Patriarchs Abraham, Isaac and Jacob, and the Matriarchs Sarah, Rebecca, and Leah (all who are buried in the nearby Machpelah Cave) lived here around 4,000 years ago.

Between two ancient walls, visitors can see stone stairs dating back thousands of years. Excavations have led archaeologists to speculate that ancient Hebron’s original gate might even be underneath them. This gate is actually mentioned in the Bible’s book of Genesis, when Abraham purchased the area as a burial place for his wife, Sarah.

Built in 150 by Hakham Ashkenazi, this structure became the hub of the Jewish community at that time, as well as a center for the learning of Kabbalah (a mystical and esoteric Jewish school of thought). This domed synagogue fell into disuse after the 1929 Hebron Massacre and was destroyed after 1948. After Israel conquered the area in the Six-Day War in 1967, permission was granted for it to be rebuilt, the architect of the project being Rabbi Ben Zion Tavger, and today prayer services are held there every Friday night. 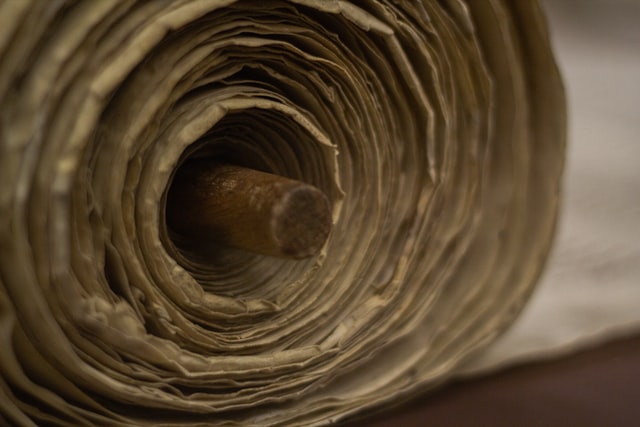 Beit Hadassah was erected in 1893 as a clinic and charitable institute. Thanks to the contributions of North African, Indian, and Iraqui Jews, it flourished and by 1911 it was offering free medical care to local Jews and Arabs alike. In 1929, as a result of the riots in the city, the building was destroyed. The building remained vacant until Passover 1979 when a group of Jews occupied the building and refused to leave until they were granted permission by the State of Israel to make it their permanent home. A year later, after an ambush that left six young men dead, the old Beit Hadassah building was repaired and extended and today it is home to some Jewish families.

Beit Romano was constructed in 1879 by Chaim Romano, a prosperous Turk. It was a symbol of centers outside the ‘ghetto’ of Hebron and served as a guest house. The ‘Istanbul Synagogue’ was subsequently established here. Under the British Mandate, the building was turned into a police station and used to shelter the injured during the Hebron Riots of 1929. Under Jordanian control from 1948-1967, it was used as a school and only in 1980 reclaimed by the Jews. Between 1996-2000, renovations were carried out and another floor was discovered underneath the building. Today it is home to a yeshiva (Jewish study area) and an Israeli Army military camp.

The Oak of Sibta (Oak of Abraham, The Oak of Mamre)

This ancient tree, according to non-Jewish tradition, is supposed to mark the place where, as recorded in the book of Genesis, Abraham pitched his tent. The Oak of Mamre can be found in the  Russian Orthodox Church of the Holy Trinity, which owns the land. The oak fell down in 2019 but plans to preserve its trunk and endeavor to encourage a new shoot to grow are underway.

All around Hebron are buildings that were constructed during the Mamluk period, between 1250 and 1517 CE. Some of these include the Fountain of Qayt Bay, the Gold Market, and the Bab Al-Asbat Minaret. Mosques of this period include Al-Jawali, Mahkamah, Katib Al-Wilaya, Ibn Marwan, Aybaki and Al-Shamah. 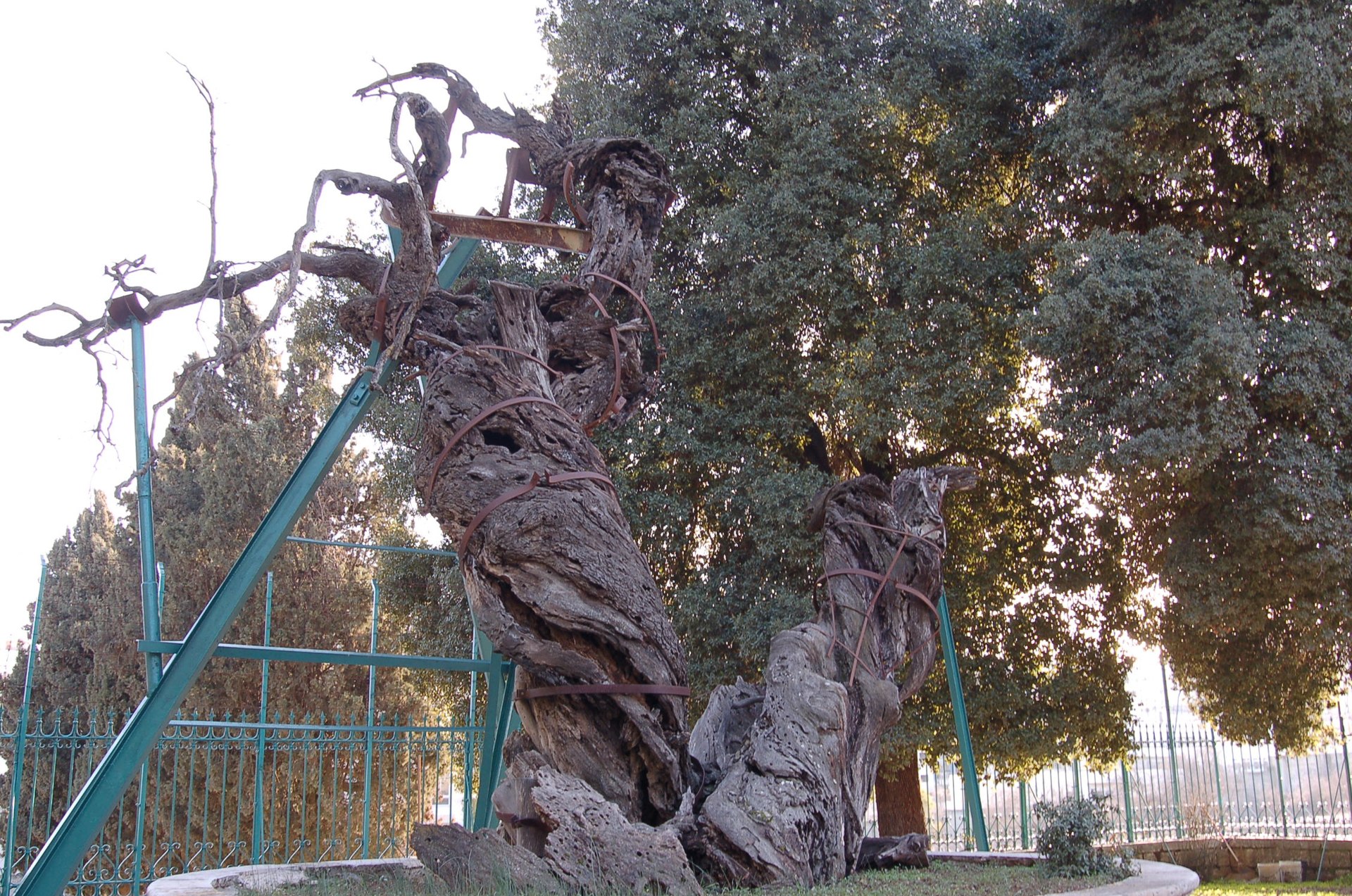 The Oak of Mamre in 2008, before collapsing in 2019. Photo credit: Copper Kettle - originally posted to Flickr