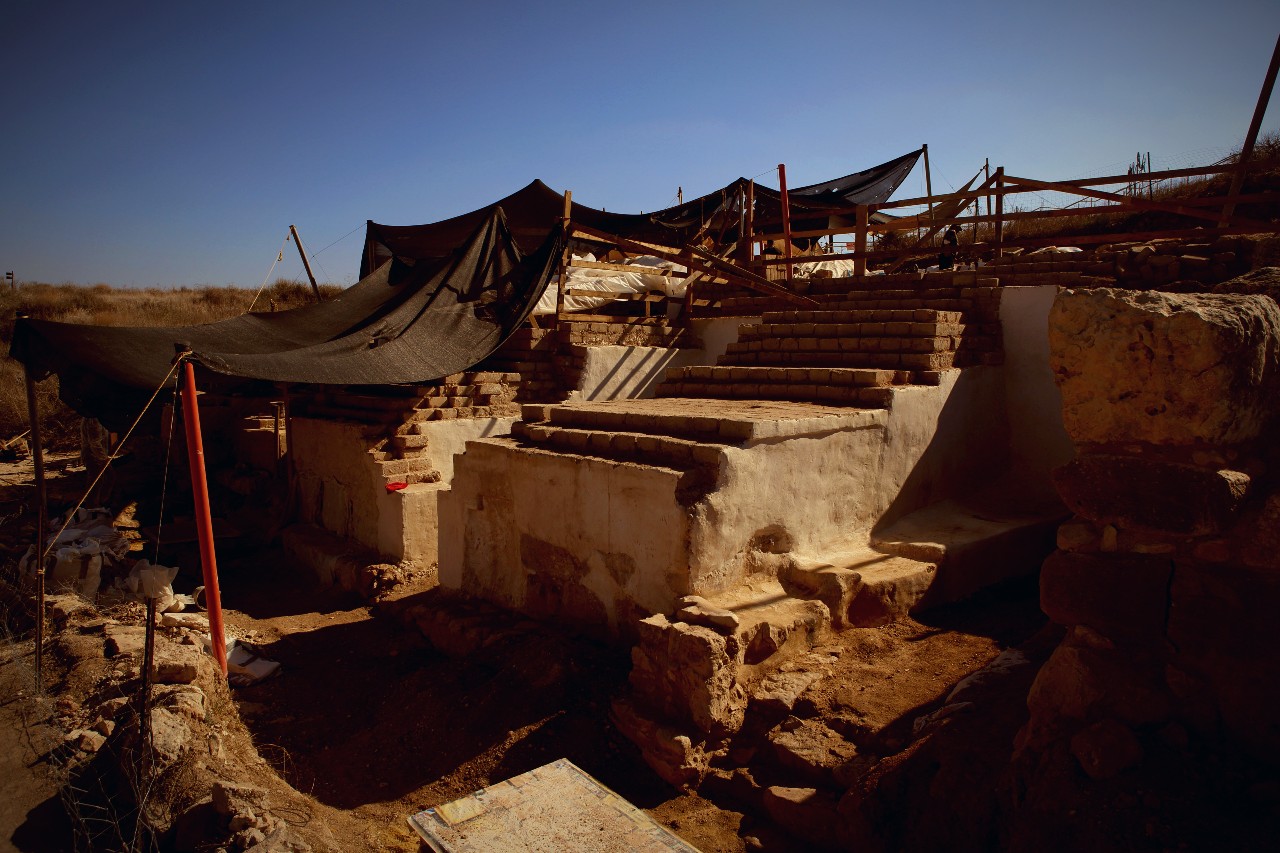 The archaeological site of Tel Lachish stands on a hill in the southern Judaean Hills. It was once a powerful city in the Kingdom of Judah that overlooked the ancient Via Maris trade route between Egypt and Jerusalem. The elevated city was surrounded on all sides by deep valleys that provided natural defense. Lachish is referred to several times in the Bible particularly in battles fought to occupy this strategically important city. Remains have been uncovered from several eras going as far back as the Neolithic period (8300-4500BC).

Early Bronze Age (3150-2200BC) - A small settlement occupied the site and gradually grew in size. Late Bronze Age (13th-12th century BC) - During the Canaanite period, Lachish prospered under Egyptian rule. The city spread down the slopes of the hill but was not fortified. By 1140-1130 BC, Lachish had been destroyed by either Israelites or the Sea People (Philistines) and its people were dispersed. For the next two centuries, the city stood abandoned.

Lachish during the Biblical Era

Lachish joined other Canaanite cities in the fight against Joshua in the Battle of the Amorite Kings. But Joshua was triumphant, and the Amorite cities were destroyed (Joshua 10-11). Joshua led the Israelites in conquering Lachish (Joshua 10:31-33) and destroying its Canaanite inhabitants.

From the 11th to 6th century BC, Lachish protected the Israelite Kingdom’s western frontier. This is referred to several times in the Bible including 2 Chronicles 11:5-12 when King Rehoboam (King Solomon’s son) fortified Lachish. The Bible also tells us how King Amaziah found refuge in Lachish in 767BC after being defeated by the Northern Kingdom (2 Kings 14).

Assyrians (8th-7th-century BC) - Assyria conquered the North Kingdom in 732 BC and destroyed most of the Israelite cities, while the southern Kingdom of Judah avoided destruction by becoming an Assyrian ally. This union did not last, and King Hezekiah turned against the Assyrians to fight for freedom. The Assyrian army, led by Sennacherib, arrived to quell the rebellion but King Hezekiah had fortified Jerusalem and other cities.

The Bible tells us that Sennacherib’s forces camped near Lachish (2 Chronicles 32:9-10).  Babylonians (610-538BC) - During the Babylonian era, Nebuchadnezzar destroyed all the cities in Judah. Jeremiah 34:7 tells us that Jerusalem, Lachish, and Azekah were the last cities to be destroyed marking the end of the Kingdom of Judah.

When the Persians defeated the Babylonians they allowed the exiled Israelites to return to the Holy Land and the cities were reconstructed, including Jerusalem and Lachish (Nehemiah 11:1,30).

The city rose and fell, and by the Hellenistic period, Lachish was abandoned.

The 8th-century BC Judaean city of Lachish was a large rectangular area on a hilltop with a palace-fortress at the center. The city was surrounded by fortified walls and had sloping approach roads along the hillsides. The roads led up to a large gated complex on the west side protected by towers. Sections of the city and fortified walls have been excavated and there are walking routes through the site that pass by the most important finds.

-The “Great Shaft” which was probably a cistern

-The reconstructed northwestern corner of the city wall

-Remains of the large palace of the Judaean governor

-The main street through the city

If you are interested in visiting Lachish, feel free to book one of our private tours. 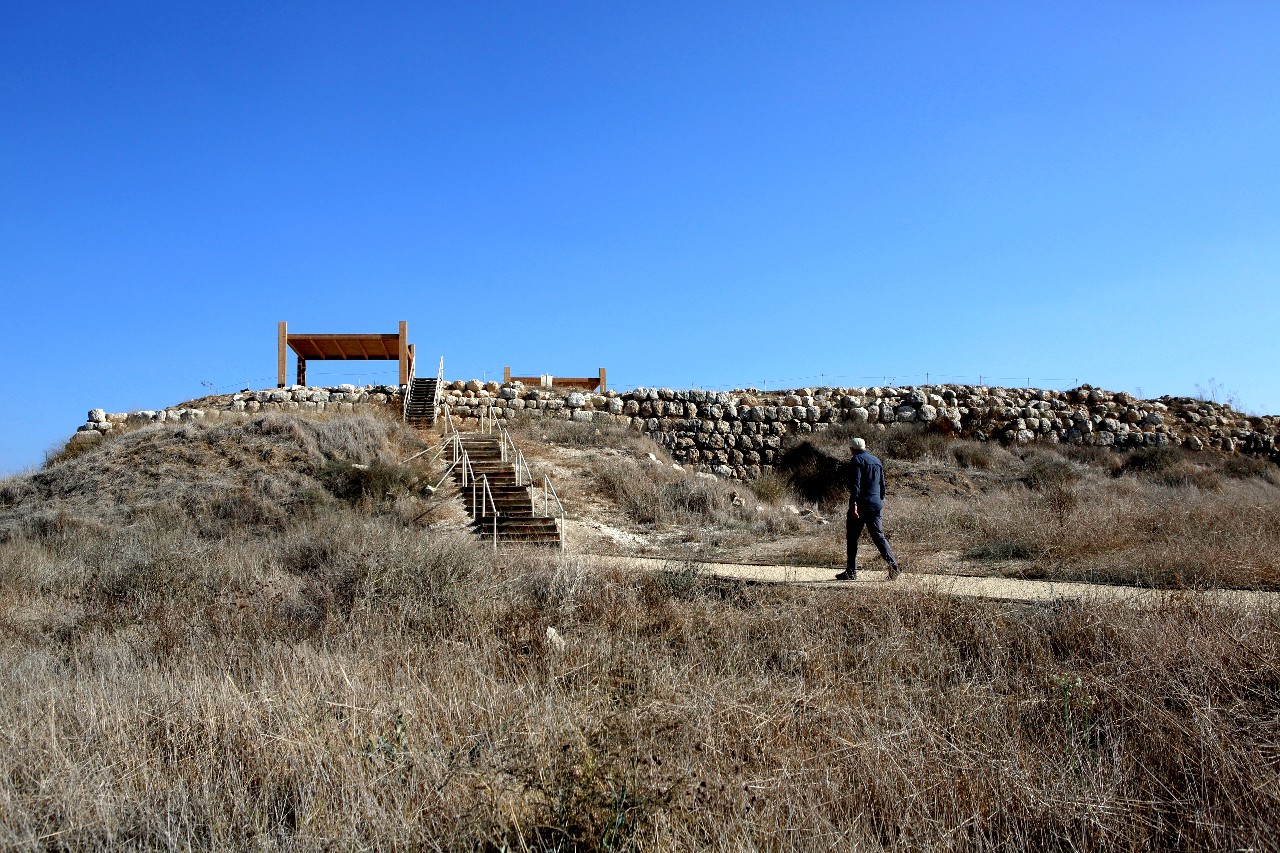