The Golan Heights are a range of mountains forming a natural border between Israel and Syria. In modern history the mountains have changed hands several times. Today the Golan is an area of forests, lush vegetation, farmlands, vineyards, hot springs, archaeological sites and quaint villages. The most unusual attractions are the former Syrian fortifications which have been preserved since being abandoned by Syria in 1967. From here there are stunning views looking down into Syria and back towards the Galilee.

History of the Syrian Fortifications on the Golan Heights

Syria gained independence from the French mandate in 1946 and the British withdrew from Palestine in 1948 which led to the establishment Israel. In 1948 Syria invaded the Golan in a simultaneous attack by six other neighboring Arab nations. The Syrians took the Golan and erected fortifications creating a military zone. Their fortifications included military camps, bunkers and settlements of military personnel.

From the vantage point overlooking the Jordan Valley and Hula Valley in Israel the Syrians had a strategic advantage over Israel and posed a constant threat. There were regular skirmishes, shelling of Israel villages and the Syrians even tried to divert the Jordan River in 1965 so that water would not flow into Israel. In 1967 a new attack was launched on Israel this time by Syrian, Egypt and Jordan simultaneously. The Six-Day War ended with Israeli troops beating back the Arab armies beyond their borders. The Israelis took the Golan Heights and Syrians fled back to Syria leaving the fortifications, villages and bunkers abandoned.

Following a renewed attack by Syria in 1973 a disengagement agreement was reached. The border between Israel and Syrian along the Golan Heights became regulated by UN observer forces and a demilitarized zone was created. Since then the delicate status quo on the Golan has been maintained and the Israeli Golan Heights have flourished into a productive farm area and tourist destination. The fascination with our Syrian neighbors has not waned; so close and yet so far! Today tourists enjoy exploring the fortified remains left behind by the Syrians in 1967.

Want to explore the Golan and get a chance to view Syria and the Galilee? join a Golan Heights Tour and visit the Syrian Fortification. 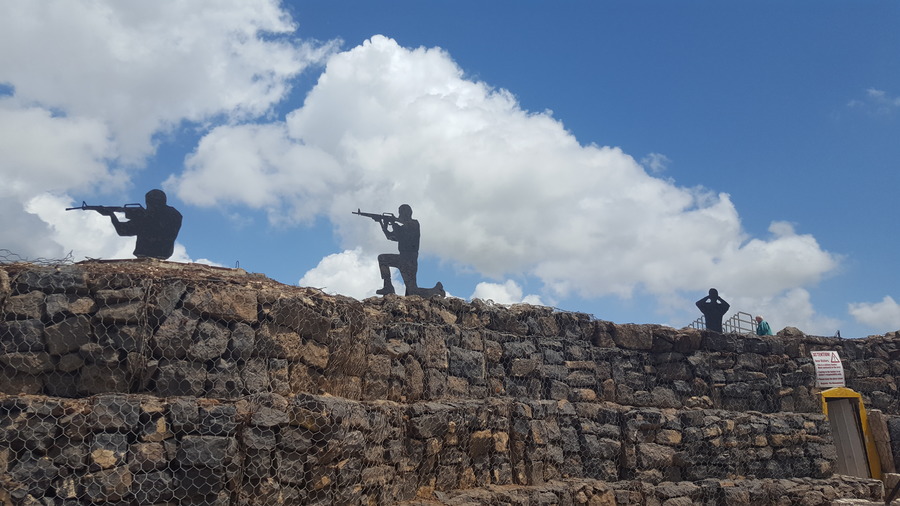