Nimrod Fortress is a historic site at the foot of Mount Hermon in northern Israel. The castle-fortress is perched on an 800m-high ridge surrounded by dramatic steep cliffs and is the largest surviving medieval castle in Israel. Nimrod Fortress is also called Nimrod Castle and Qal'at al-Subeiba in Arabic which literally means "Castle of the Large Cliff." Originally constructed in 1229 to protect the access route to Damascus, today Nimrod Fortress is a protected Israeli National Park.

The fortress dates back to the reign of Al-Aziz Othman, who took control of the region from 1218 to 1232. An inscription on the fortress walls confirms the name of the ruler at the time of construction. The fortress was hurriedly built in just three years as a defense against the arrival of German Kaiser Friedrich II's army in 1227. The structure was strategically positioned on an elevated ridge overlooking a road leading from the Hula Valley to Damascus. In 1253 Louis IX of France led the Crusaders in an attack on Nimrod Fortress but failed. Later when the region was under Mameluke rule Baibars had Nimrod Castle renovated and expanded. Baibars put Bilich in control of the region and he continued work on Nimrod Castle adding towers. The condition of the fortress declined after the expulsion of the Crusaders in 1291. Under the Ottomans, Nimrod Castle was used as a prison and in the 16th century, it was abandoned and used only by shepherds for shelter. The castle incurred damage from an earthquake that hit the region in 1759 and again the structure stood neglected until the 1920s when the French army made use of it. The French opened the western wall of the fortress creating an entrance that has remained until today. During the 6 Day War in 1967, the Syrians used the fortress as an artillery observation point and the structure incurred damage. In more recent history Nimrod Fortress has been restored and is protected as a national park.

Today Nimrod Fortress is a national park where visitors can take in the view of the Galilee and Hula Valley from the western tower. Also, see the keep where is the highest part of the castle and offers views of Mount Hermon and the Golan. The northern tower is a look-out point facing the Israeli-Lebanese border. Of special interest is the Baibars inscription near the western gate dating back to 1275; the 4-story south-western tower; the water cistern; the seven-sided "beautiful tower"; the keep; the moat; the northern tower; the western gate and the secret passage down a 27-meter flight of stairs. In addition to the beauty and history of Nimrod Fortress the area surrounding it has precious natural groves of oak trees, unique flora and fauna plus rare salamanders live in the castle's water cisterns.

Want to see the view from the Fortress? join a Golan Heights Private Tour. 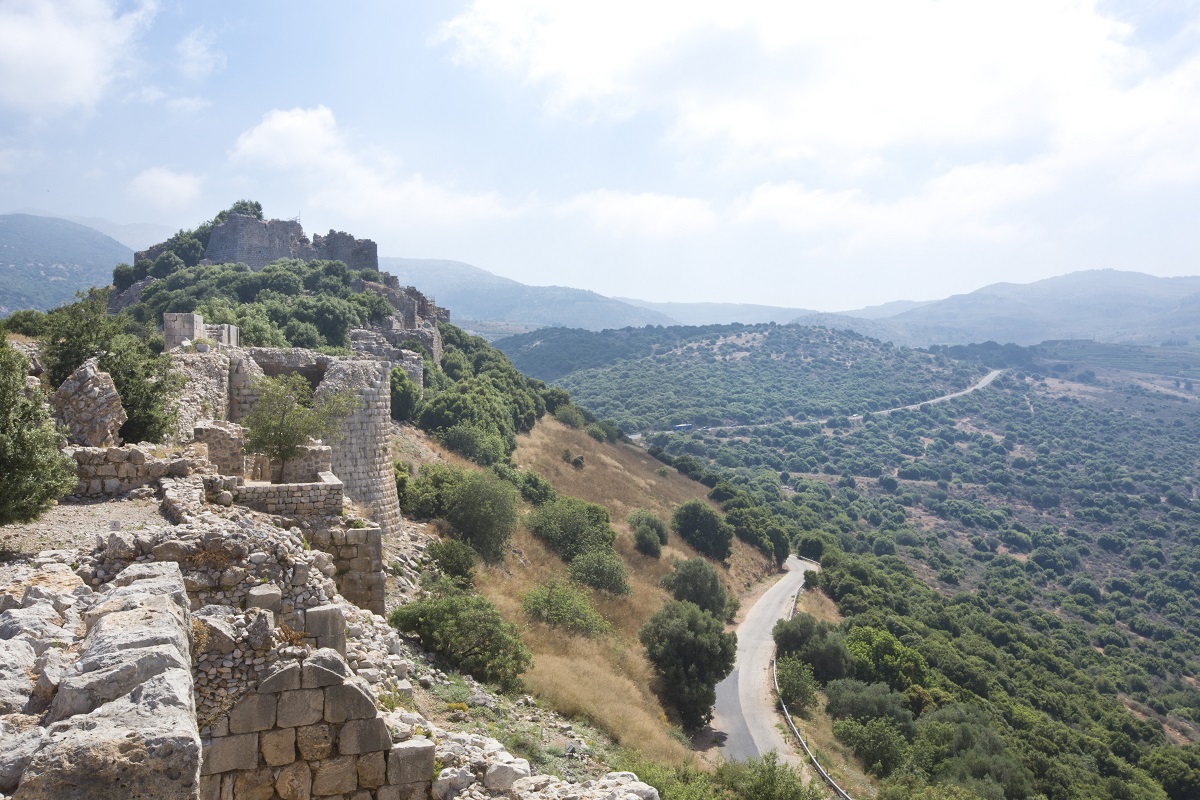