Katzrin (or Qatzrin) is a small Israeli city in the Golan Heights. To the south Katzrin looks down on the Sea of Galilee and to the north is Israel’s highest peak, Mt. Hermon. Katzrin is famed as the site of archaeological remains that show that the settlement was inhabited as early as the Middle Bronze Age. The most substantial archaeological discoveries date back to the 3rd-8th centuries when Katzrin was a thriving Jewish village with a beautiful synagogue.

The village is thought to have existed here until being destroyed by an earthquake in the mid-8th century, abandoned by the Jews and resettled by the Islamic Mamluks who built a mosque on the remains of the synagogue. In the 1970s excavation commenced and the Talmudic Village of Katzrin was excavated and reconstructed.

The Talmudic Village of Katzrin

The Talmudic era is the period in the 4th century when the Talmud, the Oral Torah of Jewish law was written by sages. It was during this period that the Jewish village of Katzrin existed. Today visitors can walk through the reconstructed village created out of excavated remains. You can see what everyday life would have been like in a 4th-century Jewish village, see restored ancient olive presses, a wine press and replicas of typical household objects. The village is brought to life by costumed guides. It is possible to arrange activities in the village like olive pressing, winemaking, wheat milling, bread baking and pottery making. 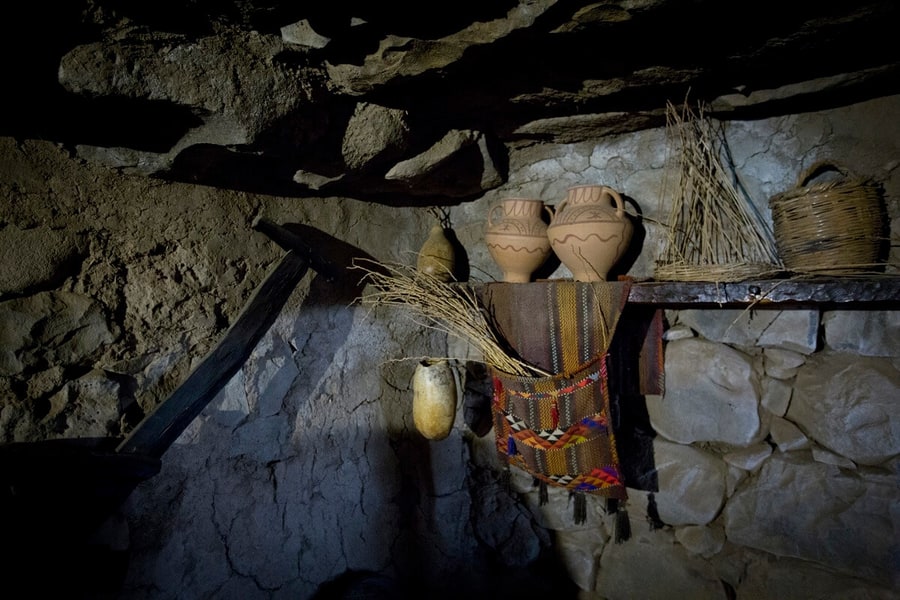