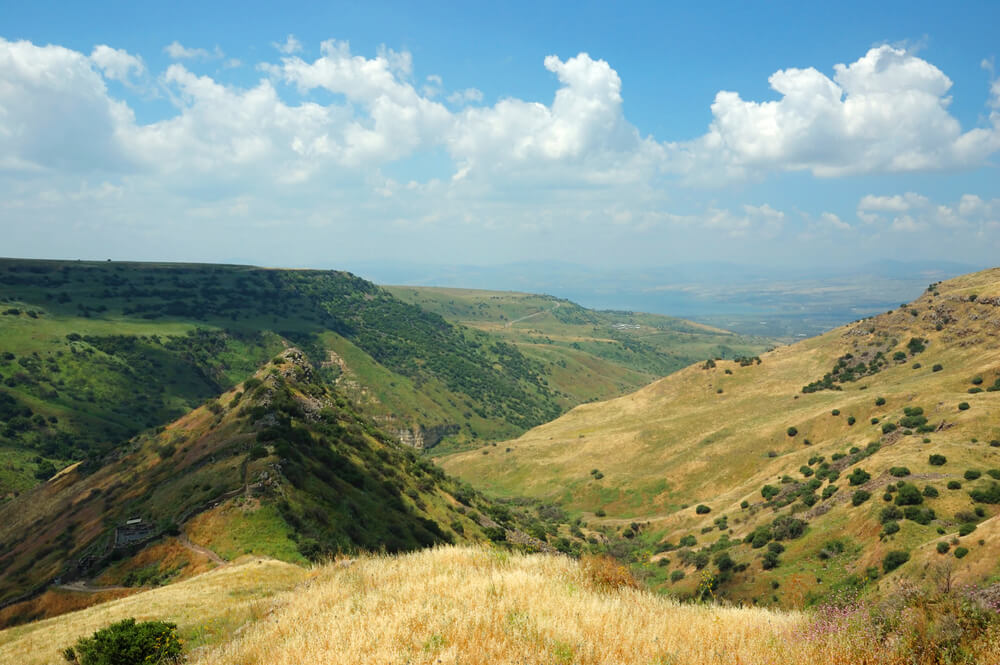 Situated high on a hill in the Golan Heights, is the Gamla Nature Reserve. It offers the visitor beautiful scenery, varied flora and fauna, unique bird-watching opportunities, fascinating archaeological ruins and unparalleled views of the Sea of Galilee.

Historically, early settlers (in around the 1st century BCE) named the area ‘Gamla’ because the steep hill on which it is situated resembles a camel (in Hebrew ‘gamal'). Jews settled the area but the Romans eventually took the city, using battering rams to break through the fortifications. Thousands of inhabitants were killed and many chose to jump off the cliff, rather than surrender.

Today, the nature reserve contains 325 species of plants, including the Jerusalem Autumn crocus, Mountain Star of Bethlehem, Persian cyclamen. It boasts trees such as the Mount Tabor Oak, Judas tree and Christ’s Thorn Jujube and wildlife such as the Palestinian mountain gazelle, wild boar, and grey wolf.

The reserve is also an ornithologist’s delight since it contains the largest colony of griffon vultures in Israel. Hikers can walk along a ‘Vulture’s Trail’ which leads to a bird-watching post, directly on the cliff face. These majestic creatures average an astonishing 3 meters in length. Because their population is dwindling, griffon vultures from Spain have been brought into the reserve. Talks about this program are given daily (both in Hebrew and English).

From the vulture lookout,  it is possible to cross into Mount Gamla. Visitors can follow signs to the ancient path - today a hiking trail which takes about 90 minutes and offers spectacular views of the Sea of Galilee. Gamla also contains the tallest waterfall in Israel - 51 meters high, it flows year-round and can be reached by a 45-minute hike from the entrance.

Excavations in Gamla have unearthed iron arrowheads, Roman catapult stones and - amazingly - the remains of an ancient synagogue from the Second Temple period, the oldest found in Israel to date. It is actually possible to tour the ancient town of Gamla by bus now since a narrow road has been built.

Archaeological digs also show the remains of human life from different periods. Of particular interest are over 760 dolmens (ancient burial mounds), found in the north of the reserve, close to the Daliyot stream.  Built out of huge stone slabs, they resemble large tables. The assumption is that they were once used to bury elite members of the community.

Gamla is 20 kilometers south of Katzrin (the capital of the Golan) and entrance to the reserve costs 28 NIS. To explore Gamla, book our Golan Heights private tour. 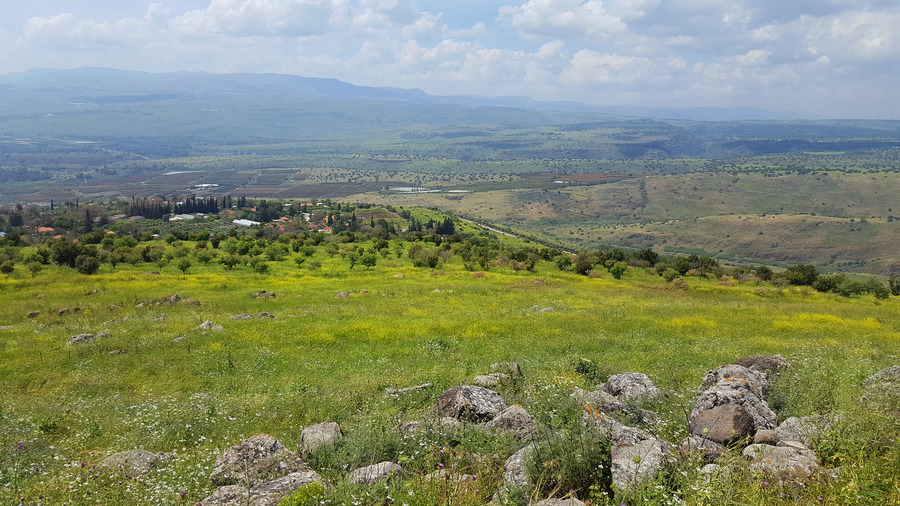