The Yehudiya Forest is located above the Sea of Galilee in the central Golan Heights. The forest is protected within the Yehudiya Nature Reserve by the Israel Nature and Parks Authority and covers a landscape of deep ravines, waterfalls, canyons and a magnificent forest of Mount Tabor oak trees. This is one of the largest nature reserves in the Golan and is treasured for its geological diversity. The streams that run through the park are vital to the drainage basin of the Sea of Galilee and the reserve is home to abundant flora and fauna.

The forest of Mt. Tabor oak trees covers an area between Katzrin and the Sea of Galilee and hike trails run through the forest and past the highlights of the park. In among the forest trees grow wild oats and barley. You will find the park landscape includes jujube bushes, almond trees reeds, myrtle bushes, willow trees, oleanders, areas of savannah and Christ’s thorn jujube trees.

In the winter there is an abundance of wildflowers including anemones and cyclamens. You can also see the Golan iris which is unique to this area. The nature reserve is a protected habitat of deer, foxes, wolves, jackals, wild boars and raptors such as vultures. Herds of wild boar live in the Yehudiya Forest. There are over 170 species of animal in the reserve including about 110 bird species.

The park is home to a unique phenomenon known as basalt hexagons. Thousands of years ago when the Golan Heights were formed cracks split the lava as it coagulated creating tall hexagonal pillars of rock. Over the course of time the elements have further shaped and smoothed the basalt pillars. The basalt hexagons can best be seen at Brechat HaMishushim (Hexagon Pool). You can also see examples of these fascinating rocks along the Zavitan Stream and at the Ayit Waterfall.

The park has a number of waterways including the Meshushim Stream (the lower part of the Daliyot Stream); the Yehudiya Stream and the Zavitan Stream. In places, the streams are flanked by towering cliffs and form waterfalls and natural pools. The streams in the Yehudiya Nature Reserve flow year-round. The Yehudiya Stream flows along a deep canyon. Falling rocks from the canyon cliffs have caused sections of the canyon to be closed but there is an alternative route upstream leading to the Yehudiya Falls.

The parks another major stream is the Zavitan Stream that runs through a deep canyon where the En Nataf Spring drips down the cliffside like a curtain. The Black Gorge is in the Zavitan Stream canyon and consists of a series of waterfalls. Intrepid visitors can cross the waterfalls by rappelling. To venture into the Black Gorge you will need to register in advance with the nature reserve office. See the Ayit Waterfall, one of the highest and most beautiful in the region. You can follow the “Waterfalls Route” along Road 808 to see the park’s waterfalls from lookout points.

There are a number of archaeological sites within the reserve including the ruins of a former Syrian village, Yehudiya Village. This ancient village looks down on the Yehudiya Stream from the cliff tops and like other ancient structures in the Golan the village houses were built of basalt rock. Also within Yehudiya Nature Reserve are the remains of several Byzantine synagogues and ancient burial stones (dolmens) from the 3rd millennium BC.

The most popular activity in the nature reserve is hiking. There are marked paths that give access to the most interesting parts of the park and several “wet hikes” where you can walk in the streams as you follow the route. Some areas of the park are closed for the conservation of the wildlife populations. Visitors can camp within the park at an organized campground situated at the park entrance where the hike trails start. 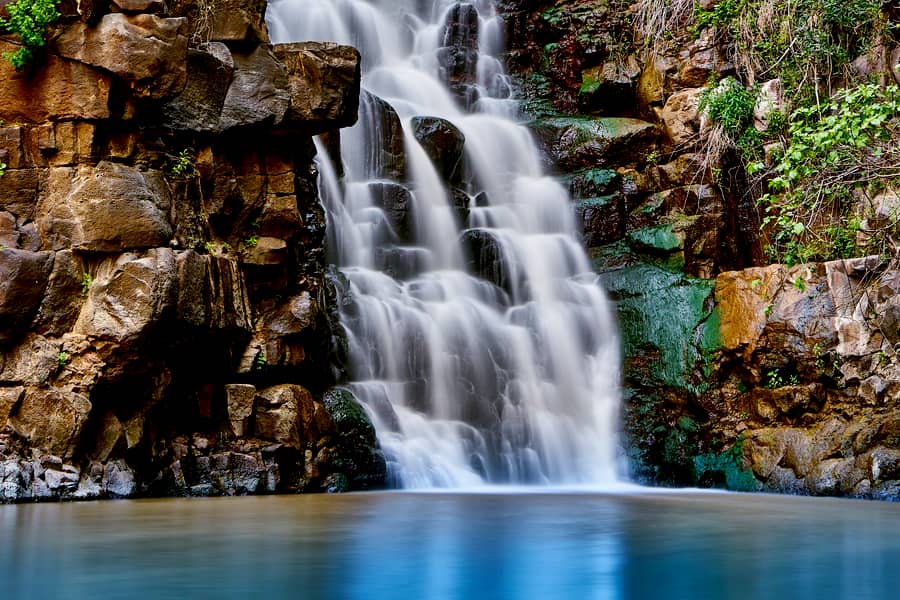