The Most Recommended Trips to Israel

Israel may be a small country but it is packed with some of the most fascinating historical landmarks, natural wonders, holy sites and vibrant modern cities. There is so much to see; delicious foods to try and unique people to meet that you could stay in Israel for years and still not cover it all! To help you plan your time in Israel here are some of the most recommended trips for travelers that want to discover the magic of this magnificent country. 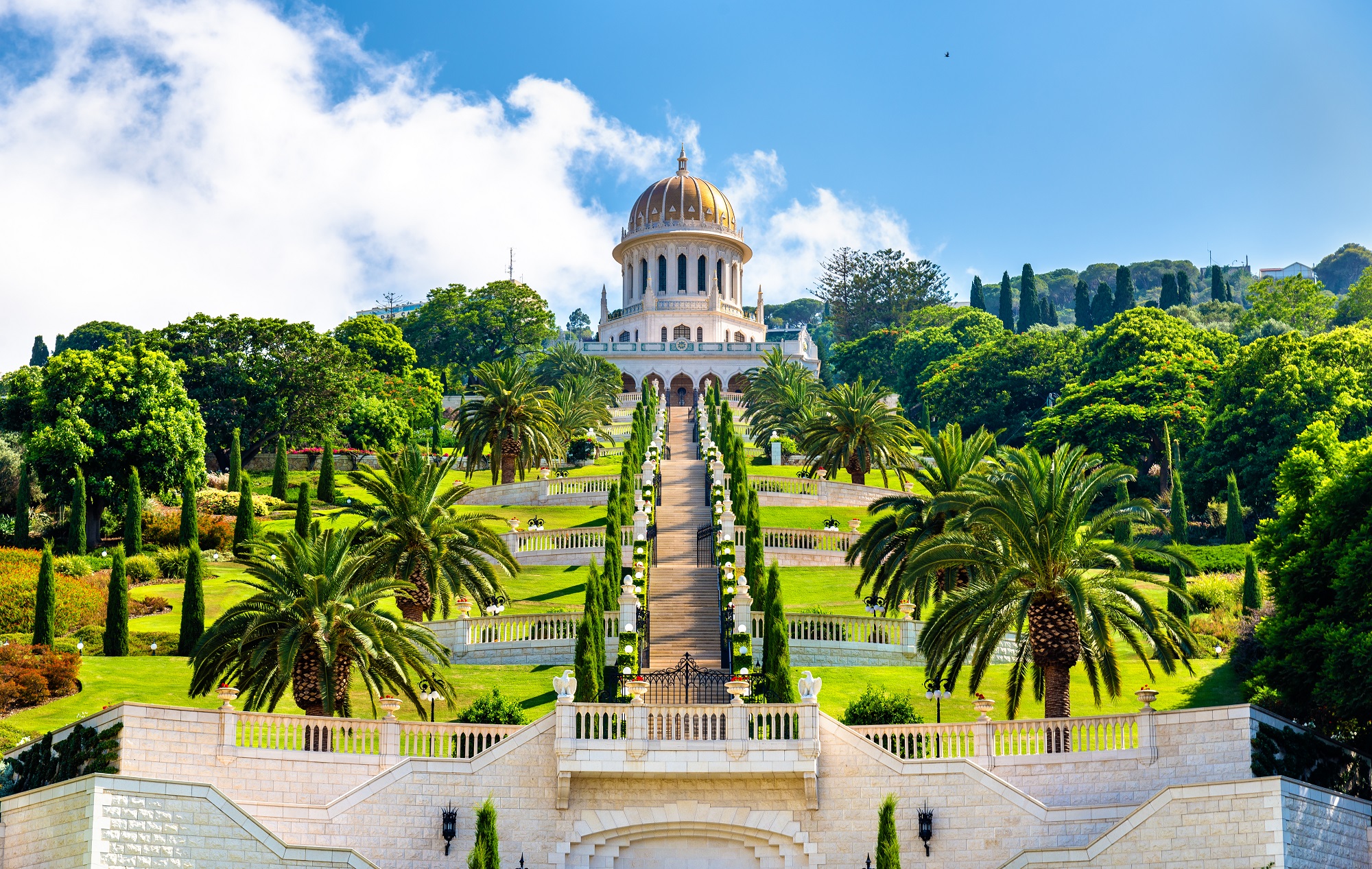 Most Recommended Israel Trips for Christians

Whether you visit Israel as a Christian, Jew, or Muslim; whether you have come to explore the culture, history, or natural wonders there are a few must-see sites that every visitor to Israel should include. Must-see Israel destinations are Jerusalem, Tel Aviv, the Dead Sea, and the Sea of Galilee. If you have more time, then include Bethlehem, Masada, Jericho, and Eilat in the south plus Caesarea, Haifa, Acre, Rosh Hanikra, and the Golan Heights in the north.

Trips to Jerusalem for Christians - Christians traveling to Israel should make a beeline for Jerusalem, a city packed with biblical landmarks. One of the most popular trips in Israel follows in the footsteps of Jesus. On the Mount of Olives see the Garden of Gethsemane, the Church of All Nations, the Pater Noster, where Jesus taught his followers the Lord's Prayer, and Dominus Flevit, where Jesus looked out across Jerusalem.

In the Old City of Jerusalem, you can explore the Armenian Quarter; walk through the Jewish Quarter, home to the Byzantine Cardo and stop at the Western Wall, the most sacred Jewish site in the world. Walk along the Via Dolorosa, a route that Jesus walked with 14 Stations of the Cross as he carried his cross towards his crucifixion at Calvary. 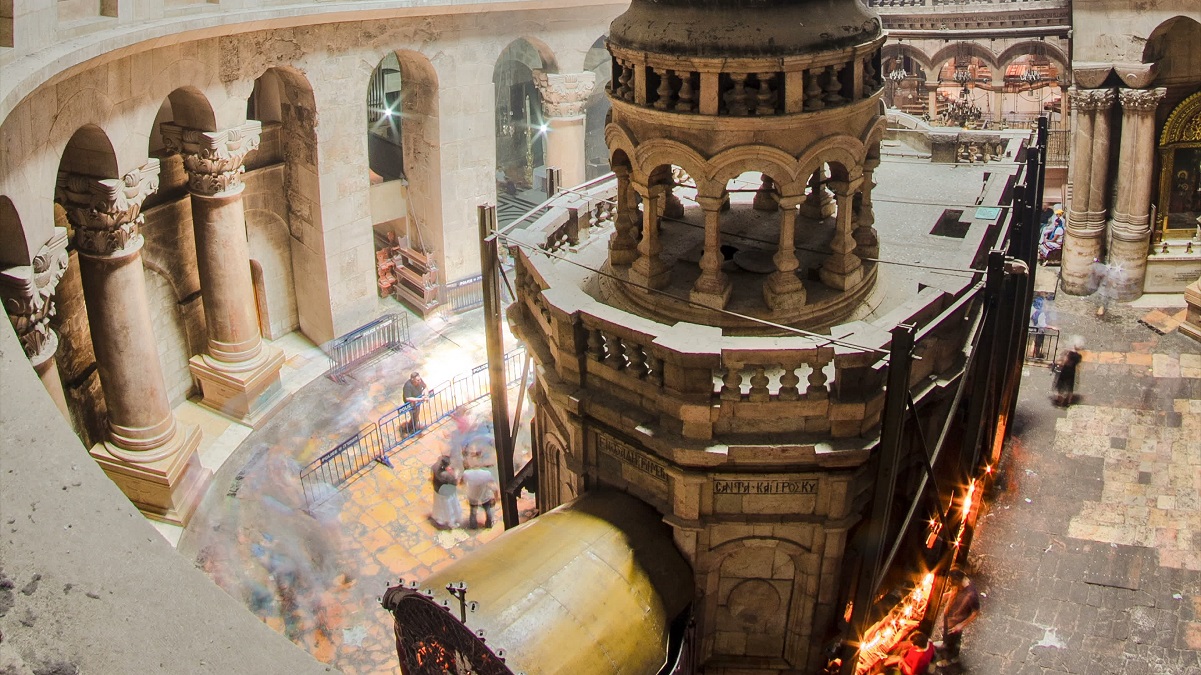 Church of the Holy Sepulchre, the Aedicule. Photo credit: © Shutterstock

Today Calvary, as well as Christ's tomb is within the massive 4th century Church of the Holy Sepulchre. Just outside the walls of the Old City is Mount Zion, the site of the Room of the Last Supper. If you have more time you could visit the modern city of Jerusalem, the Holocaust Museum, the Israel Museum; Mahane Yehuda Market, and Jerusalem's archaeological sites.

Trips to Bethlehem for Christians

On your trip to Israel, you could consider combining a half-day trip to Jerusalem with a visit to either Bethlehem, Jericho or the Dead Sea. Bethlehem is a town in the West Bank Palestinian Authority Area and so most travelers choose guided tours to Bethlehem for safety and convenience.

In Bethlehem, you can stop in Manger Square and spend time in the Church of Nativity, which was built around the Holy Grotto where Jesus was born. In the adjacent St. Catherine's Church, there are underground chambers holding shrines and memorials. While in Bethlehem stop at the Milk Grotto where it is said that Mary nursed baby Jesus. 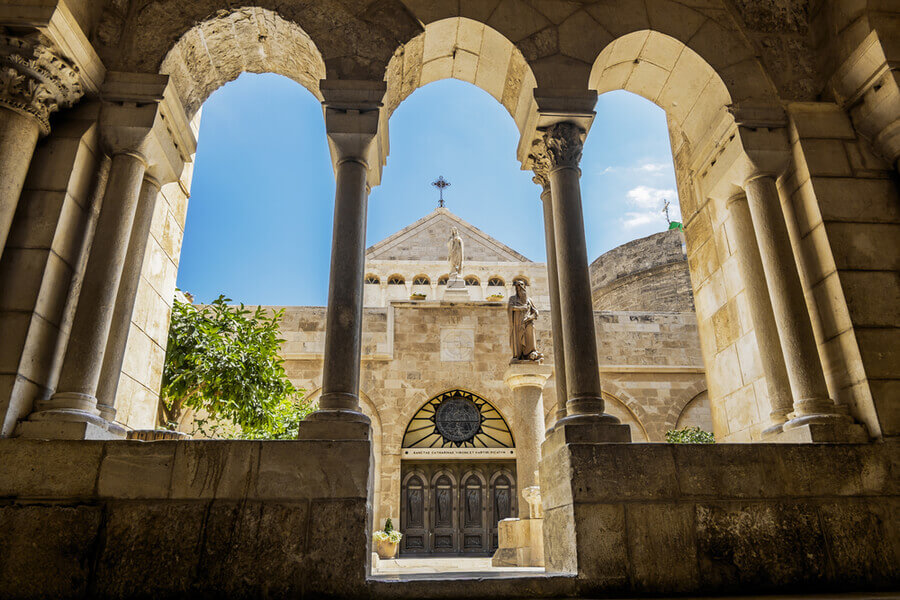 Trips to Galilee for Christians

Galilee is second only to Jerusalem for its concentration of biblical sites. Travel through the verdant countryside of rolling hills, farmlands, and forests to the Sea of Galilee. You can travel around the shores of the sea stopping to see where Jesus gave the Sermon on the Mount on the Mounts of Beatitudes, Capernaum, where Jesus lived during his ministry, Cana, where Jesus turned water into wine and Tabgha, the site of the Multiplication of Loaves and Fish.

All of these Christian sites are marked by beautiful churches. Nazareth, the town of Christ's childhood is also in Galilee and today is home to the Church of Annunciation where an angel Gabriel told Mary of her future child. While in Nazareth visit the Church of St. Joseph, built on the site where the Holy family once had their home and Joseph's carpentry. Your Israel trip could include being baptized in the Jordan River at Yardenit at the foot of the Golan.

Most Recommended Trips for Jewish Travelers in Israel

Like Christian travelers, Jews visiting Israel will want to spend time in Jerusalem where so much Jewish history unfolded. 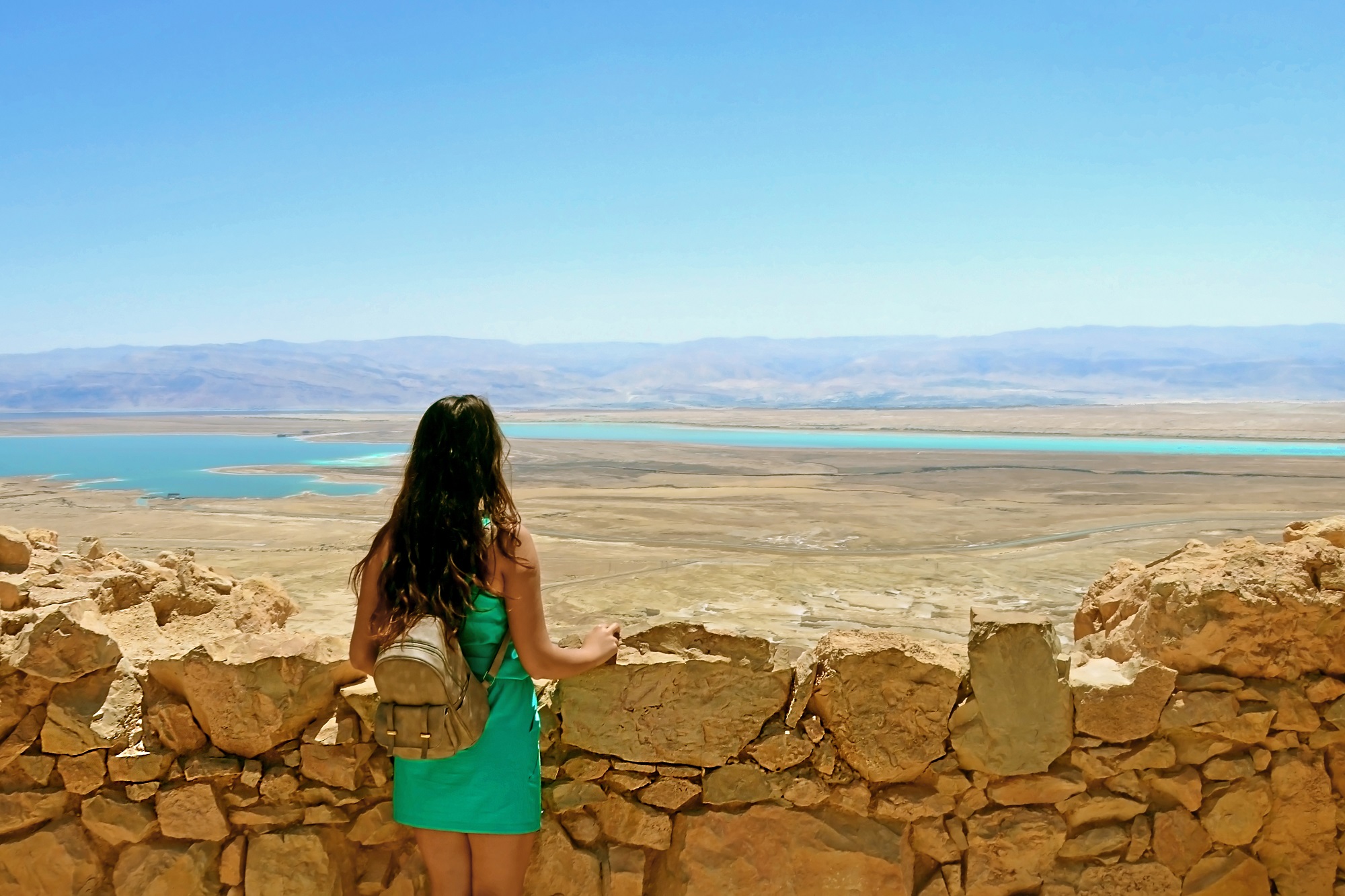 A tourist in Masada looking at the Dead Sea, Israel. Photo credit: © Shutterstock

Trips to Jerusalem for Jewish Travelers

Highlights for Jewish visitors to Jerusalem include the Western Wall and the Tomb of King David on Mount Zion. While in the Jewish Quarter of the Old City you can visit four 17th-18th century Sephardi synagogues.

Delve deep into the history of Jerusalem and go underground to the excavated City of David, the original Jerusalem settlement dating back to the Bronze Age and Iron Age. Some trips to Israel combine a day in the Old City with a visit to Yad Vashem Holocaust Museum. The museum holds an overwhelming amount of authentic documents, historic photographs, artifacts, and video testimonials from Holocaust survivors.

Jewish travelers will no doubt be interested in seeing the Knesset, Israel's parliament building, and the Mount of Olives where there is a 4,000-year-old Jewish cemetery facing the Old City.
From the Mount of Olives, you can look out across the Old City to Temple Mount where the holy Jewish Temple once stood, and also see three monolithic ancient Jewish burial tombs in Kidron Valley. 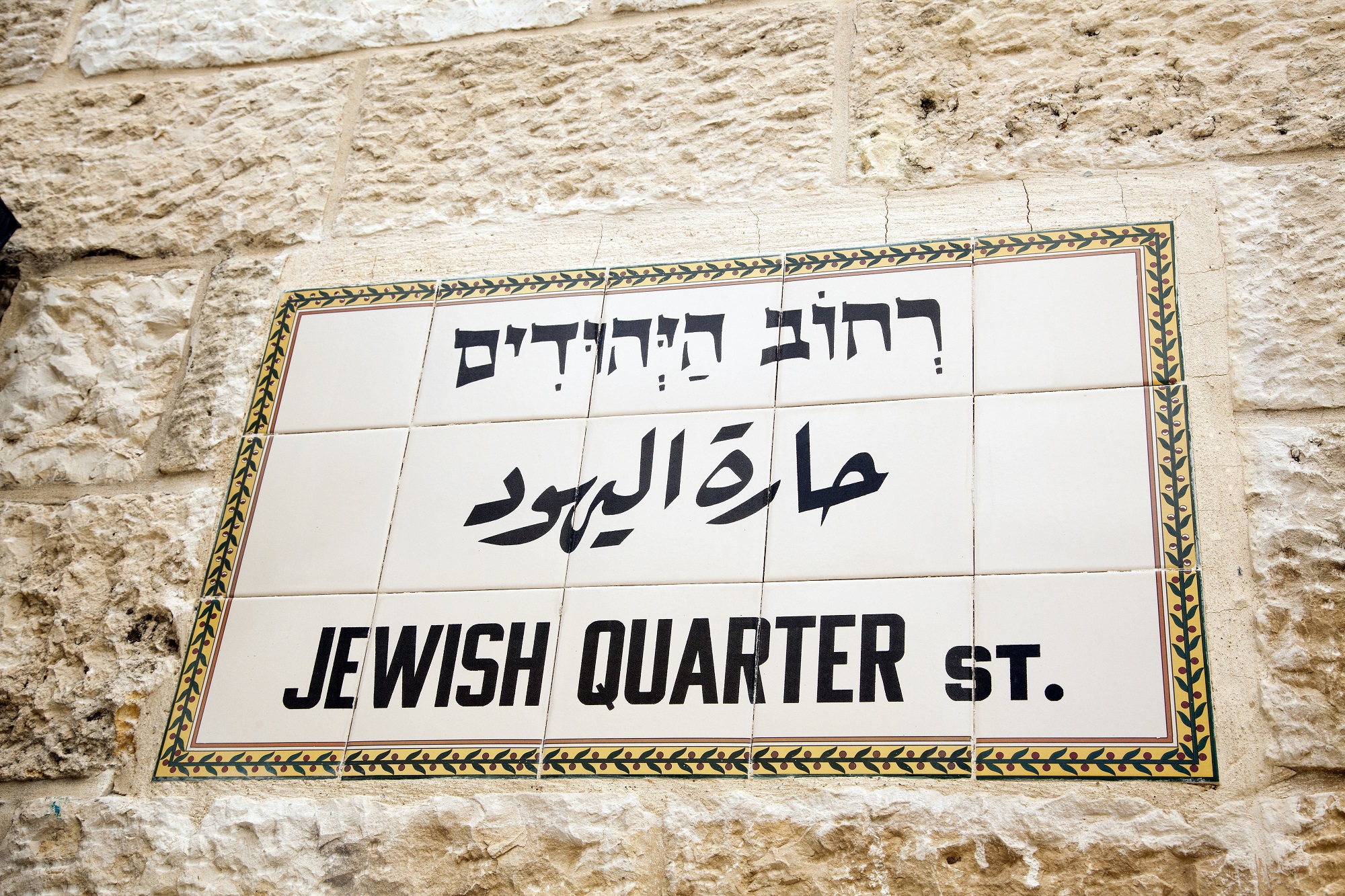 The Jewish Quarter in the Old City of Jerusalem. Photo credit: © Shutterstock

Jews have an intrinsic connection with Israel; almost every landmark in Israel has some significance for Jews – be it biblical, historical, or modern. Jewish travelers should make a trip to Masada, a rock outcrop rising out of the Judean Desert and overlooking the Dead Sea.

Visitors can take a cable car to the summit of Masada where King Herod built a massive palace-fortress in 31-37BC. Much of the complex has survived thanks to the dry climate and remote location. Masada was also the site of a significant event in Jewish history during the First Jewish-Roman War (73-74AD) when Sicarii Jews took refuge on the mount.

They remained on Masada, under siege by Roman troops until the standoff ended in a mass suicide as the Jews chose to die rather than submit to the Romans. Visitors can combine a trip to Masada with time at the Dead Sea; a visit to Qumran where the Dead Sea Scrolls were discovered and perhaps also visit Ein Gedi, a modern kibbutz, a nature reserve, and desert oasis. 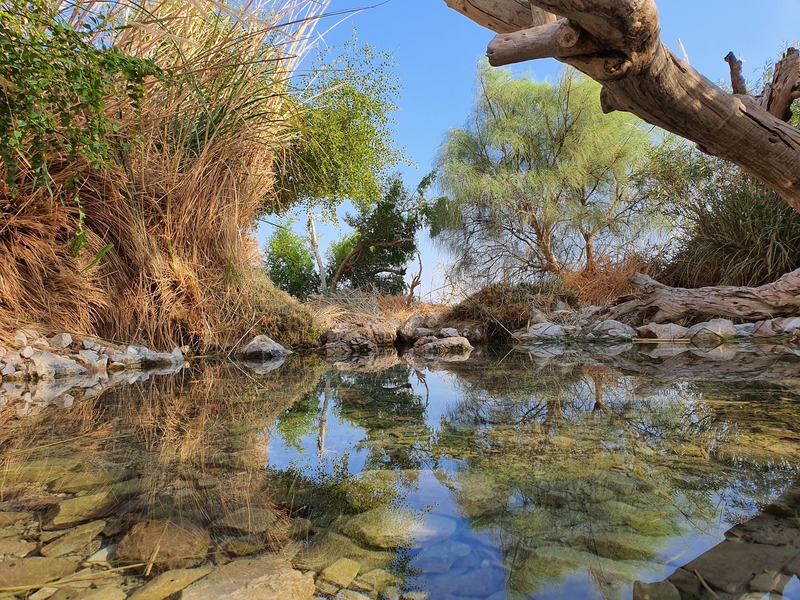 A top recommended trip to the Galilee and Golan for Jewish travelers focuses on attractions like the Shalom Observatory; Katzrin, where there is an excavated Talmudic-era Jewish village; the Golan Antiquities Museum where you can learn about the ancient Jewish city of Gamla and Mt. Bental, site of abandoned Syrian bunkers and trenches.

A classic trip to Northern Israel includes a drive up the coastal road stretching along the Mediterranean Sea, stopping briefly in Caesarea to see where Herod built his port city 2,000 years ago and a stop in Haifa to marvel at the breathtaking Bahai Gardens which cascade down Mount Carmel on 18 perfectly symmetrical terraces.

A little further up the coast is Acre, one of the most interesting and beautiful old cities in the country. The Old City has been built and rebuilt over the years with the Crusaders and Turks leaving a lasting impression. On your trip to Israel be sure to visit the Old City Market and the underground Crusader city in Acre. Continuing up the coast to the most northerly point on the border with Lebanon you can visit Rosh Hanikra, a complex of white limestone sea caves. 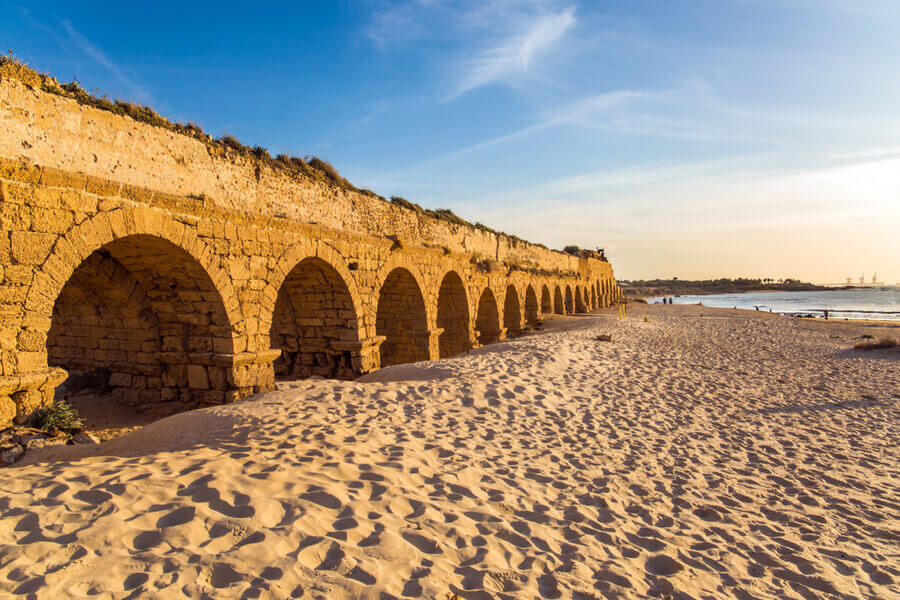 Trips for Fun and Sun in Israel

If you're not coming to Israel for the culture, history, or religious sites then you should head for Tel Aviv, a vibrant modern city with a dynamic nightlife and parties that end as the sun comes up. In Tel Aviv, you can party all night and spend the days on the beach, in local sidewalk cafes, bars, art galleries, and markets.

Tel Aviv has a thriving LGBT community and the city is extremely inclusive and cosmopolitan. When you've had enough of the "Big Orange" head south to Eilat, Israel's ultimate beach resort city on the edge of the Red Sea. Here there are endless beach attractions, watersports, resort hotels; a Dolphin Reef, and even a mall built around an ice rink. Eilat is also a tax-free port so it's perfect for shopaholics.

Recommended Trips for a Pampering Tour of Israel

If you'd rather not negotiate the public transport system or battle on the highways with Israeli drivers, then spoil yourself with a private guided tour on your trip to Israel. If you take a private tour of Israel, you can pick and choose the destinations that interest you most; you can determine how much time you spend in each place and you will have a driver at your disposal to get you to and from each attraction.

Private tours offer a recommended itinerary which you can then adapt to suit your interests and schedule. The same goes for cruise travelers arriving in Haifa or Ashdod where you can take a private guided tour straight from the port to your chosen destination and be back in time to join your ship for departure. If you are interested in Israel Shore Excursions, make sure you choose a trustworthy Israeli tour operator. 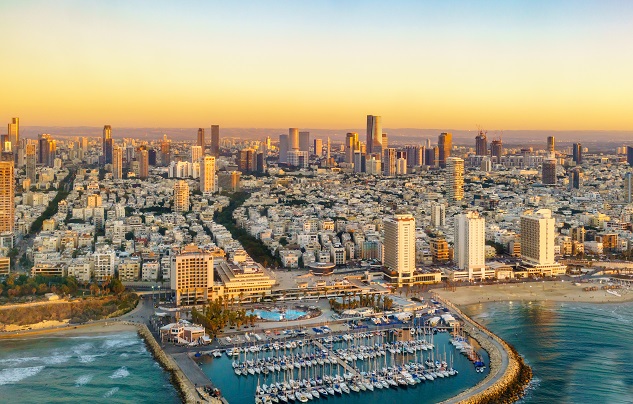