Visiting Israel is a rite of passage for most Jews who come here to discover their heritage. Israel is the Jewish Promised Land and the spiritual heart of Judaism. Historical Jewish landmarks include the sites of Old Testament battles, must-see synagogues, and excavated ancient Jewish cities. 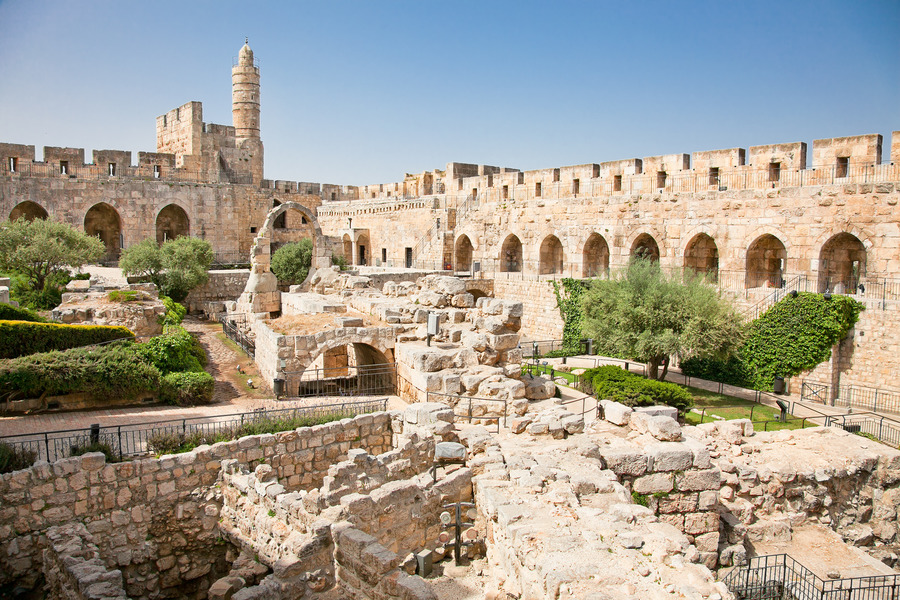 Masada - On a Masada and the Dead Sea Tour you can see Herod’s Masada fortress.  And learn about the 74 AD Jewish-Roman stand-off that made Masada is a symbol of Jewish heroism.

City of David - Go on a City of David &Underground Jerusalem Tour to explore the spectacular archaeological site of King David’s city built over 3,000 years ago. You can also discover thousand-year-old subterranean water channels.

Tower of David - The iconic citadel stands at Jerusalem Old City’s Jaffa Gate. It dates back to the Ottoman and Mamluk periods and houses an important museum. The structure has become a prominent symbol of Jerusalem.

Western Wall - On a Jerusalem Old City Tour, stop at the Western Wall; the last remaining part of the Jewish Holy Temple that stood on Temple Mount until 70 AD.

Tomb of King David - On a Jerusalem Old City and Mount Zion Tour you can visit David’s Tomb which is sacred to Muslims, Jews, and Christians.

Israel is a bucket list item for most Christians. Here you can walk in Christ’s footsteps and explore top historical Christian landmarks on a Jerusalem Old and New Tour. Standing on the paved streets of Jerusalem, where Jesus may have walked, is a truly surreal experience. Discover places in the Galilee where Jesus spent his ministry by joining a Sea of Galilee, Cana, Magdala & Mt. of Beatitudes Tour. Israel is the top Christian destination in the world and offers a once-in-a-lifetime pilgrimage experience. 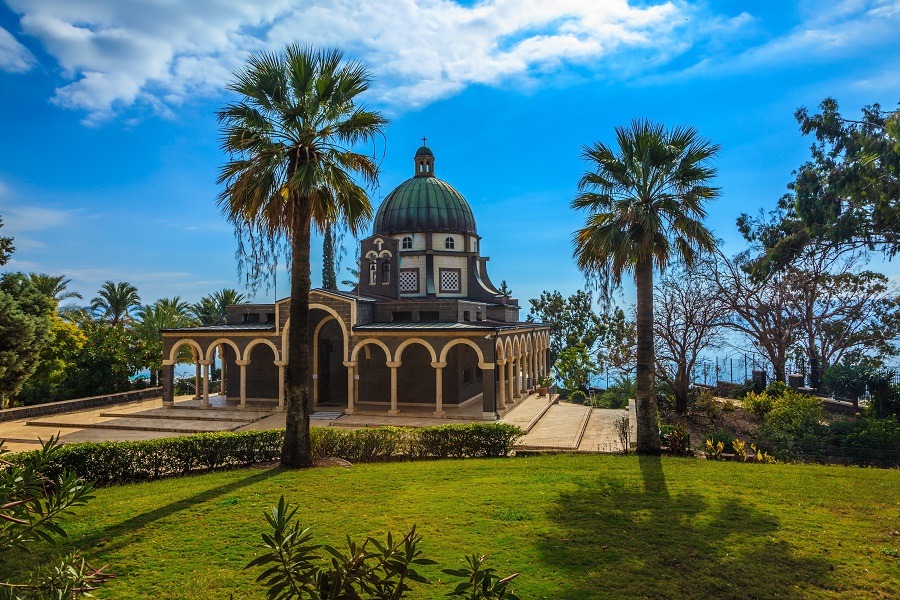 Capernaum - Once a fishing village where Jesus spent his ministry, Capernaum is one of the most sacred Christian pilgrimage sites in Israel.

Mount of Beatitudes - On this picturesque hill overlooking the Sea of Galilee, Jesus delivered his Sermon on the Mount. Today an impressive church stands majestically on the mount.

Church of the Holy Sepulcher - The number one Christian landmark in Israel is the Holy Sepulchre. This 4th-century church in Jerusalem’s Old City holds Christ’s tomb and Golgotha.

Church of the Annunciation - On a Nazareth and Sea of Galilee Tour visit the top Nazareth attractions including the Church of Annunciation where the Angel Gabriel appeared before Mary.

Golgotha - Today, the site of Christ’s crucifixion is within the awe-inspiring Church of the Holy Sepulchre. Visitors can see the place where Christ’s cross stood and worship at the lavish Chapel of Mount Calvary.

Tomb of Mary - Nestled in the Kidron Valley, between the Mount of Olives and Jerusalem’s Old City is the Tomb of Mary. According to Eastern Christian tradition, this was the burial place of the Virgin Mary.

Islam has a rich history in Israel. Many Israel tourist attractions date back to powerful Muslim dynasties that left behind them monumental structures, like Jerusalem’s Old City walls. On a Jerusalem Temple Mount & Dome of the Rock Tour, you can see the magnificent Islamic landmarks on Temple Mount. Jerusalem is the third-holiest city in Islam and is associated with the Prophet Muhammad’s miraculous Night Journey. Israel is a top destination for Muslim tourists wanting to explore historic Islamic sites. 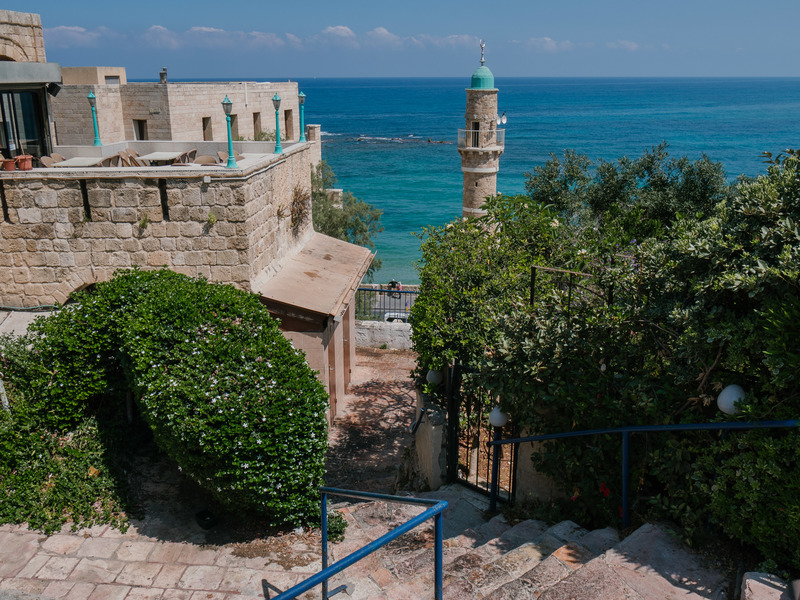 Acre - The ancient port city of Acre has a jaw-dropping underground Crusader city worth visiting although it is not a Muslim heritage site. Above ground are Ottoman structures like the Turkish baths and the beautiful White Mosque, also called the Al-Jazzar Mosque.

Jaffa - Discover Muslim sites in the historic port city of Jaffa. Explore Jaffa’s Islamic roots and see the Mahmoudiya Mosque, the Mosque of the Sea, and the Hassan Bek Mosque.

Temple Mount - This is the ultimate, must-see historic Islamic landmark in Israel. Temple Mount is home to the mesmerizing Dome of the Rock, and Al-Aqsa Mosque.

Mount Carmel - The beautiful mount Jabal Al-Karmel near Haifa is the site of the tomb of Nabi Shuaib, the Druze prophet Jethro.

Karnei Hattin - See for yourself where the battle of Hattin took place and where the Muslim leader Saladin defeated the Crusaders.

Bethlehem - The site of the nativity is not only a Christian landmark, it is also sacred to Muslims. In Islamic tradition, the prophet Jesus (Nabi Issa) was the precursor to the prophet Muhammad. The Quran describes Christ’s birth in Bethlehem.

Israel has it all! Top Israel tourist attractions will enchant you with their beauty and historical and religious significance. A visit to Israel can be a life-changing experience for Christians, Muslims, and Jews. Life’s too short to miss this one-of-a-kind travel destination. Christians can walk in Christ’s footsteps; Jews can discover their heritage, and Muslim tourists can see the sacred historical sites on Temple Mount. 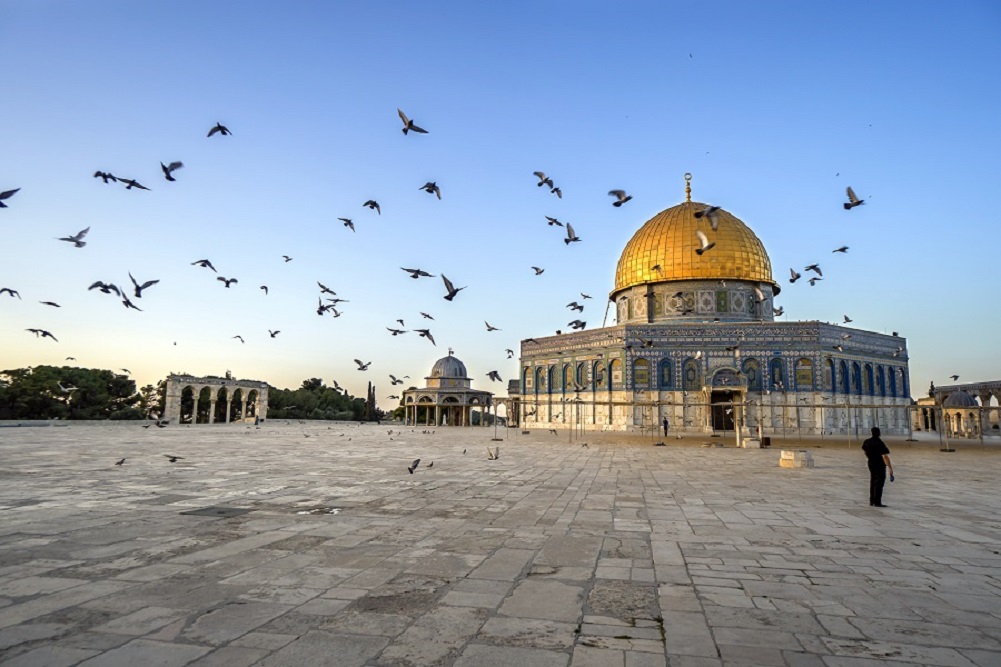 The Dome of the Rock on the Temple Mount, Jerusalem. Photo credit: © Shutterstock