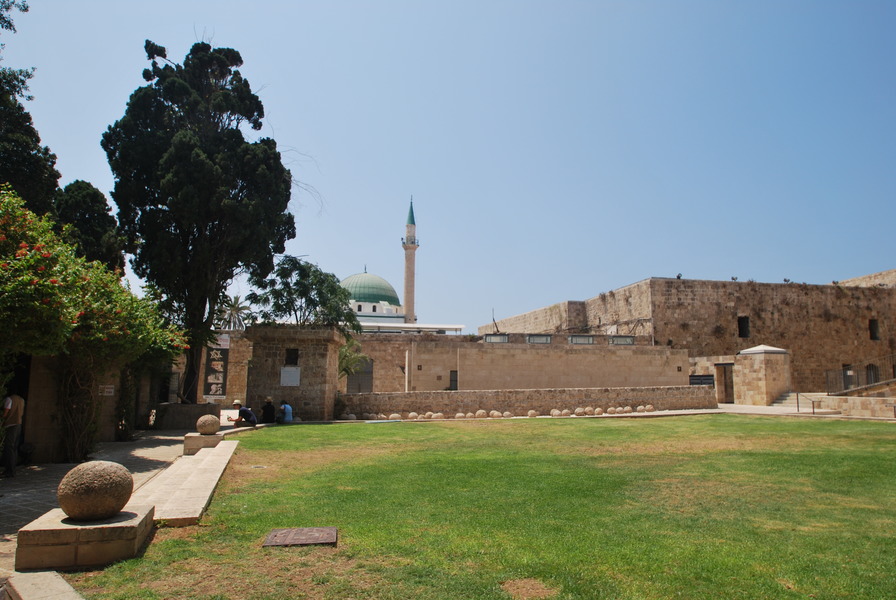 As you approach the Old City of Acre, the first thing you see is the Al-Jazzar Mosque’s slender green and white minaret rising above the city’s stone walls. This magnificent structure is Israel’s largest mosque outside of Jerusalem. The Acre mosque is also known as the White Mosque, the Great Mosque of Lights, and the Pasha’s Mosque after the Ottoman governor Ahmed Pasha al-Jazzar, who was responsible for the construction.

Construction of the mosque began in 1781AD and they completed it within the year. The Turks built on the ruins of a Crusader church and kept the church’s large barrel-vaulted cisterns that lie beneath the mosque. Al-Jazzar took an active role in designing the mosque, although he had no architectural training. The mosque complex originally included a place for Islamic studies and accommodation for the students; a public library and an Islamic court. Al-Jazzar wanted the mosque to be much more than a place of worship.

Al-Jazzar was born in Ottoman-ruled Bosnia sometime between 1720 and 1730. He moved to Constantinople (Istanbul) where he worked for a while before traveling to Egypt. He began his military career and made a rapid rise in the Mamluk ranks. As an important military leader, he was sent to defend Lebanon. He helped defeat the Bedouin ruler Zahir al-Umar al-Zaydani and was made governor of Sidon, an area from Egypt to Lebanon. Al-Jazzar made Acre his capital and transformed the former Crusader city with many new buildings, including the grand mosque. He was a ruthless and often cruel leader, earning the name al-Jazzar–the butcher. Despite his excessive cruelty, he made lasting improvements to Acre and even successfully defended the city against Napoleon in 1799. Al-Jazzar defeated his enemies one by one, consolidating his power and gaining prestige throughout the Ottoman Empire. The powerful leader died from malaria in 1804 and is buried along with his adoptive son and successor, Suleiman Pasha, in the mosque courtyard.

What to See at the Al-Jazzar Mosque

Al-Jazzar Mosque took its inspiration from the mosques of Constantinople, specifically the Hagia Sofia. The design is predominantly Ottoman in style but includes elements of Byzantine and Persian architecture. Al-Jazzar mosque looks like something out of Aladdin! Stairs lead up to a walled courtyard where there are Roman columns “borrowed” from Caesarea, and palm trees surround the mosque building. Outside the courtyard entrance is an Ottoman Rococo-style kiosk (sabil) with a green dome. The kiosk would dispense water to residents. The mosque building has green domes and a green-capped minaret set against white walls with colorful inlaid marble decoration around the entrance. Inside the mosque is just as impressive with a high ceiling, marble minbar, and mihrab. Delicate Arabic calligraphy adorns blue and green tiles on the walls. A glass cabinet holds the Sha’r an-Nabi (lock of hair) which is said to be from the beard of the Prophet Muhammad. 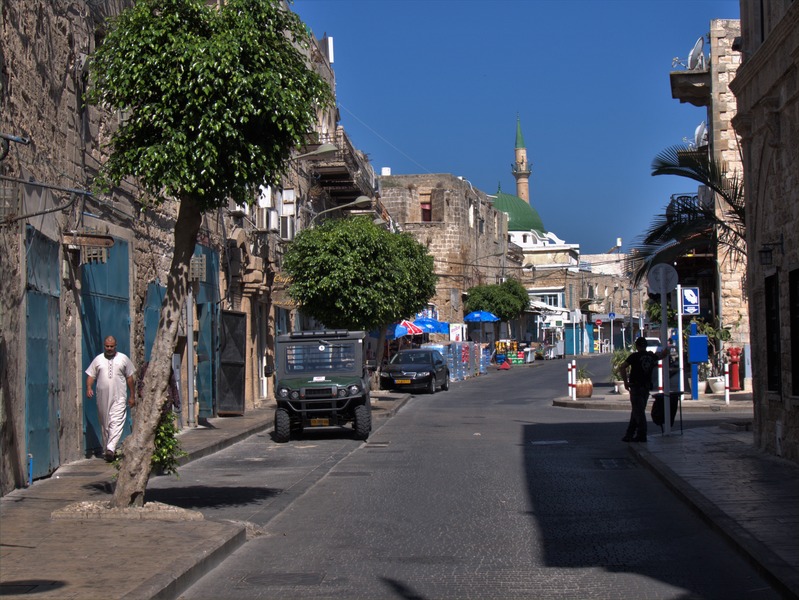