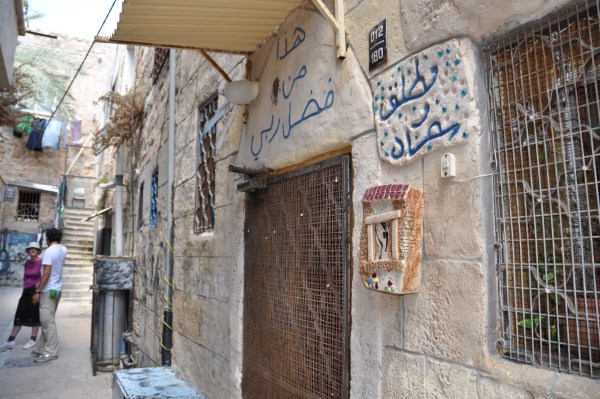 On Old Acre’s busy market street is a tiny 18th-century synagogue, named after Rabbi Moshe Chaim Luzzatto (Lotsato). The scholarly Rabbi spent three years of his life in Acre, where he would pray and lead the congregation at this small place of worship. The Ramchal’s Synagogue (also called Ohel Haim) has some fascinating features and is an important part of Acre’s Jewish heritage.

Who was Rabbi Moshe Chaim Luzzatto?

RaMCHaL is a Hebrew acronym for Rabbi Moshe Chaim Luzzatto, a well-known 18th-century Italian Kabbalist, philosopher, writer, and poet. The Ramchal was born in Venice in 1707, where he had a Jewish and secular education. From a young age, he was interested in mysticism, religious lore, art and science. He was a brilliant scholar, but he became a controversial figure after claiming to have had a visitation from an angel. The Rabbi began teaching “Divine Lessons” he had received from the angel. Local Rabbi’s viewed him as a dangerous heretic and eventually he was forced to leave Italy. The Ramchal lived in Amsterdam from 1735 to 1743, where he continued to be a prolific and controversial writer. He wrote plays, poetry, religious commentaries, and books on Jewish law and ethics. The Ramchal wrote 71 books including his best-known works, Messilat Yesharim (The Path of Just) and Derekh Hashem (The Way of God). In 1743 he traveled to the Holy Land and settled in Acre. Three years after arriving in Acre the Rabbi and his family died of the plague. The synagogue where he attended services, was named in his honor – Ohel Chaim.

Another tradition holds that the synagogue was named after Chaim Farchi.  Farchi was the synagogue’s benefactor, advisor to the Turkish Sultan, and worked with the Turks to prevent Napoleon’s invasion of Acre in 1799. Close to the synagogue is Chaim Parchi’s Home, where you can learn more about this influential Jew from Damascus.

History of the Acre Ramchal Synagogue

During the 16th to 18th century, there were two synagogues in Acre, the smaller Achav Synagogue, and the larger, more elegant Ramchal Synagogue. In 1758 the Bedouin ruler Zahir el-Omar destroyed the larger synagogue and had the el-Mualek Mosque built in its place. As compensation, Zahir el-Omar gave the Jews a smaller building along the market street. The Rabbi would have attended services in the original Ramchal Synagogue named in his honor, but it is the newer small synagogue that now bears his name. In recent years the Ramchal Synagogue has been renovated and restored.

Architectural Features of the Ramchal Synagogue in Acre’s Old City

The synagogue has a simple interior with stone ceiling arches that frame the space. The most interesting feature of this synagogue is a deep pit in the floor. According to tradition, Rabbi Moshe Chaim Luzzatto would go down into this hole to read the day’s Torah portion. The Rabbi was inspired by the Torah verse “Out of the depths have I called Thee, O Lord.” Another unusual feature of the Ramchal Synagogue is that it does not have a women’s section. Synagogues usually have a designated area, separate from the men’s area, where women can pray. At the Ramchal Synagogue, women would stand on the street and listen to the services through a window. Hanging on the synagogue wall is an old piece of parchment paper with three columns of text, taken from a Torah scroll written by the Ramchal. The small synagogue is not the most beautiful synagogue you will ever see, but it holds a rich history and deep significance for Acre’s Jewish heritage. 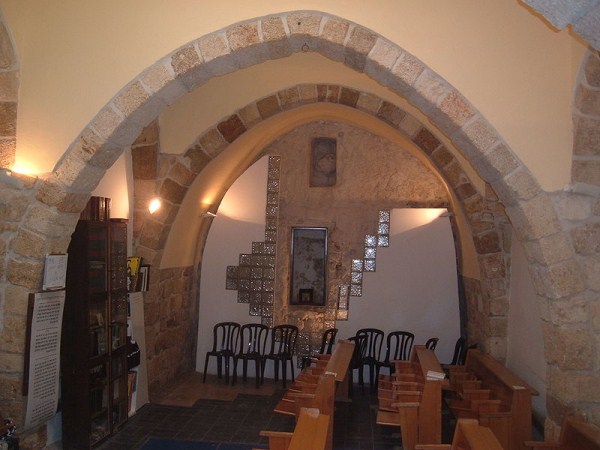