The main attraction of Caesarea is the Caesarea National Park. The ancient Roman history of this site is recorded by Roman historian Josephus Flavius. On the edge of the national park is the massive Roman Theater. This classic Roman theater is perfectly preserved. It has the typical semi-circular shape with seating on staggered stone steps facing the stage and sea beyond. In Roman times the theater would have been important in entertaining the many foreigners and sailors who came into port. The theater was originally built under Emperor Vespasian and later expanded by King Herod.

Several pillars remain from the inner courtyard of King Herod’s Reef Palace. The opulent palace would have had two stories and was partly built on the marine reef jutting out onto the sea. Today parts of the palace can still be seen and parts are submerged beneath the sea. Experts differ in opinion as to whether this was Herod’s palace or a later construction.

We can also see the remains of a swimming pool alongside a floor mosaic and ritual bath. Among the archaeological remains, there is a large hippodrome with reconstructed frescoes. Here the Romans would hold horse and chariot races. Throughout the park, there are large Roman columns, capitals, sculptures, gravestones and carved architectural features attesting to the importance and opulence of this former Roman city.

Also at the site, we can see where the bathhouse, temples, storerooms and homes once stood. Of particular interest among the many archaeological findings was an inscription naming Pontius Pilate. This was the first recorded mention of Pilate’s name dated within Jesus's lifetime. Structures remaining from the Byzantine era include a villa with floor mosaics and the ruins of a Byzantine church. Remains dating back to the Crusader era include the reconstructed Crusader Gate, a large moat that encircled the Crusader fortress, a high defensive wall and arched entranceways. 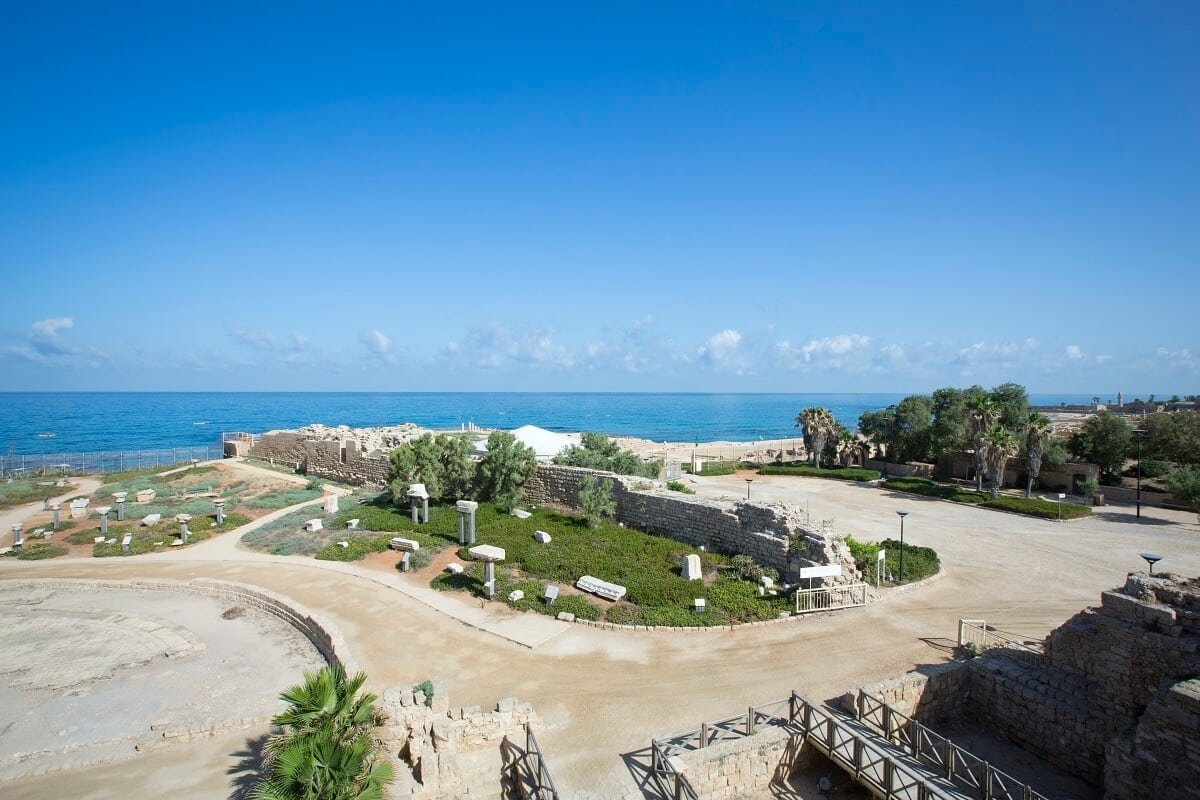