The Roman Theatre of Caesarea is part of the Caesarea National Park which encompasses the remains of the ancient port city capital of Roman Judea. The city was established by Herod the Great in 25 BC on a stretch of coast between Haifa and Tel Aviv. The amphitheater was one of the many structures built by Herod as part of his grand city and is the oldest of its kind in the eastern Mediterranean.

Although it has undergone many changes, repairs and renovations the theatre has survived and is still used today. The theater is considered a prestigious venue for performances by Israeli and international stars. Among the international stars who have performed at Caesarea, there are the Pixies; Foreigner; Macy Gray; Alanis Morissette; Bjork; Eric Clapton, and Bryan Adams.

Structure of the Theatre at Caesarea

Built facing the sea the theatre has rows of staggered seating in a semi-circle facing a performance area. The backdrop to the stage would have been columns and statues that left an open view of the sea. The theatre measures 100m in diameter and its semi-circle of stone seating can accommodate an audience of 4,000. Archaeologists have uncovered evidence of changes made to the structure over the years including a colorful plastered floor from the Herodian period underneath a later marble floor.

History of the Roman Theatre at Caesarea

In 31 BC Augustus Caesar gifted the small town of Straton's Tower to Herod the Great. Herod renamed the city Caesarea Maritima in honor of his emperor. He spent the next 10-20 years building a magnificent port city that grew to have 100,000 residents and be one of the most famous ports in the ancient world. Among the structures were temples, palaces, bathhouses, and the theater. For the next 500 years, the theatre was used to present classic Greek and Roman plays, sporting events and gladiator fights.

The theatre survived through the Byzantine period and in the 4th century the performance area was flooded so that mock sea battles and water games could be presented. The city began to deteriorate in the 7th century after the Muslim conquest. The Crusaders took Caesarea and were followed in the 13th century by the Mamluks who destroyed most of the structures.

The theatre and city became slowly buried beneath the coastal sand. Following the War of Independence in 1949 the deserted ancient ruins were excavated and the foundations of Roman and Crusader ruins were uncovered. Restoration and repairs were made to the theater of which much had survived including most of the brickwork done under Herod.

To visit the Theater of Caesarea, join our Caesarea, Acre, and Haifa Tour. 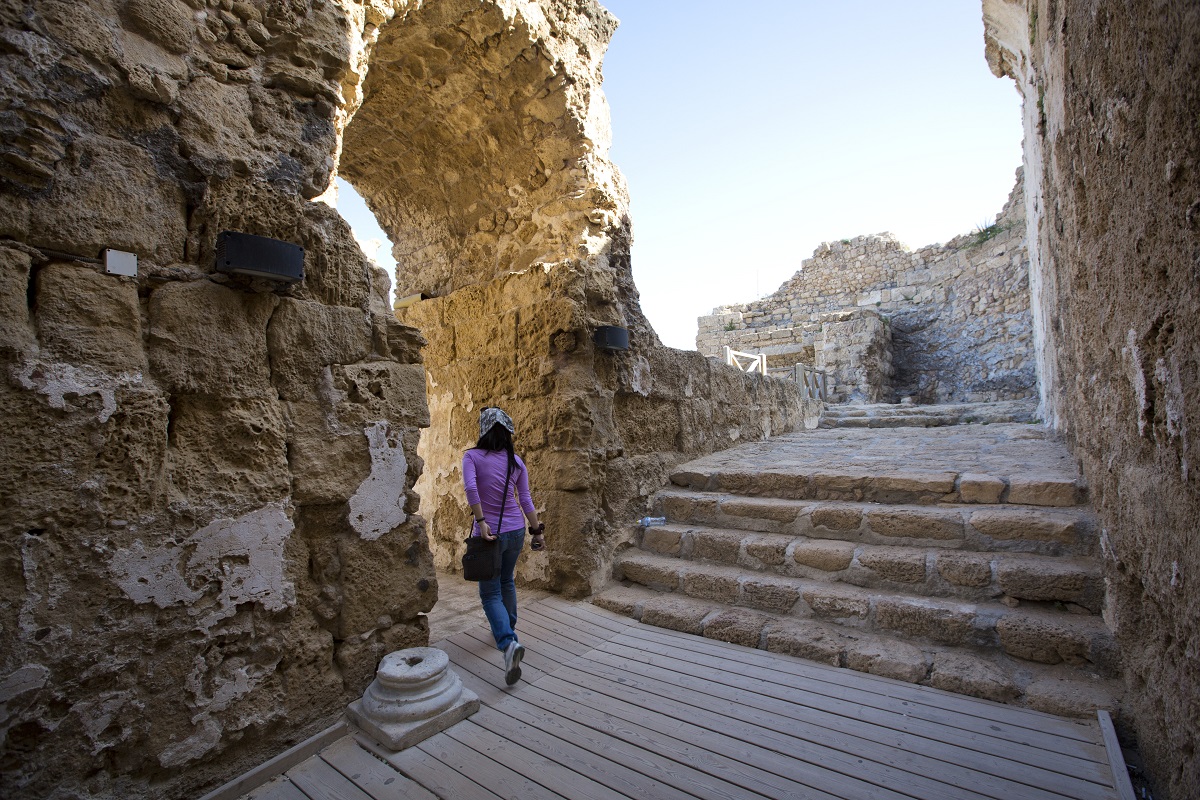