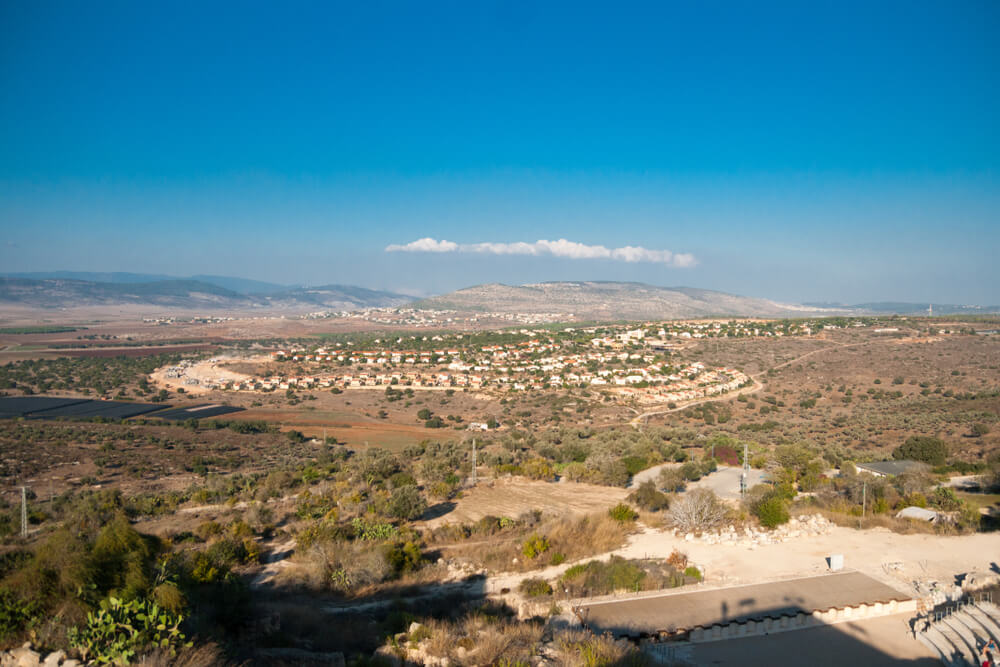 Situated on a hill, between the Mediterranean Sea and the Sea of Galilee, the ancient city of Zippori (“Little Bird” in Hebrew).  Described by Joseph Flavius (a historian from 1 CE) as “the ornament of the Galilee” it sits within a fertile valley, full of clear water springs and stunning views of the surrounding countryside.  As well as being a beautiful spot in the region, it also boasts fascinating archaeological remains and some astonishing mosaics.

Centre of Jewish Learning and a Pilgrim Site for Christians

The city of Zippori became important in the century before Jesus’s birth, since it overlooked two highways and, because of its position high on a hill, it was regarded as a military stronghold. Once the capital of the Galilee, it is thought to be the place where Joseph, the father of Jesus, plied his trade as a carpenter. After Jerusalem was destroyed in 70 CE, the city became a center of Jewish learning - the Sanhedrin (High Priests) met here and it was also the birthplace of the Mishnah, the first written codification of Jewish oral law. In the 12th century, the Crusaders built a large church here - the Church of St. Anna - as well as a fortress.

Mona Lisa of the Galilee

From 1990 onwards, many parts of Zippori underwent extensive excavations.  Ancient streets, a market, a Jewish residential quarter (complete with ritual baths) and churches are all well preserved, giving visitors the chance to walk in ancient streets and imagine the city as it once was.  Inside the fortress are exhibits and tablets that tell the history of the city. There is also a guided lookout on the roof, affording birds-eye views of the area.

The exquisite and elaborate mosaics in Zippori are, perhaps, the highlight of any visit.  They have been meticulously unearthed and date back to around the period 63 BCE - one set can be found in the synagogue and the other in the dining room of a Roman villa.  The mosaic floor in this banqueting area has tiles made up of 28 different colors, and shows what is called ‘the Mona Lisa of the Galilee.’  It depicts a woman whose look is so steady and compelling that she appears to gaze at you from every corner of the room. Fine art experts have also pointed out that she possesses a timeless quality with almost the hint of a smile.

Zippori is a short drive from Nazareth, off route 69, with an entry price of 28 NIS. It contains both a cafeteria and a picnic area, and an information center.  About 2-3 hours should be allowed for a visit.