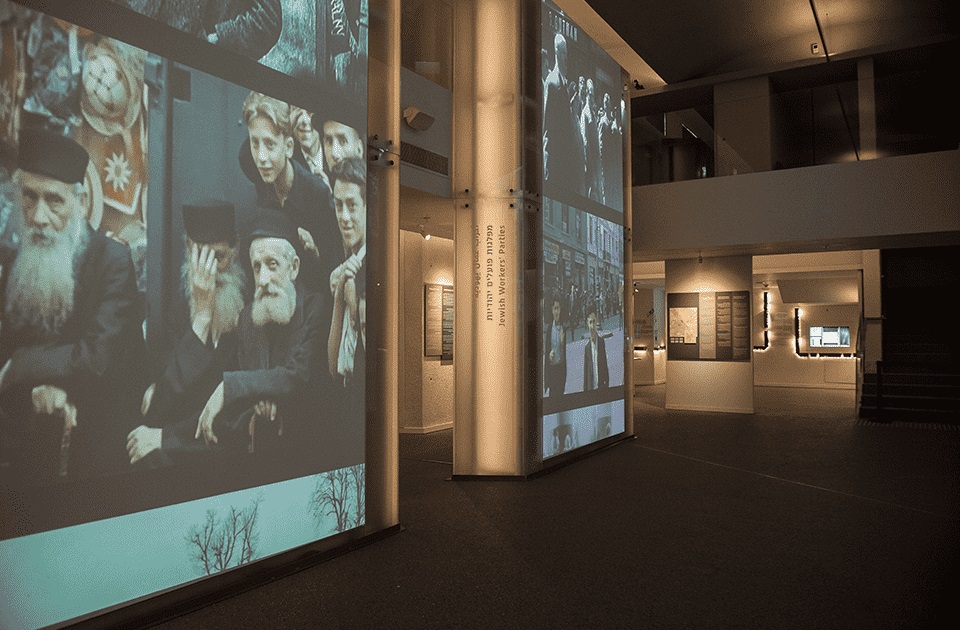 The Ghetto Fighters’ House was established in 1949 by a community of Holocaust survivors at Kibbutz Lohamei HaGetaot (the Ghetto Fighters Kibbutz). The founding members included holocaust survivors and resistance fighters from World War II. Some founding members fought in the Warsaw Ghetto Uprising. The full name of the museum is Itzhak Katzenelson Holocaust and Jewish Resistance Heritage Museum, Documentation and Study Center. It is named after a Jewish poet who died in Auschwitz. Kibbutz members wanted to preserve the stories of heroism and self-sacrifice made by Jews who fought the Nazis. The museum at Kibbutz Lohamei HaGetaot is the oldest Holocaust museum in the world. The museum’s rare and extensive collection of Holocaust data serves as a vital part of Holocaust education in Israel.

Jewish heroes of the Holocaust

The Jewish Warsaw exhibit tells the story of the founders of the museum and their daily lives, beliefs, and struggles during the Holocaust. The exhibit takes visitors from life in pre-war Poland through the Holocaust and the first years following the war. Visitors gain an understanding of the massive destruction of an entire culture. The Home of Testimony section of the museum holds 148 personal stories of the founders of the kibbutz. The Yizkor Hall (Memorial Hall) is a state-of-the-art archive of the personal papers, photos, religious items, artwork, and documents of people who lost their lives in the Holocaust. The Warsaw Ghetto Fights Back exhibit highlights the personal stories of Yitzhak Zuckerman and Zivia Lubetkin. They were leaders of the Warsaw ghetto uprising, and founders of the kibbutz. One of the museum exhibits focuses on the Jews of Holland during the Holocaust. About 80 percent of Netherlands Jewry were slaughtered during WWII.

Children in the Holocaust

The Holocaust Museum at Kibbutz Lohamei HaGetaot has taken young visitors into account. There is a section dedicated to Jewish Children during the Holocaust. Before entering this section, visitors pass through a hall with 17 stained glass windows. The window designs were based on drawings by children in the Terezin ghetto. There is also an exhibit called Korczak of the Children. This exhibit tells the story of Janusz Korczak, a Polish Jewish educator and author of children’s books. The exhibit uses three-dimensional installations to tell Korczak's life story and the story of a boy deported to Treblinka. The museum runs a book-sharing project, so children can access books about the Holocaust.

The Glass Booth of Adolf Eichmann

On display is the original glass booth in which Adolf Eichmann sat during his trial. As you walk around the booth, quotes from a famous Eichmann interview echo through the room. Text reports and audio-visual displays show courtroom footage of the camp survivors testifying against Eichmann. The highlight of the Concentration and Extermination Camps exhibit is a scale model of the Treblinka concentration camp. The model was used at the Adolf Eichmann trial. Alongside the model are eyewitness testimonies, artifacts, and rare photos and video footage of the camp.

The museum is much more than a collection of exhibits. It includes a study center, library, the Center for Humanistic Education, a publications department, and a department for research on the Holocaust of Soviet Jewry. The museum honors the Jewish resistance heroes, some of whom established the community that runs the museum. A visit to the Holocaust Museum at Kibbutz Lohamei HaGetaot ends on an observation deck where visitors can look out towards the future.