Countdown to the Maccabiah Games

Summer’s here in Israel and what do you think of?  Beach days, sunning yourself under umbrellas on the shores of Tel Aviv, with regular dips in the Mediterranean. Nature hikes in the Galilee, cooling off in waterfalls and springs along the trails. Fresh breezy evenings in Jerusalem, gazing at views of the Old City from nearby rooftop bars. 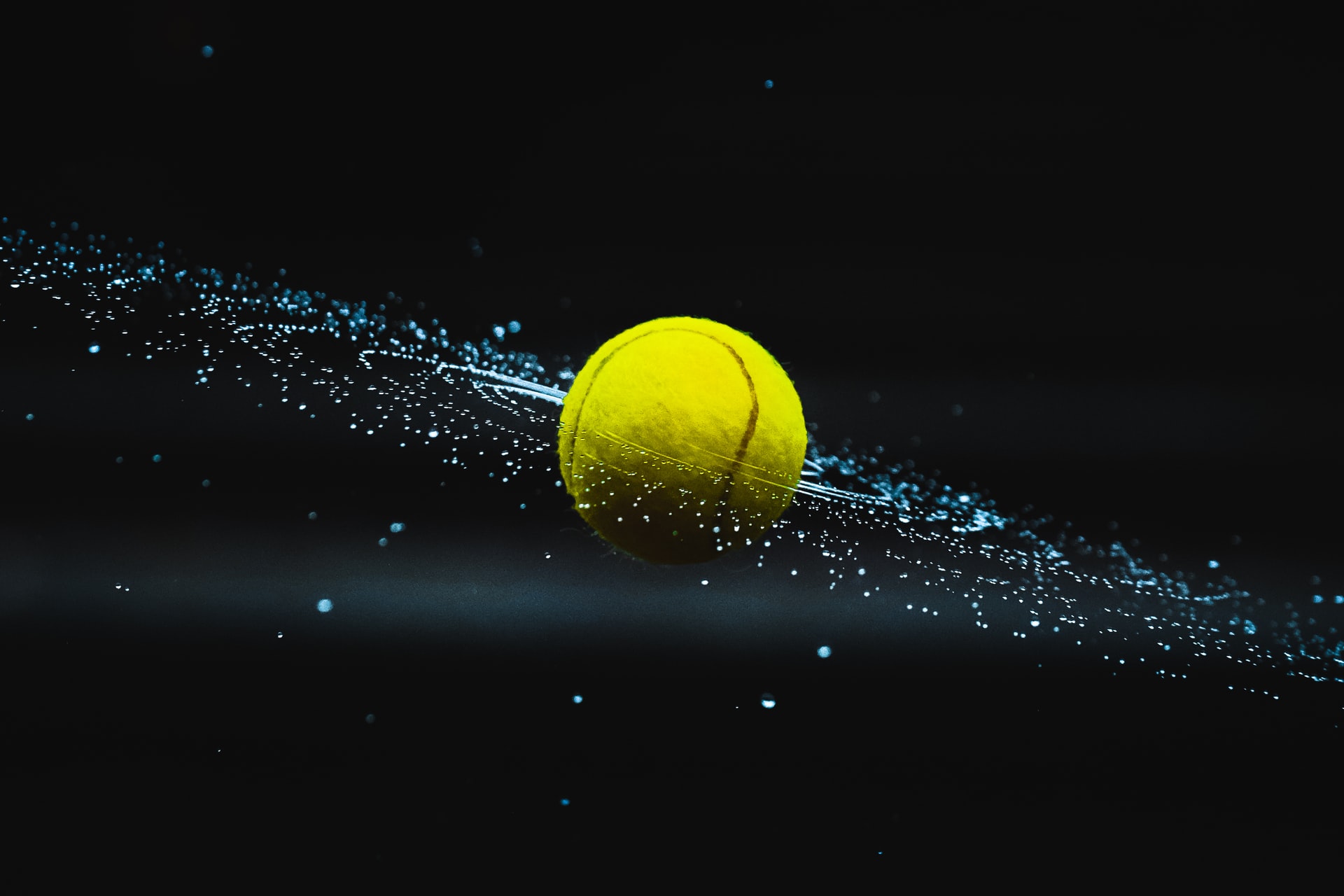 Green and yellow tennis ball on water. Photo by Kevin Mueller on Unsplash

Or, for sports fans and adrenaline junkies, something a little more exciting? Yes, it’s that once-every-four-years moment that’s upon us - and we’re not talking about football’s World Cup.  Rather, the Maccabiah Games are being played in Israel this July and the perfect opportunity to get a feel for this ‘Jewish Olympics’ that’s taking place in a number of cities across the country. Want to know more?

What are the Maccabiah Games?

The Maccabiah Games are a leading international sports competition, also fondly referred to as the “Jewish Olympics”. Much like the more well-known Olympics, they take place every four years under the supervision of the Maccabi World Union. In fact, they are easily the biggest regularly-held international event in Israel. As well as being a fabulous sporting occasion, their aim is also to promote the centrality of the State of Israel in the lives of Jewish people from around the world. 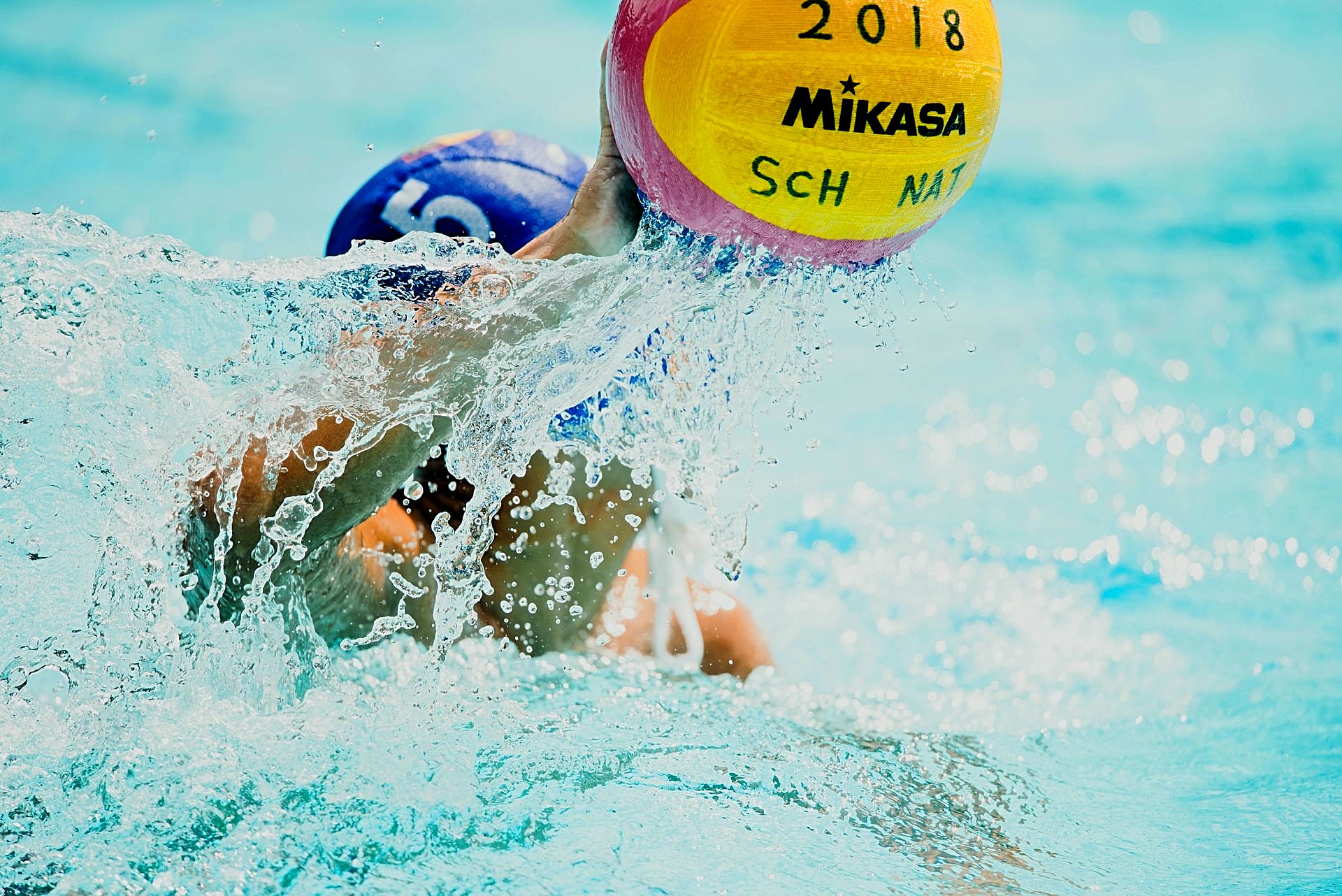 Where did the name of the Maccabiah Games originate?

Good question! ‘Maccabiah’ (or ‘Maccabi’ as its often pronounced and written) was a Zionist youth movement that was set up in 1929, encouraging sports and physical activity amongst the Jewish people. Historically, Judah Maccabee (Yehuda Maccabi) was one of the Jewish ‘guerilla leaders’ who drove the Seleucid Greek occupiers out of Judea in 139 BCE.

As a result of the Bar Kochba rebellion, he freed the Jewish freed from slavery and they were then able to celebrate one of the most well-known Jewish festivals - Hanukkah at the Temple in Jerusalem. The son of Mattias, the High Priest of the Hasmonean Family, was a military genius and utterly fearless.

In fact, he and his brothers-in-arms were described by the Greek General Bacchides himself as ‘stronger than lions, lighter than eagles and faster than bears.” Today, the ‘Maccabiah’ is run under the banner of the Maccabi World Union (MWU) which runs youth and sports organizations across the world, dedicated to physical excellence and also the furthering of Jewish identity. The MWU has its headquarters in Israel. 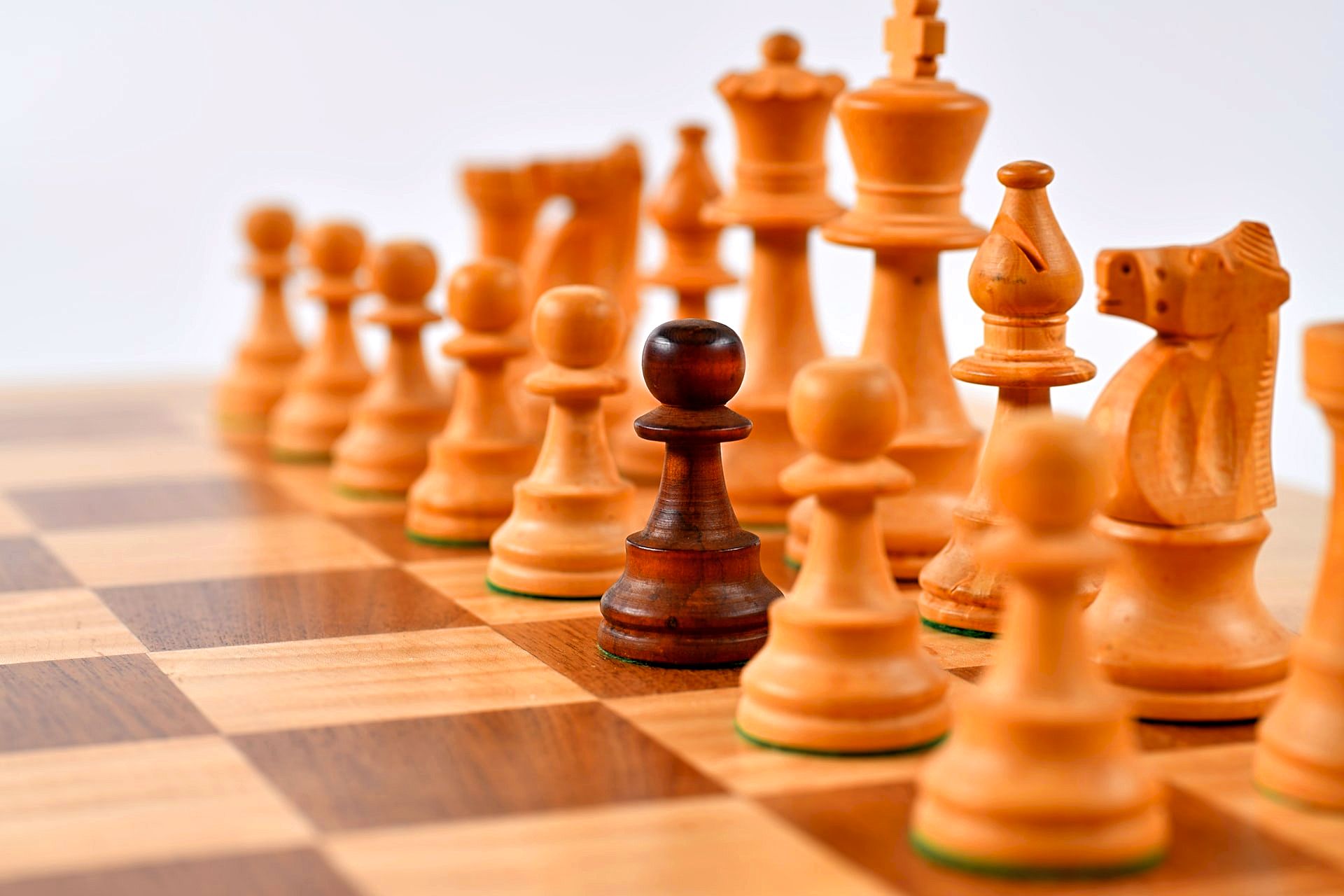 When did the Maccabiah Games begin?

Quite a while ago in fact - as far back as 1932! The history of how they came to be is pretty interesting in itself - they were the idea of a man named Yosef Yekutieli who, after hearing about the 1912 Olympic games, began fantasizing about the idea of a similar event, but for Jews in Palestine.

After spending the next decade putting together this idea, he presented a proposal to the Jewish National Fund in 1928, arguing that the games could be held every four years to commemorate the 1800th anniversary of the Bar Kochba Rebellion (see above). With the blessing of the then British High Commissioner of Palestine, Sir Arthur Wauchope (on the basis that it hosted Arab and British Mandate athletes, as well as Jews) the Macabiada was set for the spring of 1932!

Fun fact: this was the age of newspapers, not TV, internet, and social media. So a group of intrepid Jewish promoters set off across Europe, in 1930, to promote the event. They cycled through Greece, Bulgaria, Croatia, Germany, Belgium, and France and then continued onto Great Britain, encouraging Jews to come to ‘Eretz Israel’ for the first Jewish sporting games. Their dreams were realized between March 28th and April 6th, when the first games took place. They were such a success, that it seemed clear they had a future! 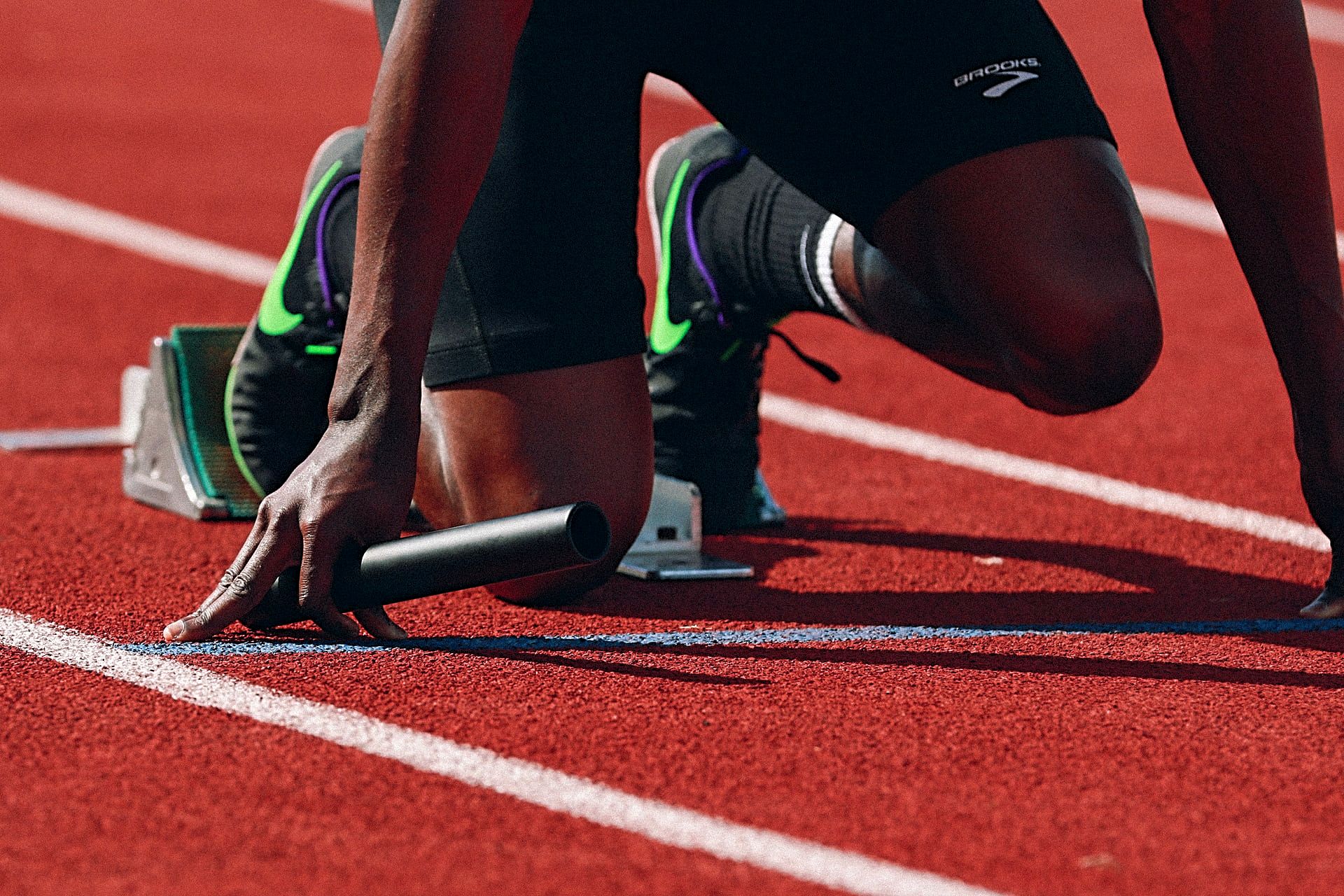 How do the Maccabiah Games operate in Israel?

Within the games themselves, there are four different competitions taking place - Juniors, Masters, Open, and Paralympics. If you’re between the ages of 15-18, the Juniors is for you.  Masters work according to different age categories (keen to include older participants) and the open category tends to have no age limits and runs according to the international rules of each particular sport.

In the Paralympics, a number of events, including wheelchair sports (such as basketball) and swimming, are represented, as well as a para table-tennis competition and half-marathon. Athletes compete as part of a national delegation i.e. Brazil, Australia, France, and as well as the games themselves, participants have a chance to travel around Israel and meet not just its citizens but Jews from all other parts of the diaspora.

The aim, essentially, is to combine the fun of competitive sports with an appreciation of the land of Israel - fusing history, culture, and experience! And it’s important to point out that whilst the games are truly competitive, they also promote other very important values - those of intellect, the pursuit of excellence, and fair play. 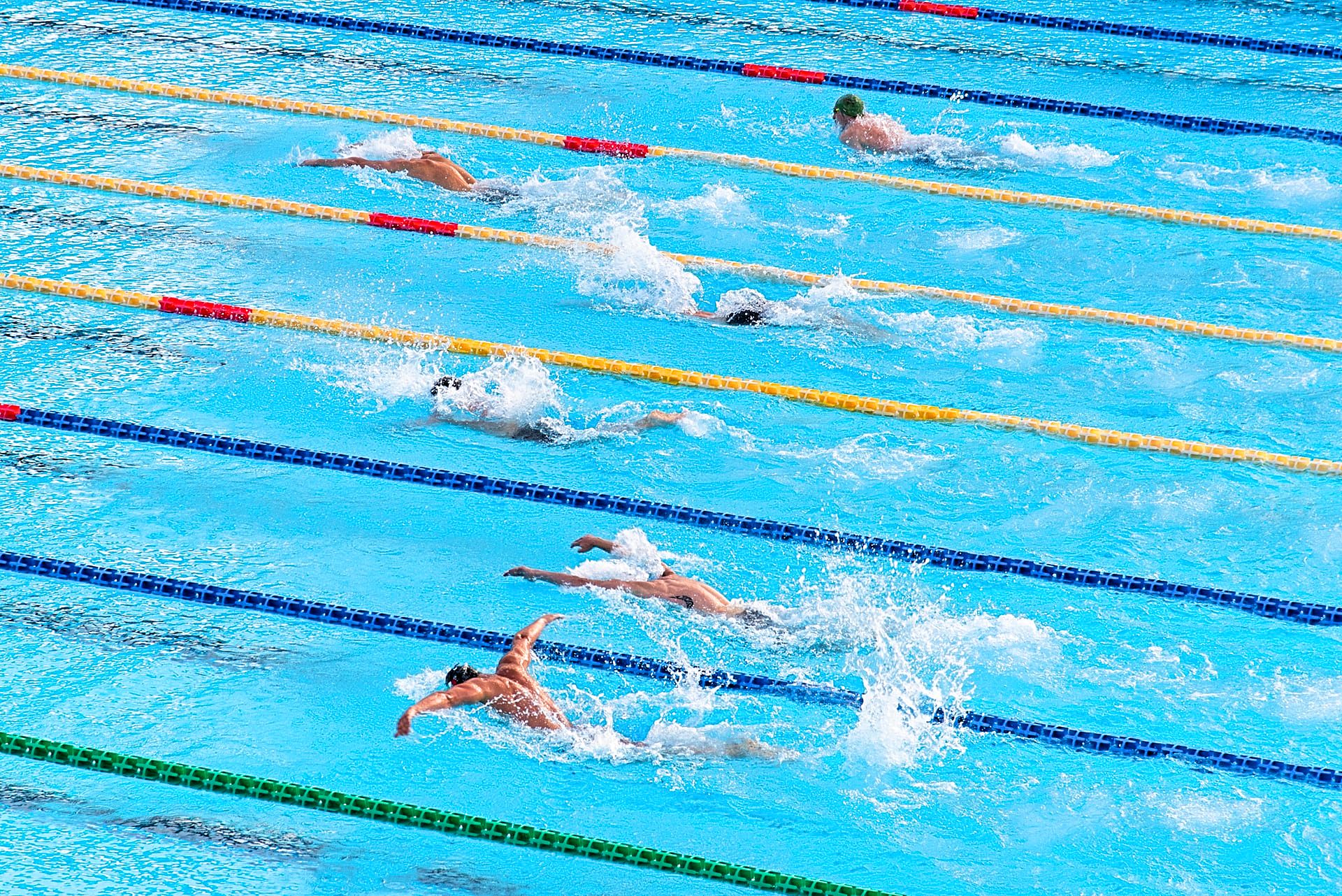 When are the Maccabiah Games being held this year?

This year’s event is being held from 12-26th July, with the opening ceremony being held at Jerusalem’s Teddy Stadium on 14th July 2022. Approximately 10,000 athletes from 80 different countries will be participating in more than 40 different sports competitions. Even more astonishing, entry to watch all of this is free!  As well as the ‘obvious’ sports, like swimming, tennis, and squash, also included are gymnastics, chess, ice hockey, bridge, lawn bowls, water polo, and even ten-pin bowling!

Because there will be so many events, and so many attendees, it’s not practical for everything to be held in one city, which is why different parts of Israel, all with good facilities, will be holding events. The three big cities, of course, where you can travel to watch are Jerusalem, Tel Aviv, and Haifa. For detailed information about what’s going on, it’s a good idea to take a look at the Maccabiah Games website.

Of course, once you’re in any one of these places, there are so many other things to do and see, should you have the time or inclination. Here are a few ideas of the many ways to spend several hours (or, indeed, several days!) in Israel’s capital, the 24/7 Party City Tel Aviv or Haifa, perched on the Carmel mountain in the country’s north. 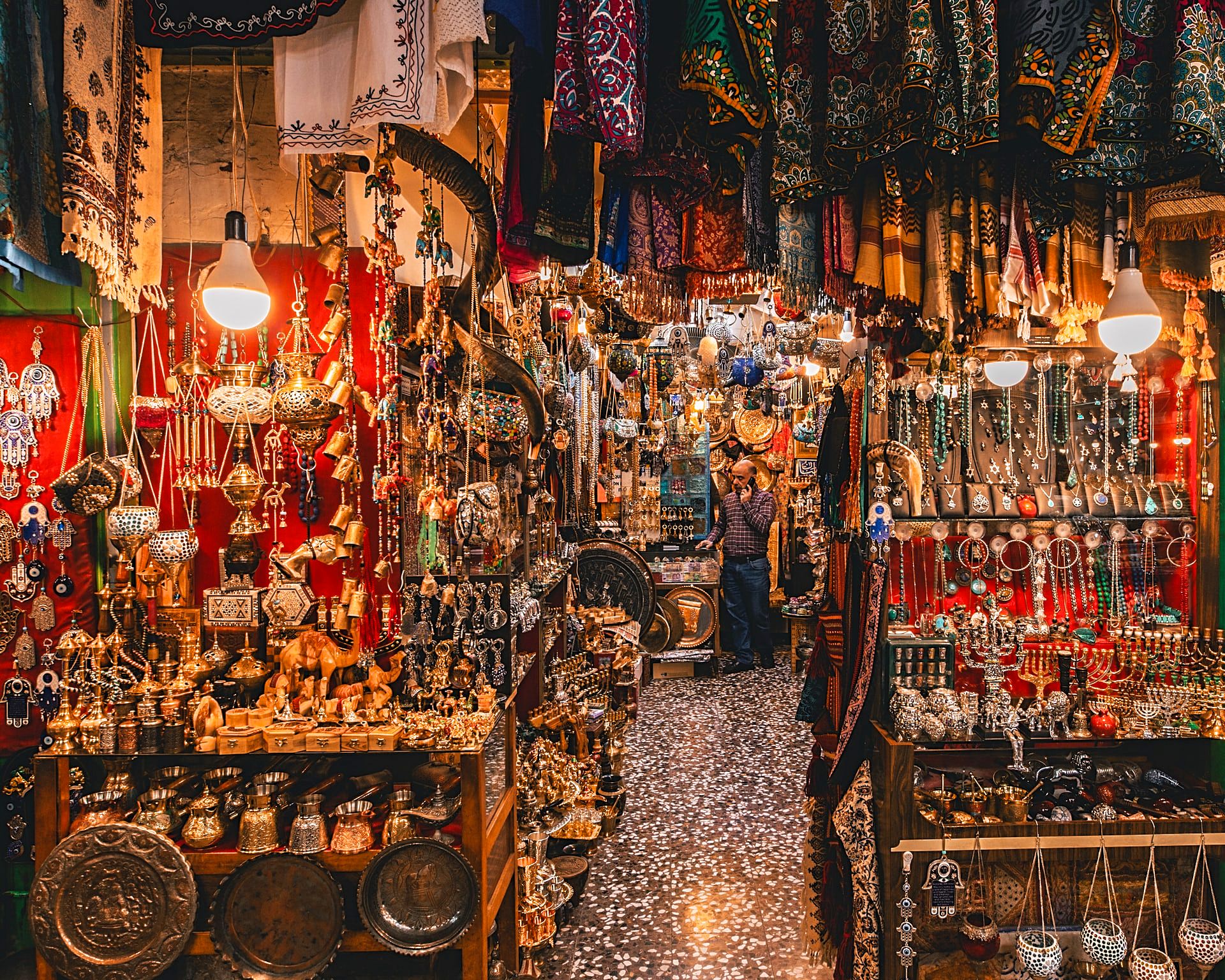 Shop in the Old City of Jerusalem. Photo by Christian Burri on Unsplash

You could spend days, weeks, even months in Jerusalem and never stop exploring. The Old City alone is a place packed with thousands of years of history. Walking from quarter to quarter - Christian to Muslim to Armenian to Jewish, you’ll be overwhelmed by sights, smells, and sounds - for there is no city as holy as Jerusalem.

Top Jerusalem attractions include the Church of the Holy Sepulchre (the spot where Christians believe Jesus was crucified, buried, and resurrected), the Western Wall (the last remaining structure of King Herod’s Second Temple, and a focal point for Jews across the world, and Temple Mount and the Dome of the Rock, where Muslims believe Mohammed made his famous ‘Night Journey’ en route to Mecca.

Outside of the Old City, Jerusalem has many charming neighborhoods including the Germany Colony, Ein Kerem, and Nachlaot, which boasts the lively and bustling Mahane Yehuda Market.  The city is also home to the world-famous Israel Museum, which boasts outstanding art, a Sculpture Garden, a model of the Second Temple, and the famous Dead Sea Scrolls, which are housed in a specially-designed building. 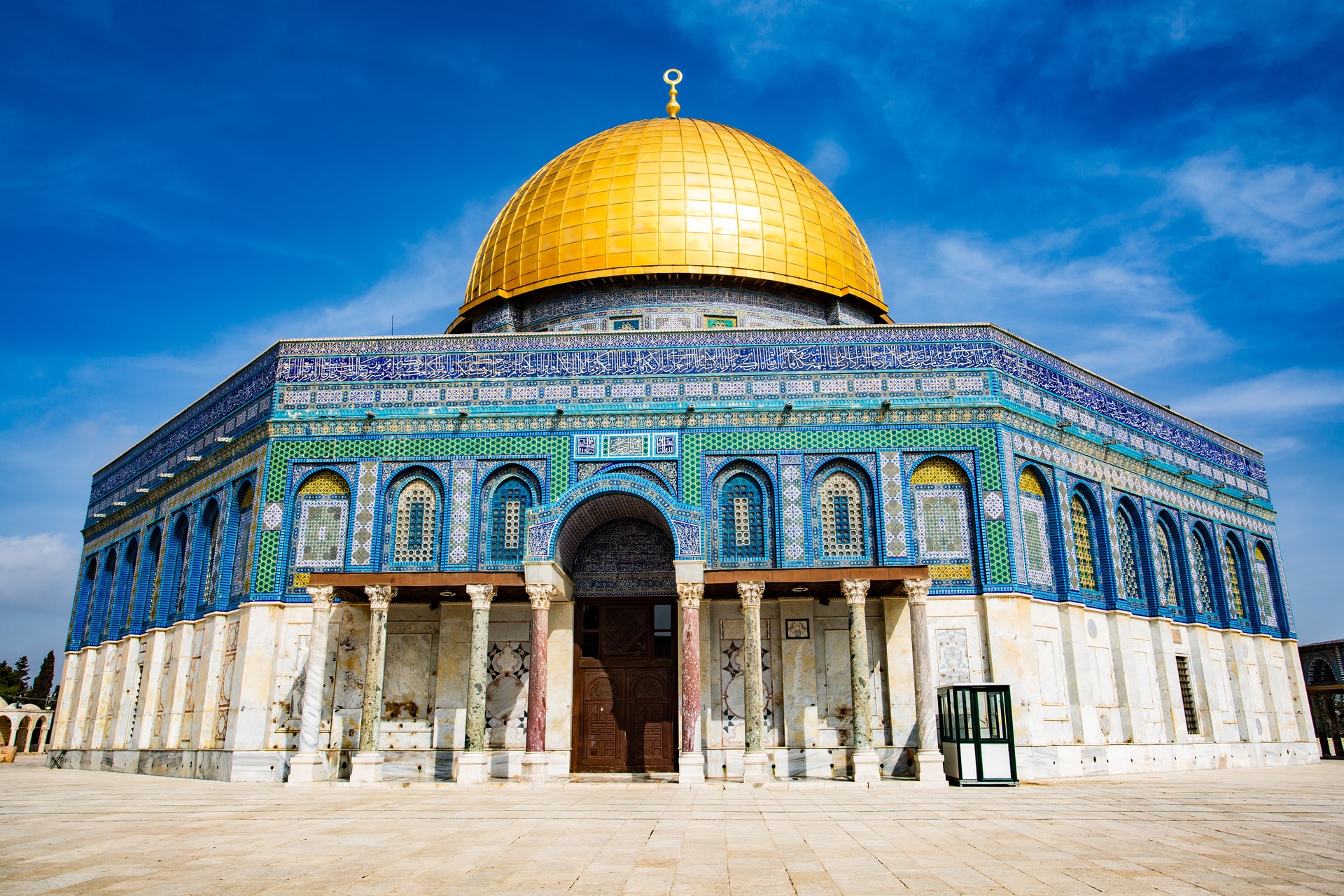 Dome of the Rock, Temple Mount, Jerusalem. Photo by Stacey Franco on Unsplash

If Jerusalem represents all that is holy, then Tel Aviv surely stands for all that is fun. No, seriously, there’s a reason it’s called the ‘Non-Stop City’. There’s no shortage of things to do and see as well as coffee shops, restaurants, bars and fantastic nightlife in this city, not to mention the ‘playground’ of kilometers of white sandy Tel Aviv beaches.

There really is too much to do in Tel Aviv. Stroll the charming Rothschild Boulevard and admire its Bauhaus buildings. Take a food tour in the Carmel Market, then afterwards wander through the Yemenite Quarter, and stare at the tiny old houses. Sunbathe all day, enjoy a cocktail before dinner, dine at one of Tel Aviv’s trendy restaurants then party the night away at a cool club.

Spend time exploring Jaffa’s narrow backstreets, Artist’s Quarter, and the famous Jaffa Flea Market. Or simply hire a bike and cycle through the city (it’s full of bike lanes) or along the promenade, affording you spectacular views of the Mediterranean. Unlike Jerusalem, this city is flat, so you won’t end up terribly out of breath! 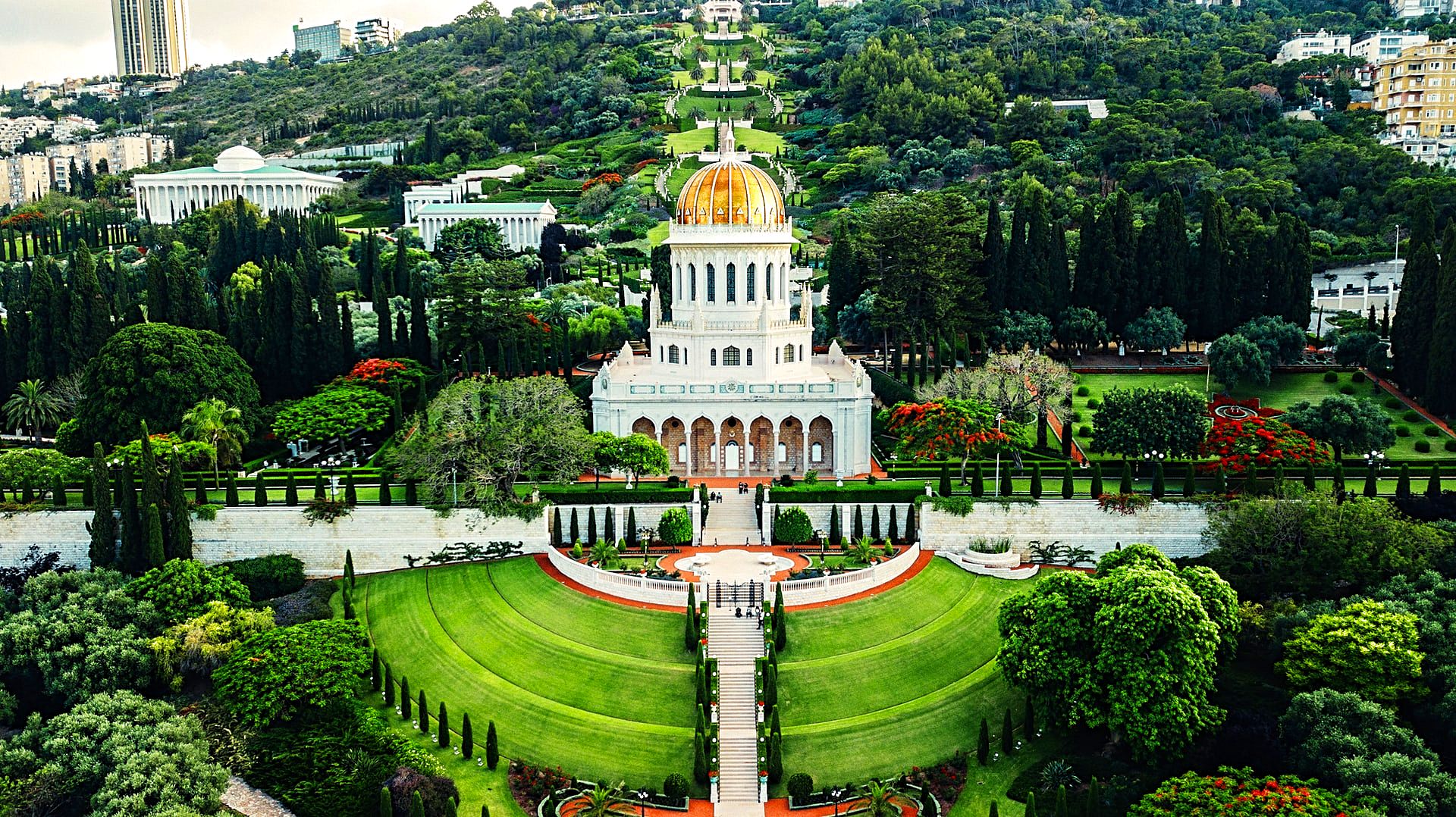 Haifa doesn’t have the spirituality of Jerusalem or the fast pace of Tel Aviv, but you’d be unwise to overlook it. Not only is it a ‘real’ Mediterranean city, hilly and overlooking the sea, but there’s also plenty to see within a short car drive or - if you don’t fancy driving - an organized day trip.

Within Haifa itself, you can explore the old German Colony (established by the Templars in the 19t Century), enjoy falafel in Wadi Nis Nas (an old Arab neighborhood), and take a tour of the astonishingly beautiful Bahai Gardens, which slope down the hill as far as the eye can see.

Outside of Haifa, why not visit Caesarea, the ancient city built by King Herod, the Master Builder, where you can explore aqueducts and Roman theatres, or head north to Acre, a Crusader City with a glorious past, and plenty to enjoy, including excellent fish restaurants. 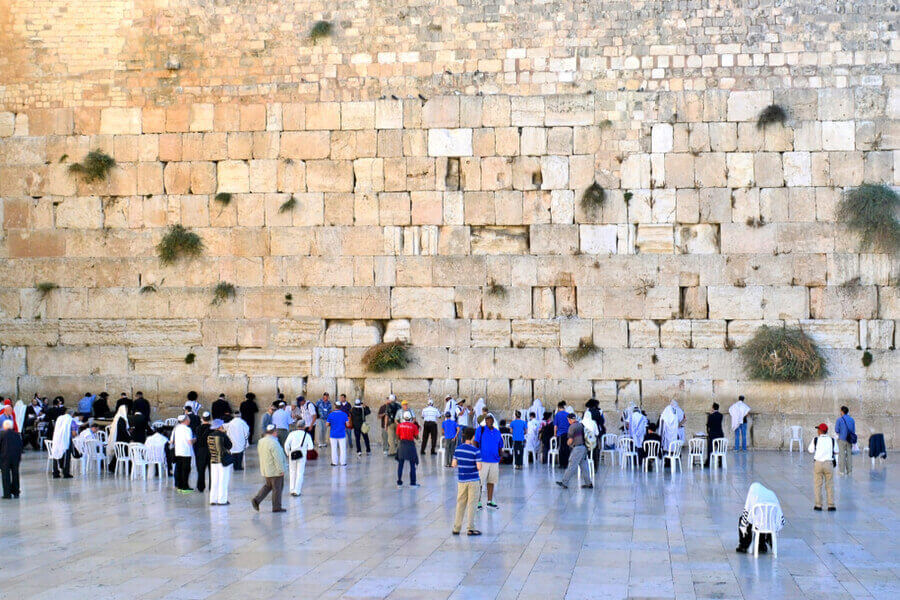 East of Haifa it’s an easy journey to Nazareth, holy to Christians as the place where Mary was visited by Angel Gabriel, and then onto the Sea of Galilee. It was here that Jesus did much of his ministering, performing miracles, and recruiting his disciples. You can visit any number of Galilee churches on the shores of the sea as well as the baptismal site at Yardenit.

And if you want to venture even a little further, a trip to the Golan Heights is a fine way to spend a couple of days - full of boutique vineyards, nature reserves, and outdoor activities (skiing on Mount Hermon in the winter, kayaking on the Jordan River in the summer).

Come and see Israel for yourself - enjoy the Maccabi games and everything else this amazing country has to offer. Feel free to contact us if you’re interested in taking one of our Israel tour packages or day trips around the country - we’re here to offer you a discount coupon (10%discountBH), answer your questions, and help make your trip memorable. 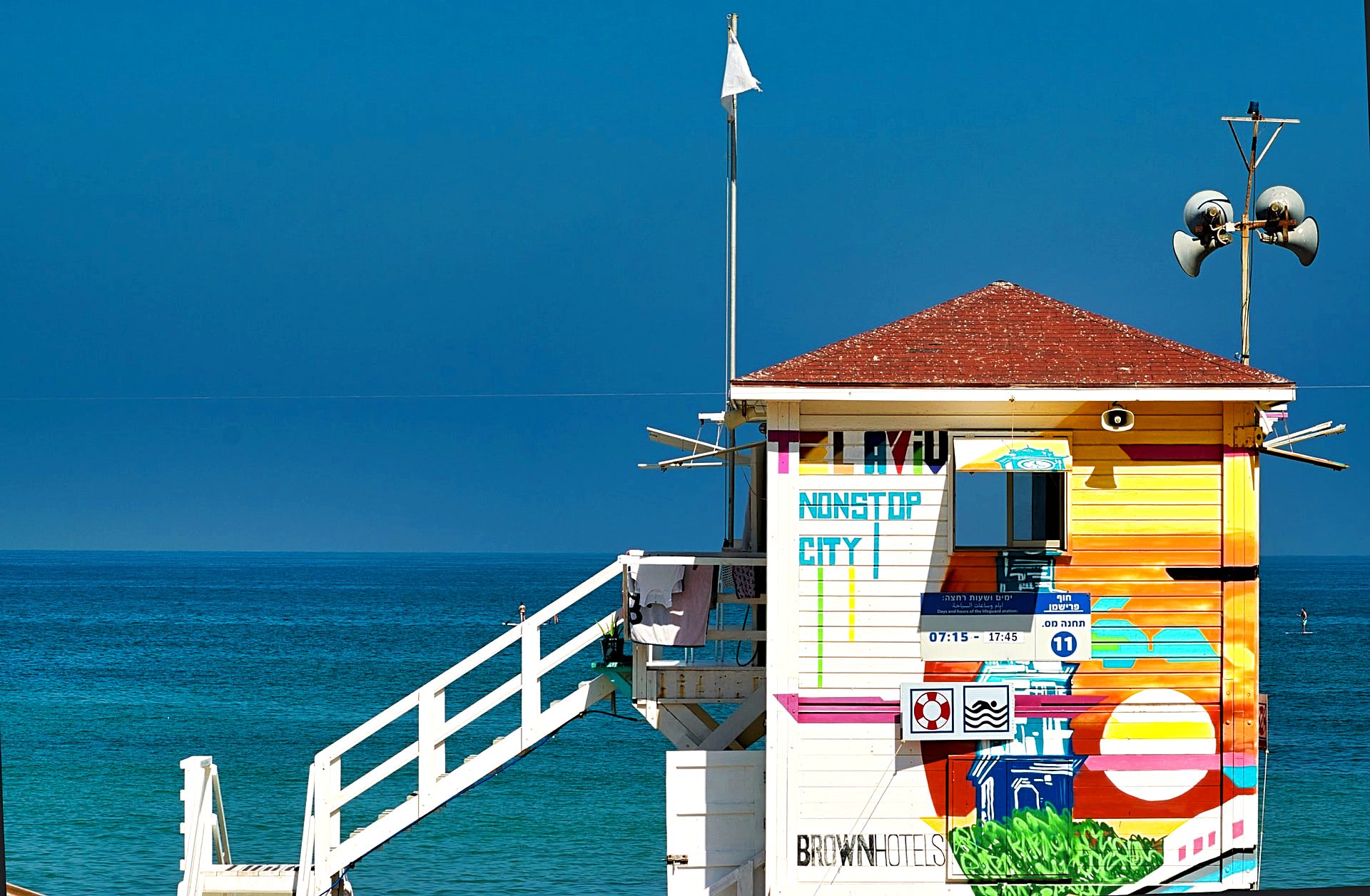 Lifeguard station on the Tel Aviv waterfront. Photo by Guy Tsror on Unsplash