Many people take a short vacation to Israel and try to fit in as much as possible. Even if you only have five days in Israel you can cover a good deal of the country, especially if you take one day Israel tours. If you land at Tel Aviv airport and base yourself in Tel Aviv you are sure to see the top Tel Aviv attractions. The rest of the country can be seen with Israel tours. Here is how you could divide your time to see as much of Israel as possible in five days. 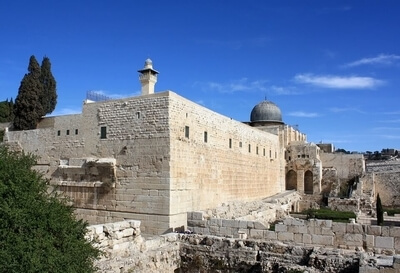 Jerusalem deserves a whole day to itself. There is a lot to see and some of the country’s most important sites are here. Christian travelers will enjoy visiting the biblical sites on the Mount of Olives and the Church of the Holy Sepulchre. Jewish travelers should visit the Western Wall, the most sacred Jewish site in the world. Muslim travelers are going to want to visit the Al-Aqsa Mosque and the Dome of the Rock. All visitors to Jerusalem should spend time in the Old City. If you are interested in art don’t miss the Israel Museum. To learn more about the Holocaust go to the Yad Vashem Museum. There are many things to do in Jerusalem!
Suggested Overnight: Jerusalem
Optional tours for this day:  Underground Jerusalem Tour, Jerusalem and Bethlehem Tour
See all Jerusalem Tours 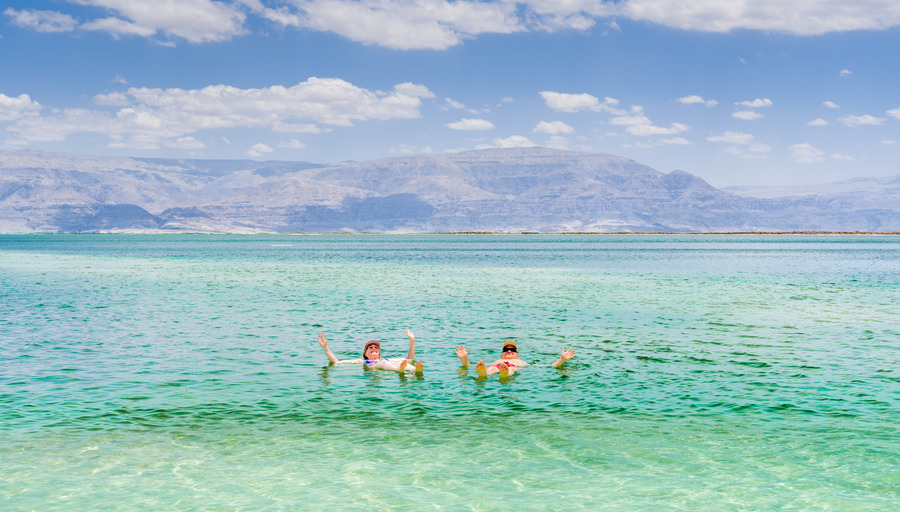 The top two attractions in southern Israel are the Dead Sea and Masada. You can visit both sites on a one-day Masada and the Dead Sea tour. Explore the remains of Herod’s palace-fortress with its remarkable history and structures, and enjoy the breathtaking views of the Dead Sea. Other must-sees that you could consider including in your day in the south are the most ancient city on earth, Jericho, and the baptismal site of Qasr al Yahud. Spend the rest of the day floating in the water that is 8 times saltier than the ocean creating natural buoyance. Apply the mineral-rich Dead Sea mud to your face and soak up the healing Dead Sea sun. 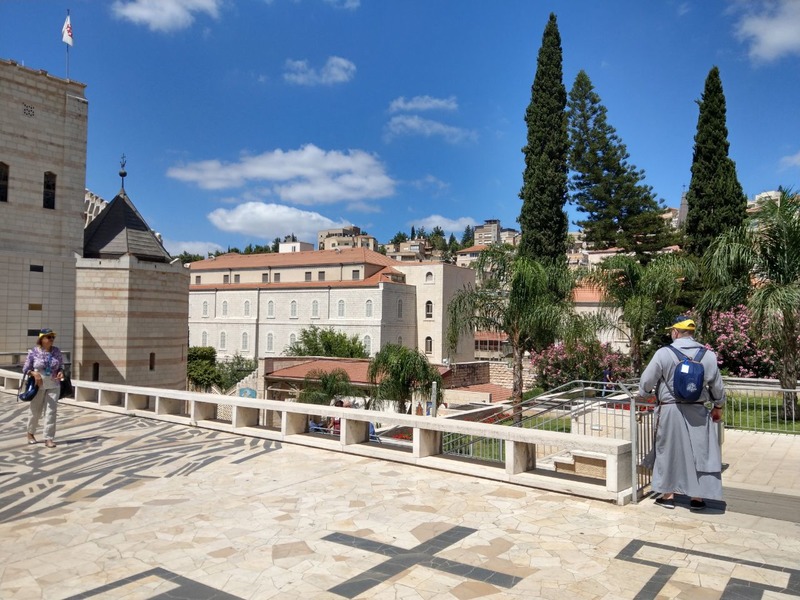 In one day you can cover the attractions around the Sea of Galilee, the lowest freshwater lake on Earth, and visit the spectacular Golan Heights. Nazareth, known as "the Arab capital of Israel, is also in Galilee and is a great alternative for Christian travelers. You will enjoy the magnificent Church of Annunciation and the Church of St. Joseph. If you decide on a guided Nazareth and Sea of Galilee Tour, you will also visit places where Jesus performed miracles, like Capernaum and Tabgha with its Roman Catholic Church of the Multiplication of the Loaves. Yardenit is a baptismal site on the Jordan River that can be included in Israel Christian tours to the north.

See all Galilee and Golan tours 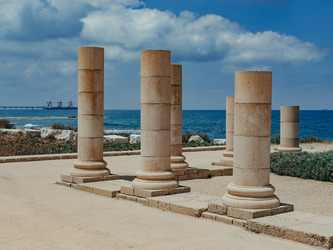 A coastal cities tour first takes you to Caesarea, with its ancient Roman port - remains of Caesarea Maritima, an ancient city constructed by Herod the Great. The port city had an amphitheater, hippodrome, temples, palaces, and other structures. Many have been excavated and preserved. The amphitheater is still used today for concerts. Later Caesarea became a Byzantine capital. Then the Crusaders established a city here surrounded by massive fortified walls. Continue to Haifa famed for its bay and the Baha’i Gardens and the German Colony; then head to the Crusader city of Acre at the extremity of Haifa Bay on the coast of the Mediterranean's Levantine Sea. The unsuccessful Napoleon's siege of Acre was the turning point of his campaign in the Ottoman territories of Egypt and Syria. The last gem of your itinerary will be the sea caves of Rosh HaNikra. 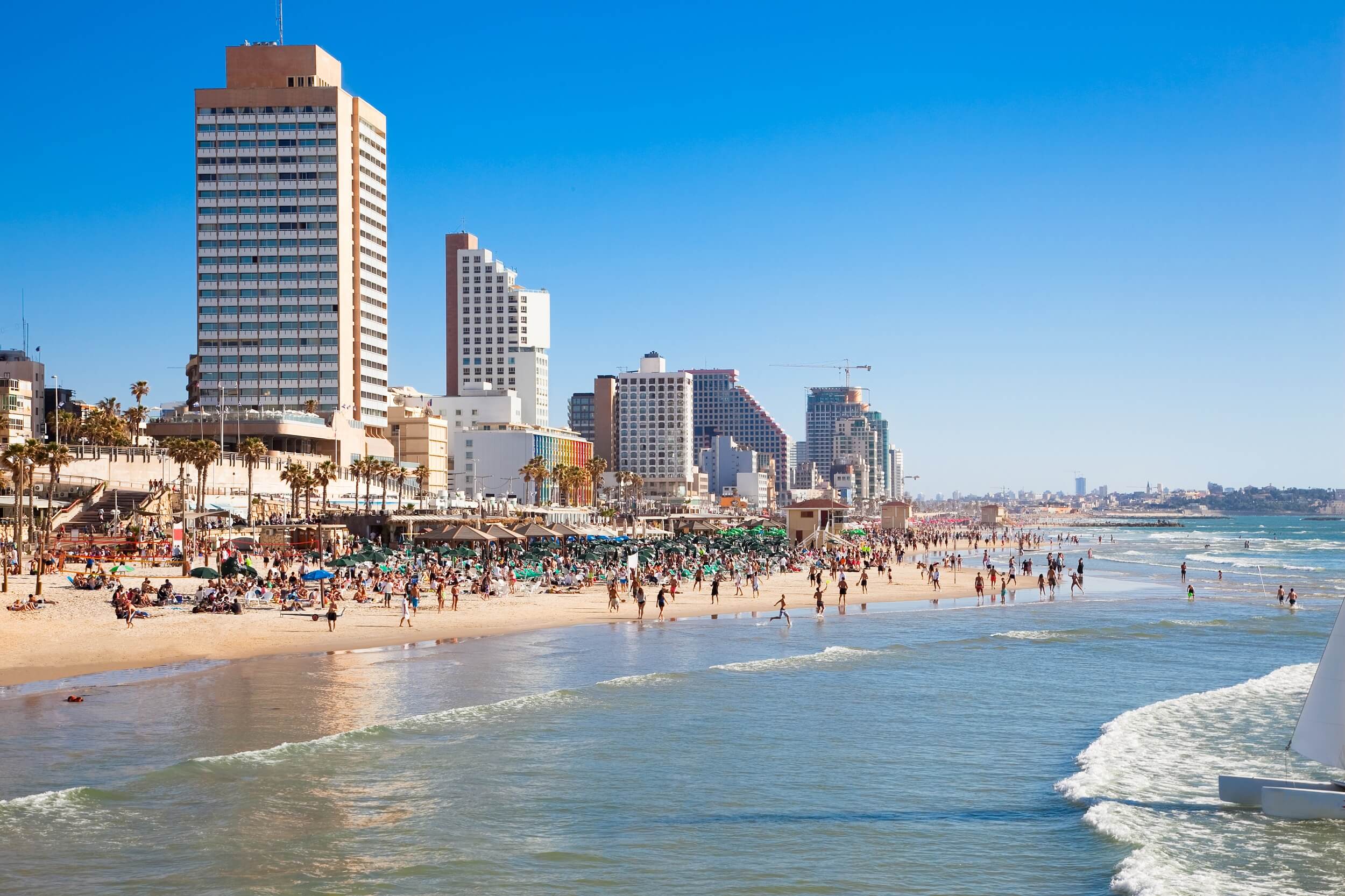 If you have managed to see the top Tel Aviv attractions before you might like to take a one-day tour to Petra, Jordan. If you have been too busy touring the rest of the country then spend a day exploring Tel Aviv. Tel Aviv has stunning beaches; markets; street food and graffiti culture, historic Bauhaus architecture and is connected to the ancient port city of Jaffa which is full of biblical history and mythological allusions. Jaffa Port is where Jonah and the Whale story took place. Beautiful Andromeda was tied to the rocks on the Jaffa coast and then rescued from the sea monster by the Greek hero Perseus. Don't hesitate to visit the bustling Jaffa flea market, a treasure in itself.

See all Tel Aviv tours
If you are interested in a Christian-oriented 5-day Israel tour, a Jewish 5-day Israel package, or a classical Israel tour package, guided tours with one of the leading Israeli tour operators would be a smart solution.