Today modern Caesarea boasts affluent communities with many exclusive neighborhoods, yet if you go down towards the shore you can step back in time to when Caesarea was a mighty Roman port city. The ancient Caesarea port is part of the Caesarea Harbor National Park where you can walk among the remains of King Herod's 2,000-year-old city.

Caesarea began as a small Phoenician port city called Staratons Towers; it was annexed by the Hasmoneans in 90BC and claimed in battle by Augustus Caesar in 31 BC. Caesar gifted the town to Herod who spent the following decade building a magnificent city and port, naming it in honor of Caesar. The Caesarea port was unique at the time as most ports of that era were built on natural bays and here, in Caesarea Herod built an artificial port, one of the most sophisticated and largest in the Middle East at that time. The busy port brought business and prosperity to Herod's city.

The Roman empire came and went, Herod's port sank into the sea and Caesarea was left to future cultures. In the 12th century, the Crusaders built a smaller port on the ruins of the Roman port. The Mamelukes conquered the city and burnt it to the ground in the 13th century including the port. By the Ottoman era, Caesarea stood empty and it was only towards the end of the 19th century that a group of Bosnian Muslims established a small town here. You can still see the constructions at the northern end of the port built by Romans to protect the land from waves and storms.

Visitors can enjoy water-front restaurants and galleries overlooking the beach and new boardwalk. At the new Visitors' Center get insight into ancient Caesarea through exhibitions, a media presentation and displays of archeological artifacts found in and around the harbor. Excavation of Caesarea took place on land and underwater. The submerged port drew international interest as it gave great insight into the technology of port construction during the Roman era. Not only is the old port a beautiful area to explore but divers can even discover the sunken Roman port by following a series of markers beneath the water.

Caesarea is a fascinating and ancient site unlike anywhere else in the world. It is not as accessible as Tel Aviv or Jerusalem and some travelers might prefer to see Caesarea with an organized day trip like the Caesarea, Acre and Haifa tour that takes you to all the top coastal cities. Whichever way you visit Caesarea take the time to soak up the atmosphere, enjoy the sea breeze and imagine you have stepped back in time and are standing by a bustling Roman port. 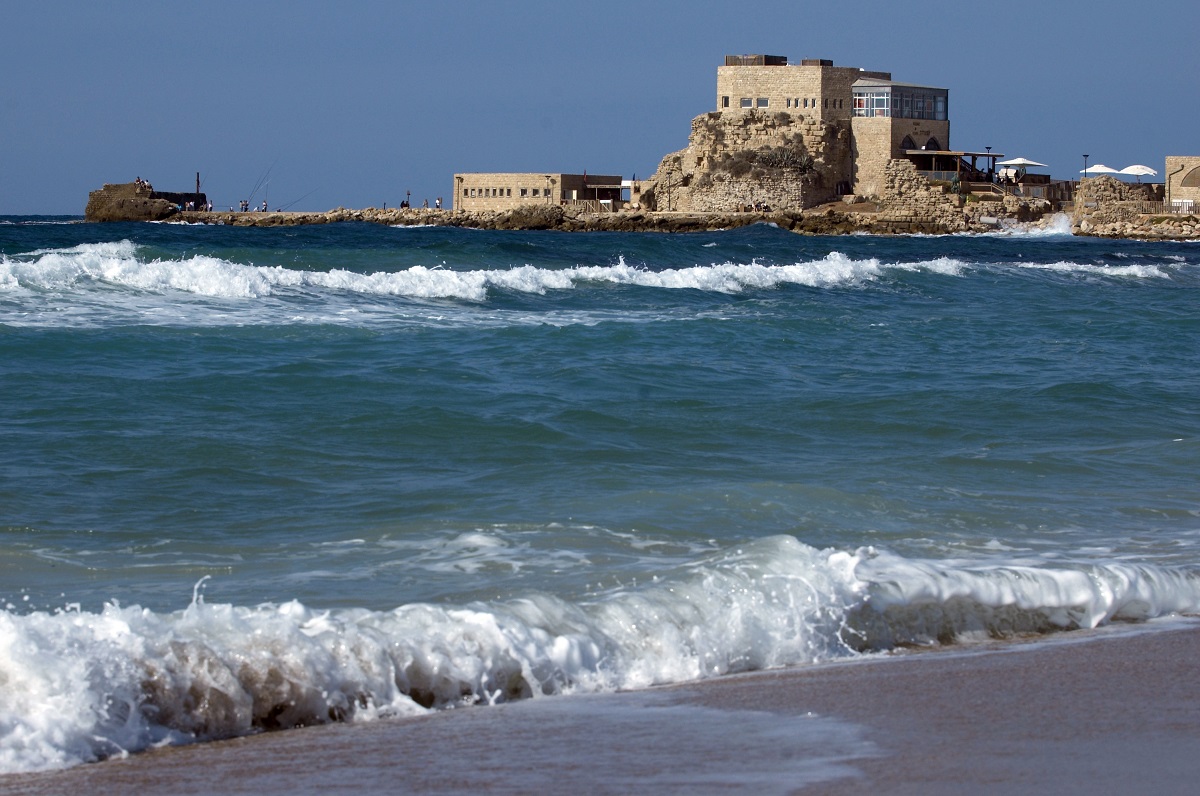