Muhraqa or Horn of the Carmel is the name of a Carmelite monastery located on the southern slope of Mount Carmel about 27km from Haifa at an altitude of 497 meters above sea level. It is here on this high ridge, overlooking the hills of the Lower Galilee that the Biblical battle or contest between the Prophet Elijah and the pagan prophets of Baal took place.

The site is described in Kings I as the place where Elijah persuaded King Ahab to reject the pagan prophets by challenging them to a contest to see who could conjure up fire. The Baal prophets failed but Elijah successfully evoked fire from heaven on the altar burning the sacrifice, wood and stone and earning it the name “Place of Burning.” Following this the false prophets were led away down river and killed.

The Religious Site of Muhraka

Since the 12th century the site on Mount Carmel has been visited by Christian, Jewish and Muslim pilgrims as the site of Elijah’s altar. For over 100 years the site has been owned by the Carmelite Order and their monastery is named after their patron, the Prophet Elijah.  The present chapel, built in 1883 was constructed on a former Crusader structure that marked the site of Elijah’s altar. The chapel altar is made with twelve stones in reference to the twelve stones used by Elijah to build his altar.

Also at the site is a white stone statue of Elijah with his sword poised to kill one of the pagan prophets. The Muhraka Monastery is surrounded by a nature reserve and offers views of the Plain of Esdraelon, the southern Galilee and the Kishon Stream. Not far from here are a number of ancient ruins including Chirbet-ed-Dawabe and Sumaka, both from the Byzantine era. Also nearby on the western edge of Mount Carmel is the Stella Maris Monastery, the Carmelite word headquarters established at the site where Elijah is believed to have lived and near Elijah’s Cave where he is believed to have meditated. 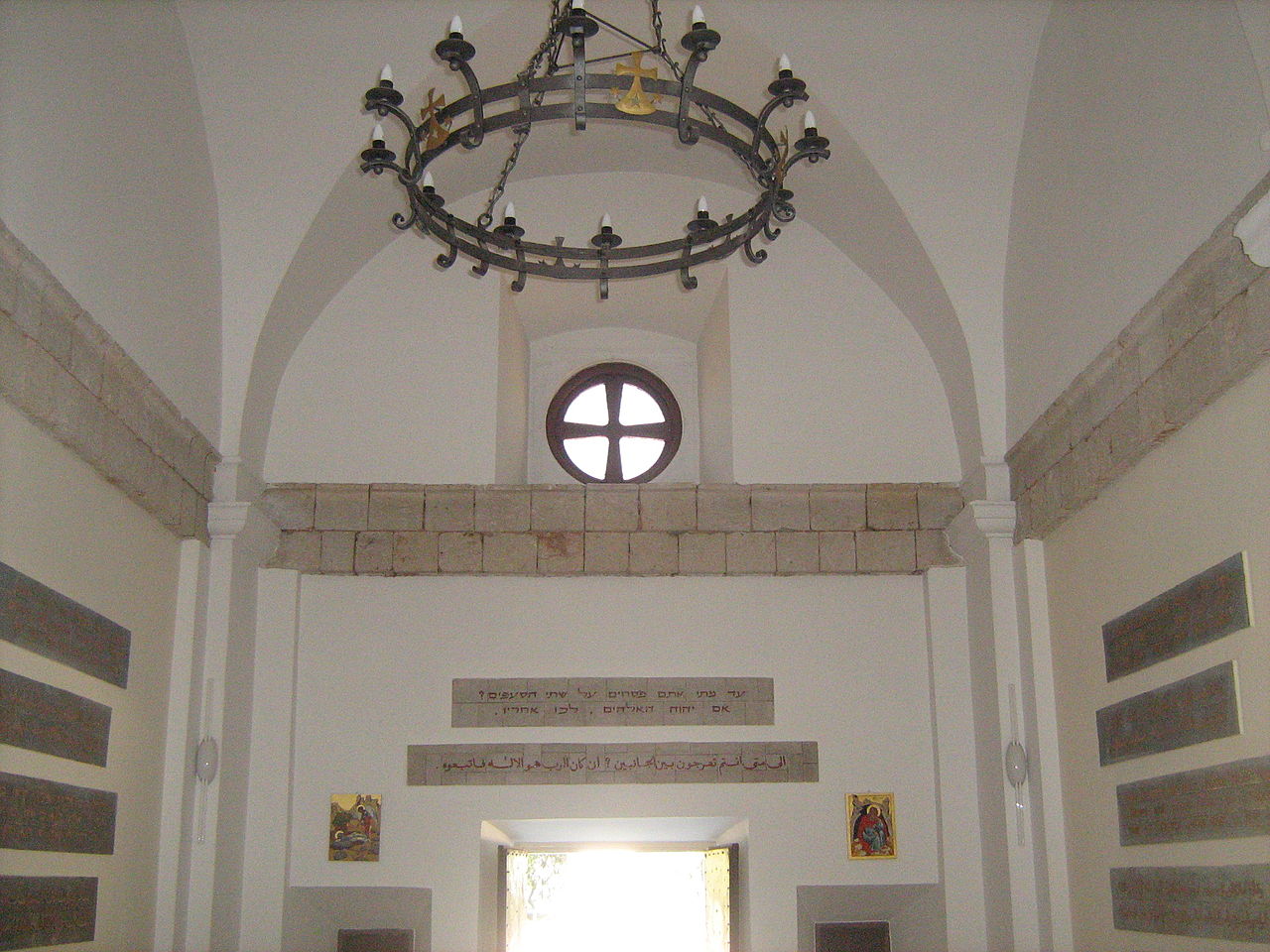