Daliat-el-Carmel is a Druze town 20km southeast of Haifa on Mount Carmel. This is the largest Druze community in Israel. The surrounding landscape is stunningly beautiful and the town itself is unique. The Druze people welcome visitors and are proud to introduce their heritage and traditions to others.

Who are the Druze?

The Druze are an Arabic-speaking minority with an esoteric faith that grew from Islam. The sect guards its doctrine closely with only a few of the initiated being privy to the religious doctrine. Their tenets include the unity of God and continuous reincarnation. There are Druze living in Israel, Syria and Lebanon and they give their allegiance to the country they are living in. Druze are a valuable and integrated part of Israeli society and serve in the Israeli army. The Druze are a peaceful group known for their grace, loyalty, courage and dignity. Today there are about 130,000 Druze in Israel.

What to See and Do in Daliat-el-Carmel

Visitors to Daliat-el Carmel can wander through the picturesque streets and see old buildings as well as the Druze houses of worship called Helwa. There are old oil presses on display, weaving mills and several art galleries. A walk down the main street of Daliat-el-Carmel will take you past many stores selling traditional Druze arts and crafts. You can buy Druze clothing, musical instruments and decorative items for the home. The market is in the center of the town and you can often see the elder Druze residents wearing traditional Druze clothing. On a visit to Daliat-el-Carmel you can try authentic Druze cuisine including the large, thin pita breads.

Oliphant House sits on a hilltop overlooking the town. It is the former home of Lord and Lady Oliphant and their secretary, Naphtali Herz who wrote the Israeli national anthem. Today the house is a memorial to fallen Druze soldiers and the adjacent wall holds paintings and documents relating to the peace treaties with Jordan and Egypt. There is also an observation point at the house where you can see over the mountains all the way to the sea. 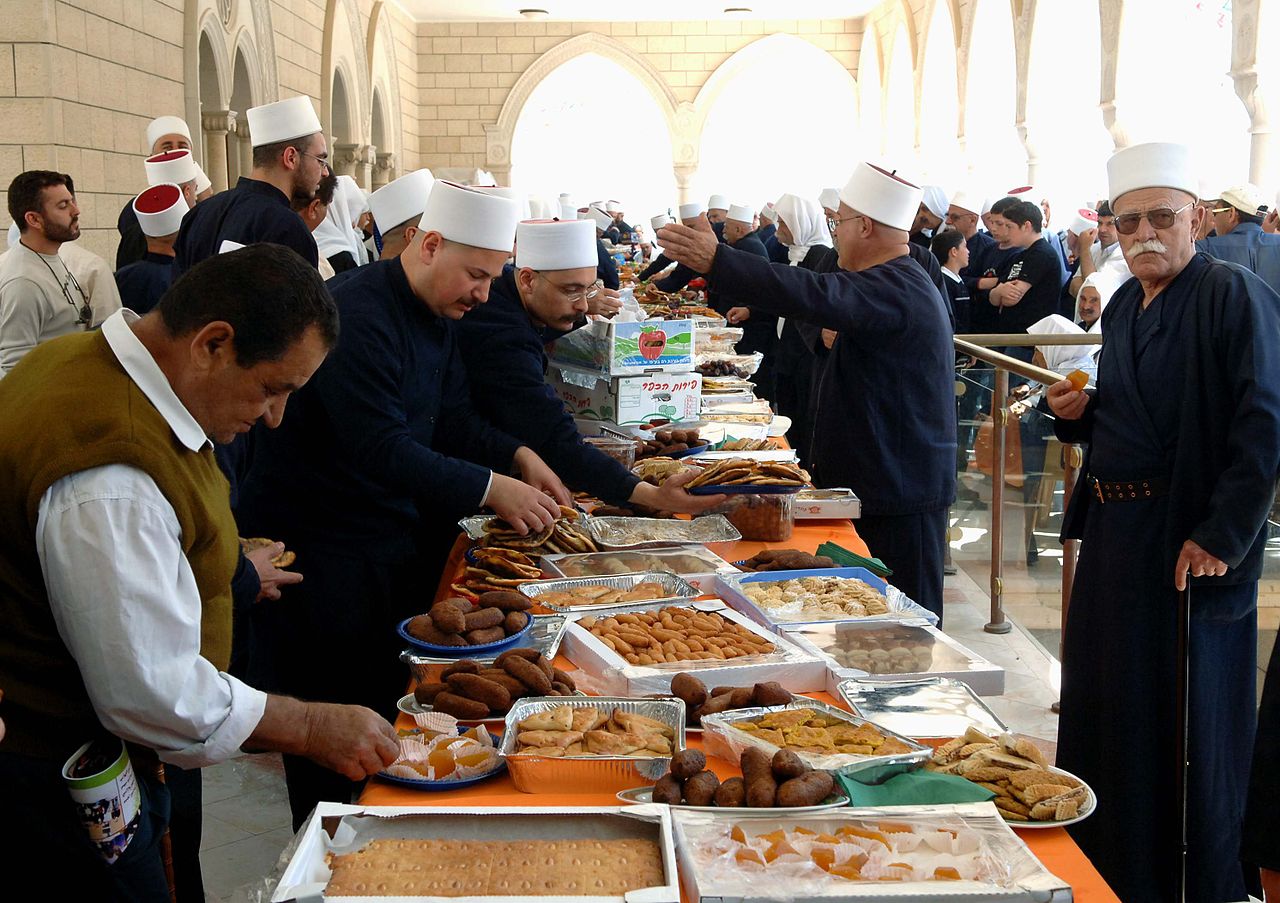