What is Israel known for? Good question! Well, Jaffa oranges and Medjool dates (which few visitors can resist), camels (which the locals don’t actually ride to work) the Dead Sea (the lowest point on earth, where you can even read a newspaper as you float) and technological advancement (start-ups, diamonds and scientific institutes galore) are a few of the the obvious answers but what else? This Mediterranean country is an enormous melting pot (think European fused with Near Asian fused with North African) and definitely punches above its weight in the holiday stakes. Let’s delve a little deeper into what Israel is really known for and why it's such a fantastic destination: 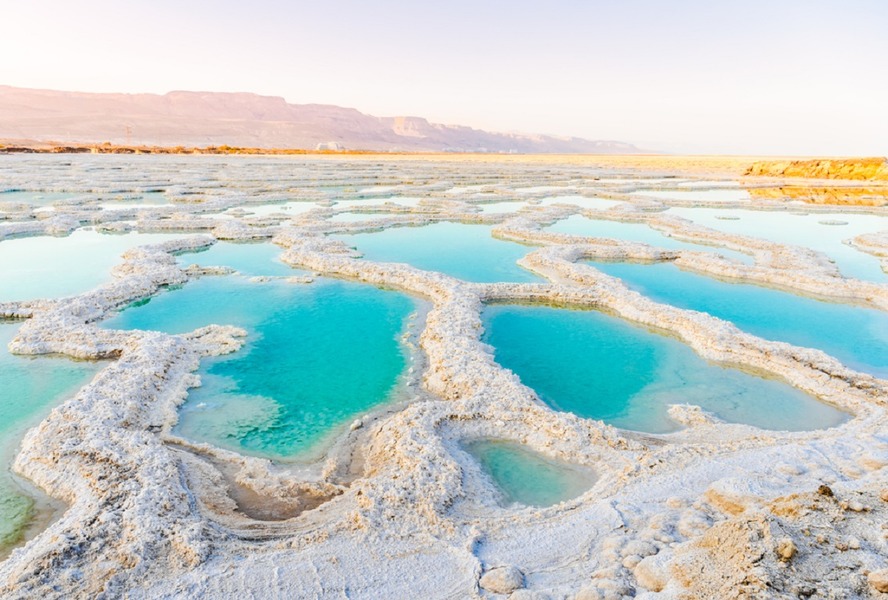 Surveys keep showing that Israelis are some of the happiest people in the world.  Who knows why - maybe it’s the Mediterranean climate, an astonishing array of fresh produce, pristine beaches, beautiful nature reserves, or just a generally cheery disposition that the natives have?

From touring the Golan Heights and rappelling down the side of Mitzpe Ramon’s crater to diving in the Red Sea and wine-tasting at boutique vineyards, you’re going to have the time of your life. Wander Jerusalem’s ancient streets, take a tour in Tel Aviv, admire the Bauhaus architecture, small coffee shops, and vibrant promenade, or kayak down the Jordan River before hiking up a Crusader fortress. Trust us, it’s hard not to feel happy when you’ve so much choice in leisure activities. 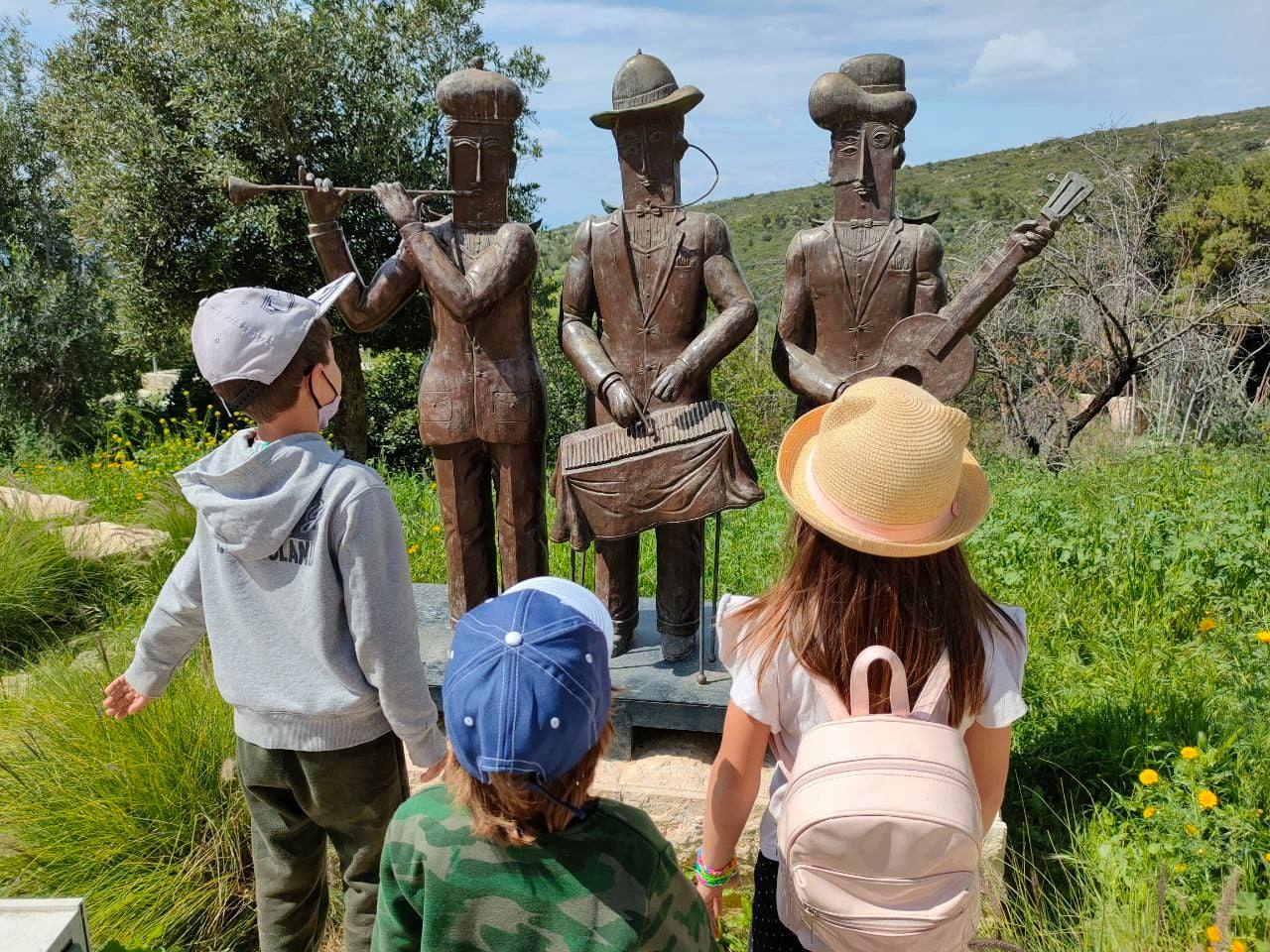 Israel isn’t just the hailed Start-Up nation now, it’s a veritable Vaccination Nation. How did this small country manage to roll out the vaccine faster and more efficiently than any other place in the world? Maybe it was a mixture of the advanced health care system that has existed here since long before Israel even became a nation, combined with the indomitable entrepreneurial spirit that you find in this country but, as of March this year, it opened back up for business at a time when much of the world was still on lockdown. On its way to becoming the first nation to hit herd immunity, now is the perfect opportunity to travel here and tour Israel, a country that’s ahead of the curve in every way possible. 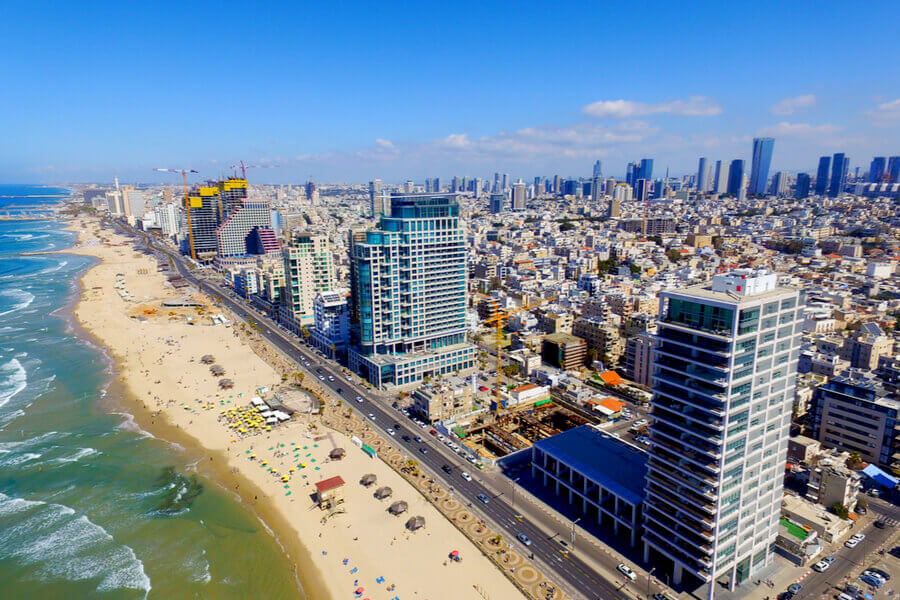 3. Jerusalem, the City of 3 Faiths

The only city in the world home to three major religions, this ancient city is revered by Christians, Muslims, and Jews alike.  Whatever your faith, or feelings about God, it’s hard not to be moved whilst standing at the Western Wall, entering the Church of the Holy Sepulchre, or wandering the streets of the Muslim quarter.

Stepping back in time, treading the stones that Romans, Crusaders, and Ottomans trod, can make for an intense and surreal experience, especially as the light sets on the Old City at dusk. Take our Jerusalem Dome of the Rock and Temple Mount tour and find out for yourself what makes this city so extraordinary.

Masada, the Wailing Wall, Caesarea, and Herod’s Palace are just some of the astonishing and colossal building projects that King Herod undertook, back in the day. The easiest and most effective way to see and understand these places is with a qualified and experienced guide, who has the experience and education to make them truly come alive for you.

What about our Masada and Dead Sea tour, combining history and chill-out time in the Judean desert?  Or our Caesarea, Acre, and Rosh Hanikra tour, fusing Herodian and Crusader architecture with chalk rocks, cavernous tunnels, and spectacular grottos?  Or for the real history buff, our ‘In the Footsteps of Herod Private Tour” where you can tweak the itinerary to your specific needs. 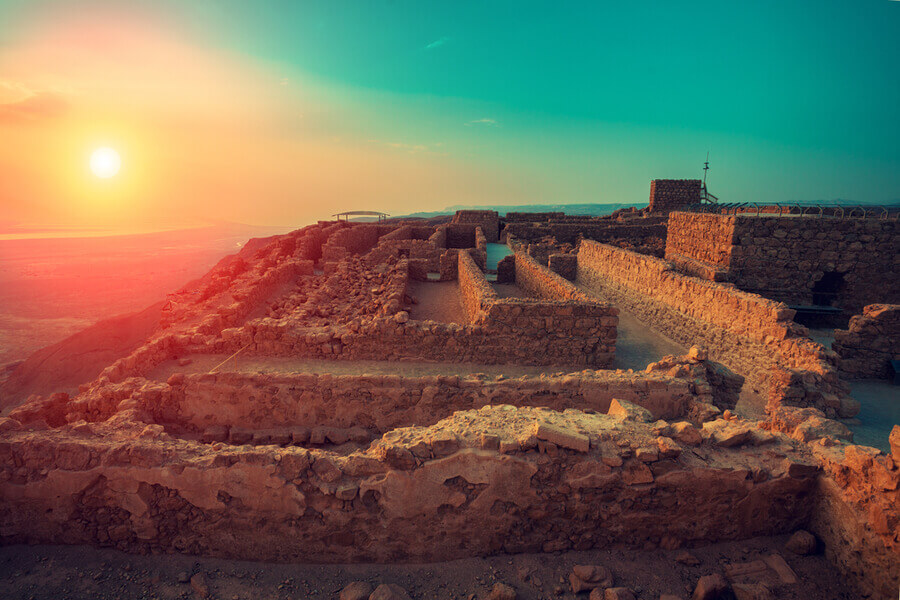 5. Diversity: Israel is a ‘Melting Pot’ of Cultures

If you don’t know what ‘melting pot’ means, then take a trip to Israel. This country is diversity personified - in its cultures, peoples, and places. Yemenite fuses with Polish, Iraqi melds with Germany and Turkey meets Spain - and this is reflected in the people you see on every street corner. You’re spoilt for choice when it comes to sites, cuisine, and activities too.

Our Christian tour packages give you a chance to walk in the footsteps of Jesus, from his birthplace and early years, to the spots in Galilee where he preached and finally to Jerusalem, the site of his burial and resurrection.  And our Jewish tour packages are no less of a gem - some of them combining history and culture with a trip to Petra in Jordan to finish up.

Whether it's monasteries, churches synagogues, or mosques you’re after, and no matter whether you crave schnitzel, falafel, or gourmet dining, this country can serve it up. Celebrate the diversity! 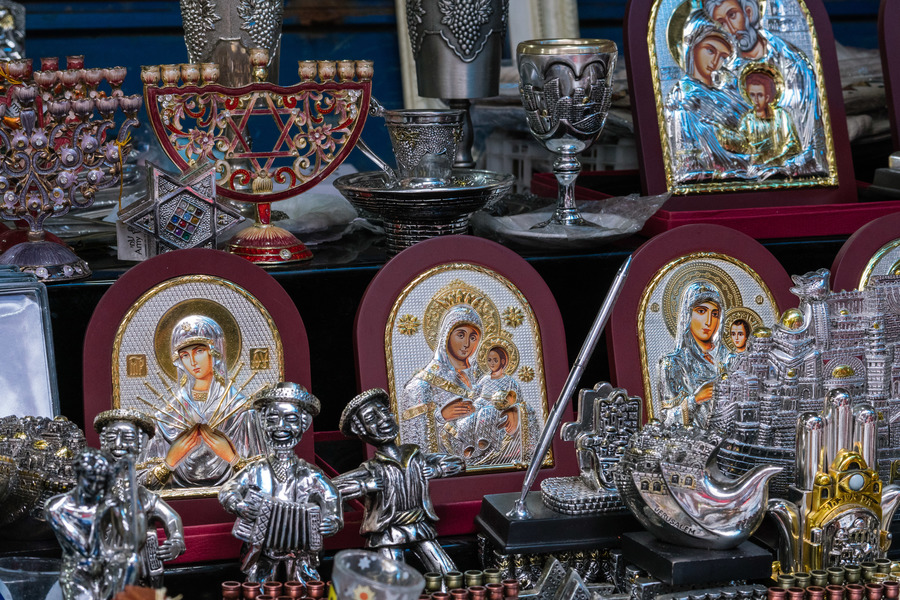 6. The largest Number of Museums per Capita in the World

Israelis love learning - not for anything are they known as the People of the Book - so anyone visiting here will be spoilt for choice when it comes to their museums. History, archaeology, design, art...this country has it all. Many choose to begin at the Israel Museum, which houses the Dead Sea Scrolls (the second oldest known manuscripts of the Hebrew Bible). Or take our Jerusalem day tour, which includes time at Yad Vashem, housing emotional exhibits devoted to the horrors of the Holocaust.

Moving onto Tel Aviv, you could spend many an afternoon exploring at the Tel Aviv Museum of Art, which houses an impressive collection of classical and contemporary paintings. There’s also the Palmach Museum, telling the story of how Israel was established, or Beit Hatfutsot recounting the history of the Jews in the diaspora.

Moreover, there are plenty of hidden gems in the form of the Chelouche Gallery (in trendy Neve Tzedek) sculptures at the Nahum Gutman house, the Holon Design Museum (20 minutes from Tel Aviv), with its striking steel exterior, and Caesarea's Ralli museum, built in Spanish colonial style and located in a sculpture garden that boasts palm, carob, citrus, and olive trees. 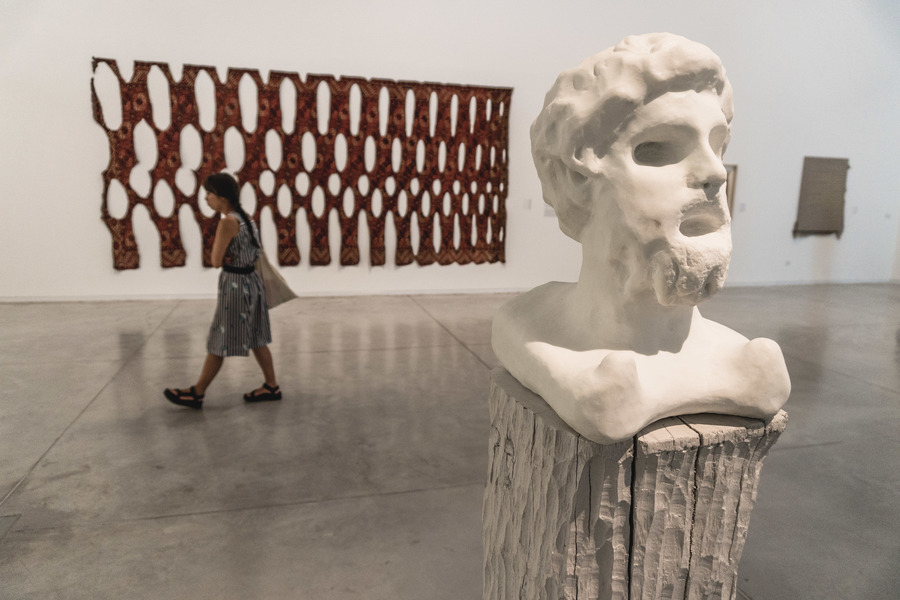 7. Israel is the Land of the Bible

Whether your faith is deep or you’re simply fascinated by biblical history, Israel is a phenomenal place to travel and see, first hand, sites where prophets and saints were born, walked, and preached. Jerusalem is somewhere you’ll never forget...pondering in the Garden of Gethsemane, gazing over the Mount of Olives, and exploring the Church of the Holy Sepulchre.

Outside of the Old City, we would also recommend taking a private tour of Jerusalem and Bethlehem, taking in sites such as Ein Kerem, home to the Church of John the Baptist and Mary’s Spring, following on with a visit to the Church of the Nativity, where Jesus was born.

In the north of the country, on a private tour of Megiddo and Nazareth, you’ll have the opportunity to explore ancient archaeological remains, visit the Church of Annunciation and the local marketplace. And as it’s a private tour, you can also make personal requests...for instance a trip to Cana (where Jesus turned water into wine) or a detour to Mount Tabor. 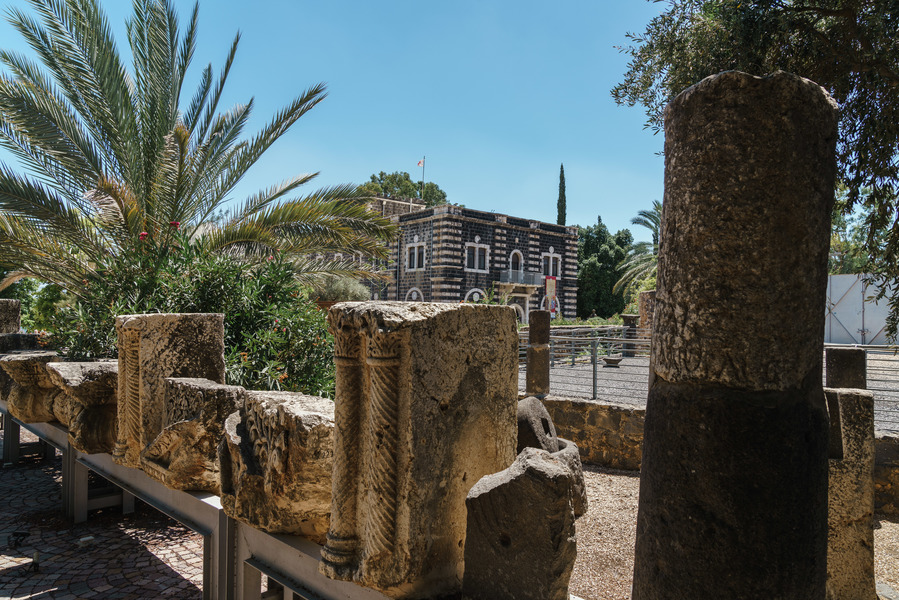 Capernaum believed to have been the home of Saint Peter. Photo credit: © Dmitry Mishin

The most gay-friendly country in the Middle East and a major tourist destination for LGBT tourists from around the world, Israel’s reputation for being modern and progressive is well deserved in this respect. Minorities are always welcome in this country, whatever their race, creed, or sexuality and the number of rainbow flags you’ll see in windows and on the beaches in Tel Aviv are proof of that.  Every year there are Pride celebrations across the country, the largest and most lively being in Tel Aviv, where up to 250,000 people take to the streets each June, dancing, singing, and enjoying the floats before an enormous party on the beach.

During that week, the Tel Aviv municipality lights up city hall in rainbow stripes, bakeries make rainbow-colored cupcakes and the Hilton Beach (historically gay-friendly) is the hottest spot in town! There’s also plenty of nightlife if you’re in the mood for a late-night or two!. So if you want to take a holiday to a country where you know you’ll be accepted and feel comfortable wherever you go, then don’t hesitate to get on a plane to Israel. Explore the most LGBT-friendly city in the Middle East with one of the amazing Tel Aviv tours. 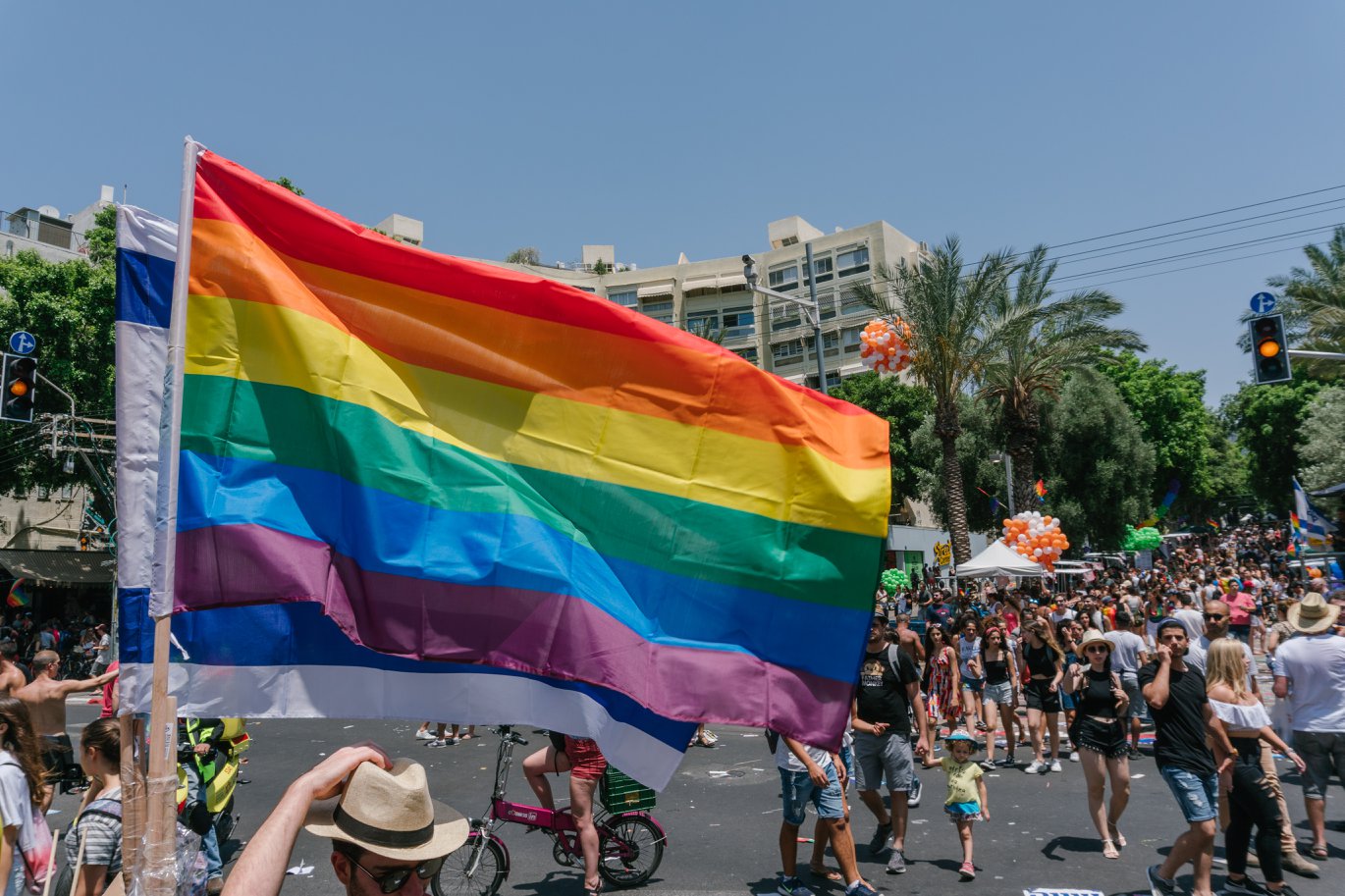 Wine has been made in Israel for centuries, of which there are many references made in the Bible (grapes were one of the seven species mentioned in the Old Testament).  But what many people visiting here do not know is that today Israel has a thriving wine industry, founded by Baron Edmund de Rothschild in 1890, in the Carmel mountains.

Zichron Yaakov is a charming village, nestled in the Carmel mountains, just an hour north of Tel Aviv. You can take a tour of Zichron Yaakov wineries, first sponsored by the Baron himself.  Israel exports over 35 million bottles a year and in the last few years has really begun to make its mark on the global wine map.

Spoil yourself at one of the small boutique vineyards - in the Galilee there’s Kishorit, and in the Golan there’s Pelter. Villa Wilhelmina (near Ben Gurion airport) has won numerous awards and host Friday brunches, where excellent food is served with the Flam wine, not too far away, is another lovely spot, a family-run winery, where every member of the clan plays their own unique part in the process.  In Hebrew, we say “L’chaim” (“to life”) when we raise a glass, and what better place to say it than at a vineyard in Israel. 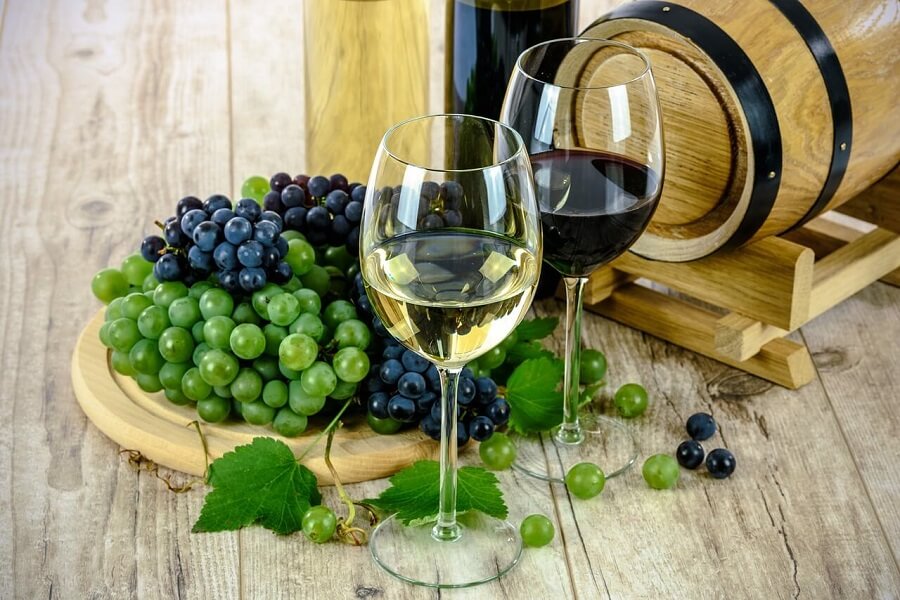 Finally, we have to mention safety. Let’s face it, over the years many tourists have been put off visiting this amazing destination because of the political situation and the perception that war is always about to break out. Granted, everyone goes to the army here, so you do see young soldiers on the street quite often. But the fact is that Israel is remarkably safe - most people are very friendly and actually love to help tourists!

Furthermore, Ben Gurion is the most security-conscious airport in the world, and whilst everyone - on departure - will have to answer a few questions with an official, you don’t have to be scared - it’s all being done to protect you as a passenger.  With an airport transfer from or to Ben Gurion, you’ll have a smooth journey and, with a bit of luck (and patience) you’ll get through security fast, giving you time to enjoy the excellent cafes, duty-free and shops (in case you’re tempted to buy one more small souvenir, from your time in this astonishing country). 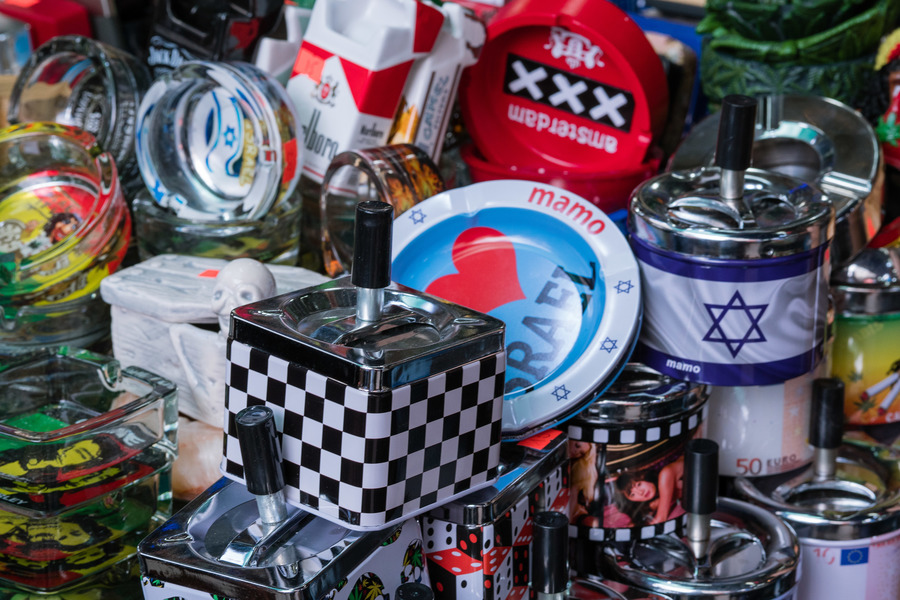