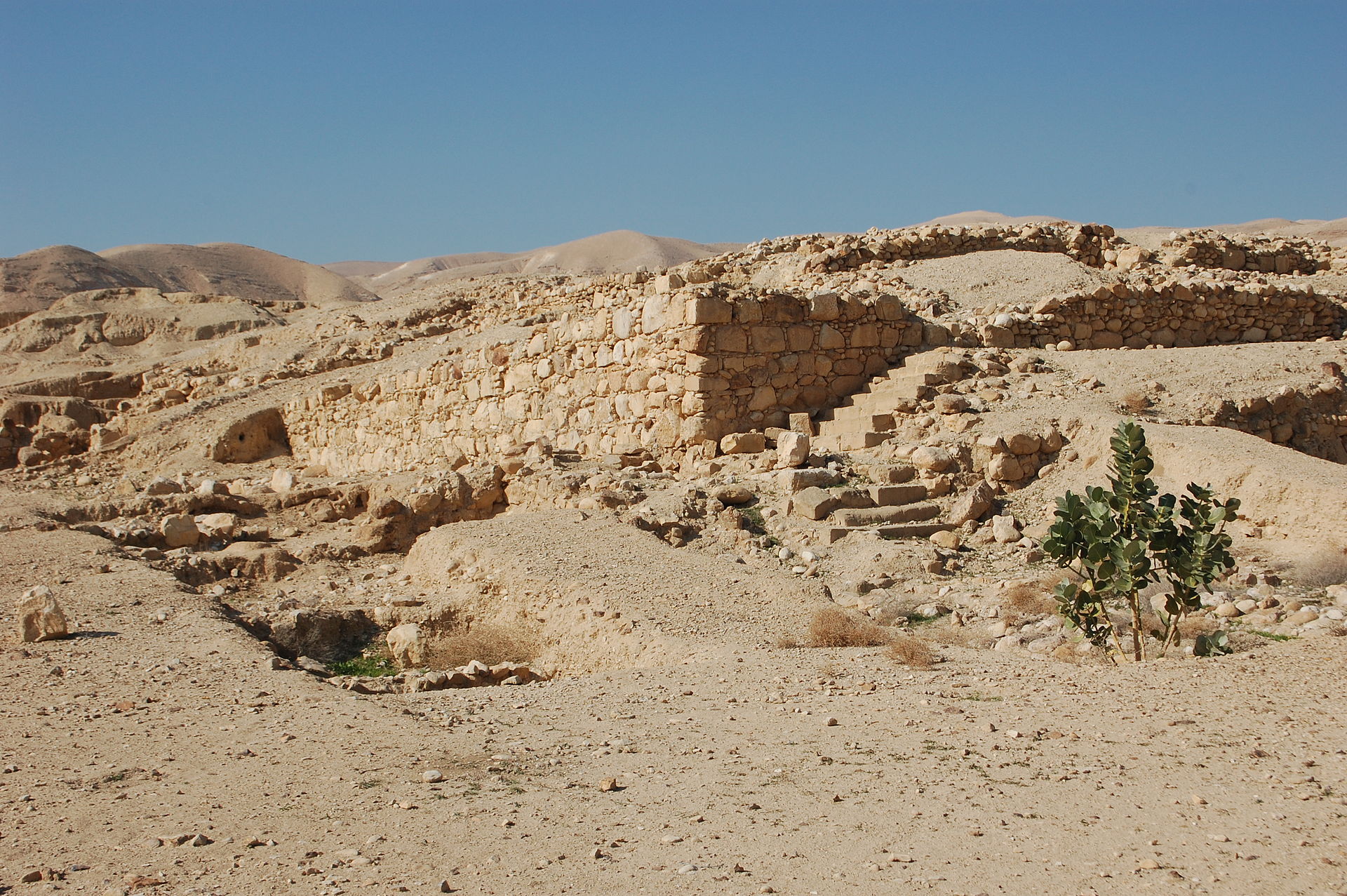 Herod the Great (37BC-4BC) had a winter palace built about 3-km southwest of Jericho in southern Israel. The enormous palace complex spanned Wadi Qelt gorge, with a bridge connecting the sections built on the northern and southern banks. It had luxurious amenities, courtyards, sunken gardens, and swimming pools. Herod’s palace was near the Roman road that connected Jericho and Jerusalem. Jericho was a lush oasis in the desert and benefitted from the abundant water of nearby springs.

Herod chose this site for his winter palace, where temperatures were warm in the winter, and it was only a day’s ride to Jerusalem. The palace remained in use until the Jewish Rebellion against Rome in 66-70AD. Herod also had palaces in Jerusalem, Herodium, Masada, Caesarea, and several other places. You could say he was a construction aficionado, who was responsible for some of the greatest Roman architectural remains in Israel. This earned him the epithet, the Greatest Builder of ancient times.

To make things a little confusing, there was more than one “Herod” in Israel. Herod the Great (c.72BC-4BC) was the Governor of Galilee and ruler of Judea from c.37BC until his death. He is famed for his massive building projects, including the construction of the Second Temple in Jerusalem, the port city of Caesarea, and the fortress at Masada. According to the Gospel of Matthew, he was also the king who ordered the Massacre of the Innocent at the time of Christ’s birth. This is the Herod who had a palace at Jericho.

When he died, his kingdom was divided between his sons-Herod Antipas, Herod Archelaus, and Herod II Philip and his daughter, Salome I. They ruled for about 10-years. Herod Antipas was the ruler mentioned in the New Testament, who played a role in the crucifixion of Christ. Then, King Herod Agrippa, I took over, followed by his son, Agrippa II, who was the last Herodian monarch to reign over Judea. There were others in the Herodian Dynasty that had less eventful lives.

Herod built three palaces at Wadi Qelt. In 35BC he built the first palace on land leased from Cleopatra of Egypt on the southern bank of Wadi Qelt. He built his second palace in 30BC, north of Wadi Qelt, on the remains of a Hasmonean palace. Some archaeological remains at the site of Herod’s Jericho palace, date back to the Hasmonean palace that was destroyed in 31BC by an earthquake. Subsequently, Herod covered the remains with an artificial mound, on which he built his second Jericho palace.

Herod incorporated elements of the destroyed Hasmonean palace into his own palatial home. Herod’s third palace was built in 14BC, overlooking the gorge from the northern bank. A bridge spanning the gorge connected the first palace on the southern bank to the second and third palaces on the northern bank. The third palace would have been the most opulent. Surrounding the palaces were service buildings, farms, orchards, and living quarters for palace staff. Jericho’s fertile ground and springs meant they could grow palm trees for dates and honey, spices, and plants from which they produced rare aromatic perfumes.

Imagine this incredible palace, surrounded by desert and dominating the deep Wadi Qelt gorge. Ancient travelers, including Jesus, would have seen the palace from the Roman road between Jericho and Jerusalem. Today, visitors can walk among the excavated remains of Herod’s palace at Jericho. Many of the architectural elements have been uncovered, including ritual baths, a courtyard surrounded by columns, rooms paved with mosaics, and walls adorned with frescoes. Originally the palatial home would have had a reception room with a marble floor.

On the northern bank of the river gorge was the palace reception room, large courtyards, gardens, a gymnasium, and a bath complex. Across the bridge that spanned the gorge was a sunken garden and swimming pools. The expansive excavation site gives visitors an understanding of the luxurious life lived by Roman royalty and the ingenious skills of Roman engineers.