Tel Jericho or Tell es-Sultan, er-Riha or the Mound of Jericho is an archaeological site in the West Bank about 10 km north of the Dead Sea and 2 km north of modern-day Jericho. The archaeological excavation of Tel Jericho is on the site of the ancient city of Jericho inhabited from the 10th millennium BC. It is widely believed to be one of the oldest inhabited cities in the world and the oldest city in Israel. The city grew up around the spring of Ain es-Sultan. This would have been the city of Jericho mentioned in the Old Testament.

The site was inhabited by consecutive settlements each leaving behind a layer of remains eventually creating the mound of Jericho. The city of Jericho stood at the site of Tell es-Sultan until about the 6th century when it was conquered and destroyed by the Babylonians. In later years the city was rebuilt 2km to the south and became modern-day Jericho.

In 1868, British explorer Charles Warren sunk a number of exploratory shafts into the mound but his probes fell short missing the ancient remains by just a meter. 40 years later German archaeologists Sellin and Watzinger reexamined the site and discovered the Middle Bronze Age Revetment Wall. Again in 1930-36 British researcher, Sir Garstang was at Tel Jericho and in 1952-58 it was examined by Kenyon who first discovered the Neolithic Tower of Jericho. The excavations have continued since 1997.

The Neolithic Tower dates back to 8,000-7,000 BC (Pre-Pottery Neolithic A). The tower stands 8 meters tall and has a diameter of 8 meters. The tower was connected to a 4 meter-thick wall. The Tower is located on the eastern side of the city, probably near the city gate. It has been suggested that the tower was home to the biblical character Rehab the whore. However, Kenyon concluded from her examination of the site that the city was destroyed in 1550 BC long before Joshua arrived on the scene. Other experts concluded that all biblical references to Jericho are plausible and supported by archaeological findings.

The Revetment Wall (retaining wall) dates back to the Middle Bronze Age and was constructed to support the sides of the mound and prevent erosion. The wall was built with Cyclopean stones and topped with a mudbrick wall. Although Sellin and Watzinger first uncovered the wall in 1907-13 it was the later excavation in 1997 that revealed the southern portion of the wall. There is archaeological evidence that the mudbrick wall collapsed at some point.

Experts date the destruction of the wall to 1400 BC – the approximate period of the famous biblical story of Joshua bringing the walls of Jericho down. Further support of the biblical record of events at Jericho came in the form of ancient storage jars dating back to the last Canaanite city of Jericho when Joshua burned the city. 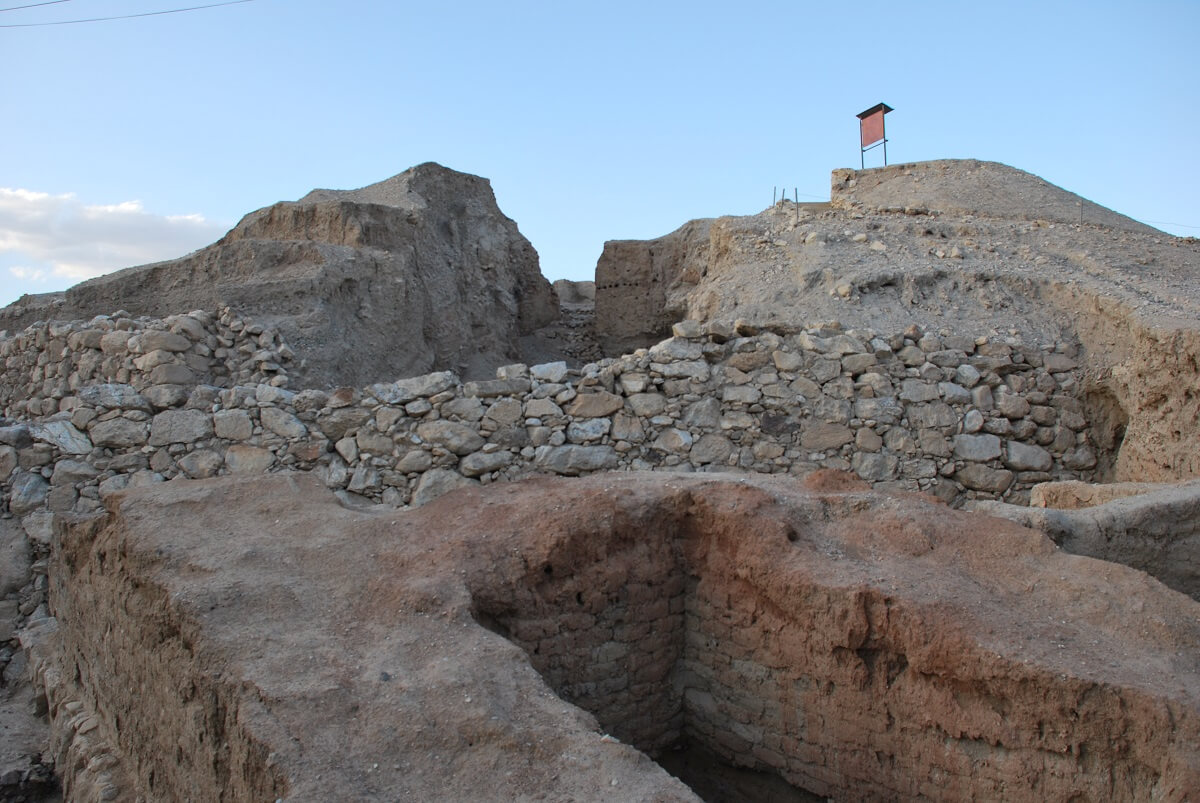