Sports in ancient Israel are mentioned in the Bible although some practised by Egyptians and Greeks were condemned by the sages for involving pagan practises.  But others were definitely ‘kosher’ e.g. running.  Although sport was not supposed to detract away from the idea of studying the Torah (Jewish Bible), there are dissenting ideas.  Rabbi Kook, for instance, argued: "When the holy people will be physically firm and strong, holiness will prevail in the world.”  The theatre in Caesarea is also evidence that sports were popular, back in the day. 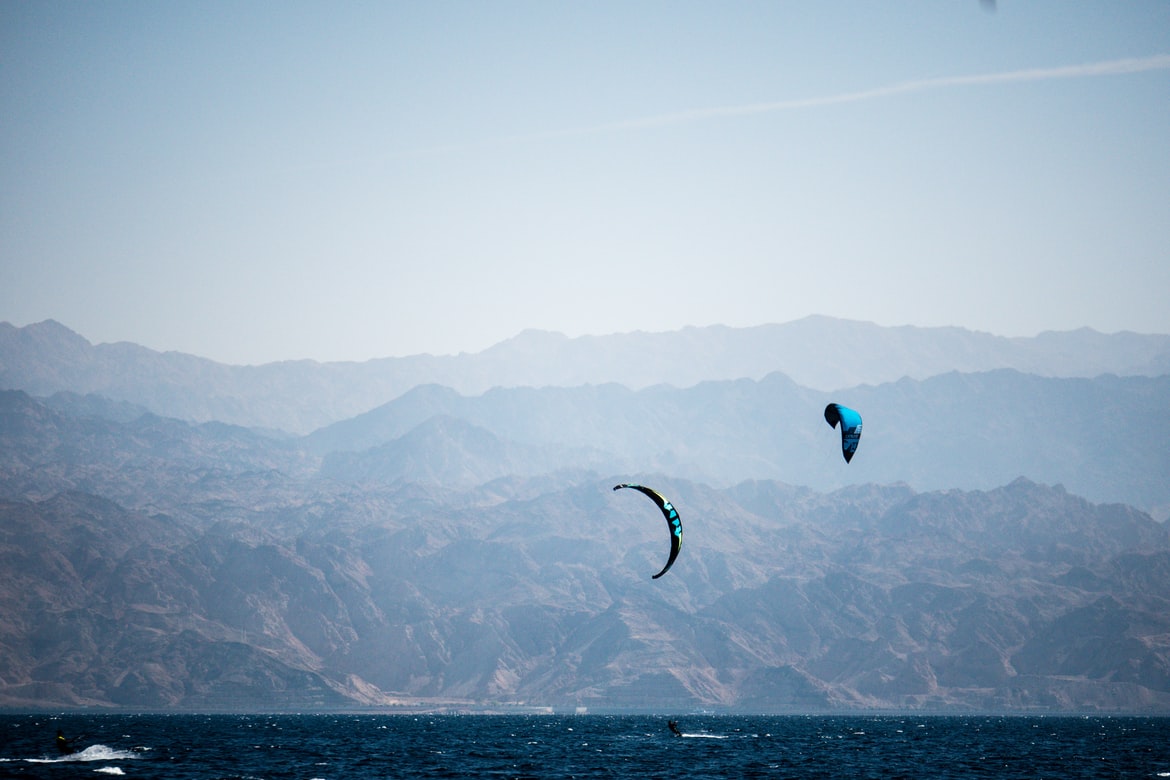 Kitesurfing in the Red Sea, Israel. Photo by Raimond Klavins on Unsplash

The sports tradition in more modern times has continued, particularly with football which first came to the Holy Land under Ottoman rule. In 1928, the Palestinian Football Association was formed and the British Mandate of Palestine national team played Egypt in 1934 in a World Cup qualifying game (they lost - and badly!)

After the creation of the State of Israel, they were renamed as the national team of Israel and their first match as an independent nation was against the US Olympic Team.  So what are the most popular sports in Israel?  Well, we’d have to say football and basketball for starters. Israel’s Premier League was started in 1999, and today is a member of UEFA.

The national stadium, first located in Ramat Gan, was where games were originally held but today games are usually played at Bloomfield Stadium, in Tel Aviv. Football (soccer), arguably, is Israel’s national sport today, just edging out basketball in the popularity stakes. ‘Ligat Ha Al’ - the Israeli Basketball Premier League - makes up the top 12 basketball teams in Israel and was set up in 1954.  It is well-known in Europe and in recent years they have had more links with the NBA in North America. 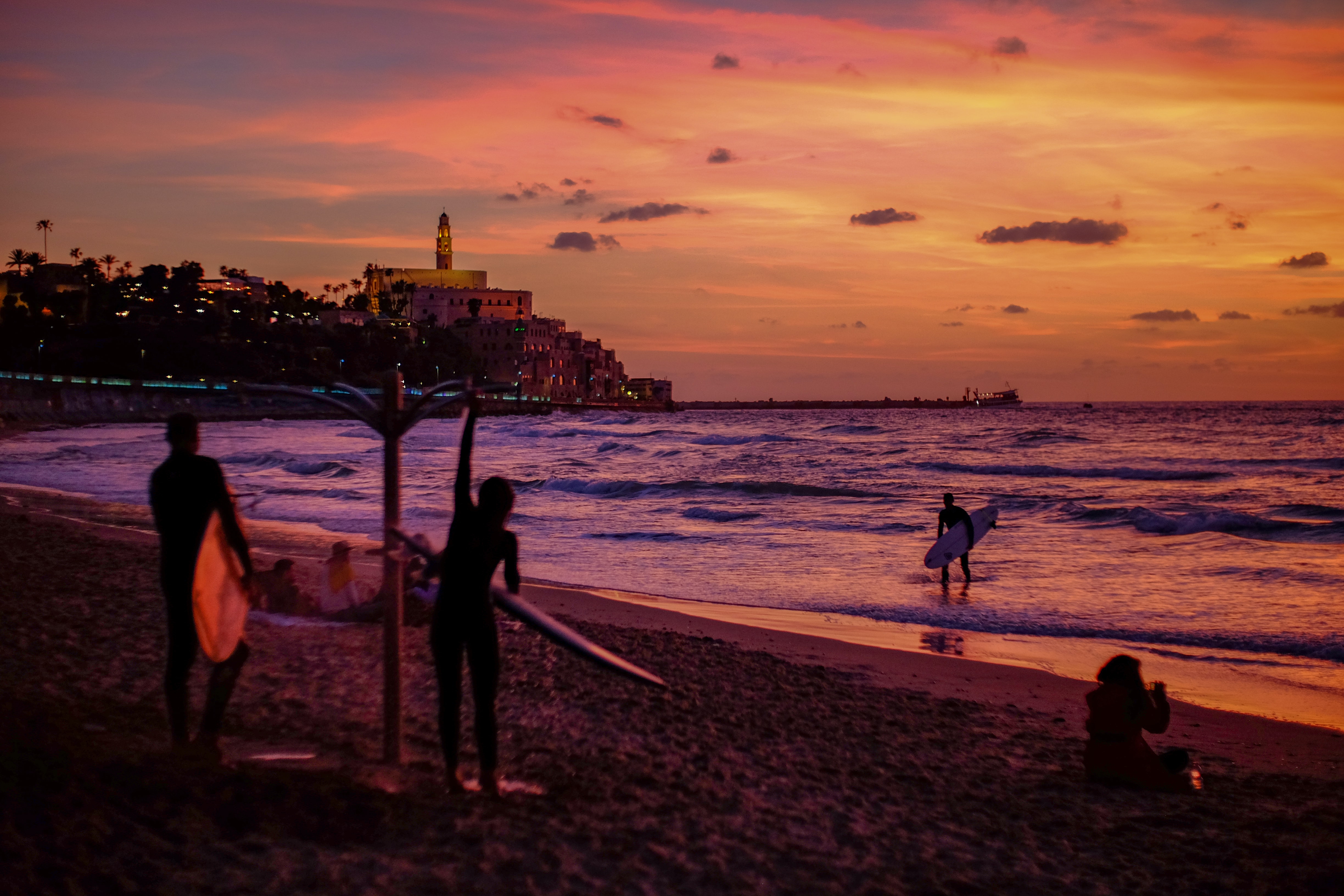 Surfers at Alma Beach in Tel Aviv. Photo by Zoltan Tasi on Unsplash

There are also many other sports that are popular in Israel - swimming, rowing, tennis, chess, boxing, figure skating, and gymnastics.  Golf is a relatively new sport in Israel but there is a full-sized course in Caesarea.

Baseball became more popular in the 1990s, and today there’s a very successful ‘Baseball for All’ program running in Israel, which encourages Jewish and Arab Israeli students in 6th grade to play together three times a year.   Indeed, Israel was only just pipped to the post (by the Netherlands) in the European Baseball Championship in September 2021.

Martial arts are very much enjoyed, particularly Krav Maga (a self-defense and fighting system, developed by the Israel Defence Force). There’s also Kapap - a ‘fusion of different fighting styles like boxing, judo, jiu-jitsu, and knife combat. Extreme sports in Israel are also becoming more popular.  Whether you want to rappel down the side of the Ramon Crater, a canyon in the Golan Heights, or sandboard in the dunes of the Negev desert, there’s a tour for it. 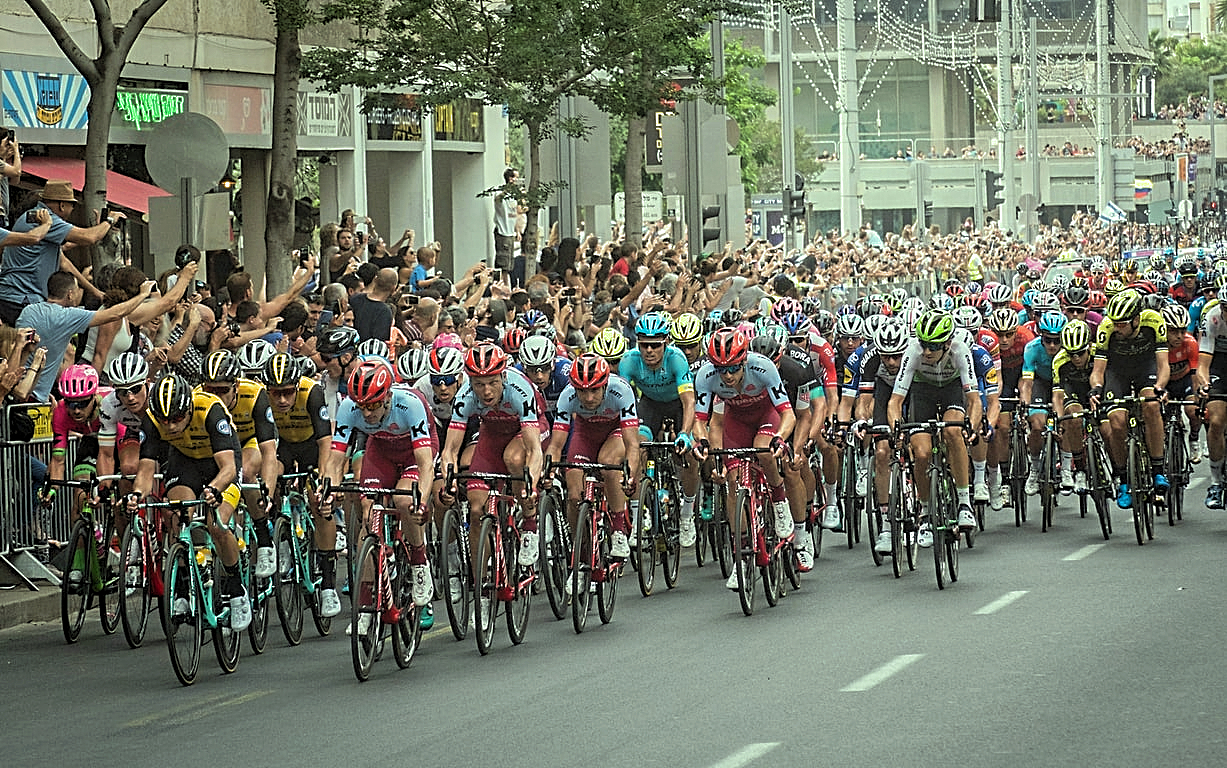 The bicycle race Giro d'Italia in Israel. Photo by Yoav Aziz on Unsplash

With its fabulous Mediterranean coastline, the Sea of Galilee, and the beautiful Red Sea besides. Israel is a paradise for anyone who loves water sports. Diving - there’s no better place to dive than Eilat, with its clear waters, stunning coral reef, and shoals of brightly colored tropical fish.  For beginners, there are authorized PADI courses available and for more experienced divers Eilat Coral Beach is a great spot to explore. For those nervous about going underwater, it’s also fun to snorkel.

Jet skiing - available both in Eilat and the Sea of Galilee, either take a trip out with an instructor or rent your own!  Trust us, it’s an extremely exciting experience. Stand Up Paddle Boarding - this sport is growing in popularity -  these boards look much like surfboards but are infinitely more stable, so you move around without tipping over precariously.  Ideal for exploring on flat water, you’ll see both locals and tourists out on the Mediterranean, enjoying themselves in this way.

Sea Kayaking - If you want to go out on open waters such as lakes, bays, or the Mediterranean Sea in Israel, Because they are long and narrow, they’re great for negotiating waters. Sailing - it’s easy to hire a yacht in Israel and spend a few hours on the sea, topped off with a wonderful sunset.  Clubs in Tel Aviv and Herzliya rent out vessels from a few hours to a week...so get set! 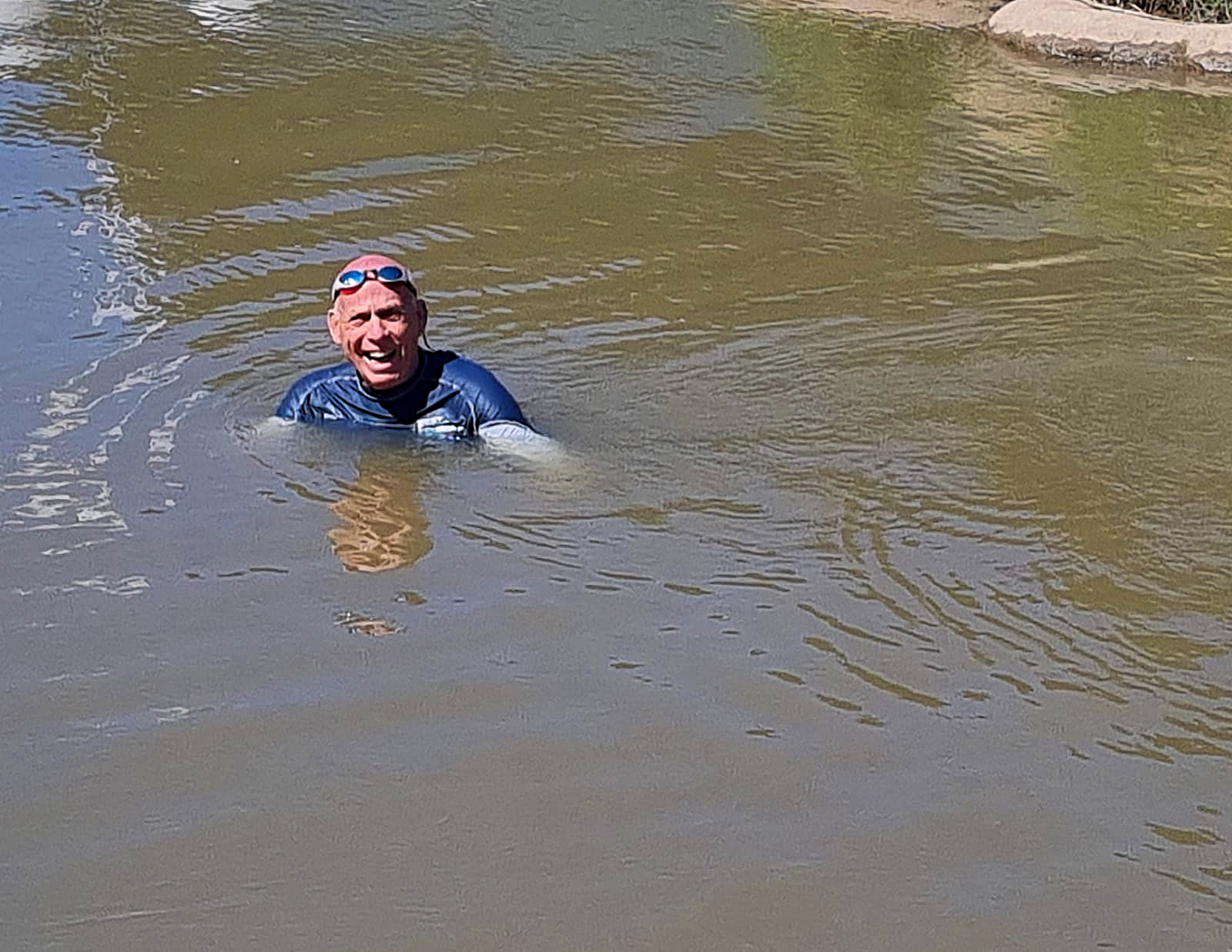 Matkot - this is, unofficially, Israel’s national beach sport and much loved by the locals.  It’s a wooden paddleboard game, where two players smash the ping pong-sized ball back and forth and observers hope they don’t lose an eye when the ball goes astray! Beach Volleyball - also very popular in Tel Aviv. On summer Saturday mornings in particular, at Gordon Beach, you’ll see plenty of young, attractive people (dressed in very little) getting fit, by way of the free courts there.

Sports Events and Festivals in Israel

There are so many to choose from, it’s hard to know where to begin but here are a few we can’t resist mentioning...The Maccabiah Games are held every four years - essentially it’s a quadrennial Jewish Olympics, bringing together the most promising Jewish athletes from around the world. First held in 1932, It is the third-largest sporting event in the world, with 10,000 athletes competing and hosts open, junior, master, and disabled events.

The games were named after Judah Maccabee, a Jewish leader who defended his country from King Antiochus. Today, the torch that lights the flame at the opening ceremony takes place in Modiin, his birthplace. The Maccabiah Games recognizes all 28 current Olympic sports, as well as chess, netball, and cricket! 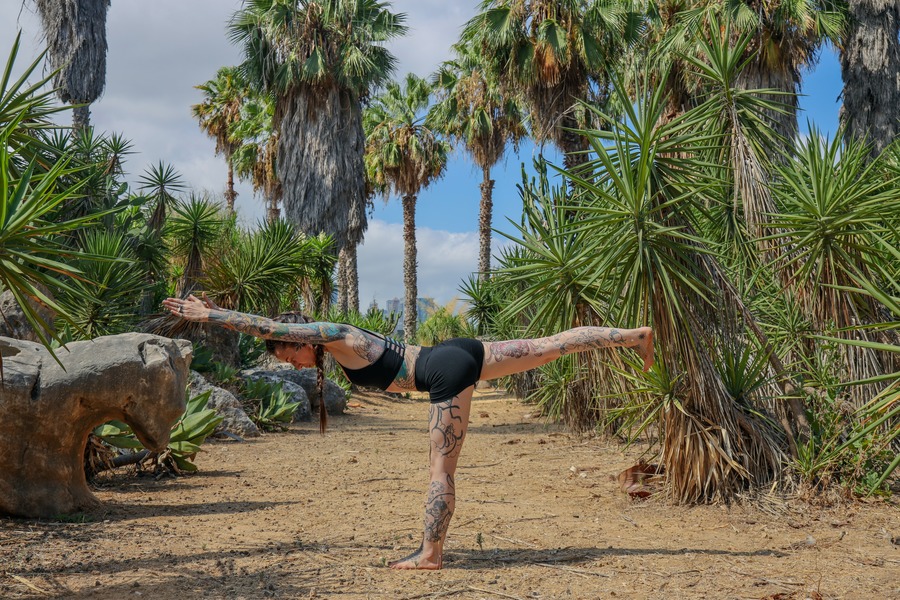 Usually taking place in February, this is a huge event, both for locals in Tel Aviv and runners around Israel. Over 40,000 people have been participating in the last years and because Tel Aviv is quite compact, the marathon passes through many parts of it.  Starting in the north, at Yarkon Park and culminating in the south, in Jaffa, it’s a great day out, either as a participant or just a spectator.

Taking place a month after Tel Aviv’s marathon, in March, back in 2013 Women’s Running Magazine this was chosen as one of the top 10 international spring running events worldwide.  And whilst Tel Aviv is very flat, Jerusalem is incredibly hilly so this is a very challenging marathon, even for experienced runners.

The good news is you can choose the length of your run - and the astonishing views of Jerusalem are to die for. Because it takes place at the beginning of spring, weather conditions are also good. Have a look at this video, to see for yourself.

From North to South - Marathons Across Israel

There are also many more marathons in Israel, held in all parts of the country.  There’s one in the Dead Sea, where you’re literally running the lowest race on earth! The Sea of Galilee event is the oldest of its kind in Israel (45 years old) and has a flat course.

The Crane Race, in the Hula Valley, offers a variety of marathons (half, 19k, 5k, and family events) around Hula Lake, where you can see thousands of cranes migrating.  And let’s not forget the ‘Volcano Run’ in the Golan Heights. Beginning in Mount Hermon and ending at the Yarmuk River, you can enjoy running up and down five peaks, past a dormant volcano and breathtaking views. Probably not for the fainthearted!

The desert marathon is held in Eilat, beginning in the desert and ending on the shores of the Red Sea. The Bible marathon recreates a run mentioned in the Bible, with its starting point at Rosh Ha’ayin (once Eben Exer) and ending at Shiloh (an ancient Сity of the Tabernacle).  And let’s not forget the Arad-Masada race - beginning in the desert and ending at the foot of Masada, it’s renowned for its ‘afterparty rave’. After all, isn’t a dance party the perfect way to end this kind of race! 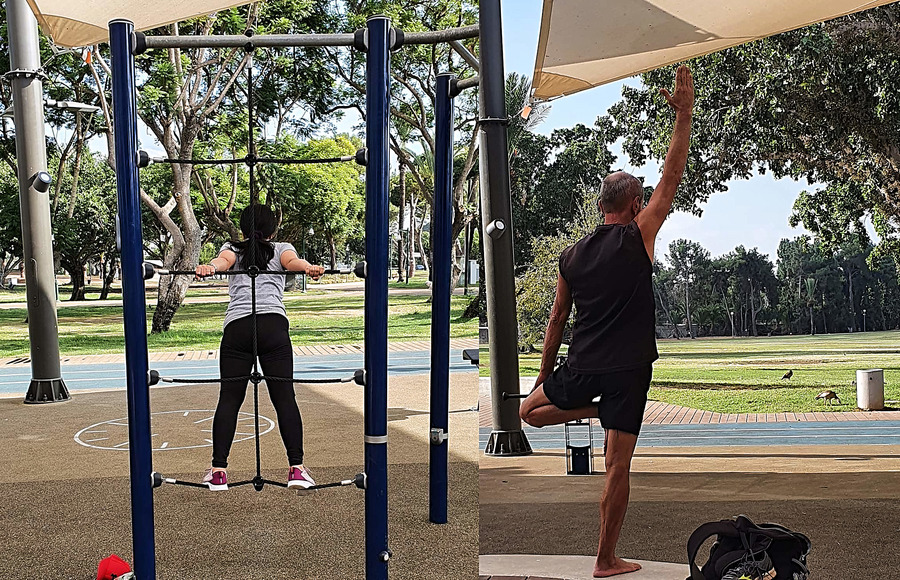 Held annually in October, this 10k race is fantastic fun - and unique in Israel because it’s held at night.  It’s a tradition for anyone who runs to wear neon clothes (pink, yellow, green), and anyone over 14 can sign up. The route is completely urban and with thousands of people cheering on the runners, it’s a fantastic experience. It begins at Rabin Square, Rothschild Boulevard, down trendy Dizengoff, and into the finish area at Yarkon Park. Oh - and then there’s an all-night celebratory party with music and dancing - Tel Aviv style!

Sail Tel Aviv is Israel’s largest maritime sports activity, and runs from between two to four days, usually in the spring, celebrating all things to do with the sea. Held next to the beach, it’s free for the public and involves many different kinds of competitions and activities. Come and look at the sand sculptures and the photography exhibitions, grab a bite, listen to some music.  If you’re brave, you can even sign up for the open experience day with SUP, kayak rowing, and boat sailing!

A full & half Iron-Distance Triathlon takes place in Eilat, in January and another arduous one in Tiberias, by the Sea of Galilee, in November.  So if you’re up for swimming, biking, and running, you know where to go! 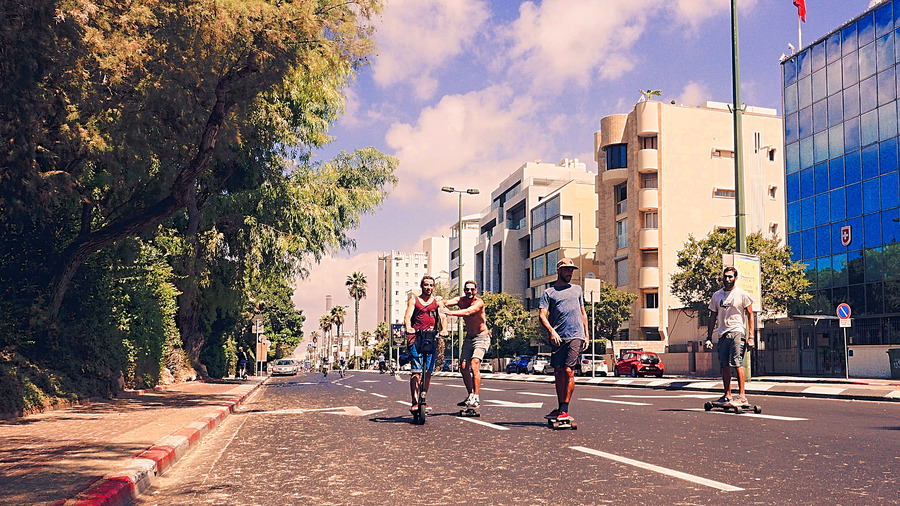 Skaters in Tel Aviv. Photo by Yoav Aziz on Unsplash

Usually taking place in October, around the Jewish holiday of Sukkot, Sovev Cycle Tel Aviv offers the participant three different routes - the 8km (for beginners and family), the 21 km (for anyone in good shape), the 40 km route (if you’re experienced) and the 60km (for masters of the sport!)

Taking place in northern Israel, between the Crusader city of Acre and the Sea of Galilee, this event is designed for avid mountain bikers! The race routes change annually, to make sure long-term participants never get bored (!) and range from 75 to 100 km per day.  It’s all very challenging, with the idea to finish within a designated time limit. If you like spectacular scenery and something to test your stamina, this is an ‘epic’ choice! Here’s a short video, to give you a taste of how exciting it is.

This great fundraising ride, where all proceeds benefit environmental charities, takes place in the Arava desert and lasts 5 days. Whether you’re an experienced cyclist or want a more ‘recreational’ experience, there’s a route for you. The crew supporting you organize local accommodation, hearty food, and a chance to learn about the ecology of the area, and the challenges environmentalists there face. Shabbat is a day off too, so you’ll get to spend some quality time with your fellow riders. Old and young are equally welcome too. 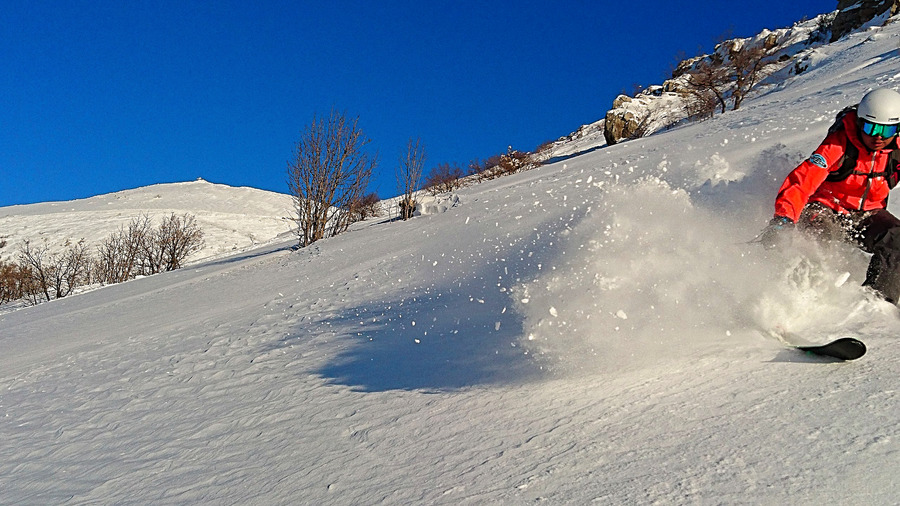 This charity cycling event takes place in southern Israel, often in the Arava desert, and whether you choose the three or four-day routes (the offroad is a little more challenging) the monies you raise will help an incredible cause - ALYN, which is a Jerusalem Hospital caring for children and adolescents.

For those who are looking for a bit of levity, there’s nothing more fun than the Mud Run. Beginning at Ganei Yehoshua in Yarkon Park, you can challenge each other in an obstacle race of either 2, 5, or 10 km, and very few finish in a clean state.  As the organizers say ‘Get Ready to get dirty!’

Among other major sports in Israel are martial arts, sport fishing, and sky sports. Finally, Bein Harim is happy to help if you want to join a private or group day tour, whilst taking part in a sports event in Israel. Feel free to contact us, by phone or mail, to talk more about your needs. We’ll be delighted to help.