In Israel you can literally follow in the footsteps of Jesus, visiting the many locations where he preached, lived and died. The Gospel Trail (also called the Jesus Trail) is a moderate hike route which has been devised linking several significant points mentioned in the Gospel so that those following the trail can not only enjoy the gorgeous countryside of northern Israel but also visit biblical sites. 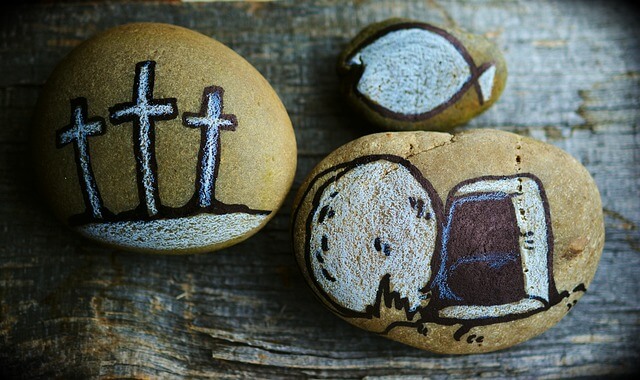 The Gospel Trail opened in 2011 today it covers 60 km of signposted footpaths and roads which trace historical and biblical routes where Jesus is believed to have walked when he left Nazareth for Capernaum on the northwestern shore of the Sea of Galilee. The signposts which mark the route are hewn into basalt rock to blend into the natural surroundings. Each signpost features scriptures relating to the Biblical events which took place at that location. Along the way, there are also information stands, picnic sites, and benches. 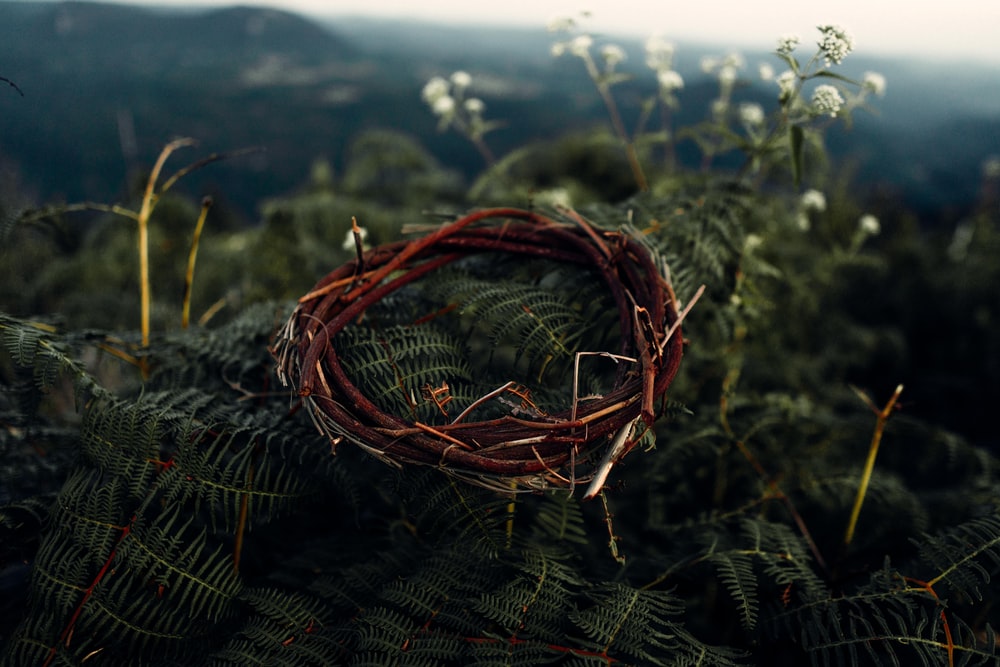 The thorn crown. Photo by Samuel Lopes on Unsplash

The Gospel Trail runs from Nazareth to Capernaum. The route begins at Mount Precipice, on the southern outskirts of Nazareth, and travels through valleys and limestone hills via Beit Qeshet Oak Reserve, Magdala, Tabgha and finally reaches Capernaum on the edge of the Sea of Galilee.

The route incorporates pathways that have been used by shepherds, travelers, farmers, and merchants since ancient times. The route ends at the Capernaum Center from where you can reach the Sea of Galilee where a dock has been constructed so that followers of the trail can pray at the water’s edge and enjoy the breathtaking views across the water. 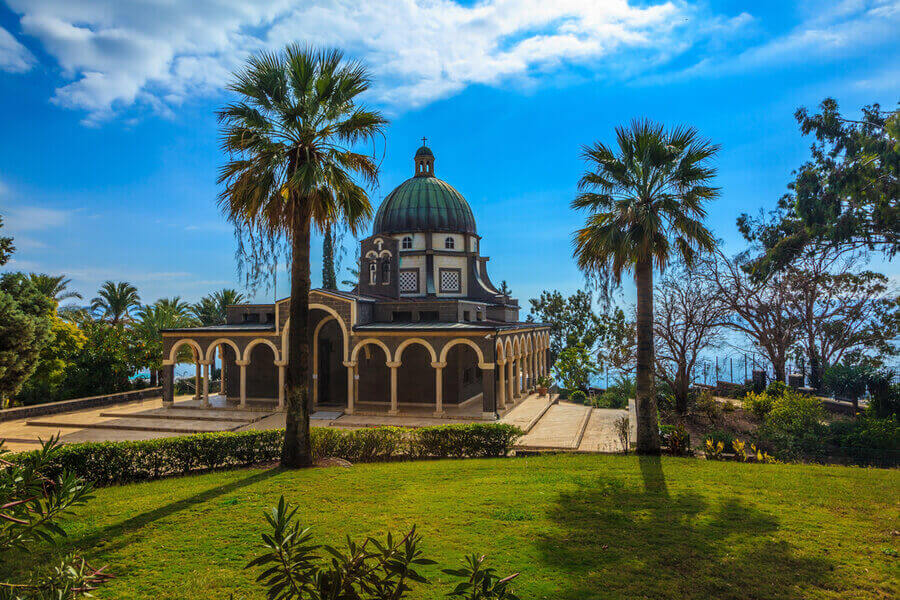 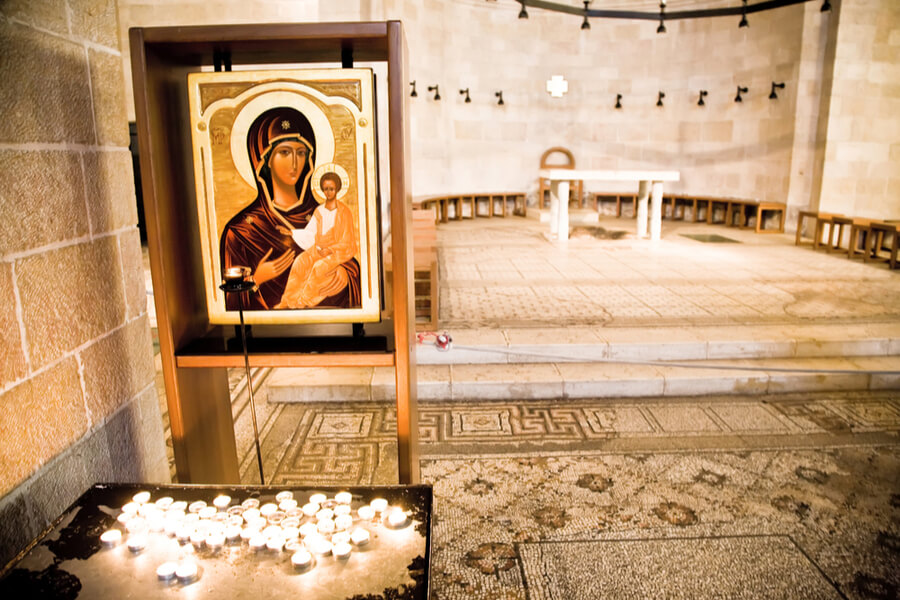 Interior of the Church of the Multiplication, Tabgha. Photo credit: © Shutterstock

You can continue on from Capernaum to visit the city of Tiberias, the Jordan River, Mount Tabor, and Mount Precipice as a continuation of the Gospel Trail. Most of these sites can be covered with Nazareth and Galilee tours or Christian Israel tour packages. 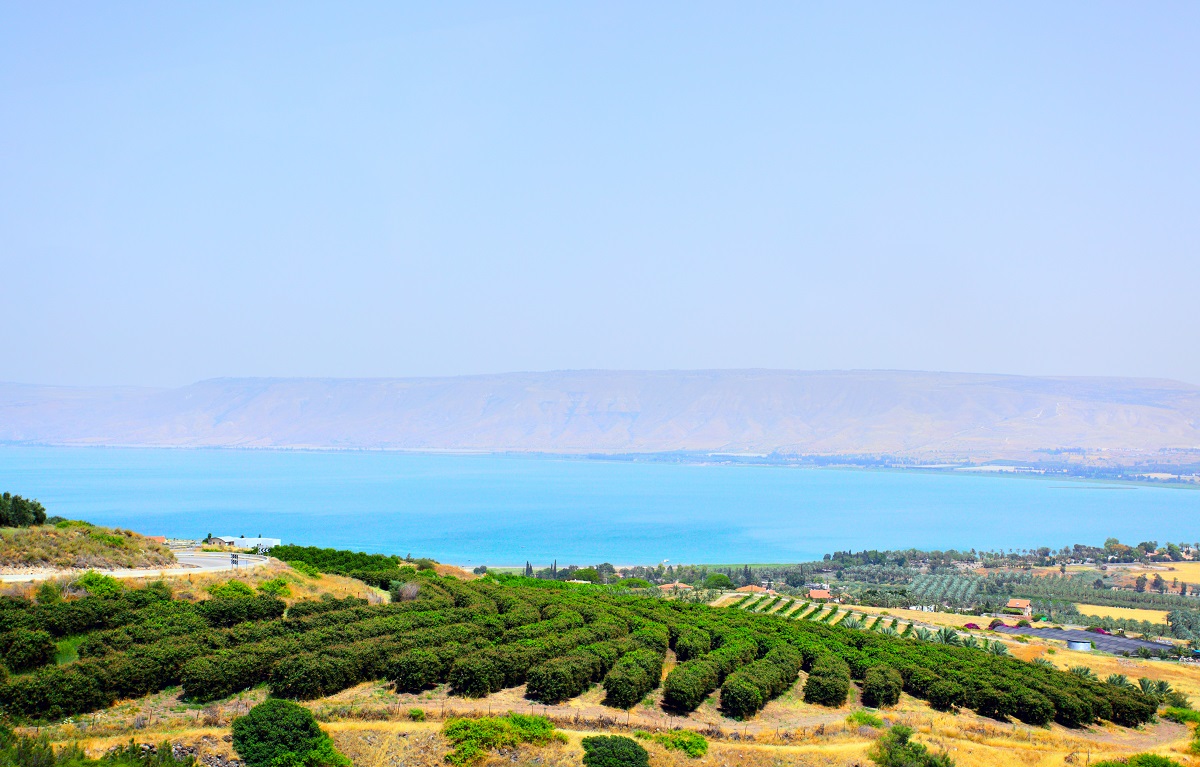