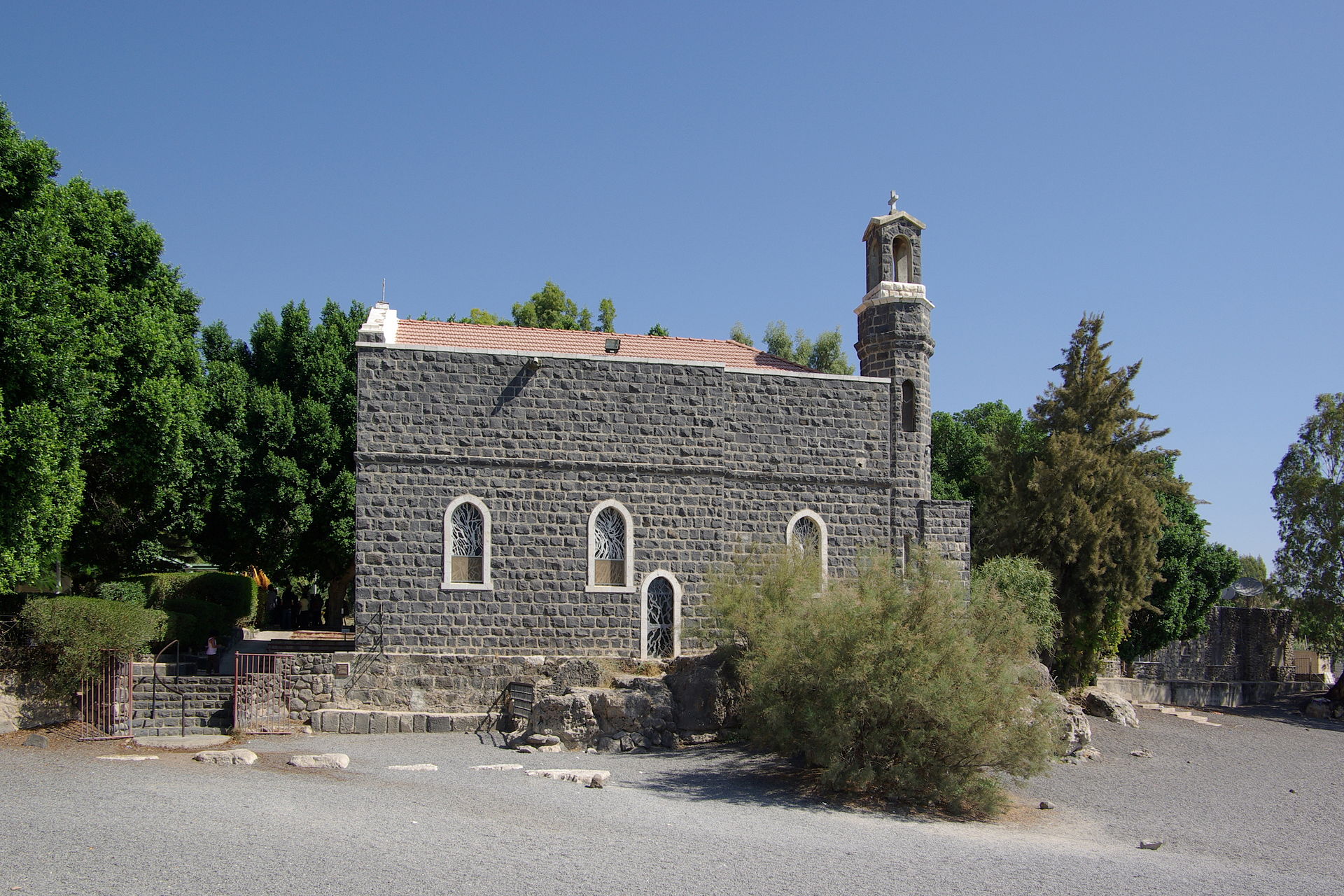 This modern Franciscan chapel built in 1933 marks the site where Jesus ate with his disciples following his resurrection and also where Jesus reinstated St. Peter who had denied knowing Jesus three times at Jesus’ crucifixion. It is the signature event of Jesus appointing Peter to look over his church that led to the Pope (a successor of Peter) being the leader of the Christian world (John 21:15-19).

Earlier churches that stood on this site have been incorporated into the more recent structure. Remains of the walls of a 4th-century church are visible in the grey stone structure. After Jesus’ resurrection, he appeared to his disciples at Tabgha where they sat down together to eat. It was at this time that Jesus chose Peter to lead the Christian church.

The Church of the Primacy of St Peter is a small structure built in 1934 of black basalt rock. In the surrounding gardens, you can see a bronze sculpture depicting Jesus giving Peter his blessing.  This is a quaint and peaceful church with idyllic gardens and ample shade all around. The church is located on the water’s edge of the Sea of Galilee, there are even stone steps going down to the water. The steps were carved out of the rock c. 2nd century.

On the water’s edge at the base of the steps are 12 heart-shaped blocks called the Twelve Thrones dedicated to the 12 Apostles. At high tide, the block columns are submerged beneath the water. The church holds the Mensa Christi or the table where Jesus and his disciples ate. To visit the Church of the Primacy of St Peter book Nazareth and Sea of Galilee Private Tour.