Jerusalem is a fantastic travel destination at any time of year, but each season has its own special charm. In summer, the weather is great, there are special attractions, plus high-season crowds and prices. Fall (autumn) has the Jewish High Holidays. In winter Jerusalem is magical, and what could be better than visiting Bethlehem for a white Christmas. Spring is considered the best time for Jerusalem tours, as the weather is pleasant and there are tons of activities to choose from over the Easter/Passover period. 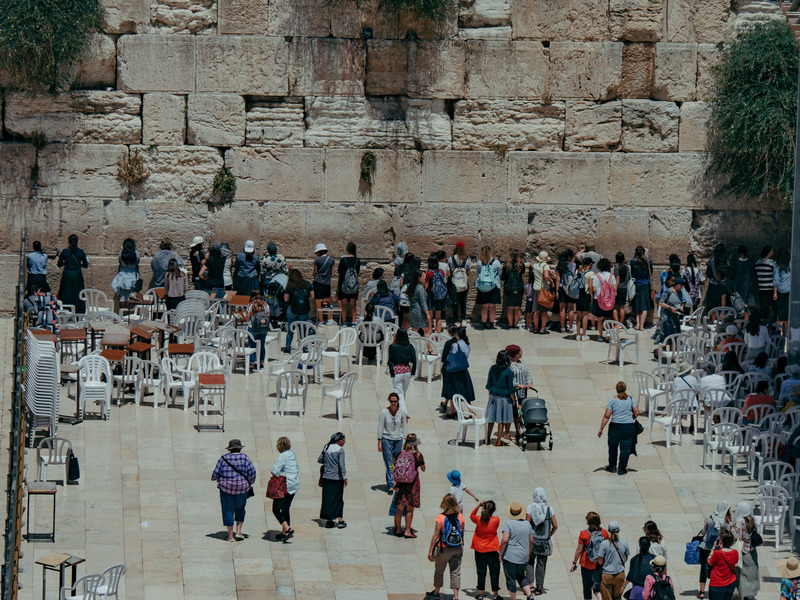 The advantage of a summer vacation in Jerusalem is the warm weather, vibrant atmosphere, fun festivals, and all the city attractions are open. The downside is the heat that can be uncomfortable, high-season hotel prices, and the crowds of tourists. Israeli schools close for July and August, making these the busiest months in Jerusalem.

June - Summer in Israel officially starts on the 21st of June and lasts until the 22nd of September. June is the coolest of the summer months. And Israeli kids are still in school, so you can enjoy fewer crowds. The Israel Festival is held in June, with three weeks of performances around the city. In June, you can also catch the spectacular Jerusalem Festival of Light, when light installations are projected on the ancient Old City walls.

July - As summer progresses, Jerusalem can experience extremely dry, hot weather, known as khamsin. Thankfully, there are plenty of Jerusalem attractions where you can cool down. For example, the City of David & Underground Jerusalem Tour takes you below ground into the excavated City of David. You can also cool down with a walk through ancient water channels to the Siloam Pool. When the sun goes down, the temperatures drop, and it’s time to relax at the Jerusalem Wine Festival.

August - This is the peak tourist season when hotel prices are at their highest, Israeli kids are out of school, and the city streets are bustling with activity. The high season brings with it a huge choice of activities, Jerusalem tours, and festivals. The International Film Festival, the Puppet Theater Festival, and the Jerusalem Beer Festival are all held in August. Despite the crowds and the heat, for some tourists, August is the most convenient time to visit Jerusalem and offers the largest selection of activities. 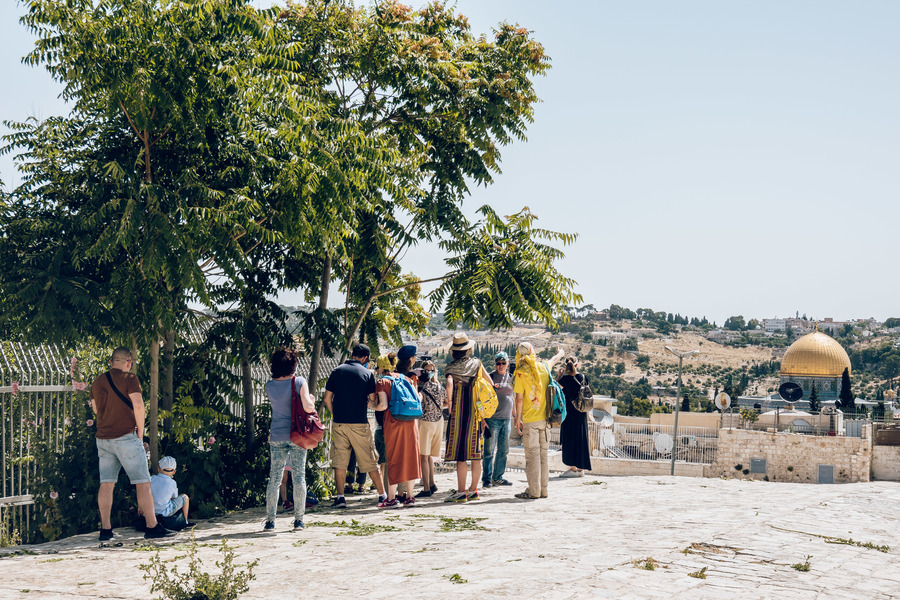 Jerusalem has perfect weather in the fall, and fewer crowds. Nature-lovers can enjoy fall foliage in the nature reserves around Jerusalem. The disadvantage of visiting Jerusalem in the fall is that you need to plan your trip according to the Jewish High Holidays. During the High Holidays, Jerusalem hotels prices rise, there are shorter open hours, and a few national holidays when the city closes down. The Jewish holidays are a bonus for visitors who want to experience a genuine Jewish celebration.

September - Summer often extends into September, with daily temperatures hovering around 22°C/72°F-28°C/82°F. The dates of the High Holidays are determined by the Jewish calendar, so they can be in September or October. In the Jewish month of Tishrei, there is Rosh Hashanah (Jewish New Year); ten days later there is Yom Kippur (Day of atonement), and five days after that is Sukkot (Feast of Tabernacles), a week-long celebration. Israel observes Rosh Hashanah and the first and last days of Sukkot as religious national holidays when almost all attractions close.

On Yom Kippur, the country closes down completely for 24 hours, obviously, no Israel tours are operated then. There is hardly any traffic on the roads and almost all businesses are closed. In the week of Sukkot, Israeli kids are on vacation and there are tons of special events. If you plan to visit Israel during September book your flight well in advance, as Israel welcomes masses of Jewish tourists during this period. Probably the best solution not to get lost in the chaos of the Old City labyrinth crammed full with tourists would be to join a guided Jerusalem tour. 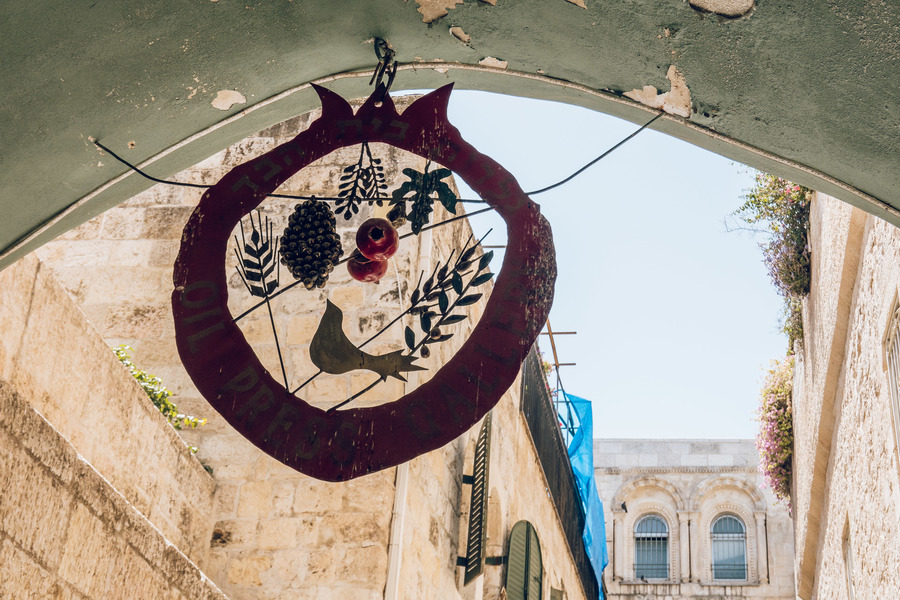 October - The temperatures cool down, evenings become chilly, and there can be several days of rain in October. The Manofim Contemporary Arts Festival is held in October. Depending on the Jewish calendar, Sukkot can be in October, and you can enjoy special events like the Jerusalem March. Outside of the High Holidays, Jerusalem hotel prices are low and together with the comfortable weather, this can be a good time to visit Jerusalem. You can explore the Jewish Quarter and admire the traditional festive decorations with Jerusalem Old City Private Jewish Tour.

November - By November, winter is in the air, and the nights are cold but days are still sunny with average daytime temperatures around 15°C/59°F-19°C/66°F. This is great for sightseeing if you prefer cooler temperatures and don’t mind the occasional rain. From the last days of October, through to the end of November, Jerusalem’s Old City hosts a magnificent Knights’ Festival. The streets are decorated with medieval pageantry, and stages are set up for shows of jousting, puppets, light installations, and more. This is one of the top annual family events in Jerusalem. This would probably be the best month for a walking In the Footsteps of Jesus Tour 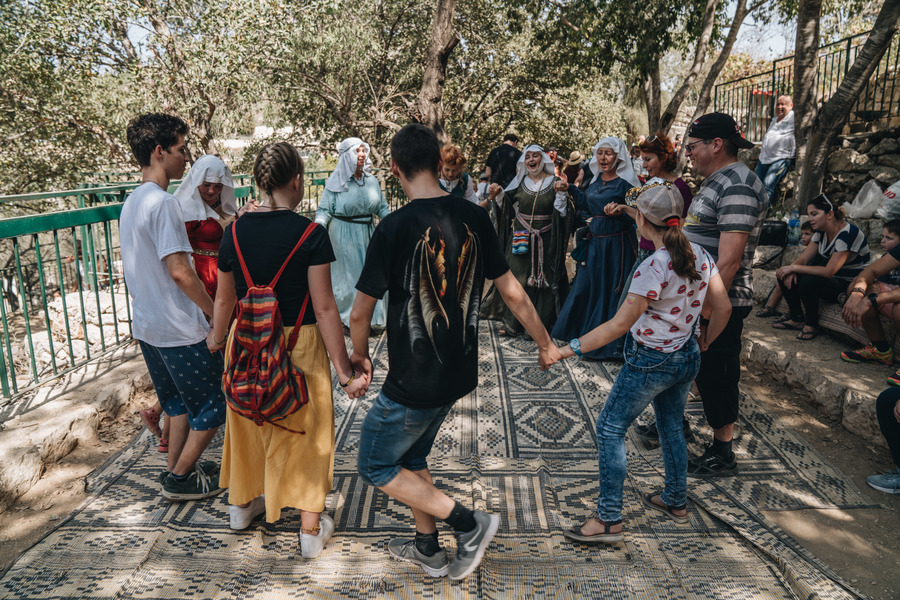 Don’t rule out a trip to Jerusalem in winter, you might even be lucky enough to have a white Christmas. In winter, Israel celebrates Hannukah, the Jewish festival of light, and Jerusalem’s streets are decorated for the occasion. Christian pilgrims should take a tour to Bethlehem on Christmas Eve. Winter is the best time for budget travelers to visit the capital when hotel prices are at their lowest.

December - December temperatures in Jerusalem average between 6°C/43°F and 14°C/57°F. The weather can be unpredictable and in the past has reached 29°C/83°F as well as -1°C/30°F! December is the month with the highest likelihood of snow. The Jewish Film Festival and Jerusalem Jazz Festival are held in December. During the week-long Hanukkah holiday, Israeli kids are on vacation, and all attractions stay open.

Hanukkah is characterized by candelabras displayed in the windows of all Jewish households, and delicious jam doughnuts sold on every street corner! Christmas is celebrated with moving religious services in the city’s churches, including the Church of the Holy Sepulchre. A highlight for most Christian tourists is attending a midnight Mass in Bethlehem on Christmas Eve in Bethlehem Tour. New Year is celebrated in Jerusalem with parties in nightclubs, and restaurants. 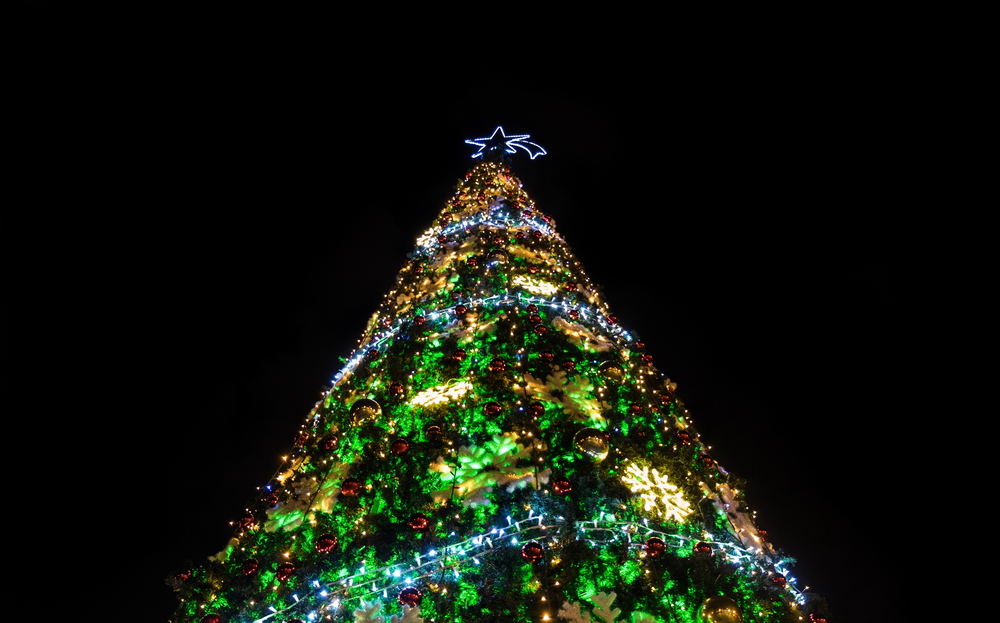 January - Although January is Jerusalem’s coldest month, it is still mild compared to climates in other parts of the world. Temperatures hover around 12°C and can even get as low as 4°C. January has an average of nine days of rain. Israeli Arbor Day (Tu b’Shvat) is marked by events and tours celebrating nature. This is the best season to try Israel’s famous citrus fruit, which comes into season in winter. If you want a laid-back, quiet trip, visit Jerusalem in January when there are fewer crowds and lower hotel rates.

February - By February the weather has warmed up and most of the month you can expect clear skies with a chill in the air, and an average of eight days of rain. It has been known to snow in January and February (including in 2021). During the four-week-long Shaon Horef Festival, Jerusalem streets come alive with exciting cultural events. February is a great time to explore the surrounding area and see blooming wildflowers at the Darom Adom (Red South) festival in northern Negev. If you travel south from Jerusalem in winter, be aware of flash floods and sinkholes that can happen in the Dead Sea region when there is heavy rain. Consider that when planning a tour to Masada or traveling to Ein Gedi. 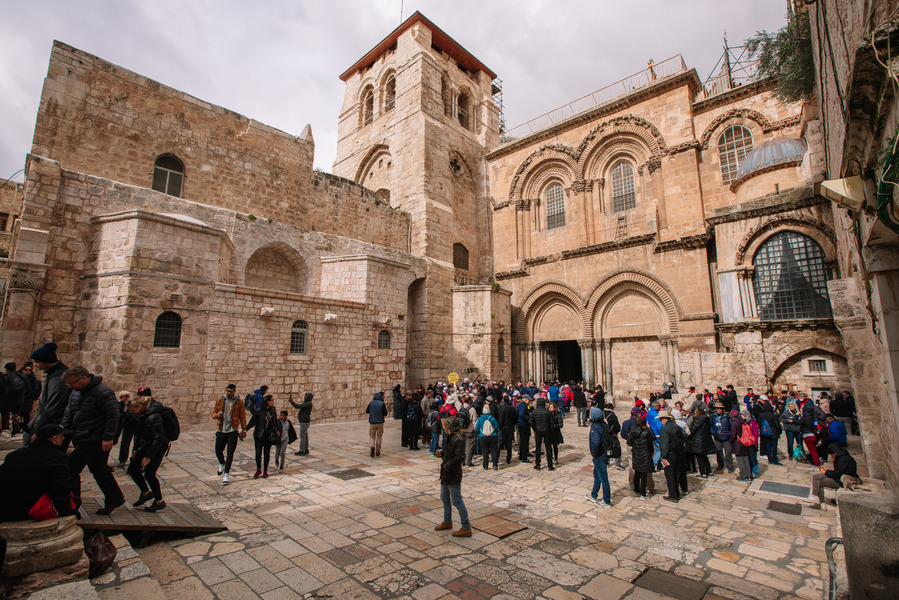 Together with fall, spring is one of the best times to visit Jerusalem. The weather is perfect for sightseeing. Spring is a time of festive celebrations including Purim, Passover, and Easter. Spring is not considered the high season (except for Easter week and Passover week), so you may find some special hotel deals and low-cost flights.

March - As Jerusalem shakes off the last of the winter's cold, spring can be felt in the air. March is the coldest of the spring months in Jerusalem, with an average of 6 days of rainfall. You can visit the Jerusalem Arts Festival in March, see the Jerusalem Marathon, and enjoy the colorful Purim celebrations. The Jewish festival of Purim is celebrated with fancy dress costumes, parties, and parades. 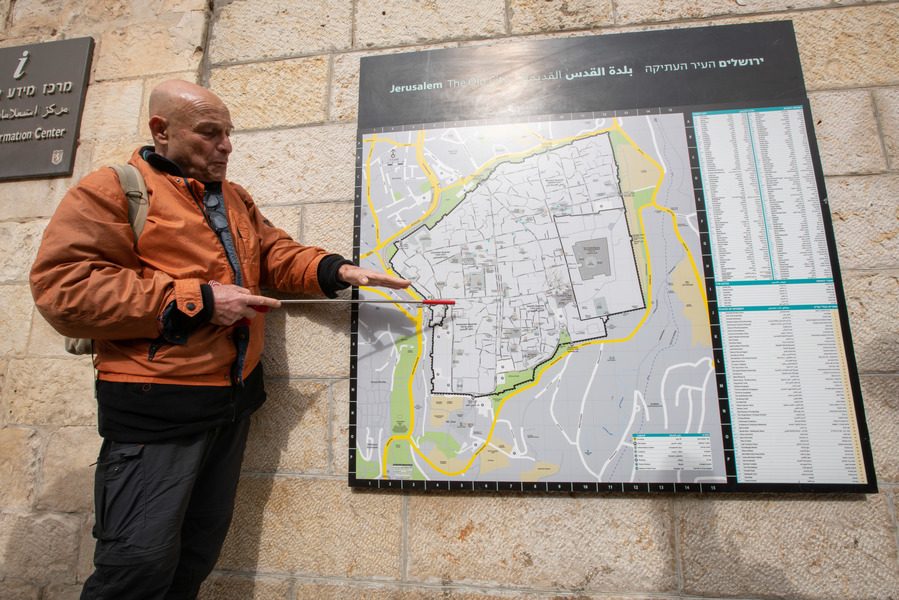 April - The weather begins to warm up, and although the nights are chilly, the days are perfect for outdoor excursions. Towards the end of March or the beginning of April, Christians celebrate Easter. Tourists can take the Jerusalem Palm Sunday Procession Tour, and join the traditional procession from the Mount of Olives following the route Jesus took when he entered Jerusalem.

Easter services are held in the magnificent Holy Sepulchre Church and Baptists head for the Garden Tomb to mark the resurrection of Christ. Passover is celebrated in late March or early April. Most businesses are closed on the national religious holidays at the beginning and end of the week-long Passover holiday. During Passover, Israeli kids are on vacation, and there is a festive atmosphere with plenty of activities. But it also means a week when bread, and other baked goods, are not sold in most Israeli stores. 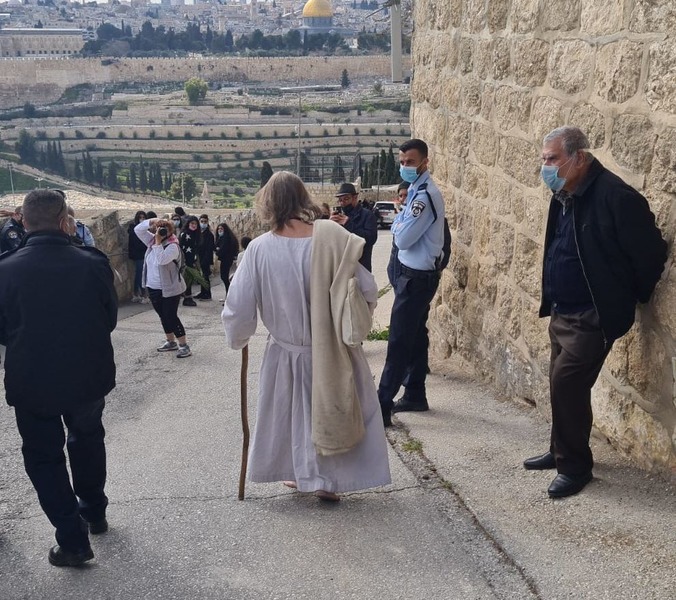 May - As Jerusalem eases into summer, the temperatures average 25°C during the day and 16°C at night. The comfortable weather makes May the perfect time to explore the rural areas around Jerusalem and even take an excursion to the Dead Sea. During spring the countryside is covered with a carpet of colorful wildflowers. And it is great weather for picnics in the park.

In May, Muslim tourists can join the Eid ul-Fitr celebrations in Jerusalem. The end of Ramadan is marked by feasts of delicious Middle Eastern delicacies and communal prayer in Jerusalem mosques, including the Al-Aqsa Mosque on Temple Mount. On Jerusalem Day, the city is festooned with decorations and flags. In late April or early May, the country celebrates Israel Independence Day with street parties, pop-up markets, and colorful firework displays. 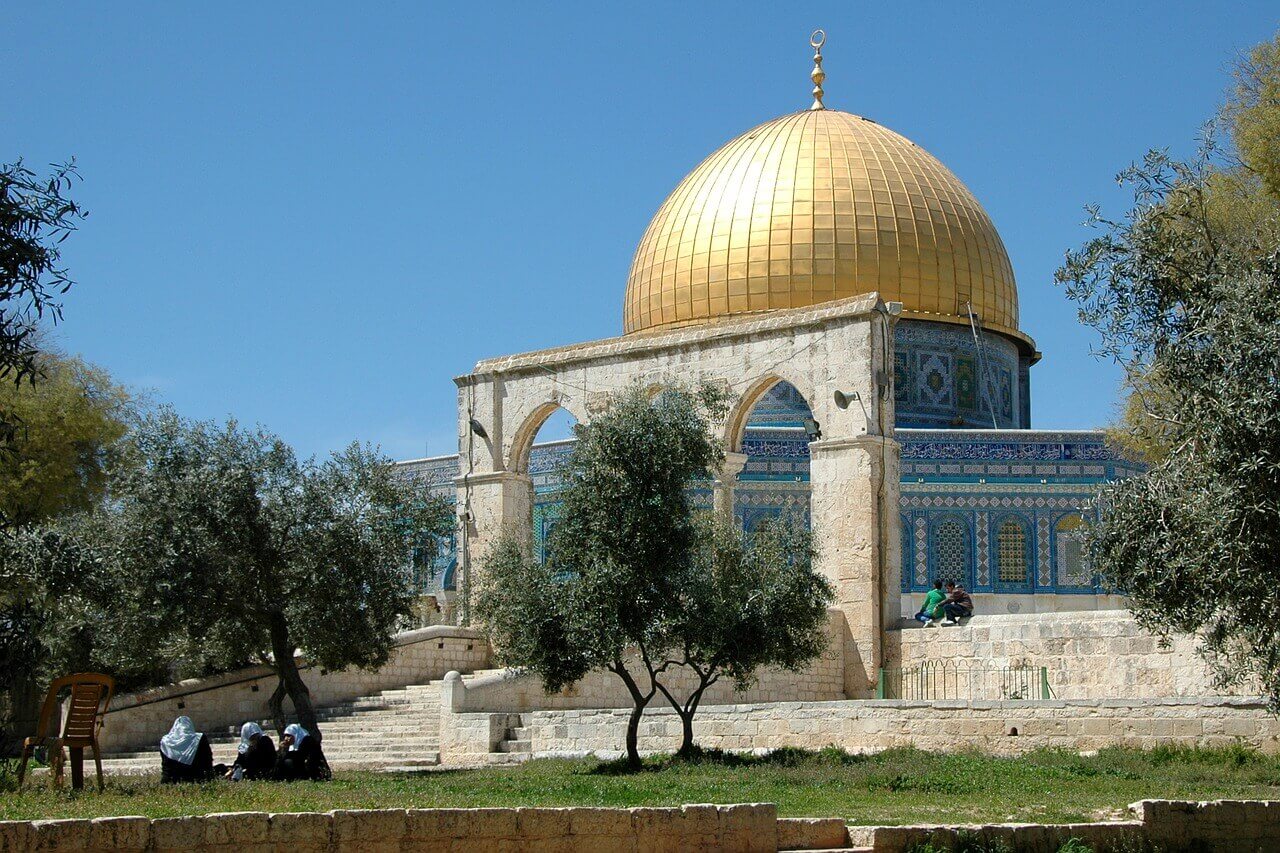 When Should You Visit Jerusalem?

Jerusalem is a great place to visit at any time of year; each season has its advantages and disadvantages. If you want a cool climate and likelihood of snow, with all the fun of the festive season visit in winter. For time outdoors in the sun, with high-season crowds and prices, visit Jerusalem in the summer.

If you’d like to catch some special deals, explore the surrounding areas, and see Jerusalem without crowds, then you should visit in spring or fall. Plan your Jerusalem vacation today, book Jerusalem tours, and no matter whenever you visit, you won’t be disappointed. 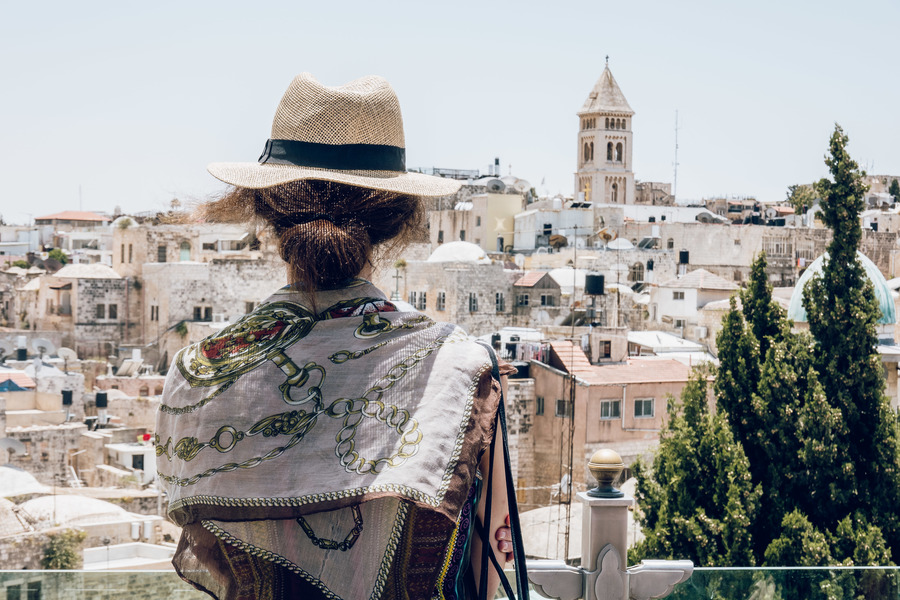 Tourist at the roof of Austrian Hospice enjoying the view of the Old City, Jerusalem. Photo credit: © Dmitry Mishin