The Twelve Tribes of Israel

There are many things to love about Israel - months of endless sunshine, a beautiful Mediterranean coastline that boasts pristine beaches and clear waters, endless nature reserves and national parks, art galleries and museums, Crusader fortresses, boutique vineyards, and plenty of opportunities for adrenalin lovers, in the form of kayaking, jet-skiing, surfing, and rappelling. 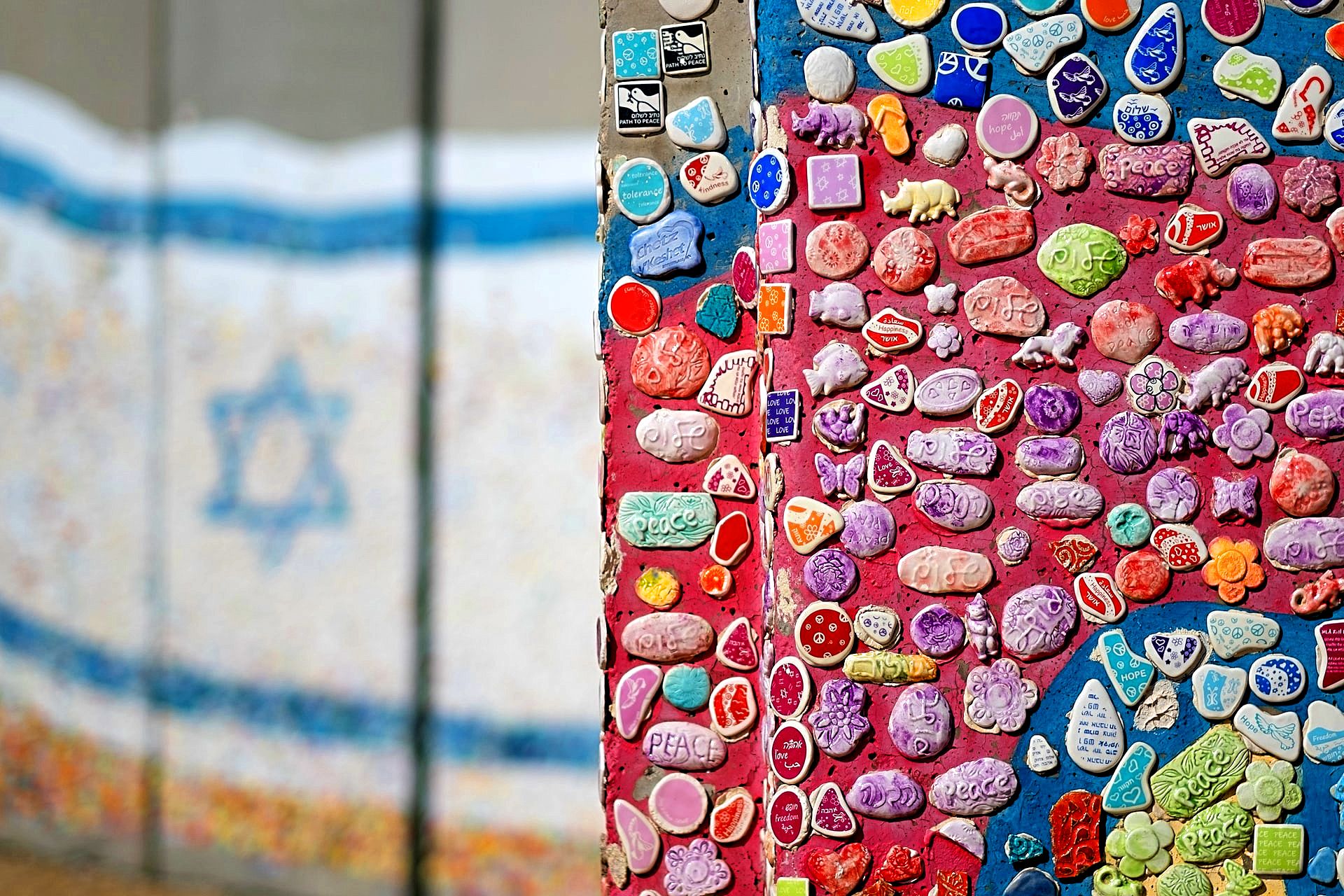 The farm of Netiv HaAsara, Israel. Photo by Levi Meir Clancy on Unsplash

Of course, Israel is also one of the world’s top destinations for pilgrims. Home to a diverse population that includes Jews, Muslims, Christians, and Druze, there’s no shortage of places of worship to visit. Jerusalem’s Old City is, in itself, a place you could spend days, if not weeks, exploring. Packed full of historical sites including the Western Wall (the last remaining wall of the Second Temple, which was destroyed in 70 AD), the Church of the Holy Sepulchre (built where Christ was crucified, buried, and resurrected), and the Dome of the Rock (which Muslims believe Mohammed flew over, en route to Mecca) each step you take is a journey back in time.

A Land of History

And for history lovers, Israel is an incredible holiday destination. Whether you’re curious about the Israelites, Roman, Crusader, Mamluk, or Ottoman period in this country’s history, you won’t run out of things to see. What we’re looking at today is just a tiny part of this history, but something extraordinary in its own right - the story of the Twelve Tribes of Israel, which is told in the Bible in the form of the extraordinary story of Jacob (son of Isaac, and grandson of the patriarch Abraham).

Whilst the time period of this story is ancient - circa 1200 BCE - the impact of it cannot be underestimated because, today, Orthodox Jews still consider themselves to be descendants of these tribes. There are also many other communities across the world, including Christian Assyrians, Afghans, Mormons, Ethiopians, and American Indians who also claim to be descendants of ‘lost tribes’ too. Yes, it’s really quite a story! 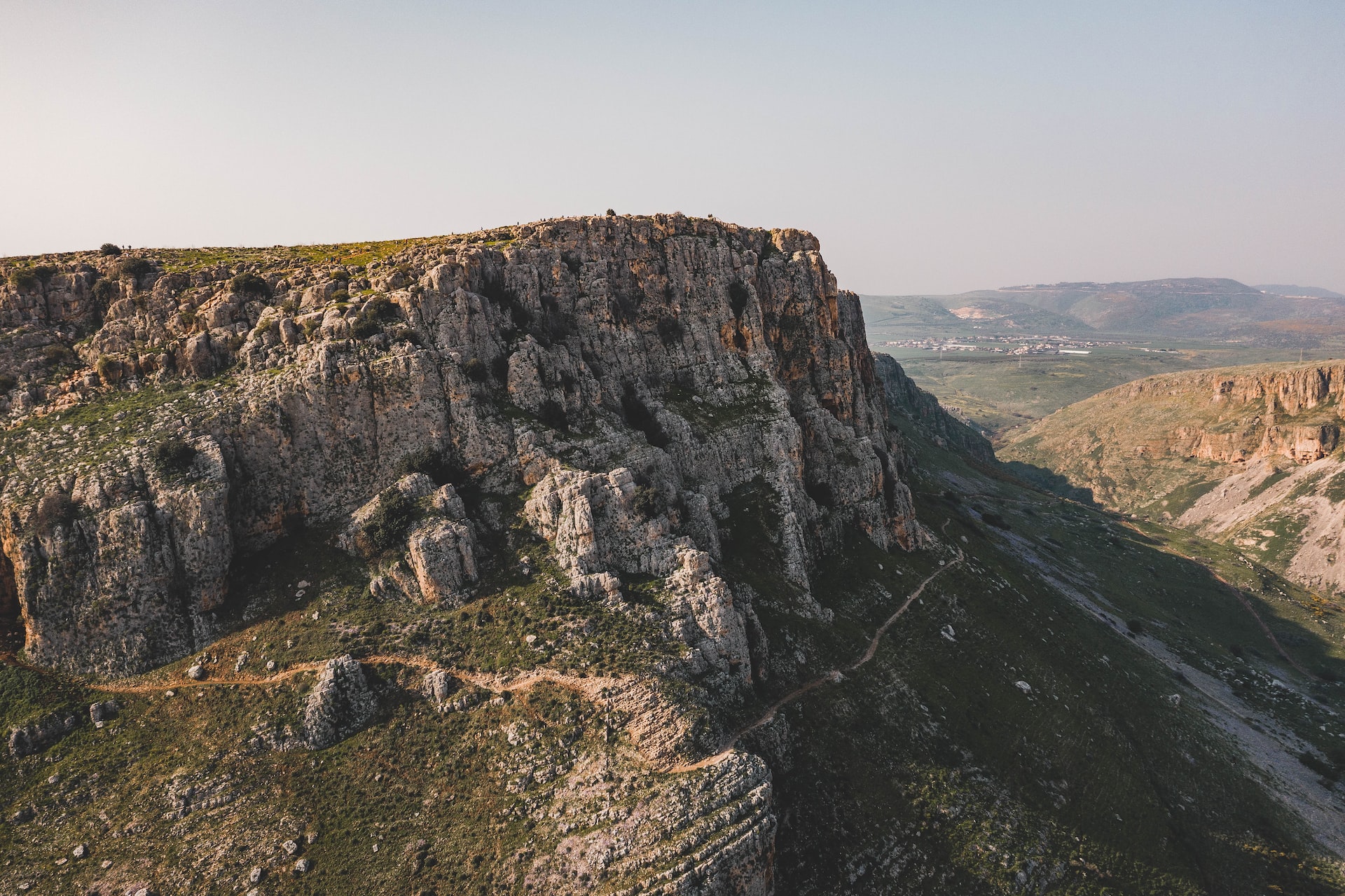 The Hebrew Bible and the 12 Tribes of Israel

According to the Old Testament (or Hebrew Bible, as some Jews call it), the twelve tribes of Israel were the descendants of Jacob, one of the three great patriarchs of the Jewish religion.  Jacob who (as we said above) was the grandson of Abraham (‘the father of the faith’ ) bore twelve sons, through his two wives, Leah and Rachel, and his concubines, Bilhah and Zilpah. It would be these sons who - collectively - formed the tribes.

What were the names of the 12 tribes of Israel?

The names of the men who formed the twelve tribes of Israel were (in order of age): Reuben, Simeon, Levi, Judah, Dan, Naphtali, Gad, Asher, Issachar, Zebulun, Joseph, and Benjamin.  Unfortunately, Jacob was known to show favoritism - the most beloved of his sons was - without a doubt - Joseph, and this favoritism would set the scene for the extraordinary family saga that is told in the first book of the Bible, Genesis. 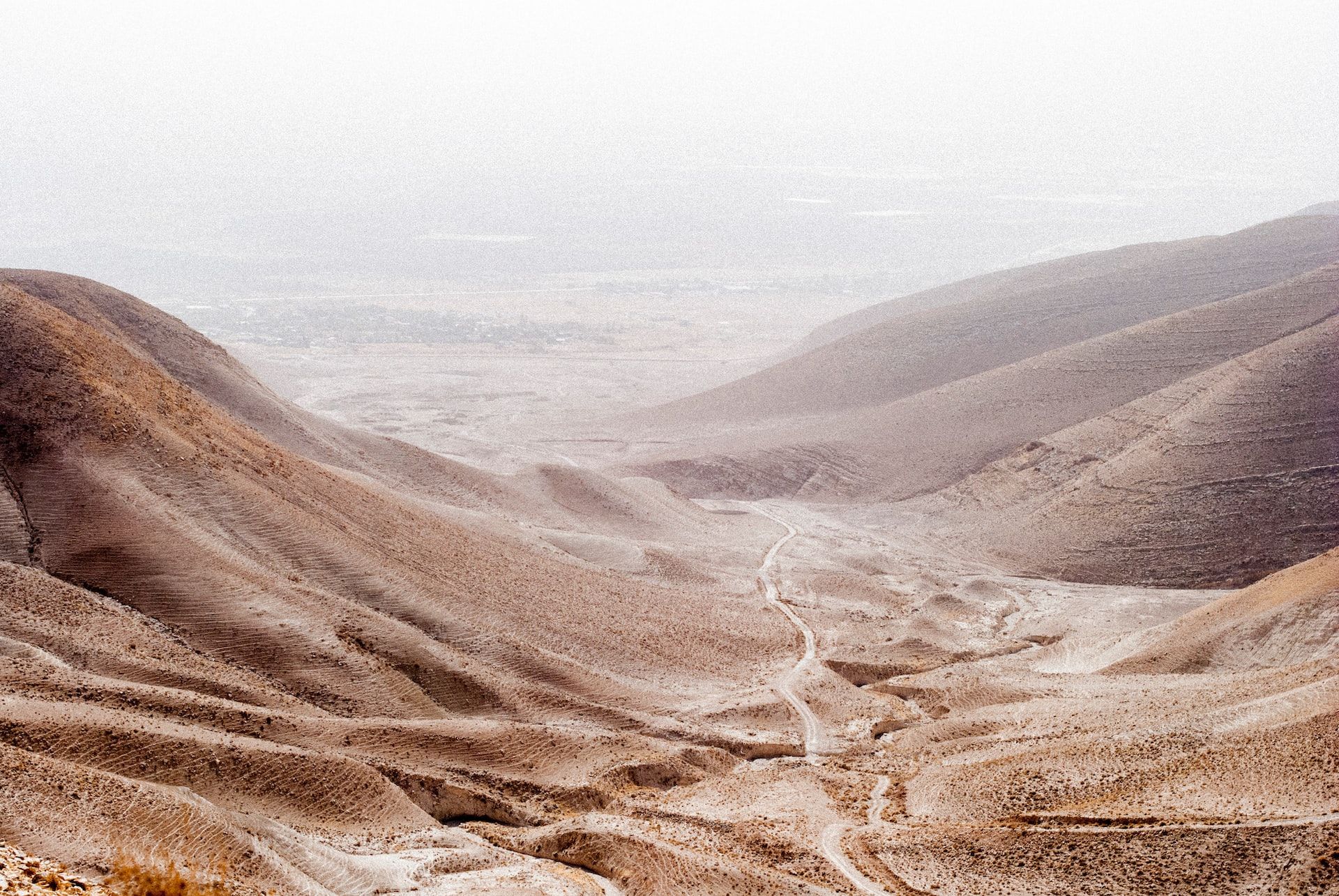 The Jordan Valley, seen from the top of Mount Sartaba. Photo by Eddie & Carolina Stigson on Unsplash

The 12 Tribes of Israel in the Bible

Jealous and consumed with rage at the favorable treatment meted out by their father to his second youngest son, things came to a head when Jacob gave Joseph a resplendent coat of many colors. His ten elder brothers could bear it no longer so sold Joseph into slavery, returning home to tell their father that he had been killed by a wild animal.

In the meantime, Joseph was taken to Egypt and, after a cruel twist of fate, imprisoned, where there he languished until he became known for his ability to interpret dreams. Summoned by the Pharaoh and able to explain Egypt’s current prosperity (and, furthermore, predict seven upcoming years of famine) he was appointed to a high place in court. From beloved son to slave to prisoner to viceroy, Joseph had survived. Even more astonishing, when his brothers appeared in Egypt, years later, searching (like all of those around them) for grain in the midst of a famine, Joseph chose not to take revenge but to forgive them. Joseph stayed at court (at this time, the Israelites were not in slavery).

In Genesis, it is said that when he was about to die he asked those around him to promise him that after God took them out of Egypt, they would take his bones with them and bury them in the Promised Land. Many centuries later, his wish came true when his remains were buried in Shechem (also known as Nablus). It really is one of the most unforgettable stories in the Hebrew Bible. No wonder Andrew Lloyd Webber made a musical out of the story! 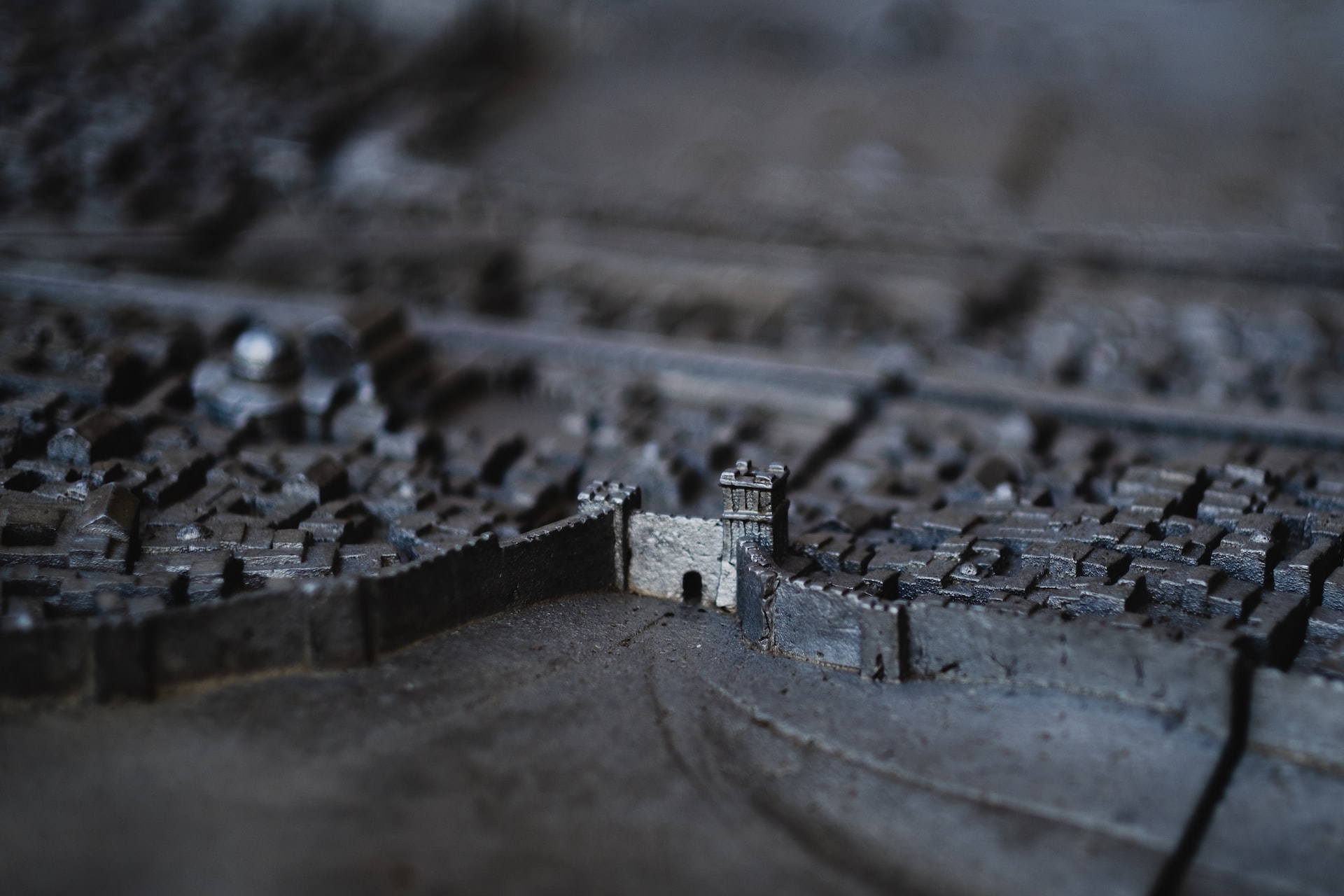 An Israeli family tree - partitioning out the land

After the Israelites fled Egypt, were saved by God, who parted the Red Sea, then wandered in the wilderness for decades, they finally arrived in the Promised Land. Each of the twelve tribes (descendants of Joseph) was assigned a section of land by Joshua, who had assumed a leadership role after the death of Moses.

The tribe of Judah settled in the area south of Jerusalem and, with time, became the most important and powerful of all the tribes. From Judah would come the great King Solomon and then King David. Moreover, it was also prophesied that the Messiah would come from this tribe.  The tribe of Levi also produced some notable descendants, including Moses, his brother Aaron, Miriam, Samuel, Jeremiah, Ezekiel, Ezra, and Malachi.

As well as the tribes of Judah and Benjamin, some modern Jews are classed as Levites, to indicate their connection with the religious functionaries who, at one time, were High Priests in ancient Israel. Here’s a map of the twelve tribes of Israel to give you an idea of which parts of the land they all inhabited. 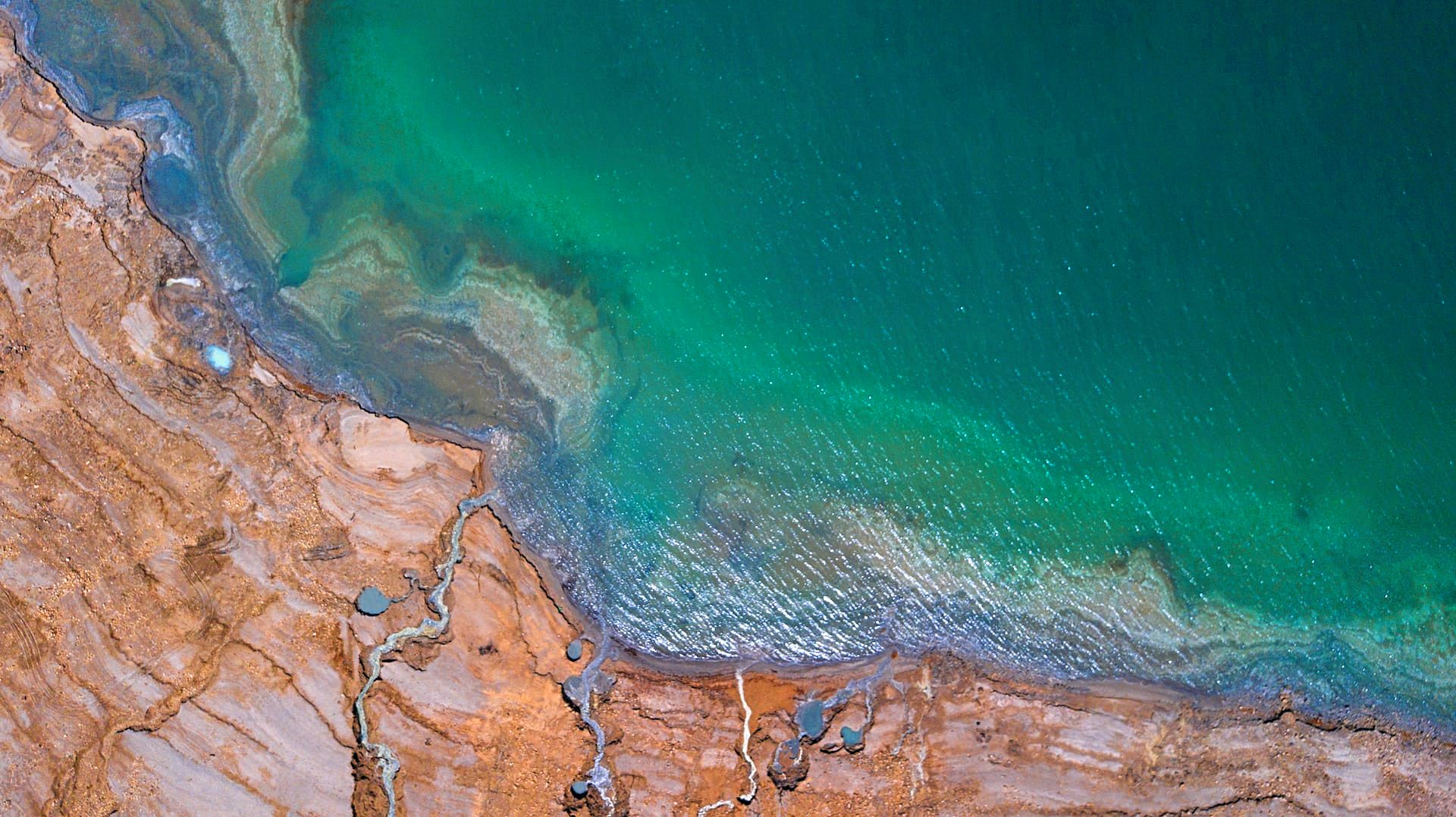 The 12 Tribes of Israel in Jewish and Christian Theology

As stated above, according to Jewish theology, the Messiah - when he comes - will be descended from the Davidic line and David came from the Tribe of Judah. For Christians, there is no less importance attached to this particular tribe - Jesus was descended from the tribe of Judah and, indeed, is often referred to as ‘the Lion of Judah’. According to the Christian Bible, where the twelve tribes of Israel are referred to in both the Gospels of Matthew and Luke, Jesus anticipated that when the Kingdom of God was established, his disciples would “sit on thrones, judging the twelves tribes of Israel.”

The imagery of the 12 Tribes - The Chagall Windows of Jerusalem

If you are in Ein Kerem, a green and leafy part of Jerusalem (which was home to John the Baptist), and curious about art, then it’s worth making a detour to the hospital there, named Hadassah. In the facility’s Abbell synagogue there’s something quite astonishing - and that is twelve stained-glass windows. 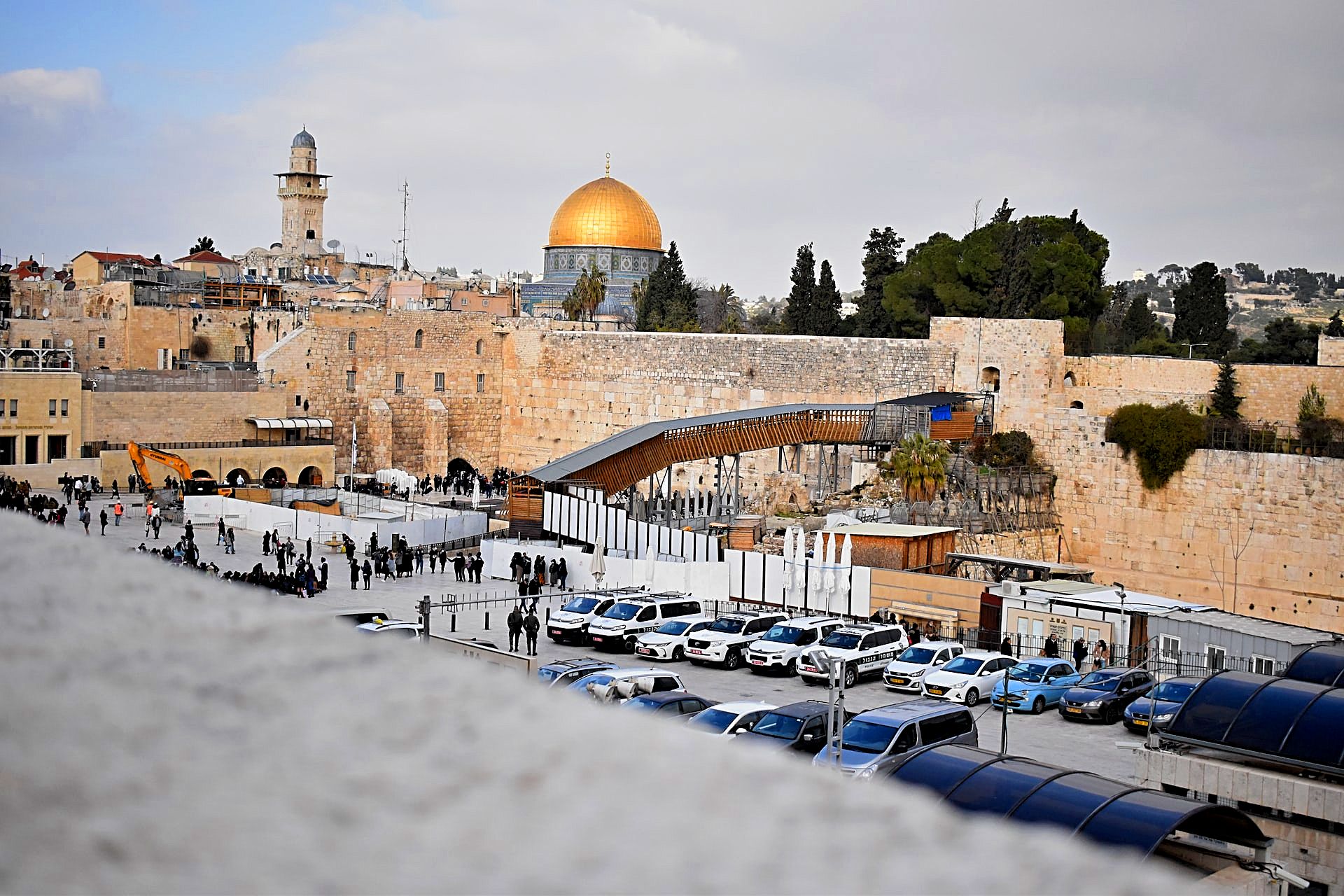 View of the Western Wall, Jerusalem. Photo by Ilanit Ohana on Unsplash

Designed by the acclaimed artist Marc Chagall these windows depict what some consider to be ‘heraldic symbols’ for each of the twelve tribes. According to Jewish Kabbalists (Kabbalah is an esoteric school of Jewish thought, which evolved in Safed in northern Israel, in the 16th century), the prayers of the Israelites will reach the gates of heaven (also 12 in number) according to the original tribe of each worshipper. So, if you hold fast to this mystical theory, Chagall’s stained-glass windows represent these twelve gates and when individuals pray in this synagogue in Jerusalem, this will give them direct access to heaven.

After you’ve seen the windows, you can stroll around Ein Kerem itself. Meaning ‘Spring of Vineyard’ in Hebrew, it’s a tranquil oasis, nestled in a valley, which is incredibly beautiful. Visit the Franciscan church of John the Baptist (built on the site where it is thought he was born) and Mary’s Spring, and if you’ve got the energy continue onto Bethlehem, which is just 12 km away (about a 25 minutes drive). 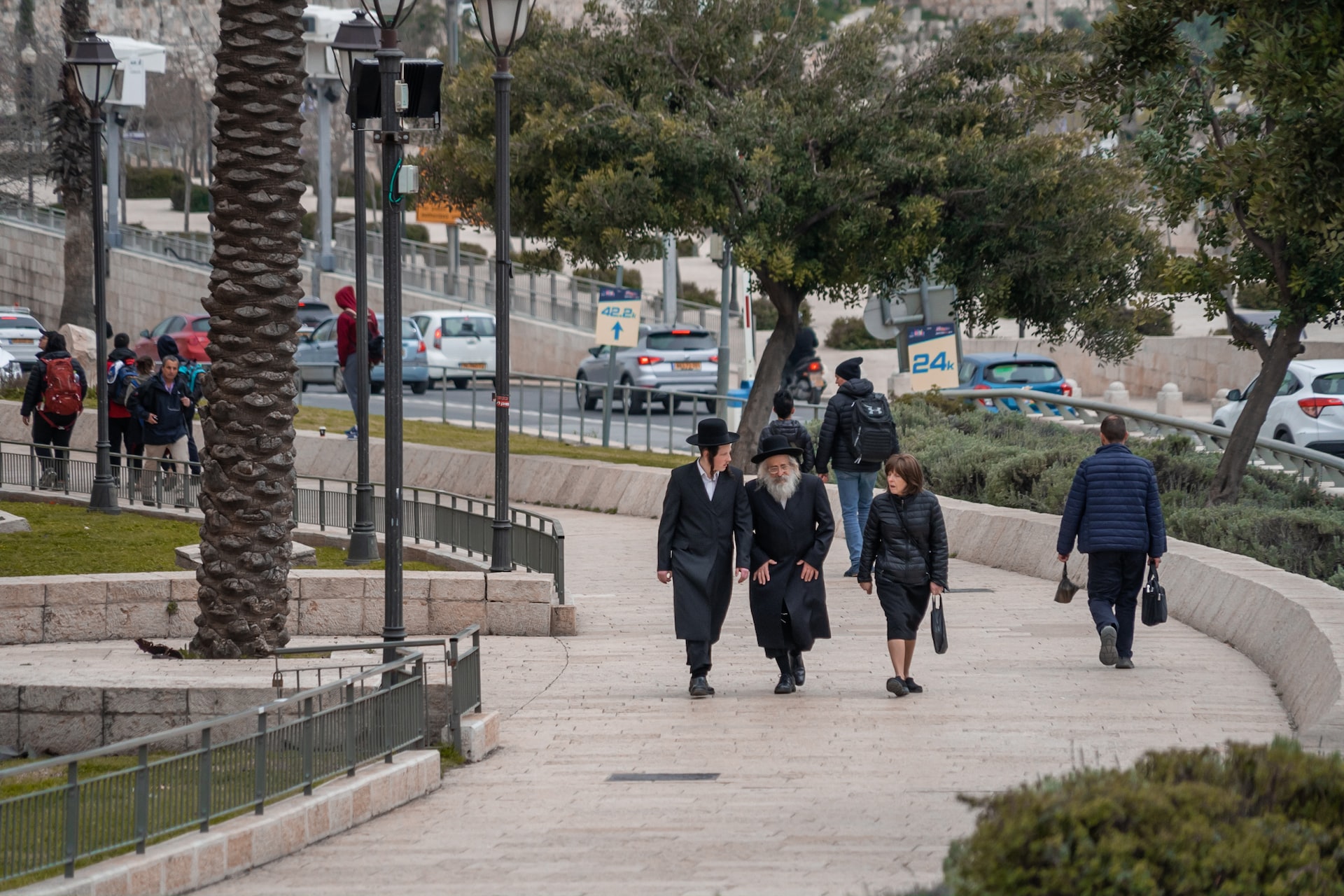 Family of religious Jews dressed in black walks through the Old City of Jerusalem. Photo by Maayan Nemanov on Unsplash

ANU Museum of the Jewish People in Tel Aviv

Telling the original and ongoing story of the Jewish People, this fantastic museum in Tel Aviv gives visitors access to interactive exhibits, displays of rare artifacts, and cutting-edge history-telling. Established to connect Jewish people with their roots and reinforce not just personal but also collective memory, ANU Museum of the Jewish People presents a 4,000 old story - the story of the Jewish people, told through their faith, culture, deeds, theology, and humanity.

Recounting the incredible story of the Jewish people back to ancient times, here you can find out much about the Tribes of Israel.  ANU is also an excellent museum to learn more about Jewish migration, centers of Jewish life that sprung up around the world (London, Paris, New York, Buenos Aires), the history of Jewish literature, art, and culture, the rebirth of the Jewish people after the Shoah (Holocaust) and the establishment of the State of Israel. 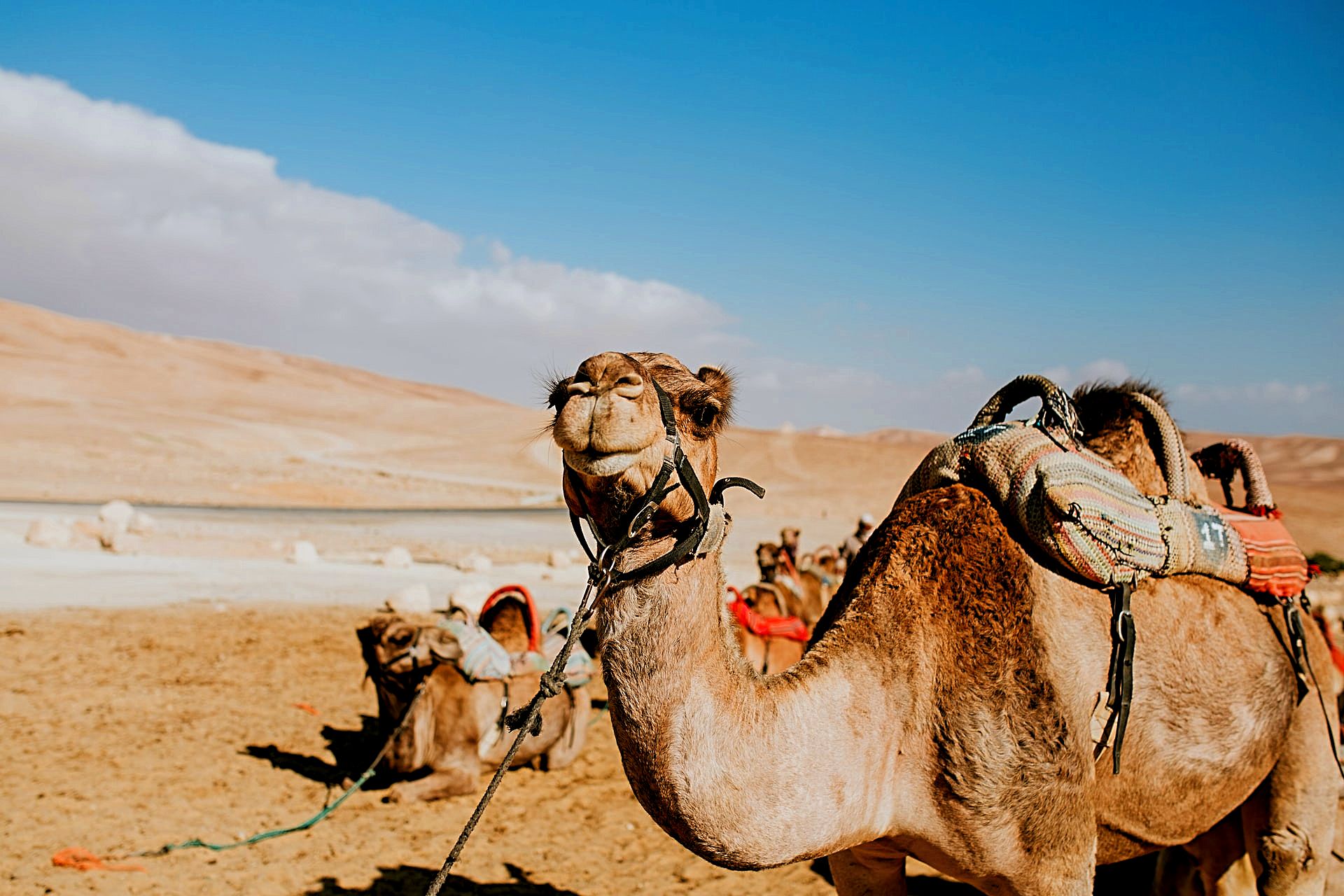 A camel in the Negev Desert. Photo by Cole Keister on Unsplash

Did the 12 Tribes actually exist? From where did they even originate?

The modern scholarship really has no one opinion about the origin - or even the existence of the Twelve Tribes. Many different schools of thought exist, all purporting different theories. That they were a group of independent, nomadic desert tribes, united for political or military reasons?  Were they a confederation of Israelites that existed between the period of the Judges and Monarchy? Or were they simply groups of people named after different locations in the Land of Israel?  As to their origins, many historians even argue that there is no conclusive proof that any of these tribes, were actually the sons of Jacob and Leah.

For sure, It is hard to answer the above questions and no doubt controversy will continue as to how they came to be.  And yet, as a concept the ‘twelve tribes of Israel’ is very much alive in Jewish and Israeli identity. Religious Jews feel connected to them through the Hebrew Bible. And although secular Jews may not believe in God, many still feel connected to the tribal idea, since it is heavily bound up in Jewish history, folklore, art, literature, politics, and geography. 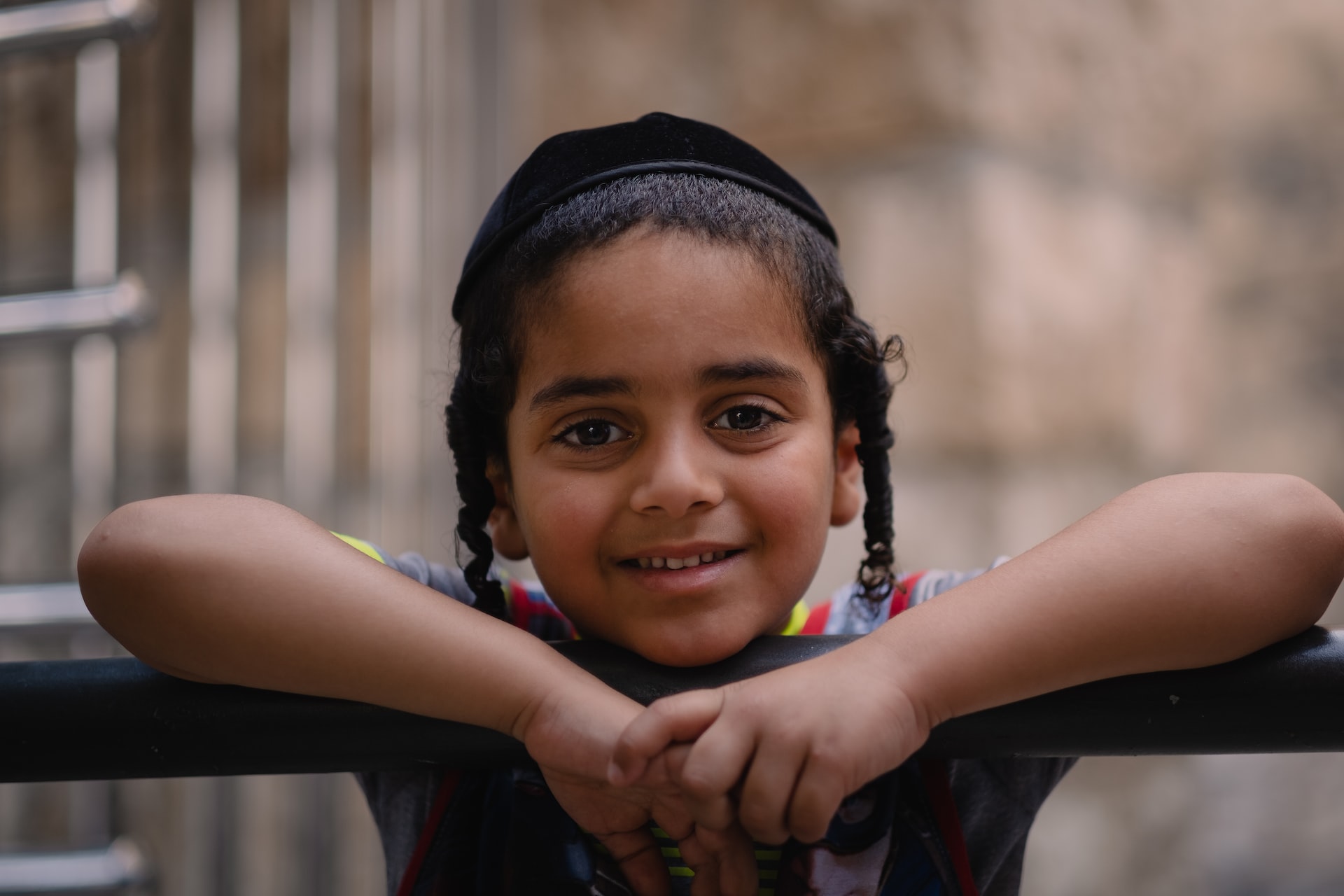