Nablus (‘Shekhem’ in Hebrew) is a city in the West Bank. The city, and the surrounding area, has an overwhelmingly Arab population. Nablus was occupied by Israel after the Six-Day War in 1967 but, since 1995, as a result of the Oslo Accords, it has been controlled by the Palestinian Authority. With a population of 135,000, it is one of the largest urban areas in the West Bank. It is a major commercial centre, well-known for its production of wood, pottery, soap and olive oil, famed for its delicious ‘knafeh’ dessert and home to a respected university, Al Najah. 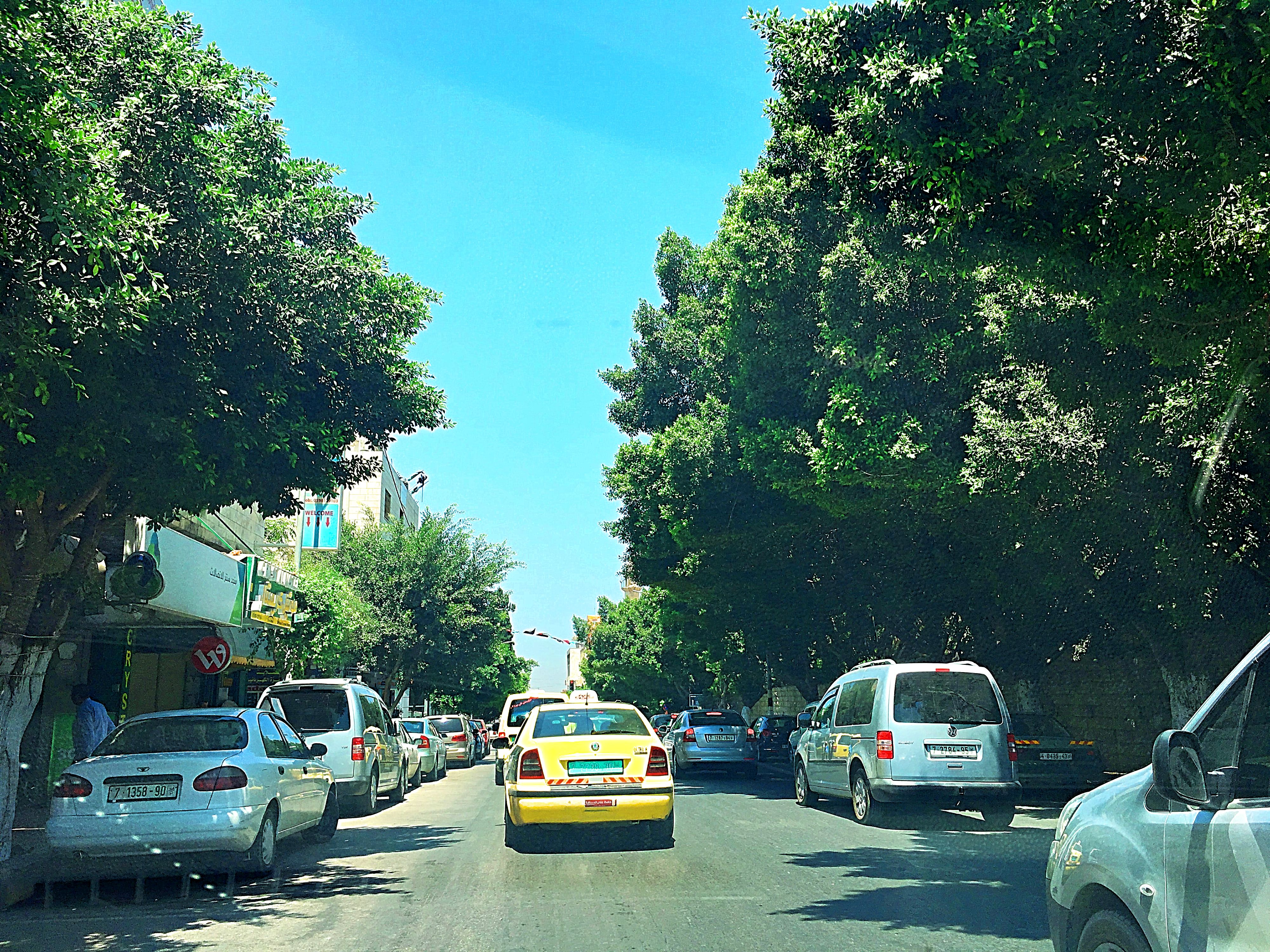 The Geography and History of Nablus

Geographically, it is around 60 km (45 miles) north of Jerusalem, between Mount Ebal and Mount Gerizim. It sits in the middle of a fertile valley and is at the centre of a natural oasis, which is fed by a number of springs. Historically, the city of Nablus occupied a strategic position since it lay at a junction between two ancient commercial roads, the first linking the Sharon coastal plain to the Jordan Valley and the second linking it to Judea in the south and the Galilee in the north. It was founded by the Roman Emperor Vespasian in 72 CE and named ‘Flavia Neapolis’.

Today, it is a bustling commercial centre with plenty to offer the visitor. Yes, it is in the West Bank, which means visitors should exercise a certain degree of vigilance. However, it is definitely safe to visit, although we would recommend travelling there with a private tour, since being accompanied by someone who speaks Arabic and knows the area is invaluable. Since it is only about an hour’s drive from Jerusalem, it makes for an ideal day trip so let’s take a closer look at this ancient city’s attractions and what you should do there, to get the most out of your time. 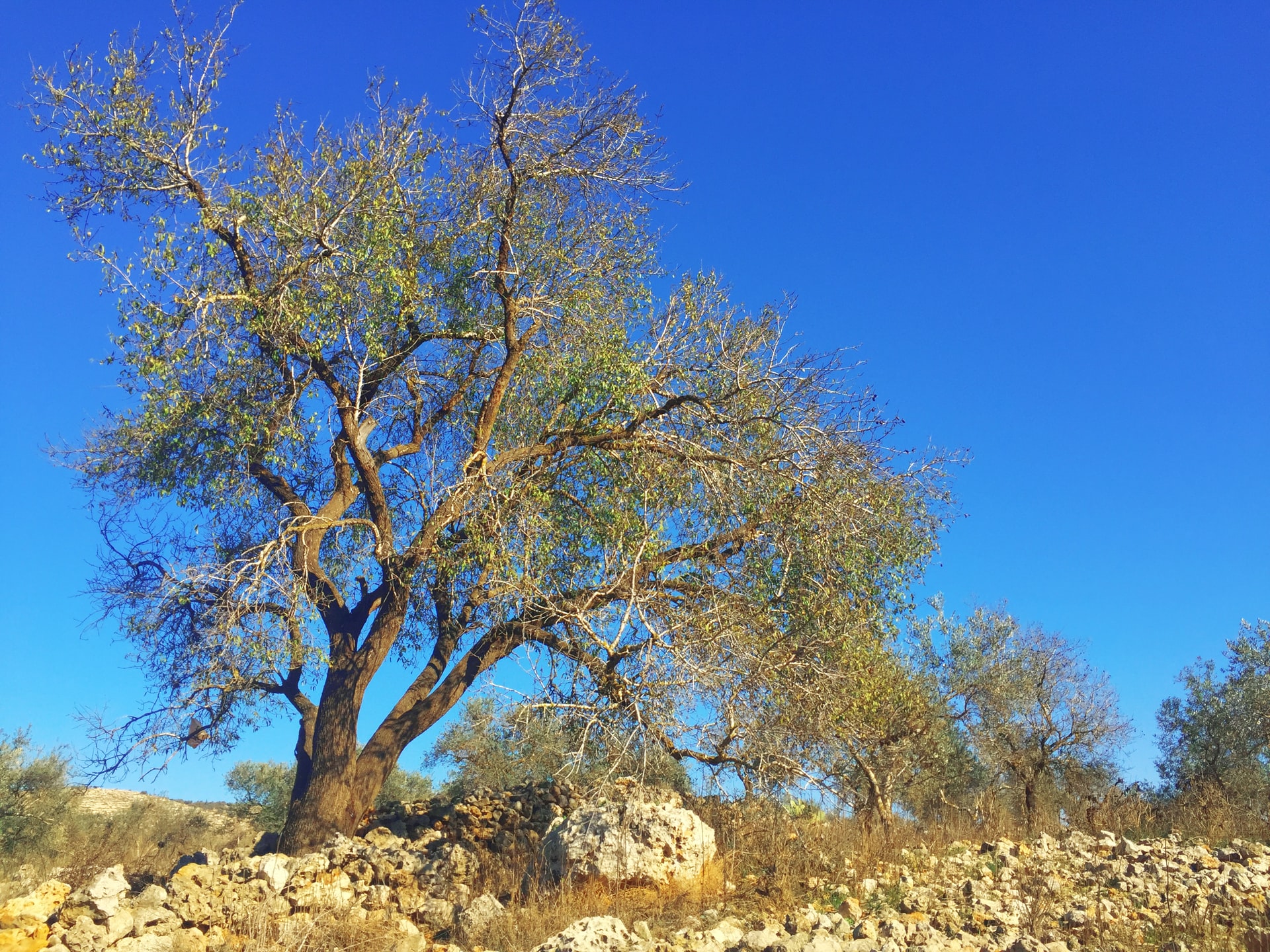 The Old City lies in the heart of Nablus and is densely populated, with many prominent local families living there. It is made up of six quarters: Habala, Qaysariyya, Aqaba, Yasmina, Gharb and Qaryun. There is plenty for the visitor to see including:

Mosques - there are many mosques in the Old City, including the Great Mosque, the Al-Khadra, the Al-Abnia and Ajaj. The Great Mosque is the oldest and largest of these buildings and was originally built as a Byzantine church by the Crusaders. After the conquest of Saladin, it was converted into a mosque in the Islamic period. It has a long, rectangular floor and a silver dome.

The Abd al-Haid Palace - built in the 19th century as a residence for the Abd al-Haid family, this white limestone building has many hidden treasures including winding staircases, unobtrusive courtyards, balconies and gardens.

Al Nimr Palace - this huge 17th-century palace is situated in the Habala neighbourhood and was built by Abdullah Pasha, a leader of the Ottomans.

Tuqan Palace - considered to be one of the most important historical buildings in the city, this palace has more than 100 rooms and was built by Pasha Tuqan in the 18th century.

Hammams - these Turkish baths were built between the 16th and 19th centuries. One that is still used today is Al-Shifa - estimated to have been built around 400 years ago, look out for the engraved plaque above the door.

Manara Clock Tower - built in 1906 on the orders of Sultan Abdul Hamid, to celebrate his 30-year reign, its style is similar to those found today in Tripoli and Jaffa. Visitors with a keen eye will notice the Arabic calligraphy, praising the Sultan. 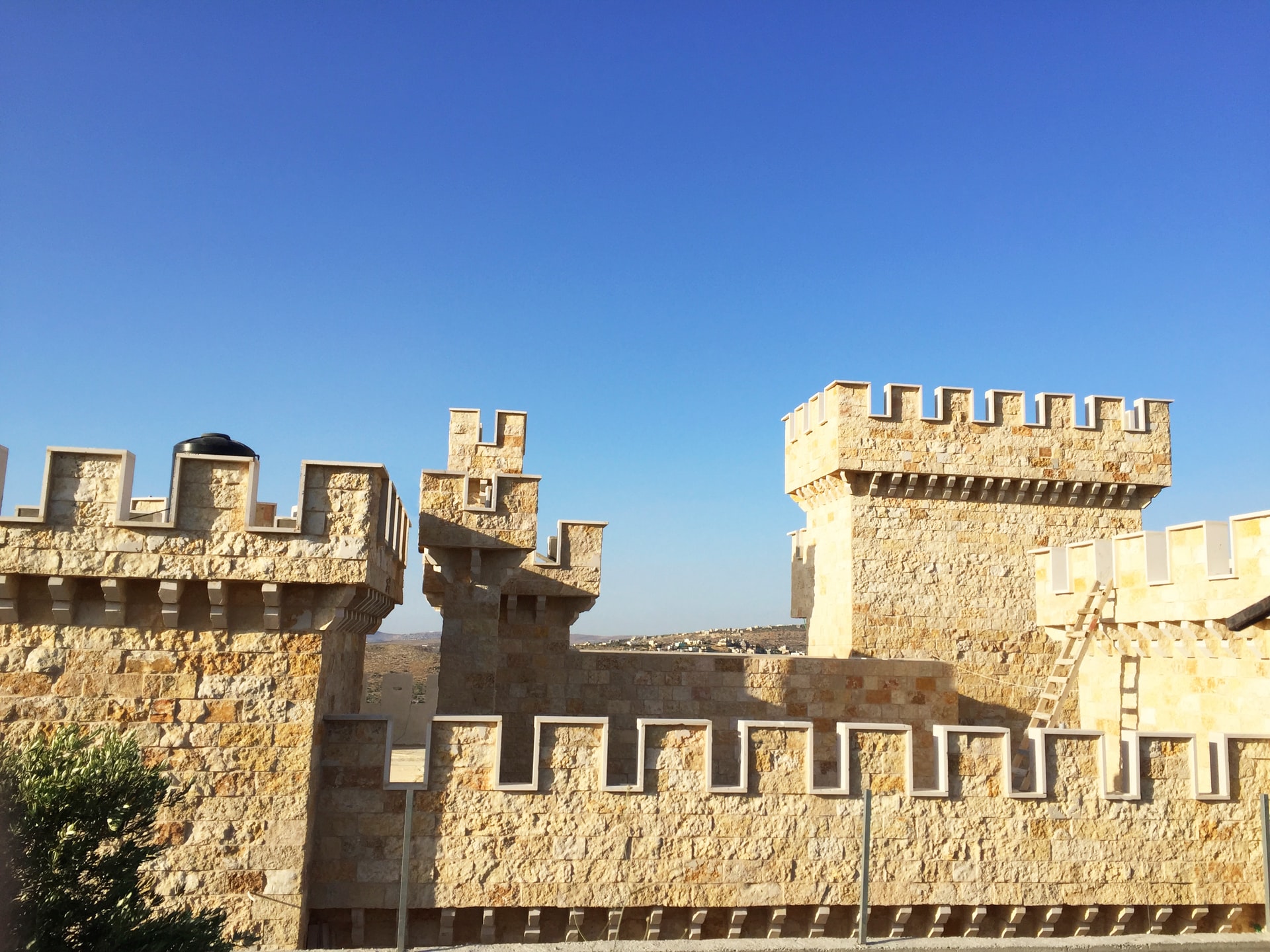 One of the palaces in Nablus. Photo by nour tayeh on Unsplash

One of two mountains ringing Nablus, Mount Gerizim sits on the southern side of the city’s valley. The Samaritan population (the majority of whom live nearby) regard it as the oldest, highest and most central mountain in the world. For them, it is the centre of their civilization. They consider it to be more sacred than the Temple Mount - for them, God intended it to be a holy temple.

In the Bible, it is said that when the Israelites entered the Promised Land, Moses instructed them to celebrate by making blessings on Mount Gerizim. Specifically, In the book of Joshua, it is also said that an altar of stones was built there. Today, it is still possible to see ruins at the top of Gerizim, including the remains of a fortified church and an old Samaritan temple. A large stone structure, named ‘Structure B’ is thought by archaeologists to have once been an altar built by the Samaritans in the 5th or 6th century.

Influenced by the great Italian Renaissance artist Andrea Palladio's "La Rotonda", Beit Falasteen is an extraordinary replica of a 16th-century Villa, transplanted to a Nablus hilltop built by the Palestinian millionaire and philanthropist Munib Al-Masri. You could be forgiven for thinking you were in Italy when you see the stone steps, porticos, grand salons, huge library and even a greenhouse!

This classical villa is full of priceless objects, including statues, rare manuscripts, tapestries and even a gold-plated throne. Sitting on Mount Gerizim, in south Nablus, the house is steeped in biblical history. Mount Gerizim is the place where, supposedly, Adam and Eve met, Noah built his boat to avoid the Flood and Abraham almost sacrificed his son, Isaac, on the orders of God.

Look out for the mosaic floor (unearthed during excavations, when the foundations were being built) and the educational displays - rooms put aside for geology, archaeology and the history of the Palestinians, with interesting information about Masri’s life and how he came to build the villa. 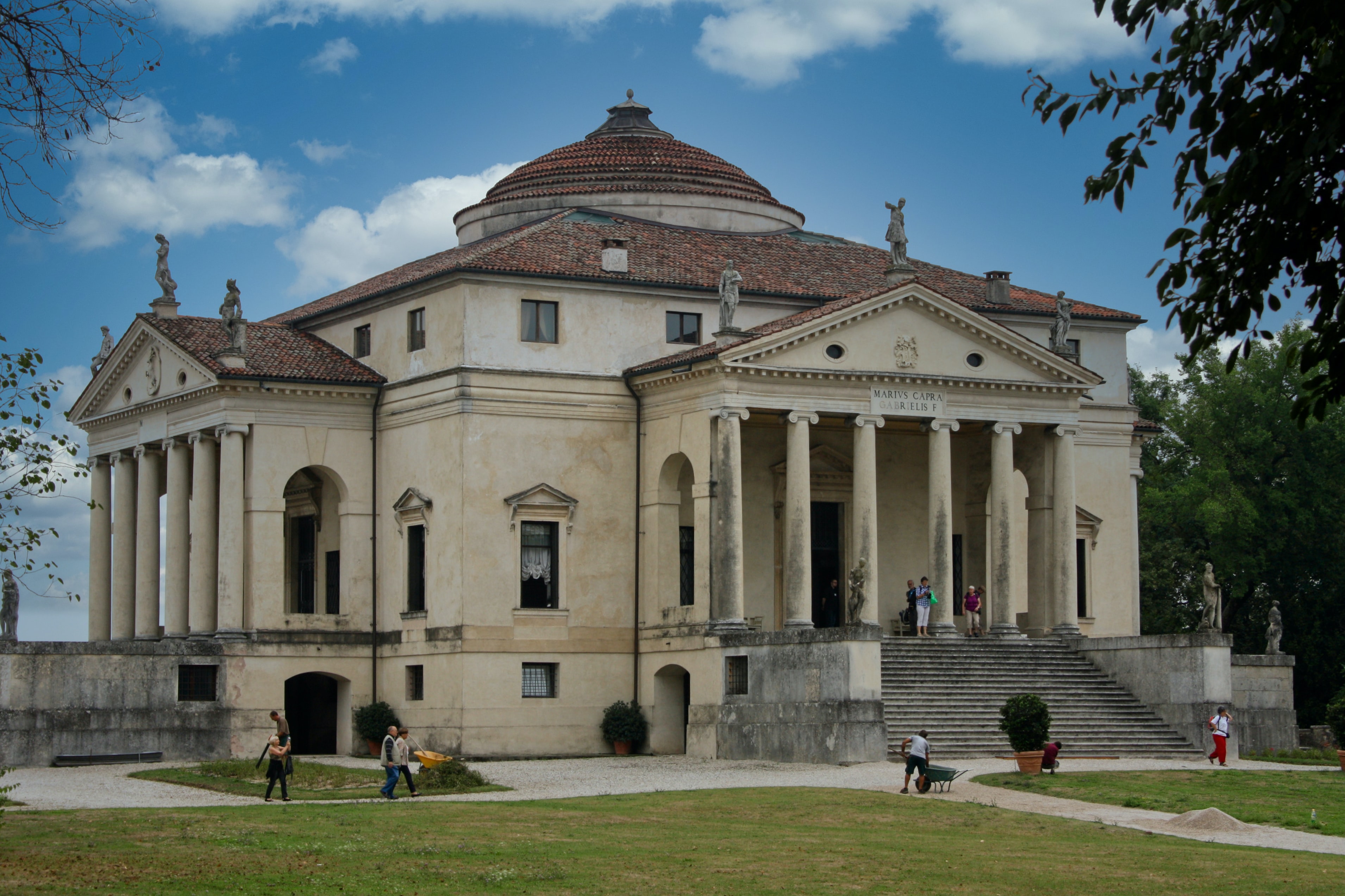 This traditional bustling market (or ‘shuk’ in Arabic) is a great place to wander, with its narrow alleyways and exotic smells and sights. Called the ‘Khan al Tujjar’ (‘the Sultan’s Market') it’s said to have been constructed in 1569. With its narrow street (no more than three metres wide at any point), the walls are designed in traditional Islamic style - with high arches - and if you look carefully you’ll see Ottoman inscriptions on them.

Here you’ll find endless stores selling everything from clothes and shoes to houseware and hardware. Fishmongers, restaurants and trinket stores line the streets and it’s also a wonderful place to pick up sweet treats (including baklava) and spices. Look out for the traditional olive oil soap that’s sold everywhere - it’s wonderful for the complexion. Moreover, prices are competitive and it’s quite acceptable to haggle!

Furthermore, Nablus is a green and lush part of the West Bank, which means that there’s a varied choice of fruits and vegetables and many good places to eat. One thing that must be tried is the local olives (either as a snack or buying locally-produced olive oil). There’s also sheep’s cheese, preserved in brine, that tastes a little like halloumi and goes well with bread and other ‘mezze.’

And then, as we mentioned before, there’s knafeh, probably the most well-known food item in Nablus. Basically, this is the aforementioned cheese, stuck between layers of crispy pastry, and then cooked in butter, before the final ingredient - sugar syrup - is poured over it. Neither your dentist nor your waist will thank you for indulging but it’s quite delicious and very ‘more-ish!’  The best place to sample it, we think, is the Al-Aqsa bakery - an institution renowned across the West Bank - where it’s made in huge trays in their open-air factory. Yum! 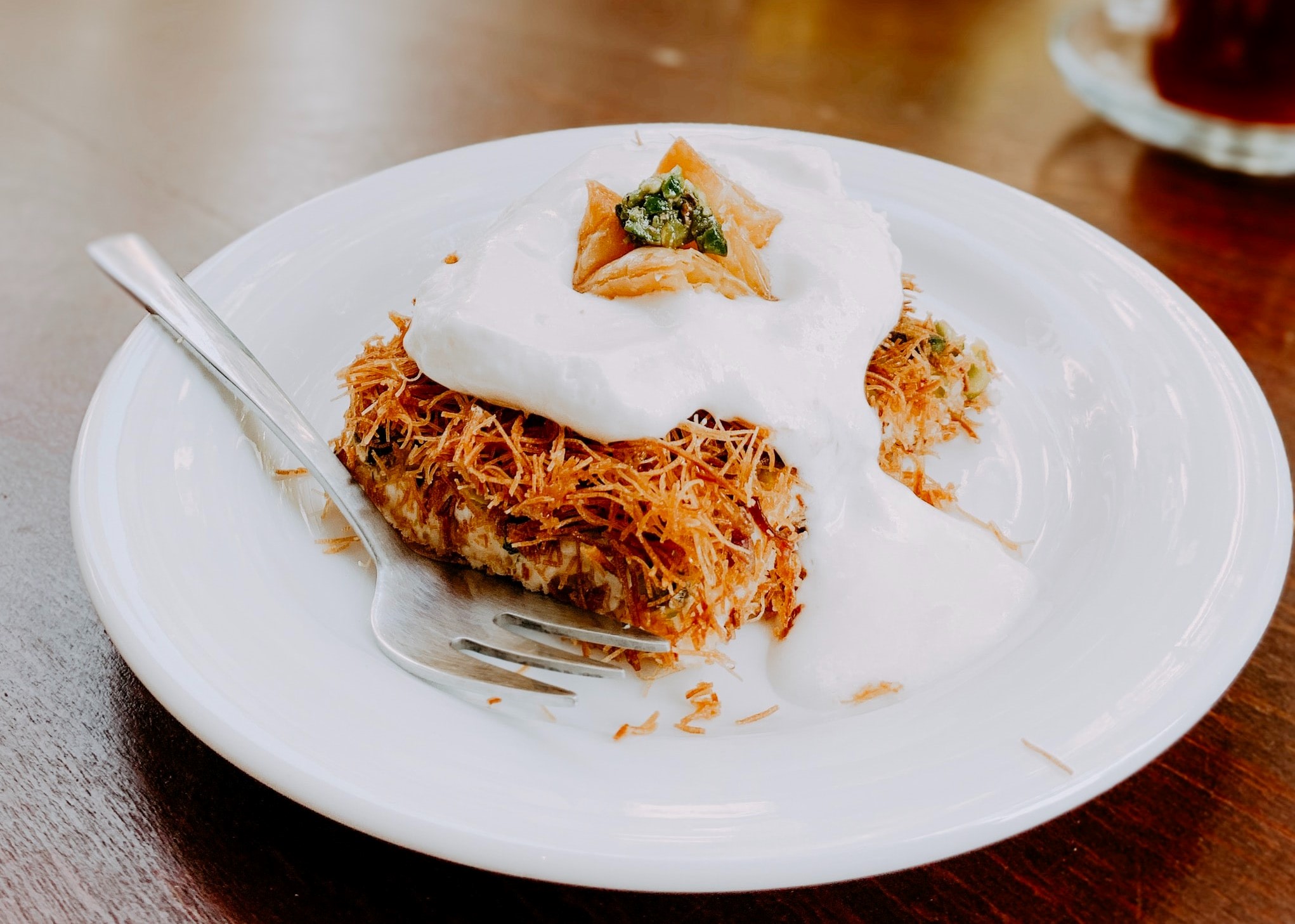 Situated in the complex of a church, within the grounds of an old Eastern Orthodox monastery, this is a deep well, constructed out of rock, which has been associated with Jacob, in the Bible, for around two thousand years. It is possible to access the well by entering the church and going down the stairs into a crypt.

With a narrow opening and made partly of limestone, this is where it can be found, along with a bucket, a tiny winch and some icons and candles. Manuscripts written by Pilgrims show that Jacob’s Well has been within the site of different churches on the same site, at different times. It is alleged to be the place where baptisms took place and also where Jesus had a conversation with a Samaritan woman.

The site of Tel Balata is where you will find the remains of an ancient Israelite/Canaanite city.  About 2.5 km from the centre of Nablus, it was an important cultural and historical centre in ancient times. The location has many water sources in addition to fertile land and lots of rainfall in the winter. There are several ruins that can still be seen, including the ‘fortress’ (once a temple) on the hill, two large gates, huge city walls and a governor’s palace (which boasted guardrooms, living quarters, a kitchen and even a small private shrine). 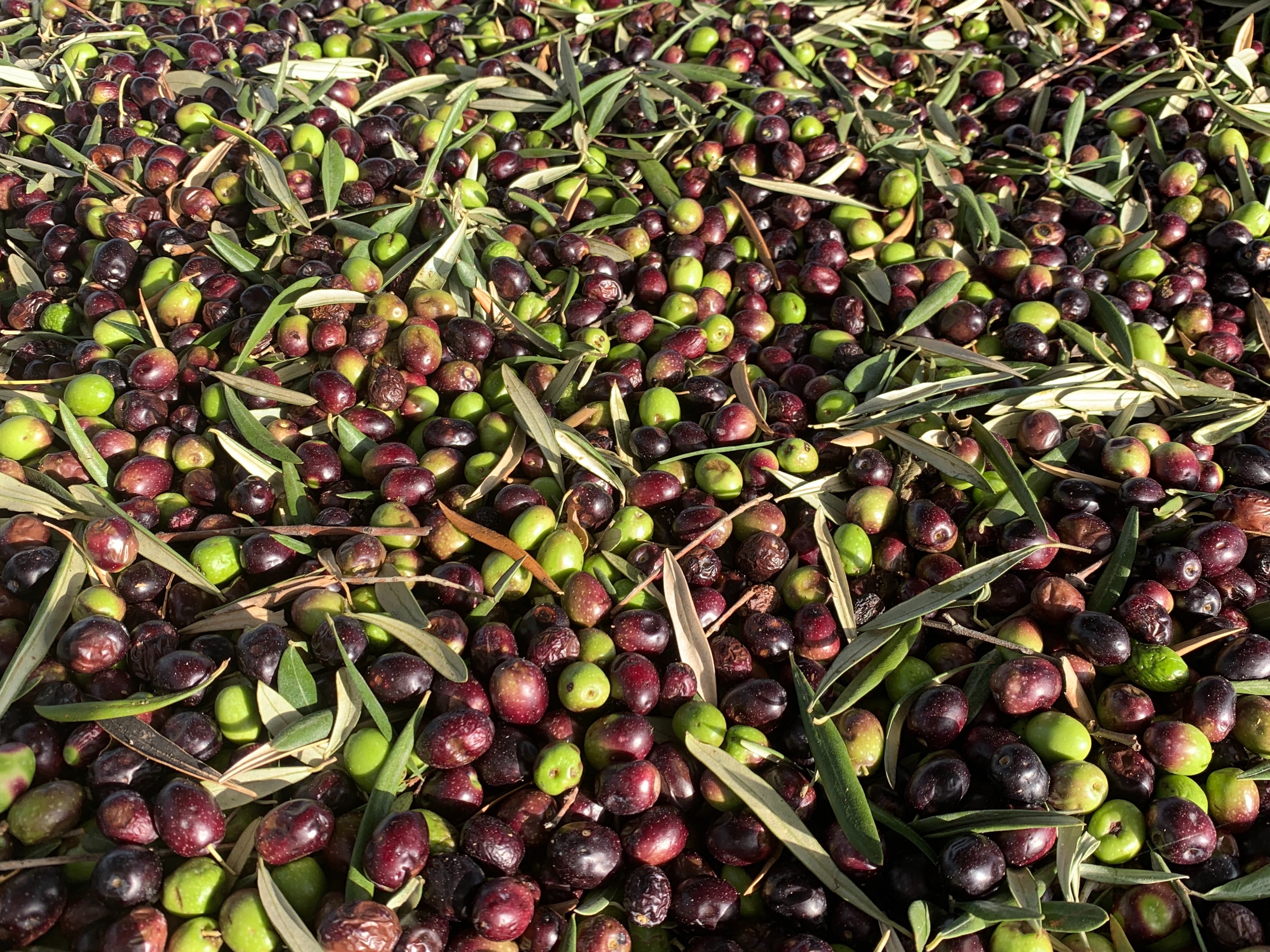 Joseph's Tomb is located close to Tel Balata and just north of Jacob's Well, this is believed by some to be the burial place of Joseph, although there is no concrete archaeological evidence to substantiate this. Thousands of years ago it may have been a Samaritan site but after Israel captured the West Bank in 1967, Jews began praying there again. It is housed within an Ottoman-era building marked by a white dome.

Located about 12 kilometres northwest of Nablus, this Palestinian village is home to around 4,500 inhabitants.  According to the Hebrew Bible, it was once home to a number of Israelite tribes and today boasts some archaeological sites. Visitors will see a sarcophagus next to the road and there is also a large cemetery of rock-cut tombs in the north of the area. The neighbourhood has small springs and a tiny ruined mill. Most of the villagers are Muslims, with a minority being Greek Christians. 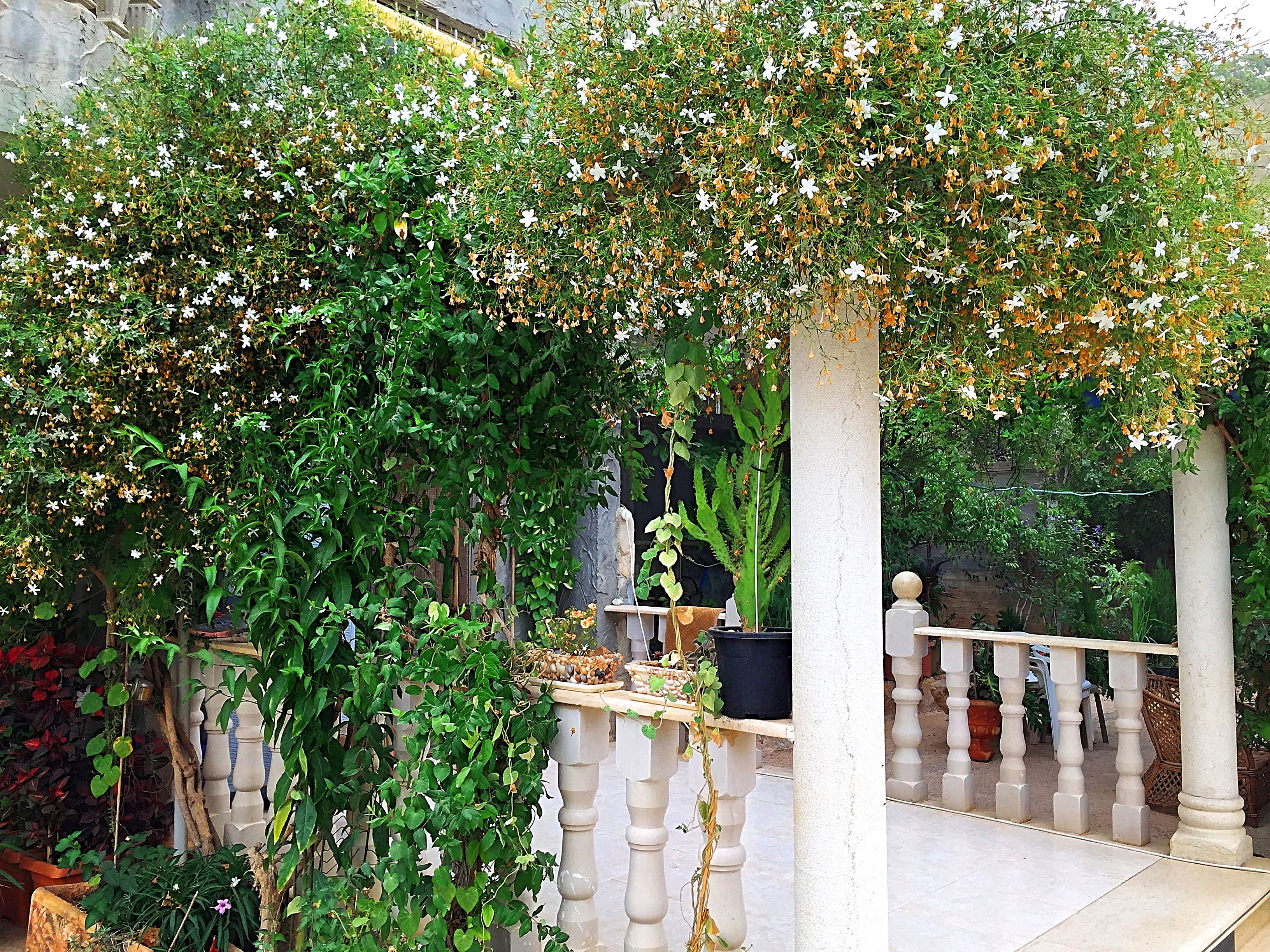 A courtyard in Nablus. Photo by nour tayeh on Unsplash

This ancient hilltop fortress was built by the Hasmoneans and from its top, there are stunning views of the Jordan Valley. It is not the easiest site to reach since there is no paved road so it is recommended only for the more experienced hiker. Alternatively, it can be accessed with a four-wheel-drive jeep.

According to the Hebrew Bible, it was to Shiloh that worshippers flocked before the First Temple was constructed. However, it has a history that predates that - long before the Israelites arrived, dating back to the Middle or Late Bronze Age, it was a walled city complete with a religious shrine.

Excavations from the 1920s onwards have unearthed impressive remains, showing that there were inhabitants in Shiloh until at least the 8th century. In the 21st century, the remains of Byzantine churches with lovely mosaic floors were unearthed. The designs are geometric, as well as portraying flora, a cross and three inscriptions.

To see the list of Dos and Don’ts when making a visit to the West Bank feel free to read this article. 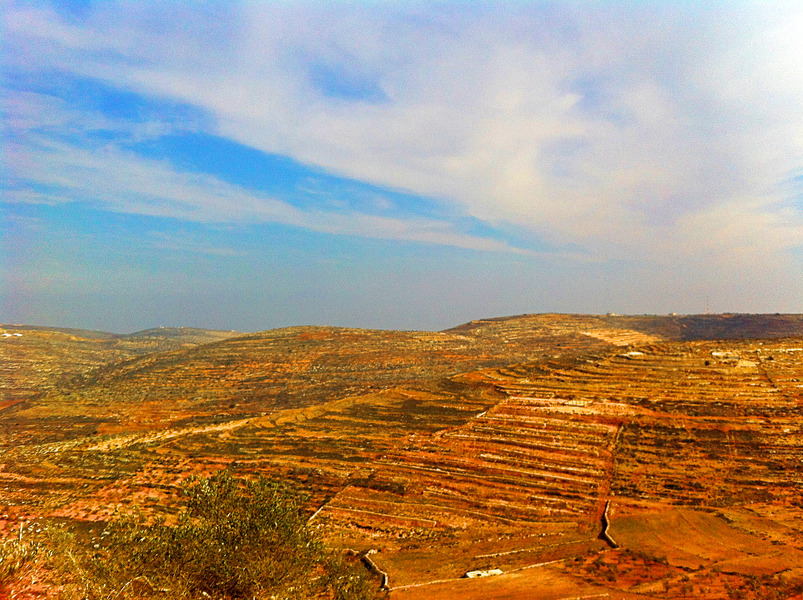