Haifa is one of Israel’s most socially and religiously diverse cities, it is home to Jews, Christians, Muslims and even followers of the Baha’i religion. The various religious communities live peacefully together..This multi-denominational mix of Haifa residents motivated the Holiday of Holidays Festival which is held in Haifa annually throughout the month of December. 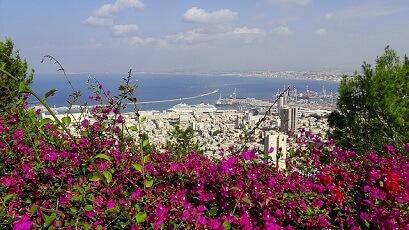 2012 will be Haifa’s 19th Holiday of Holidays Festival. The festival celebrates the city’s cultural diversity and religious tolerance highlighting the major religious celebrations what take place in December – Christian Christmas, Jewish Hanukkah and Muslim Eid-al-Adha.
Events are held at multiple venues from Thursday to Sunday throughout December. The main events are held in the Muslim-Jewish neighborhood of Wadi Nisnas as well as the German Colony and other Haifa locations.
The Holiday of Holidays events include tours, exhibitions, liturgical music concerts in Haifa churches, street parties, free public performances, conferences and ceremonies. During December entrance to Haifa museums is free on Fridays and Saturdays. Some international artists also participate in the celebrations. Attending the festival is a great way to see the unique neighborhood of Wadi Nisnas as exhibits are shown in the gardens, side streets, parks and courtyards of the neighborhood.