Christmas in Israel can be magical and a truly spiritual experience. There are services in local churches (mainly in Jerusalem, Nazareth and Bethlehem) as well as services held at the locations where Christmas events took place. Many tour buses leave Jerusalem on Christmas Eve to services in Shepherds' Field where an angel appeared to the shepherds on Christmas Eve. The tours continue to the Lutheran Church in Bethlehem and end off at the Church of the Nativity in Bethlehem for the Midnight Mass. 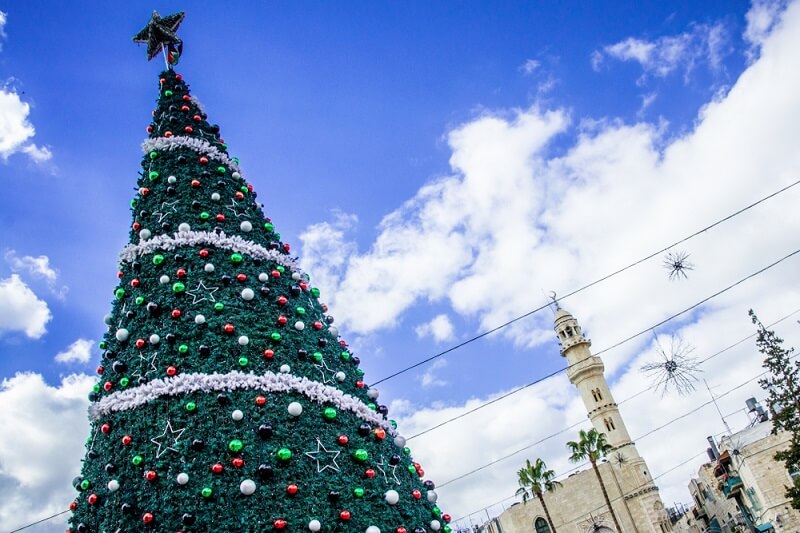 Of all the Christmas celebrations in Israel, perhaps the largest and most moving is at the Church of the Nativity in Bethlehem on Christmas Eve, where gather in Manger Square to be a part of the celebration of Jesus’ birth on the spot where the events unfolded. Christmas in Bethlehem includes processions through the streets, carol singing, and religious services which can all be an extremely spiritual experience.

For those belonging to Orthodox denominations, it is customary to join into one of the many religious processions that are held in Bethlehem.  Armenians tend to hold their services at the Basilica of the Nativity, although this falls a few weeks later than Protestant/Catholic times (usually the third week of January). These processions always pass through Manger Square, close to the site where it is believed that Jesus was born.

For Protestants, it is a different matter. Some of them, of course, will attend evening services in their local churches whilst others will make the trip to the Church of the Nativity or Shepherd’s Field. For Protestants who want to travel to Bethlehem from Jerusalem, the YMCA organizes an evening trip. In Jerusalem, popular Protestant and Anglican churches include the Lutheran Church of the Redeemer and St. George’s. 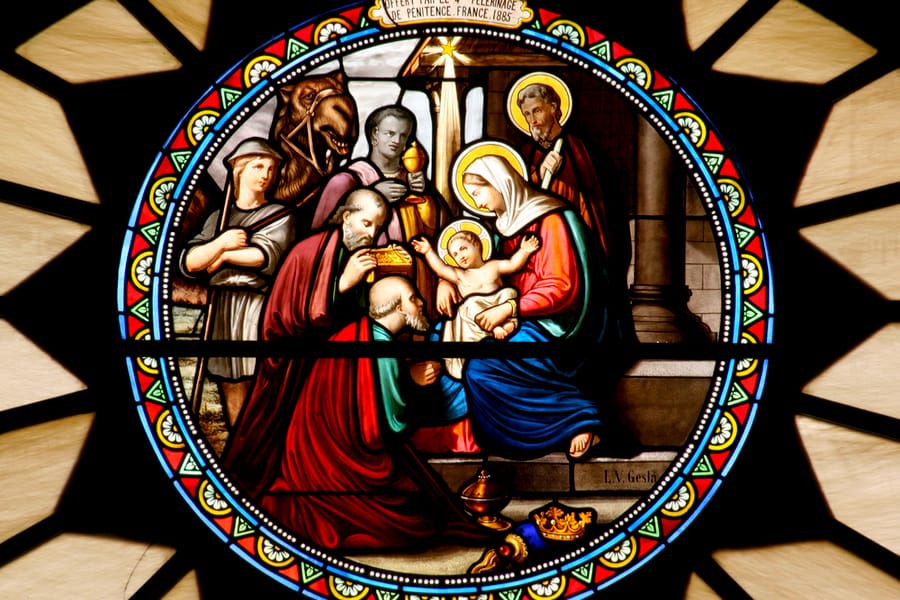 Christmas traditions in Bethlehem tend to be in the same vein as those in Europe and North America. A week or two before 25th December lights will be put up, as well as other decorations, and flags will fly.  Christians often paint crosses on the doors of their home and traditional Christmas markets are held, selling all kinds of fare associated with the holiday. If you look in the windows of peoples’ houses, you may also see miniature Nativity scenes on display.

On 24th December - Christmas Eve - an afternoon parade is held in the center of the town and all of the residents, not to mention pilgrims and tourists, crowd the streets in an attempt to get a bird’s eye view of the celebrations.  At the head of the Parade are officers on horses and behind them a man - also on a black horse - carrying a cross.  Following him are government and church officials.

Once the parade has arrived at the Church of Nativity followed by a man riding over a black steed and carrying a cross. After him comes the churchmen and government officials. After the parade has entered the Church of the Nativity, a statue of the ‘Holy Child’ is placed inside. The honored guests then descend down a long flight of stairs which leads them into a grotto. There can be seen a silver star - this is the place that marks Christ’s birth.

In Nazareth, there are Christmas Eve parades and firework displays as well as church services. In all over 90,000 foreign visitors arrive in Israel annually to celebrate Christmas. Christmas is celebrated also in Haifa and in Jaffa. It is important to remember that throughout the rest of Israel you could probably not even notice that it is Christmas in Israel as unlike America and Europe the streets and stores are not decorated, there is no Santa ringing a bell outside shops, and Christmas music cannot be heard in the streets.
Book a tour to the Christmas Eve in Jerusalem & midnight mass in Bethlehem 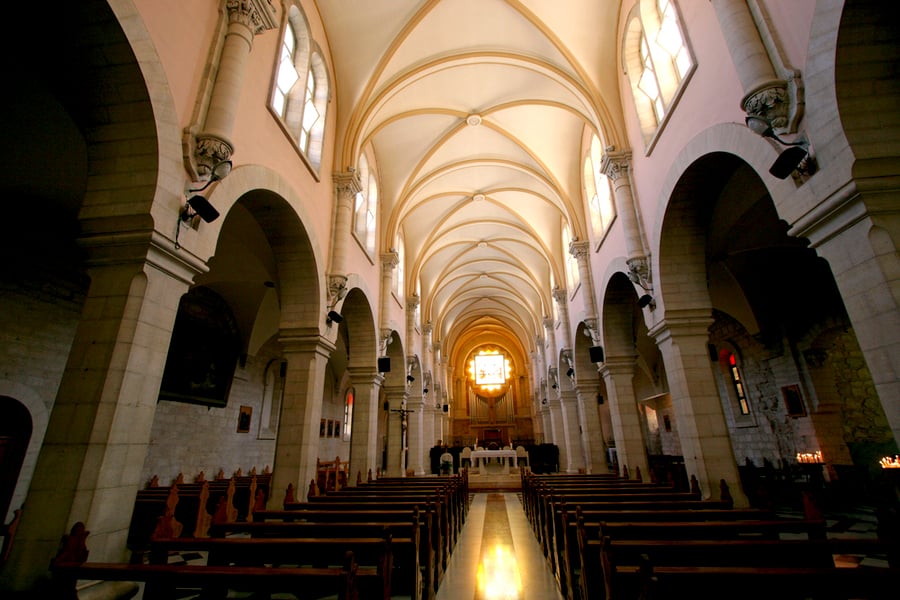 Inside the Church of St. Catherine, Bethlehem. Photo credit: © Shutterstock