Madaba is one of the top tourist destinations in Jordan, located 30km southwest of Amman along the ancient King’s Highway. Madaba has a history that can be traced back to the Bronze Age. Madaba is mentioned in the Bible (Numbers 21; 30 and Joshua 13:90) as a Moabite border community. The city has become popular thanks to its Byzantine and Umayyad-era mosaics. Thanks to this treasure trove of ancient mosaics Madaba has become known as the “City of Mosaics.”

The reason people visit Madaba is mainly to see the world’s oldest existing map of the Holy Land, aptly called “The Madaba Map.” The mosaic map was created using over a million tiny pieces of colored stone. The map is embedded in the floor of a church in Madaba. Although the artist who created the mosaic is unknown we do know that it was made in the mid-6th century during the Byzantine Era. The mosaic would have originally covered over 15.5m by 5.5m with the map depicting an area from Lebanon to the Nile. Unfortunately, only about a third of the work has survived.

The map orientation is with the east at the top, where maps today show the north. The Jordan River is shown flowing from left (north) to right (south). Although it is a primitive depiction of the Holy Land it is regarded as the most accurate that predates the modern era of cartography. The Madaba Map depicts Biblical locations; regions; places where important events took place and landmarks indicative of the cities. For example, Jericho is shown encircled by palm trees; John is depicted baptizing Jesus in the Jordan River and Jacob’s Well is shown at Shechem. The map also shows plants and animals including a lion, gazelle and fish in the river where there are boats and ferries.

The center of the existing portion of the map focuses on Jerusalem which is seen from above and labeled “Holy City.” The city’s famous walls, the Roman colonnaded street, the Cardo and buildings including the Church of the Holy Sepulcher are identifiable. Most of the landmarks are from the New Testament rather than the Hebrew Torah. In 746 a huge earthquake left Madaba in ruins and the town was abandoned leaving the mosaic forgotten. In the 1880s Christians settled in Madaba to rebuild the city away from persecution by Muslims in other parts of the country.

In 1896 when construction began on a new Greek Orthodox Church on the site of the early Byzantine Church the mosaic was uncovered. When the new St. George’s Church was constructed it incorporated the mosaic into the design. The purpose of the map, commissioned in the church has been debated. It may have been to help pilgrims find their way to the holy sites; to depict what Moses may have seen looking down from nearby Mount Nebo or simply to enhance the experience of the church goes.

Visitors can see the Madaba Map as well as the remains of five other ancient mosaics in Madaba. The city also holds a wealth of excavated remains that trace the city’s history from the Early Bronze Era to modern times including a 9th century BC fortified wall and a 3000-year-old Iron Age temple. Other attractions in Madaba include the thermal mineral springs at Hammamat Ma’in; the weaving rooms of Mukawir Village and the Madaba Archeological Park. 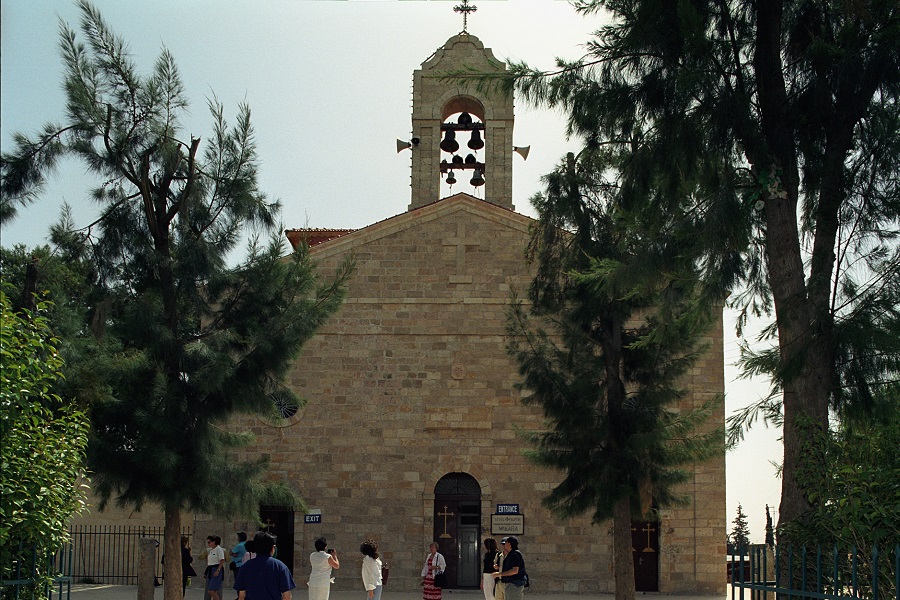