The Petra Archaeological Park covers an area of 264,000 m² in Wadi Musa, Jordan, 240 km from Amman and 120 km from the Red Sea. It is a UNESCO World Heritage Site and Jordan’s top tourist attraction. The archaeological park encompasses the ancient Nabataean capital of Petra which was carved out of pink-hued rock mountains about 2,000 years ago. Rose City thrived as a stop along the Arabian trade routes. The Nabataean city was later taken over by the Romans. In 363 AD it suffered damage from an earthquake and merchant caravans found new trade routes leading to the city’s abandonment.

Petra was lost to the outside world from about the 7th to the 19th century when explorer Johannes Burckhardt was shown the Lost City by local Bedouin in 1812. Petra’s fame spread across the globe and soon became a wonder sought out by travelers. Today Petra is protected within the archaeological park and has been preserved for generations to come. Luckily Petra is close enough to Israel to be visited on a one-day trip or a longer excursion.

What to See at the Petra Archaeological Park

The entrance to Petra is through a long narrow trail flanked by high cliffs called the Siq. At the end of the Siq the route opens up to reveal one of Petra’s grandest facades. The Treasury (Al Khazna) has an intricately decorated 40 meter high facade featuring Greco-Roman style columns and a huge rock-carved urn. Visitors can walk down the colonnaded street and see more stunning rock- architecture.

There are a series of Royal Tombs including the Urn Tomb built high on the mountainside alongside the Silk Tomb named for its richly colored stone facade. There is also the Corinthian Tomb and Palace Tomb. The Petra Monastery or Al Deir dates back to the 1st century and is 50 meters wide and about 45 meters high. These are just a few of the sites you can explore in Petra; the vast archaeological park has much more to discover. Visitors taking a tour from Israel to Petra will have a once-in-a-lifetime experience.

If you want to visit Petra, join one of our Petra tours. 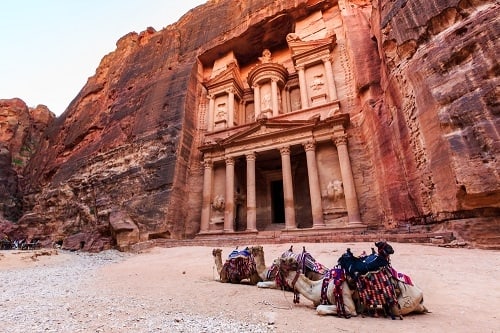 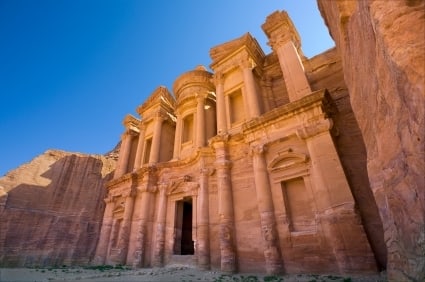 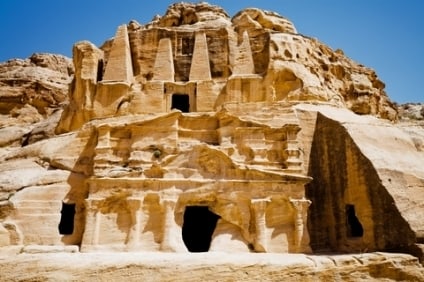 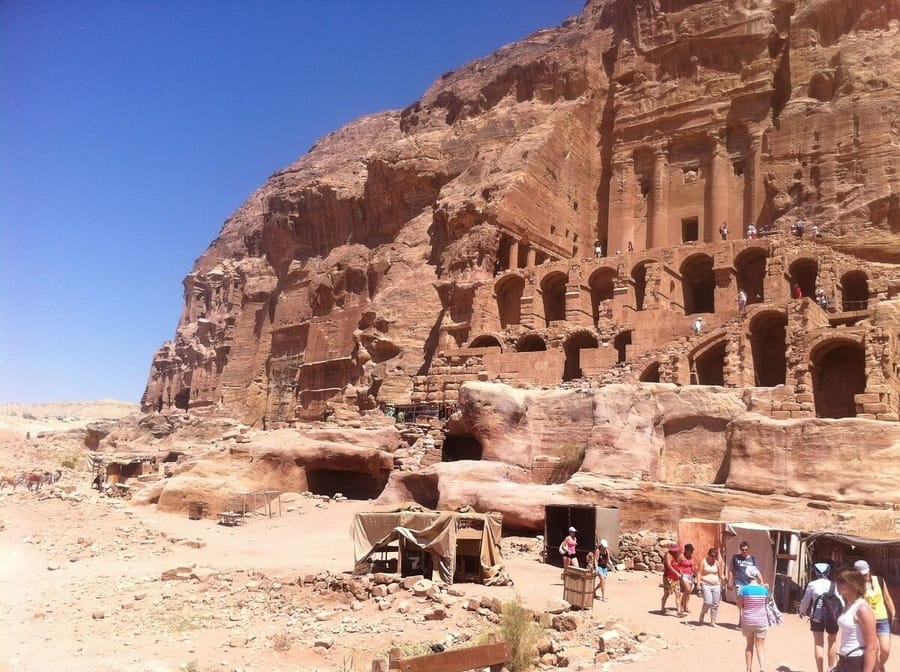