Israel’s a land of beaches, mountains, seas and nature trails, endless religious and historical landmarks, archaeological sites and museums that deal with so many different themes.  But it’s also a nation of culture lovers - which is why the performing arts are so well-supported.  Whether you want music, fine art or theatre, both the big and small cities won’t disappoint. Even better, when it comes to theatre, there are so many choices for the visitor, including performances in Hebrew, Russian, English and even Yiddish! 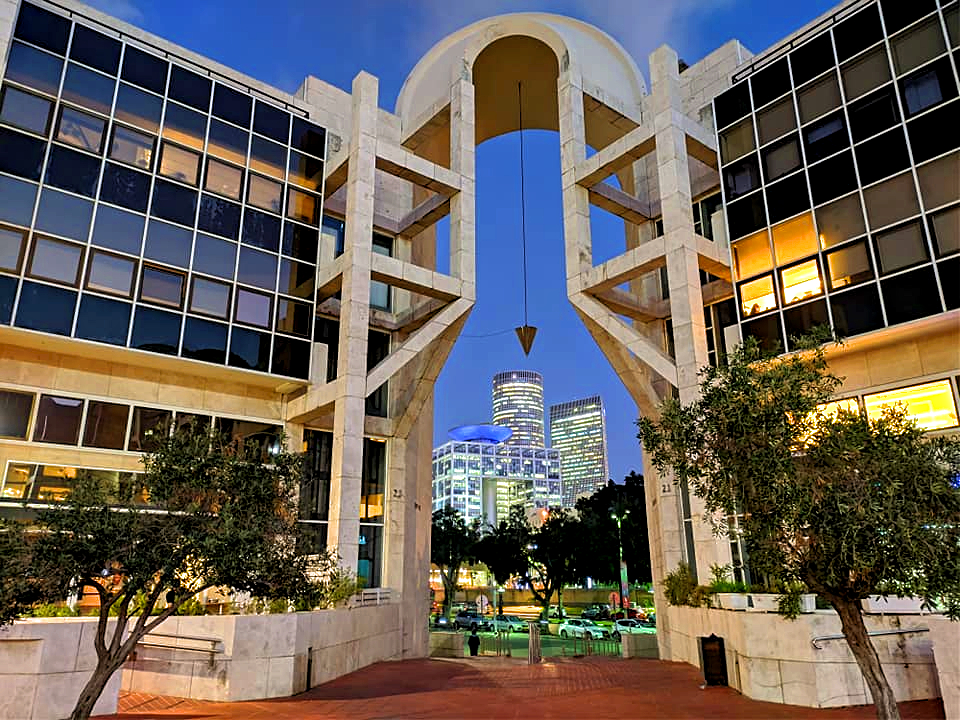 Today we’re going to be looking at the lively and active Israeli theatre scene. Whether it’s contemporary plays, classical productions, performances at the Roman theatre in Caesarea, or under the stars in Jerusalem, there’s an exciting and dynamic ‘scene’ in the country. Israel is also a veritable melting point which means the actors, directors, and playwrights you’ll come across here hail not just from the Levant but all across the globe. From professional repertory and international musicals to regional plays and amateur companies, devoted audiences can expect a treat when they book tickets. Let’s start with a brief history of how it all began...

History of the Theatre in Israel

The first-ever Hebrew theatre in Israel was a group called ‘Lovers of the Hebrew Stage’ who performed actively in the Holy Land between 1904-1914. In the years of the British Mandate, when many Jewish immigrants were arriving in Palestine, many of the plays performed were themed around Jewish history and the trials and tribulations of being involved in ‘building a new country’.  Habima, a theatre group founded in Moscow, arrived in Tel Aviv in 1928, delighting audiences with a production of ‘haOtsar’ (‘the Treasure’), a Yiddish to Hebrew translation of Shalom Aleichem’s Der Oytser. Settling in the city in 1931, a theatre was built and opened in 1945. 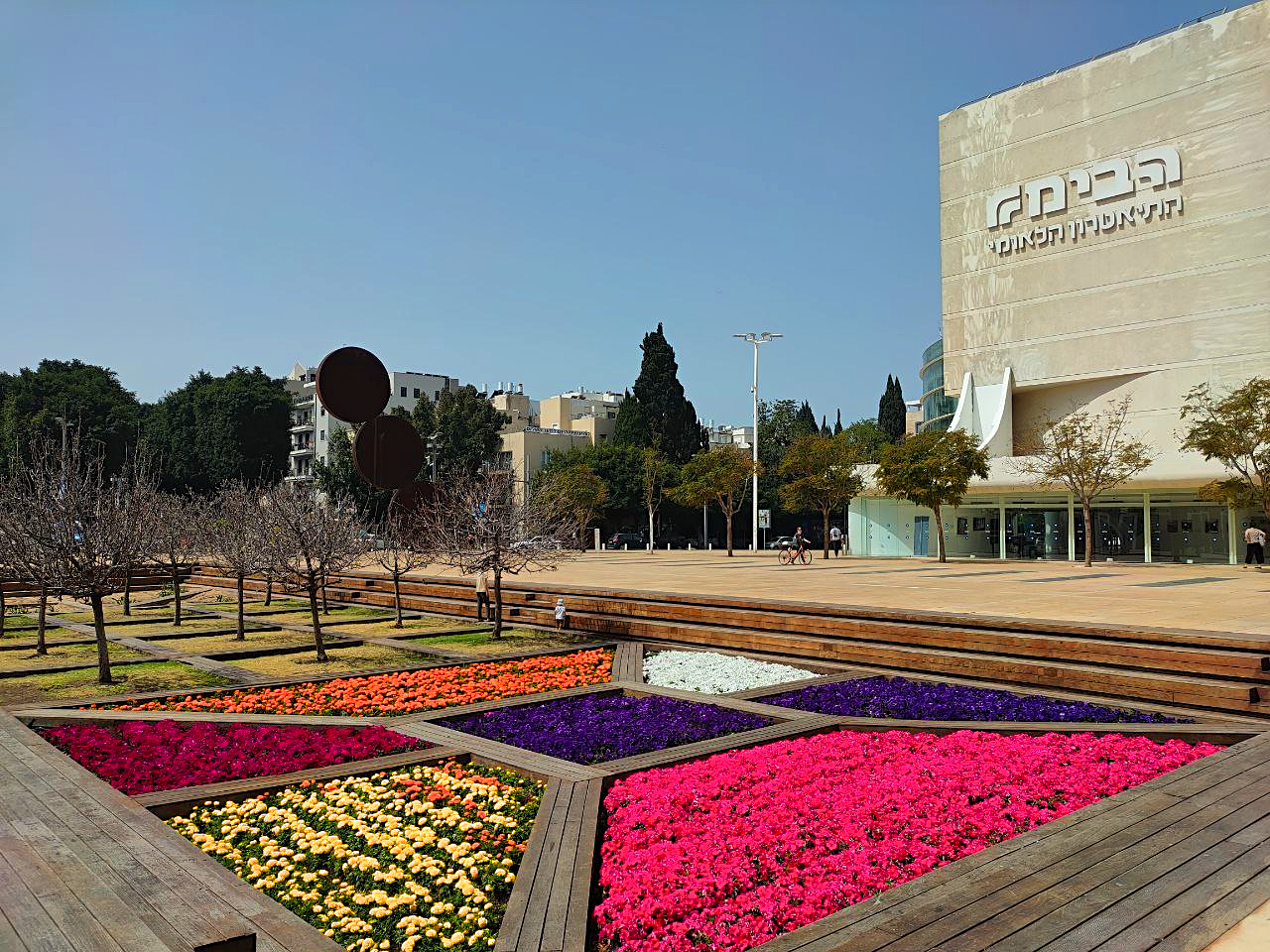 Old and New Themes - from Shakespeare to Levin

After the creation of the state, theatre in Israel flourished, combining native and international narratives. Playwrights such as Hanoch Levin, Moshe Shamir, and Nissan Aloni began exploring subjects pertinent to the new, fragile state, particularly the impact of the Holocaust and the current state of play between Israel and the Arab world. Over time, international classics also became popular in Israel - Shakespeare, Moliere, Samuel Beckett, and Tom Stoppard to name but a few.

Today, Israel’s theatres have a reputation that is well-deserved, drawing on eclectic themes and promoting young actors and actresses. With a growing number of students studying acting in high school and the exciting atmosphere that exists on stages across the country, the future indeed looks bright for Israeli theatre. Let’s now have a look at some of the most well-known theatres in Israel: 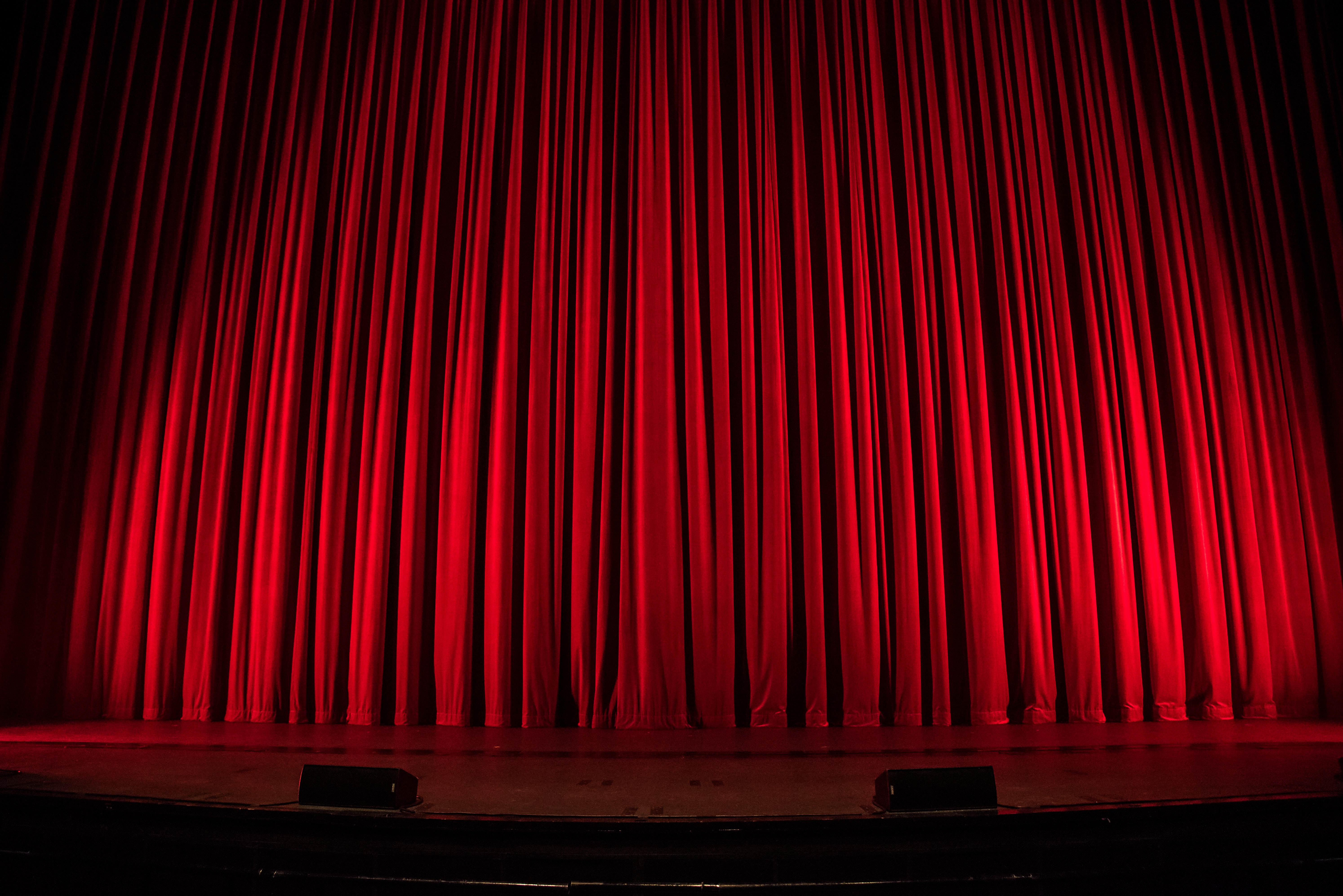 Jerusalem Theater - This landmark structure opened in 1971 and houses a number of open spaces, which perform all kinds of cultural activities. The complex consists of five halls - the Sherover Theatre can seat 970 and the Henry Crown Concert Hall 760!  Located in Talbiyeh, it hosts over 600,000 visitors each year.

Khan Theater - This theatre is a leading repertory-creator in Jerusalem, producing 4-5 new critically acclaimed plays each season, as well as its repertoire of 10 ongoing productions. They perform classical, modern European, and American plays, as well as Israeli dramas and, are considered by critics as the theatre that has produced the most groundbreaking works in recent years. Without a doubt, it is a real cultural center in the city.

The Train Theater - Formed in 1981, this artistic puppet theater for children promotes creation and innovation. Every summer, it puts on the International Festival of Puppet Theater, bringing together puppeteers, viewers, artists, and festival directors from Israel and around the world. 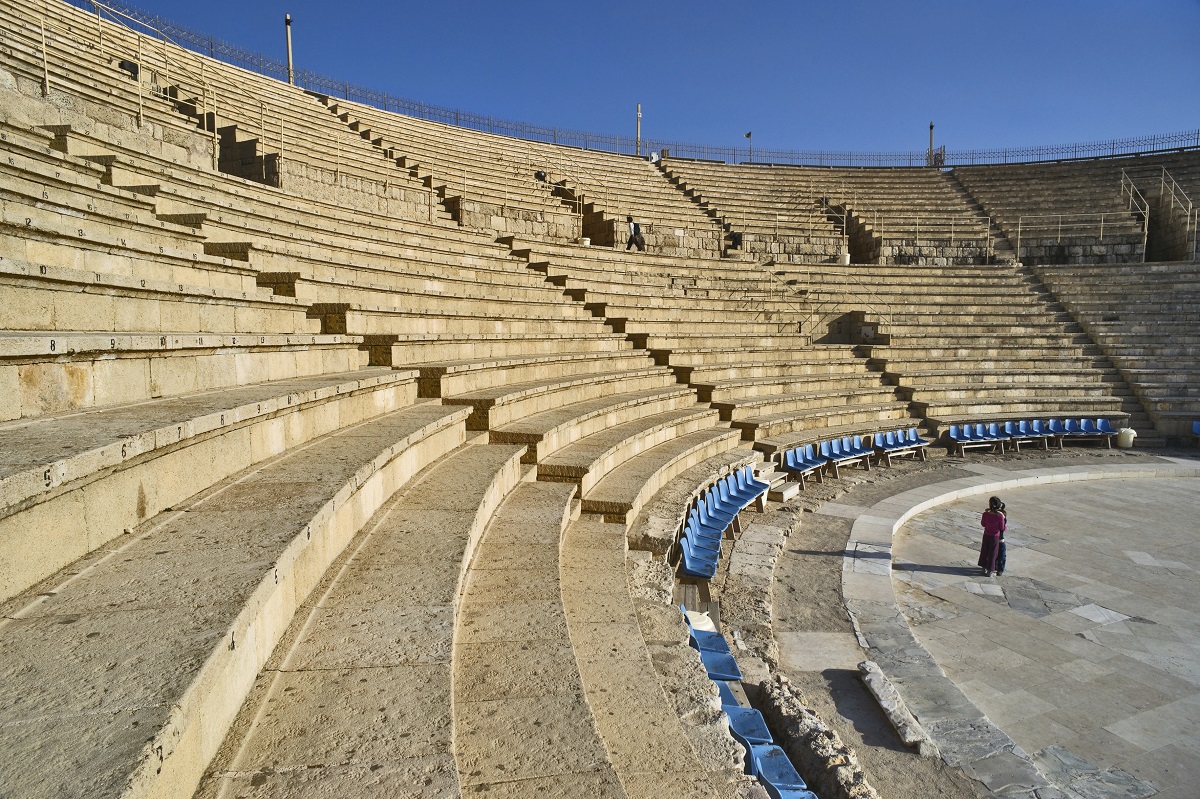 Habima - Habima first opened in 1945 but was rebuilt and reopened in 2009 - today, located at the top of Rothschild Boulevard, it is considered a world-class theatre. Most productions are performed in Hebrew but often translated simultaneously into English, making it accessible for thousands of tourists. It has produced many critically acclaimed plays, both classic and independent, and today visitors can also enjoy a number of musicals on offer there, including Les Miserables and Mamma Mia.

Gesher - The Gesher Theatre was founded in 1981 by new immigrants who had arrived in Israel from the USSR. It is one of the few bi-lingual theatres in the world, performing with the same troupe in Russian and Hebrew alternately. Today most of the productions are in Hebrew, but it has a very unique and artistic feel to its productions. Many of its plays have been hailed as remarkable and outstanding and today it is regarded as one of the most innovative theatres in Israel.

Jaffa Theatre - The Jaffa Theater promotes intercultural dialogue, bringing together people from Jewish and Arab backgrounds, in an atmosphere of mutual respect. The theatre is a great advocate of reconciliation and peace and puts on many productions that deal with identity and ‘belonging’. 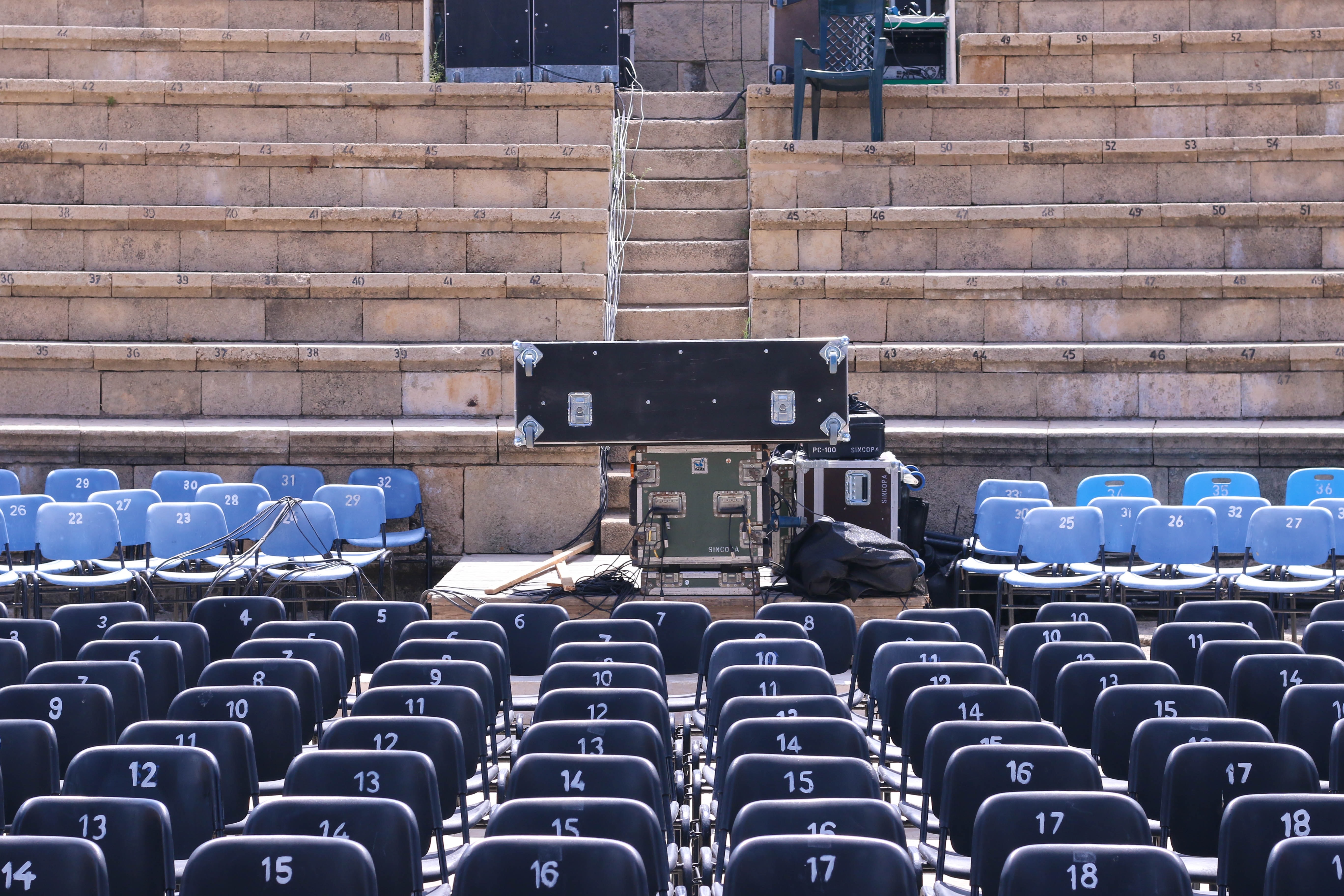 Roman Theatre in Caesarea. Photo by Joshua Sukoff on Unsplash

The Cameri Theatre - The Cameri, founded in 1944, is one of Israel’s leading theatres and, to date, has staged over 600 productions, in front of thousands of people.  Based in central Tel Aviv, each year, they present around 15 new plays to Israeli audiences, using an accomplished cast and well-known directors (five of whom have been awarded the Israel Prize for contributions to their field).

The Stage - This is home to a performing arts community in Tel Aviv that operates in English.  They run large and small productions, all on a voluntary basis. Their claim to fame is a production of the notorious ‘Vagina Monologues’ and they also offer writing, directing, acting, and improv workshops as well as stand-up comedy and ‘open mic’ nights. If you are looking for an English-language theatre in Israel with English-speaking actors, this one is not to miss. 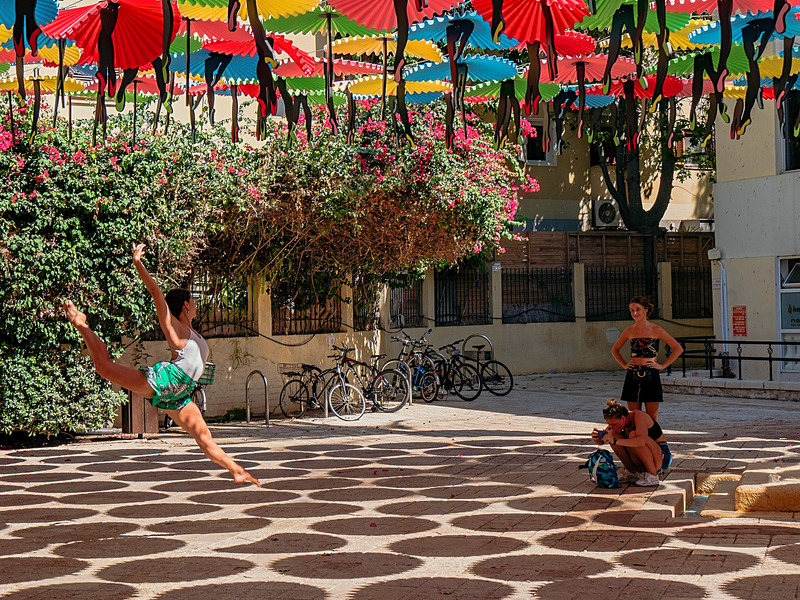 Improv Theater Israel - Founded in 2007 by Anna Preminger, this is currently the home of Israeli improvisation theatre.

Yiddishspiel - Yiddishpiel was established in 1987, its aim being to restore and revive the rich language of Yiddish, spoken by millions before World War II and part of a rich, Jewish cultural tradition. They have a rich and diverse repertoire, including classic works by Shalom Aleichem, Isaac Bashevis Singer, and Shai Agnon.

Founded by Shmuel Atzmon-Wircer, to date over 100 new productions have been staged and the theatre has also gained international recognition,  performing in festivals around the world. Since their beginning, they have traveled to London, Frankfurt, Amsterdam, Los Angeles, and Vienna to perform.

Malenky - This company was founded in 1997 by a group of immigrants from the old USSR and its forte is the adaptation of classical literary works. Malenki means ‘small’ in Russian but there’s nothing insignificant about these actors. Currently, they perform both in Russian and Hebrew and their repertoire includes ‘the Bastards Story’ (based on Shakespeare’s ‘King Lear’), ‘About the Sin’ (based on Dostoyevsky’s  ‘Crime and Punishment), and ‘The Stranger’ (based on the novel by Albert Camus). 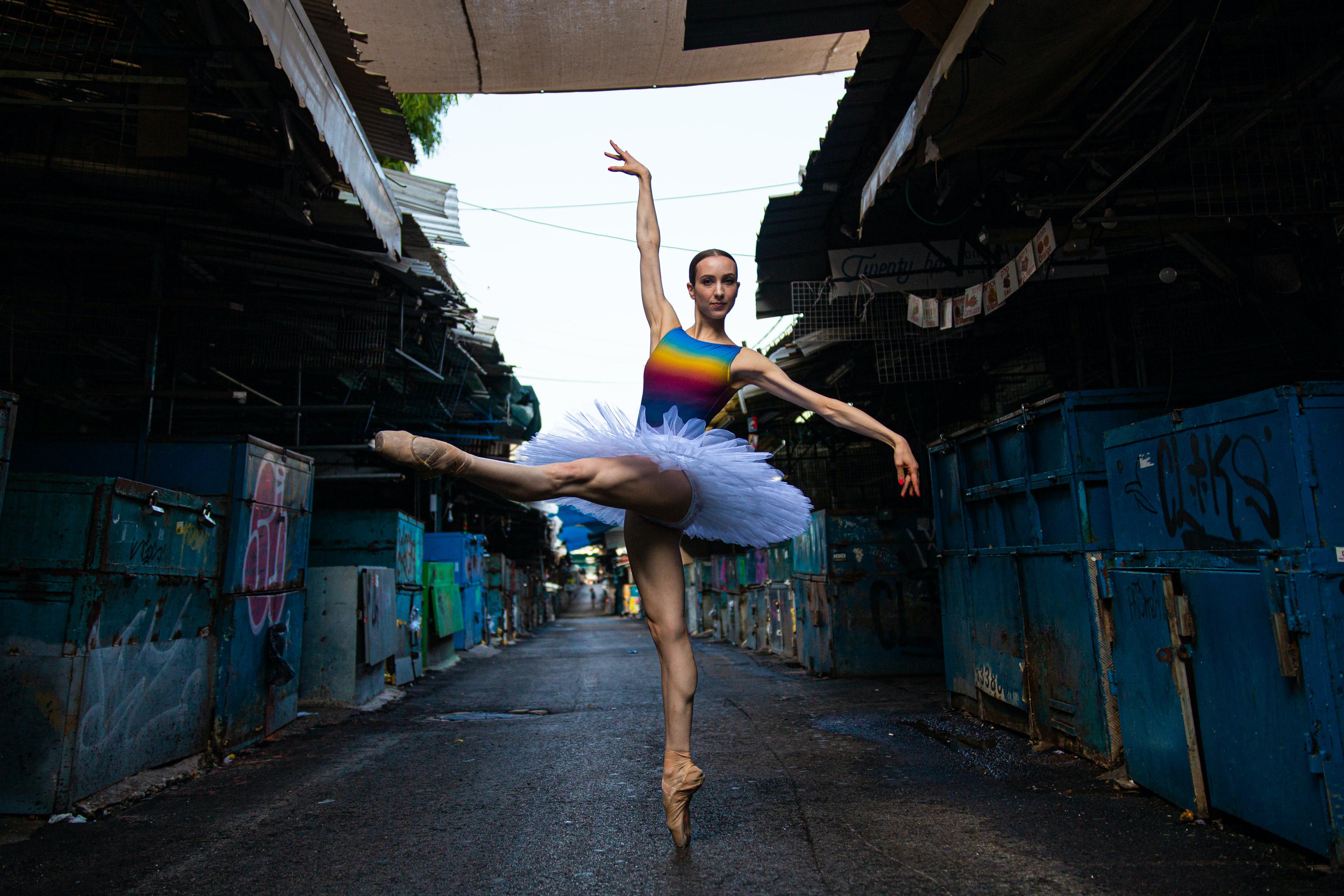 Haifa Theatre - Founded in 1961, with the support of Abba Hushi - the mayor at that time - this was the first creative urban theatre in Israel.  Undoubtedly, it expanded the cultural horizons of Haifa - and today acts as a creative home for young directors and original playwrights.  (Fun fact; famous Israel playwrights Hanoch Levin, A B Yehoshua, and Danny Horowitz all began their professional lives here).

Al-Midan - Founded in 1994, by a group of Arab-Israelis, this Haifa-based theatre serves as the artistic community for Arabis in Israel. With its two halls, its plays are performed only in Arabic and use both young Arab performers who have just graduated from Israeli drama schools, in collaboration with seasoned actors from the community.

Caesarea isn’t just a magnificent national park, at which you can see extraordinary examples of Herodian architecture. It’s also home to a huge theater where, every summer, theatergoers come to enjoy concerts and plays under the stars. What once was a place where thousands watched Sophocles being performed is now a major venue for international performers. Not to be missed! To visit Caesarea join one of numerous Caesarea tours. 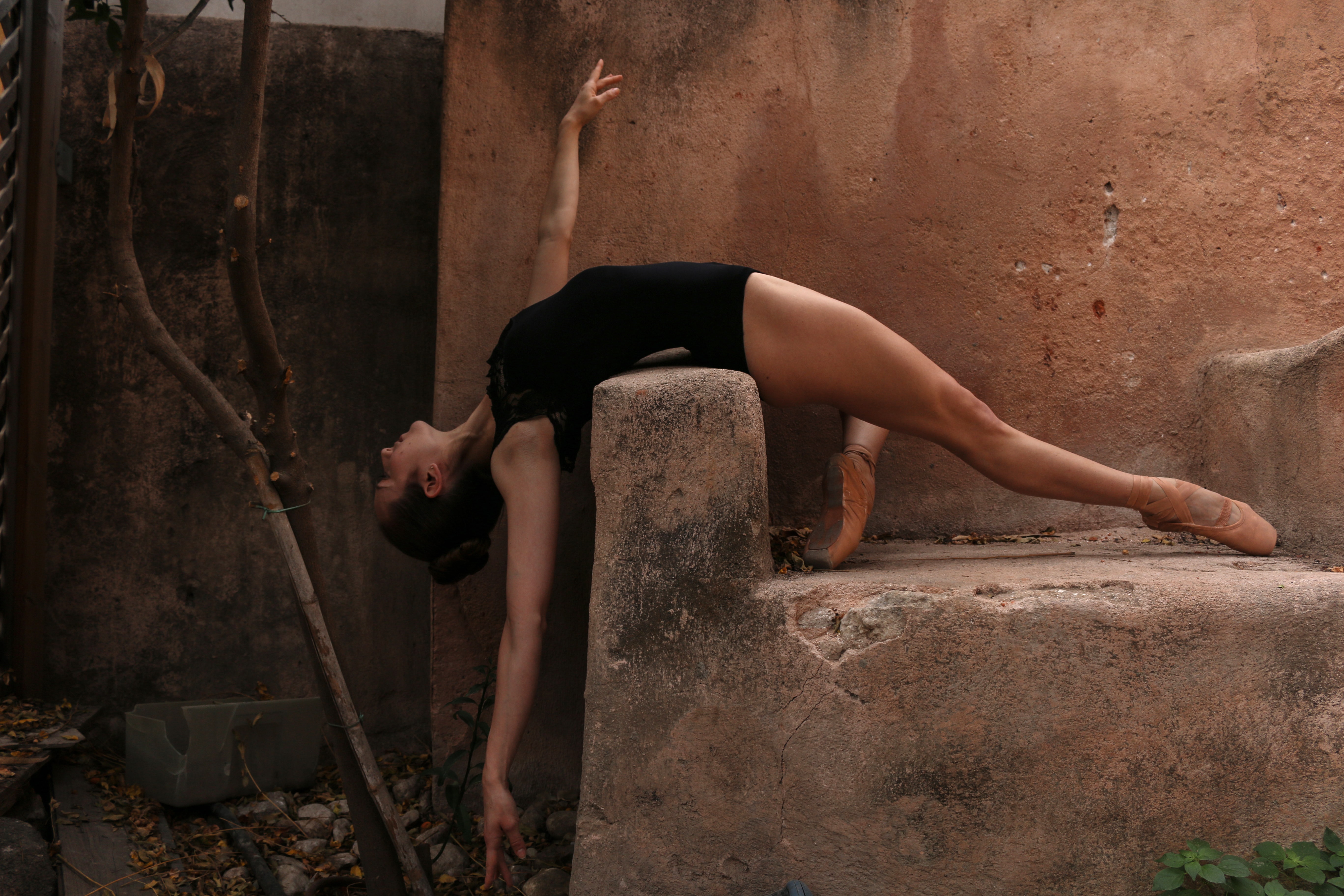 Ballerina in Tel Aviv. Photo by Liel Anapolsky on Unsplash

The King and I, Rent, Chitty Chitty Bang Bang, and The Sound of Music are some of the many musicals that have proved to be huge hits in Israel. Many Broadway shows make it here, both in large and intimate venues and enjoyed both by Israelis and those whose native language is English!

Each year, Israel holds a number of fantastic theatre festivals, to which thousands of people - both locals and tourists - flock. These include:

Musrara Mix Festival - Usually held in February, and held in the Jerusalem neighborhood of Musrara (between the east and west of the city), this runs for three days and hosts a number of Israeli and international artists, as well as students from the Naggar School of Art. All events are free to the public, and visitors love walking through the narrow streets of the area, meeting locals, and enjoying all kinds of artistic performances. 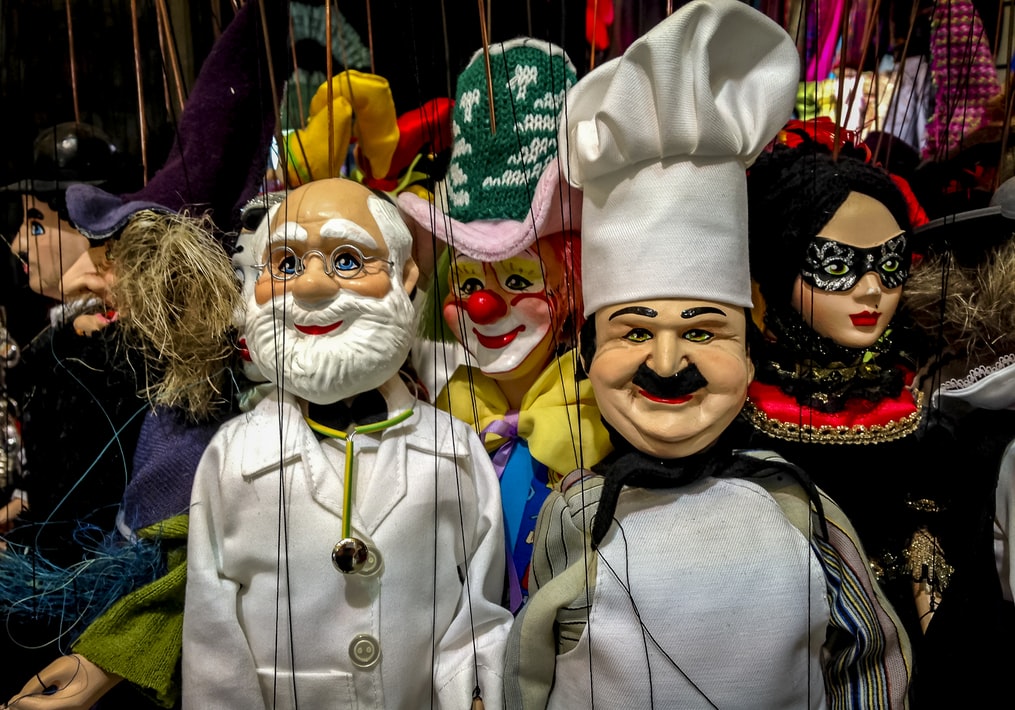 Festigal - Performed annually since 1981, Festigal is a wonderful musical show with many well-known actors and singers in Israel performing across Tel Aviv, Jerusalem, and Haifa. It begins with a musical, then comes a break, in which the audience vote for their favorite song. The second half consists of a concert. Held at Hanukkah time (December), it’s incredibly popular with children and each year it adopts a different theme.

Acre Fringe Theatre Festival - Since 1979, the marvelous Crusader City of Acre has been home to an international fringe festival, which is held in the days that fall between the beginning and end of Sukkot (the Jewish Festival of Tabernacles), in the Autumn. Acre, with its ancient port, narrow alleyways, and eclectic architecture, is the perfect place to stage productions.

Held at the Knight’s Hall (the Hospitaller Fortress), the stunning archaeological backdrop intrigues and mesmerizes visitors. It is Israel’s biggest theatre festival and is known to be a hub of creativity - it hosts companies from around the world and also boasts street performances and many activities for children. Enjoying theatre in a city like Acre was never this much fun... 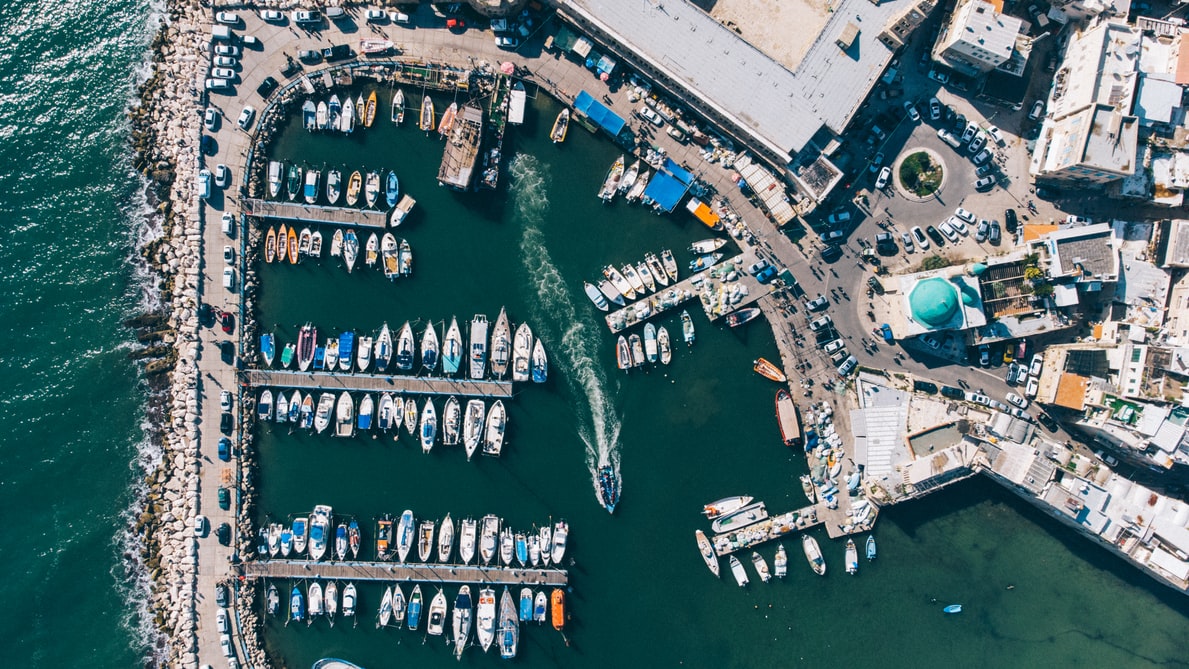 Jaffa Fest - Running since 2018 and held in the beautiful city of Jaffa, this festival hosts a number of music and theatre productions. Initiated by the Gesher Theatre, since 2020 it has been including a variety of content created for digital broadcasting in Hebrew, English, and Russian.

Masrahid Festival - Held annually, at the Acre Theatre Centre, this festival performs plays in Arabic with simultaneous translation provided in Hebrew, opening the event up to millions of people who want to watch original works and understand more about Arab and Palestinian culture.

International Puppet Festival - Taking place each July in Holon (just outside of Tel Aviv), this festival began in 1995 and is organized by the Israeli Puppet Centre.  It hosts workshops for professionals and amateurs and gives performances by locals and international artists alike.  Even better, most events are free...

Bat Yam Festival - This annual festival takes place every August, close to the beach (on the boardwalk) in Bat Yam (a city just south of Tel Aviv-Jaffa). Running since 2005, it’s all about street theatre - and this street theatre is edgy, risky, and happening. The audience is people who happen to be walking there and performers have the job of making them look up and take notice. If you’re lucky, you’ll even see some acrobatics!

To be able to visit any particular show or theatre in Israel, please consider joining a private tour. 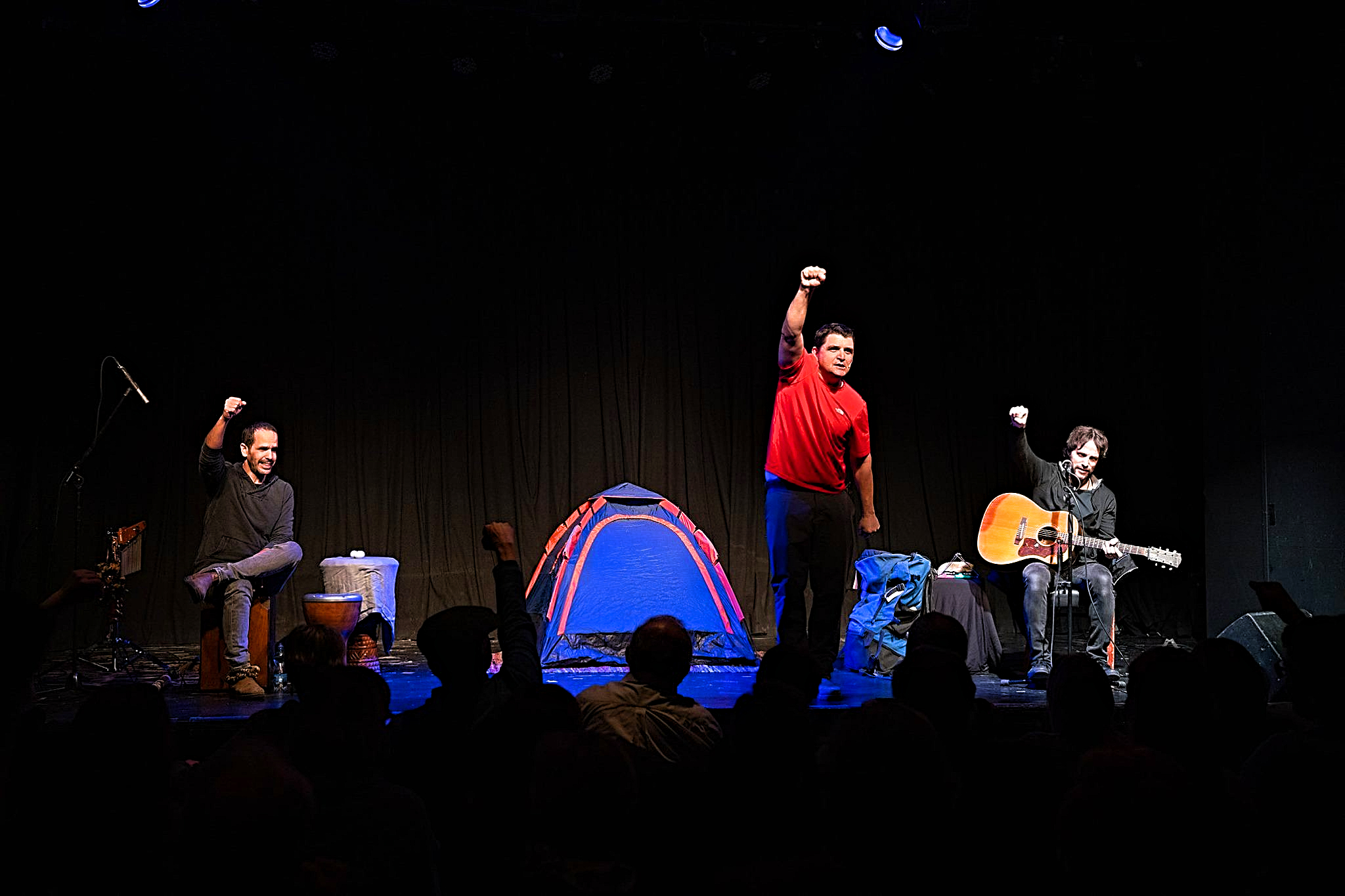