Top 15 Free Things to Do in Tel Aviv

Even if you are in Tel Aviv on a tight budget you can still see the sites and have a great time. Here’s a rundown of the top 15 free things to do in the beautiful city of Tel Aviv. 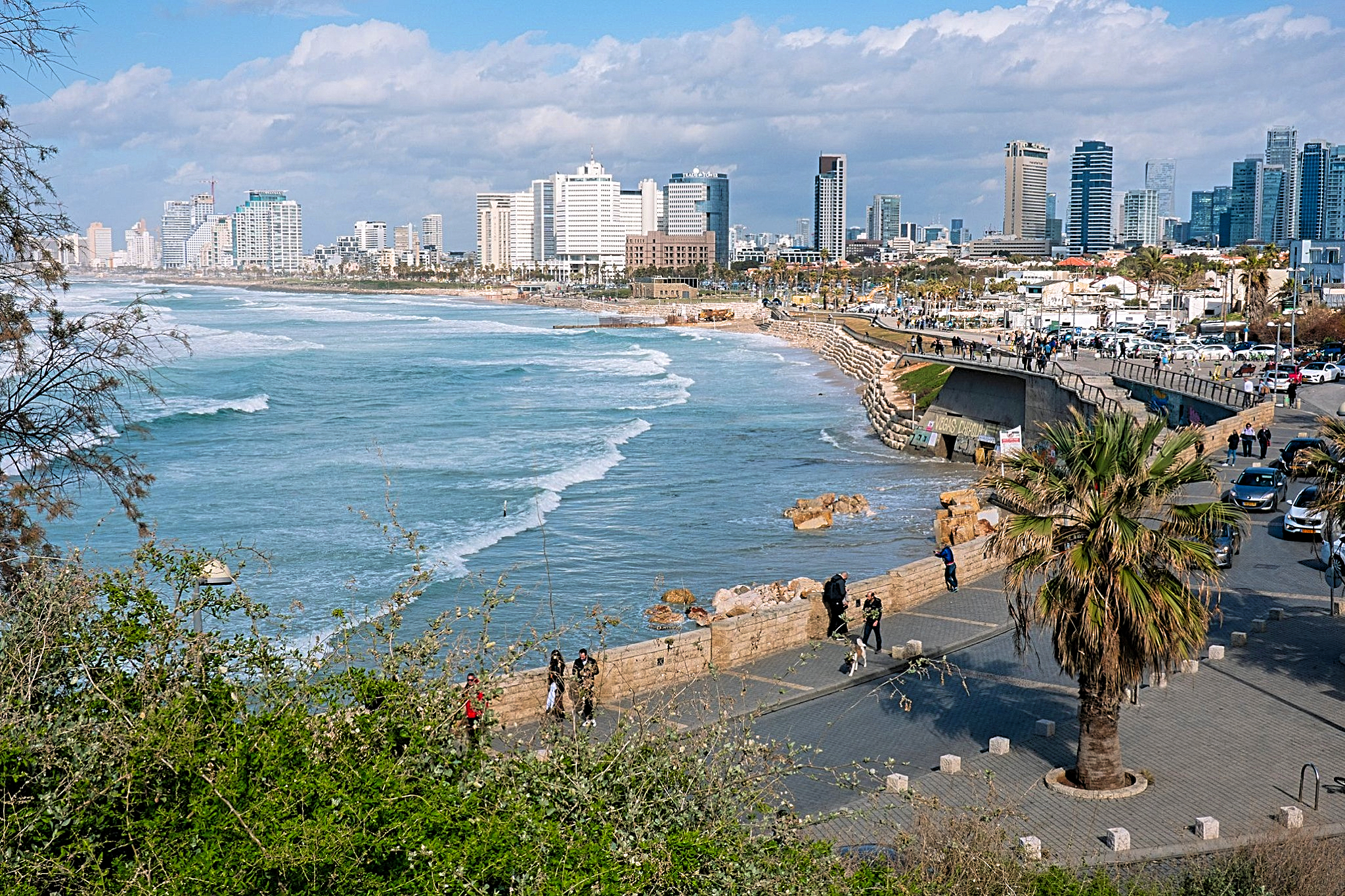 Tel Aviv has some magnificent beaches which run continuously from Tzuk Beach in the north to Alma Beach in the south. Each beach has its own character like the Separated Beach which has separate hours for male and female bathers; Atzmaut Beach which is popular with the gay community and Drummers Beach or Dolphinarium Beach where musicians jam each Friday at sundown. Beach season in Tel Aviv is April to October when lifeguards are on duty.
androm

Among Tel Aviv’s top markets there is the Carmel Market a lively outdoor market where fresh produce and other goods are sold. This market is colorful and exciting, not only that but it is in the heart of the city just off Allenby Street. Adjacent to Carmel Market is Nahalat Binyanim Street Market. This pedestrian walkway hosts an arts and crafts market on Tuesdays and Fridays.

There are often street performers at the market. Nahalat Binyamin is lined with great coffee shops where you can sit and enjoy the atmosphere. Levinsky Market is the least gentrified of the three markets. Here you’ll find streets veering off of Levinsky Street from the corner of HaAliya Street to HaMashbir Street. The streets are crowded with small hole-in-the-wall stalls selling fresh produce and everything including the kitchen sink. 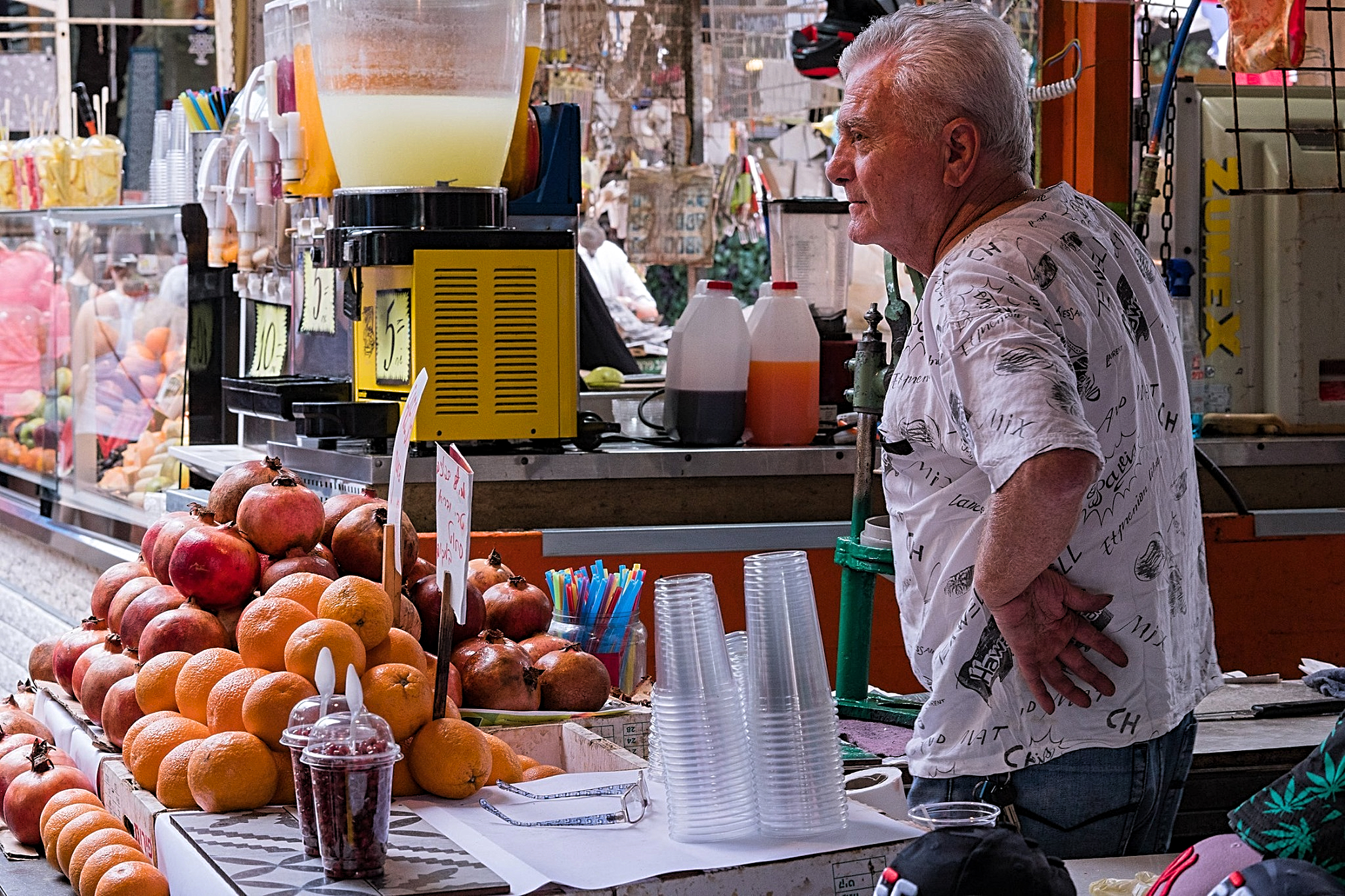 Tel Aviv municipality offers free walking tours in English on Saturdays at 11 am which meet at 46 Rothschild Boulevard. The tours take a look at the amazing Bauhaus architecture of the White City and introduce participants to a little of the history of Tel Aviv. There is also a tour of Old Jaffa which takes you through the Jaffa flea market and the Old City examining some of Jaffa’s archeological sites and ending up in the Hapisga Garden.

This tour meets on Wednesdays at 9:30 am at the Jaffa clock tower. You can also pick up a free map of self-guided walking tours from City Hall. On Mondays at 11 am there is a free tour of Tel Aviv University which gives an introduction to some of the campus’ innovative architecture and environmental sculptures. The university tour meets at the Dyonon bookstore at the campus entrance by the intersection of Haim Levanon and Einstein Streets.

You don’t need a professional tour guide to explore one of Tel Aviv’s oldest and perhaps most picturesque neighborhoods – Neve Tzedek. This neighborhood was the first Jewish neighborhood established outside of the ancient Port of Jaffa in 1887. Many of the beautiful historic buildings have been restored and now house boutique stores, quaint cafes, and restaurants giving it a small village within a city feel.

The neighborhood has some notable Bauhaus and Art Nouveau buildings. A few museums like the Nachum Gutman Museum; art galleries and the Suzanne Dellal Center for Dance are all in this neighborhood.  At the southern end of Neve Tzedek is HaTachana, a restored historic train station that has been converted into a shopping and entertainment compound. 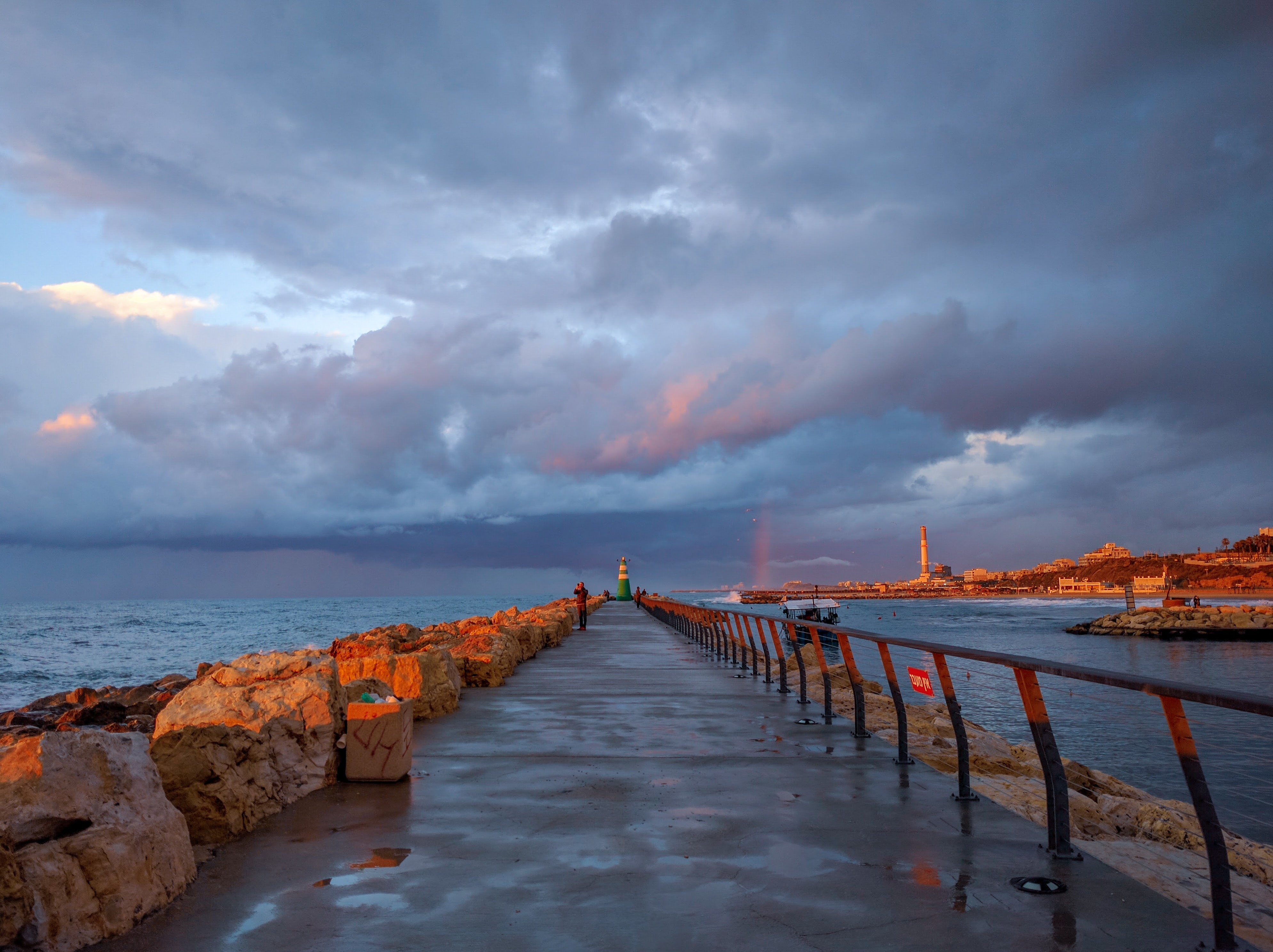 The old Tel Aviv Port has been given a make-over and has become a primary entertainment and retail hub for locals and visitors. The port has an expansive boardwalk covering 14,000m² and is lined with interesting restaurants, playgrounds, a carousel, an organic produce market, and fashion stores. When the sun goes down the port becomes the city’s hot nightlife spot. The port is often the site of special events and street performers.

6. Ben Gurion House
This is one of the city’s smallest museums and is often overlooked by visitors. Ben Gurion House is the former residence of Israel’s first Prime Minister, David Ben Gurion at 17 Ben Gurion Boulevard. Visitors to the museum can walk through the Ben Gurion library; see the living quarters and the study where the prime minister worked. There is a free guided tour of the house where you can learn about the house’s history and the life of Ben Gurion.

Sarona is a former German Templer colony established in 1817 in what is now one of Tel Aviv’s busiest neighborhoods near the Azrieli towers. The Templers were a German Protestant sect which aimed to realize the apocalyptic vision of the prophets in the Holy Land. They established Sarona as an agricultural settlement and at its peak, there were 41 homes, a winery, workshops, a communal hall, and barns.

In 1941 the British deported the residents of Sarona who were believed to be Nazi supporters. Today this compound of buildings has been restored and turned into a shopping and entertainment complex. The former Templer homes are now house restaurants, cafes, and boutique stores. The open spaces between the houses are beautiful plazas where you can relax and enjoy people watching special events and street performers. 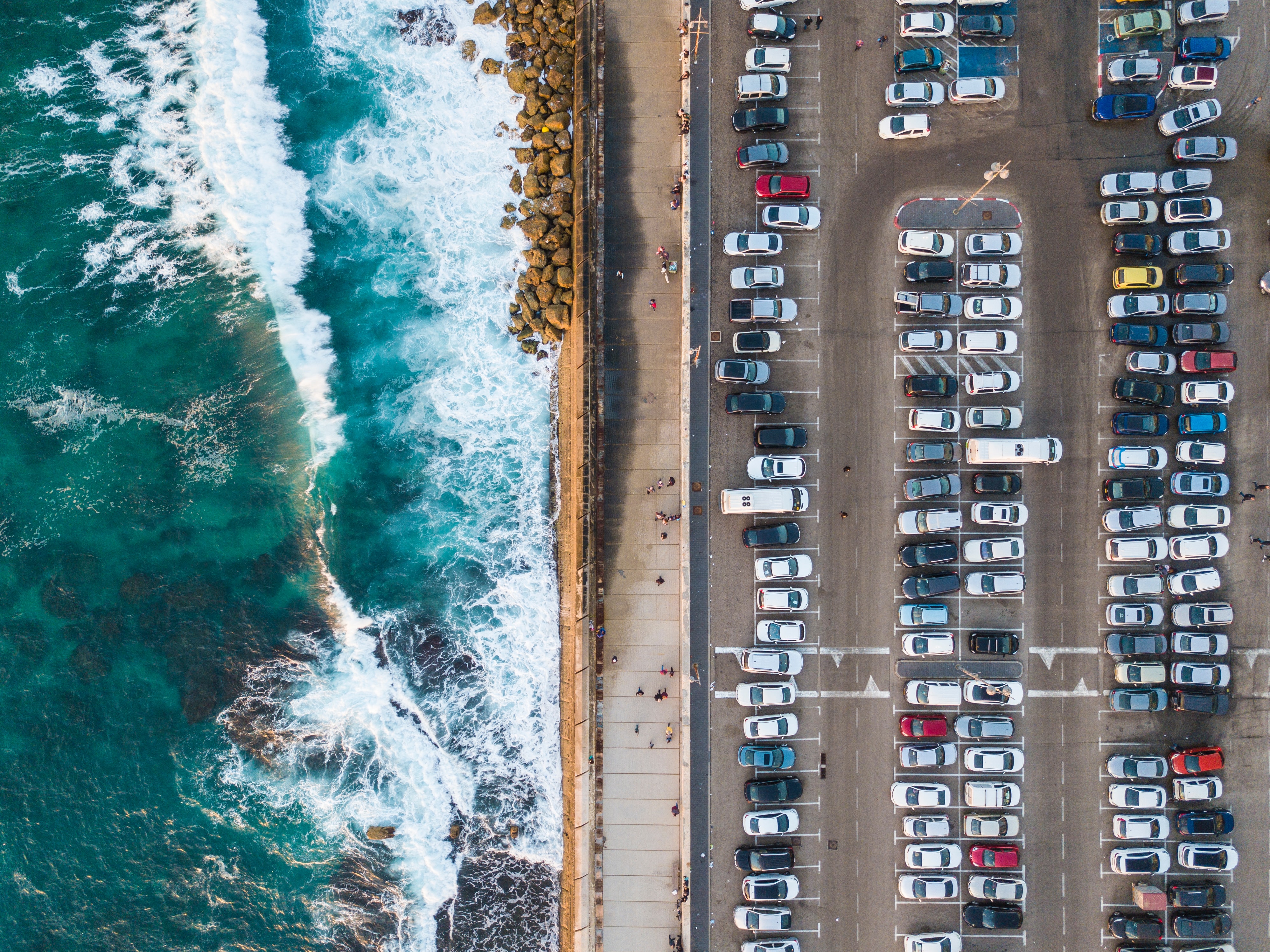 At the northern end of Tel Aviv is this urban oasis; an expansive green Yarkon park with the Yarkon River meandering through the lawns towards the sea. The park is home to many attractions including climbing walls, paddle boat rental, playgrounds, basketball courts, bicycle rental, and if you continue north you can even reach the safari park in Ramat Gan. So even if you are looking for free things to do in Tel Aviv you can relax on the lawns and enjoy the pleasant surroundings and river views.

At the southern end of Tel Aviv along the coast is the old port city of Jaffa which is associated with the biblical story of Jonah, Saint Peter, and mythical tales of Andromeda and Perseus. As far back as the Middle Ages, the port was a gateway to the Holy Land, and many travelers, armies, and merchants landed here including Napoleon. Today you can wander along the narrow cobbled lanes between stone buildings leading down to the water and the old port.

There are many art galleries, cafes, and restaurants as well as historic sites and museums in Jaffa. Among the sites to see, there is the Libyan Synagogue, St. Peter’s Church, the Zodiac Fountain, the home of Simon the Tanner, the Mahmudiyah Mosque, the Wishing Bridge, Andromeda’s Rock, the Sea Mosque, and the Ilana Goor Museum.

Don’t be surprised if you are taking a stroll through Tel Aviv on a regular Tuesday night when a huge group of people on rollerblades whiz by. Each Tuesday skaters meet at Habima Square at 10 pm and the group begins rolling through the city. They roll through the city showing off their skating skills and having fun. Everyone is welcome to join in so get your skates on! 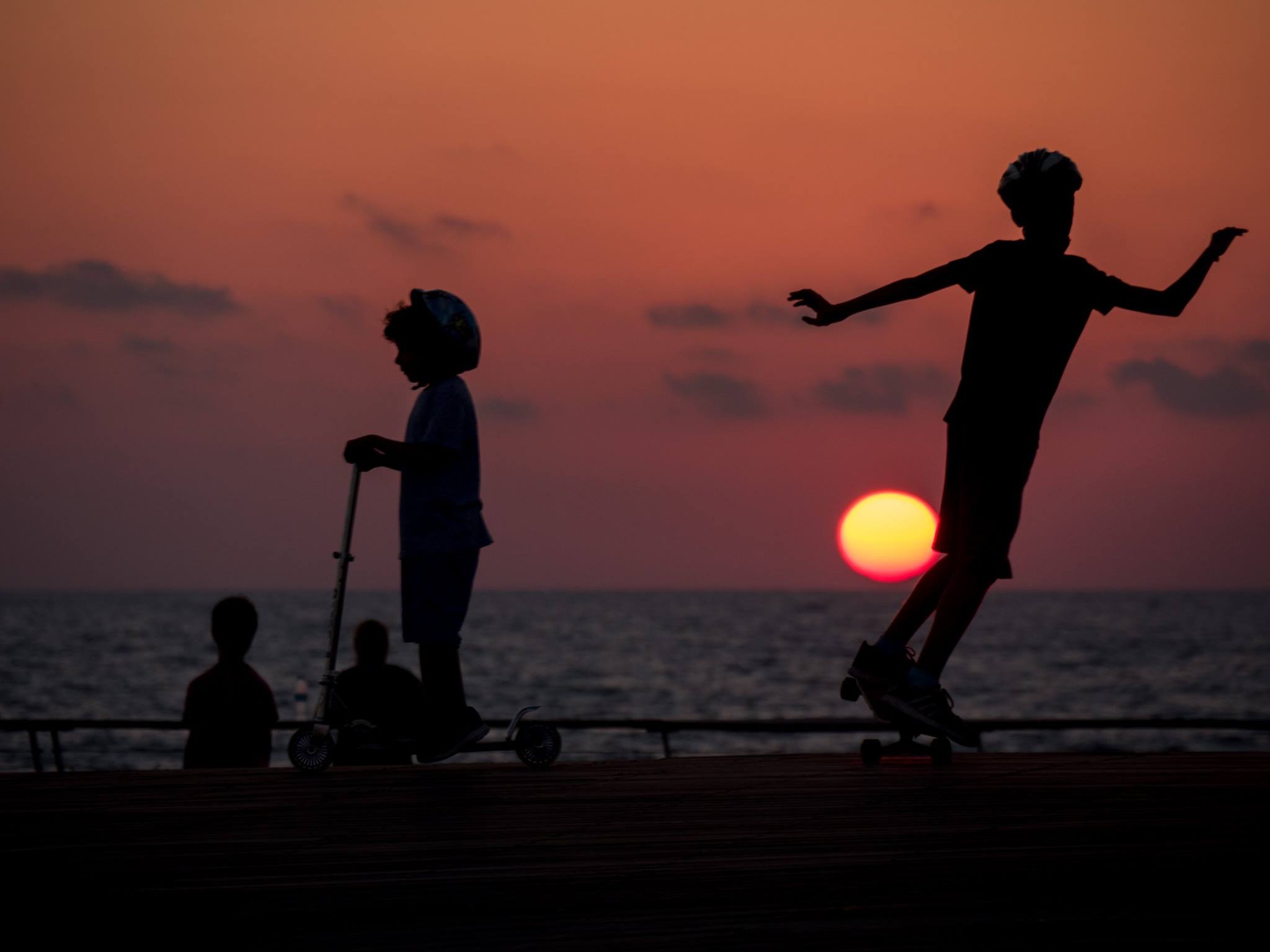 Explore the 34,000m² of the university botanical gardens where there are rare and endangered species of plants from around the globe. There are 3800 plant species from Israel and around the world growing in the campus botanical gardens. The gardens are arranged in ecological groups and themed gardens.

Sections in the gardens include the ecological garden of Israeli plants and Mediterranean woodlands; tropical plants from the rainforests; plants utilized by humans; medicinal plants; cacti; poisonous plants; a Palm House; succulent plants and root trees in the Sarah Racine Root Laboratory. The gardens are used by university students for research in ecological and botanical studies and visitors are welcomed for free.

In modern Tel Aviv history, this is one of the most significant sites of the city. Back in 1995, this public square that faces the Tel Aviv Municipality building was called Kings of Israel Square. The tragic events of November 4th, 1995 led to the renaming of the square in honor of Yitzhak Rabin, former Israeli political icon and Prime Minister. It was here on that fateful night during a peace rally that Rabin was assassinated while returning to his car.

You can see the exact spot where the assassination took place and the memorial which now marks this location in the northeastern corner of the square. There is also a section of wall covered in graffiti which was drawn by mourners who came to pay their respects in the days following the assassination. In addition, there is a memorial sculpture commemorating the Holocaust at the south end of the square, pleasant trees, and an ecological pool in the square. Rabin Square is often used for concerts, special events, and rallies. 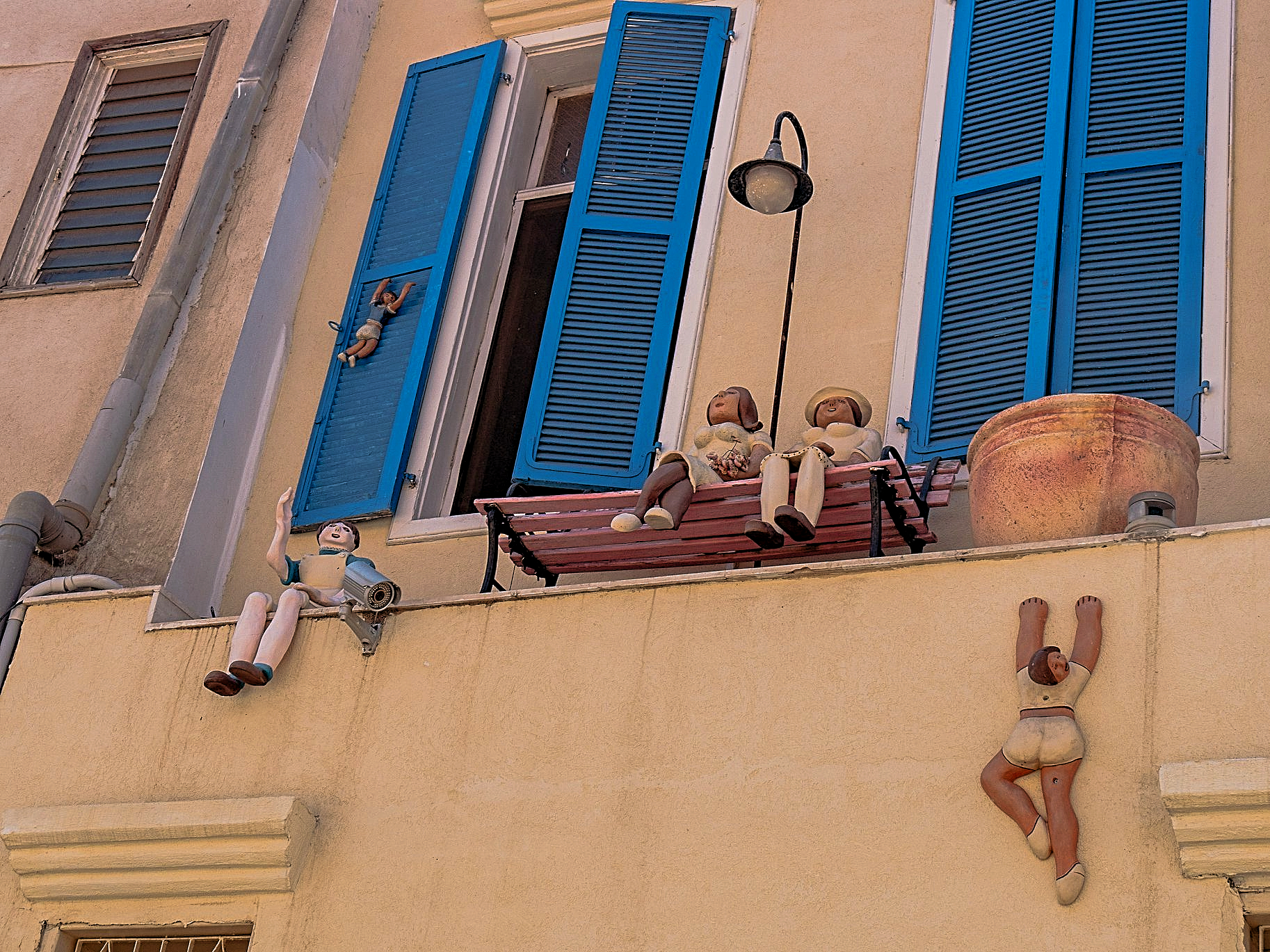 At 5 Tchernichovsky Street is a store/ archive of historic photographs documenting the early days of Israel. The collection includes posters, postcards, and photographs. The store is legendary; it is still run by the Weissenstein family which established the shop in 1936. It is the city’s oldest photoshop and it is more like a museum than a store. In addition to the displayed photos which are on sale, there are regular exhibitions. The private archive of photographs has won several awards and has been exhibited across the globe.

All of the photos in the archives were taken by Rudi Weissenstein and all of the prints and souvenirs featuring photographs are taken from the negatives of Weissenstein’s collection. Weissenstein photographed the first performance of the Palestine Symphony Orchestra in 1936; Weissenstein was the only official photographer to document the signing of the Declaration of Independence of the State of Israel in 1948; Weissenstein’s image was featured on an Israeli banknote in 1958 and he won first prize at the International Photography Exhibition in Moscow in 1961. 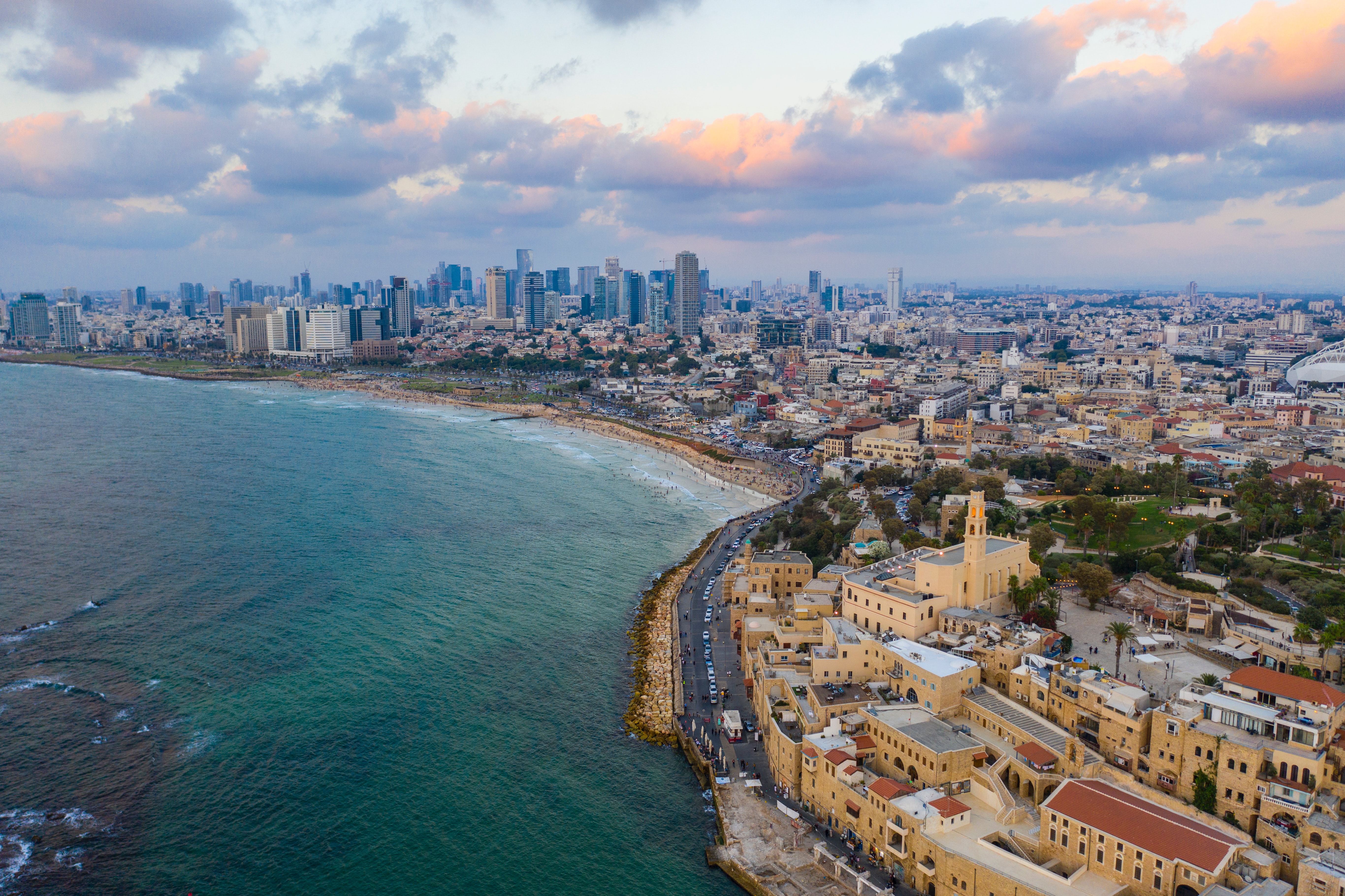 Along the way you will see JOJO Gallery with unique utilitarian and decorative art; Engel Gallery; Gordon Gallery and then on Gordon Street there is the Stern Gallery and Givon Gallery. Along the way and in the adjacent side streets you will discover other fascinating galleries. If you continue on Ben Yehuda Street you will reach Frishman Street where there are even more galleries. 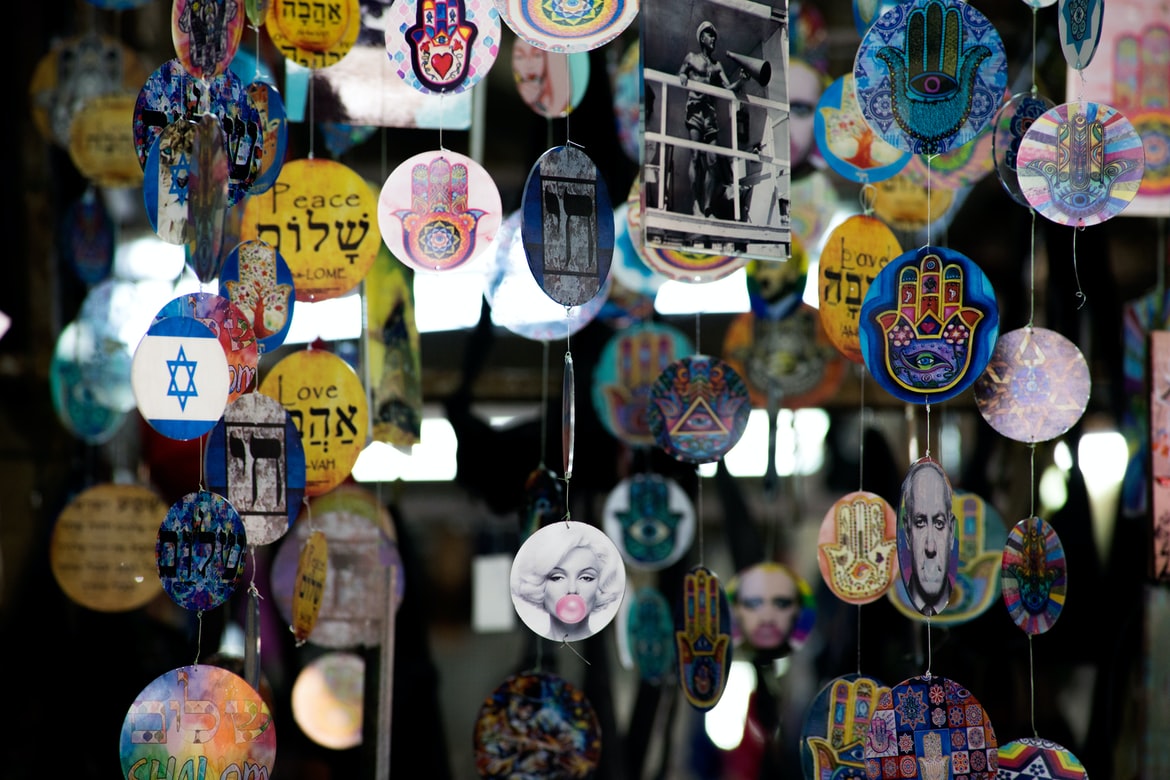