Events in August 2022 in Israel

Well, summer is back with a vengeance and whether you love or hate the hot weather, the fact is that unless you’re going to hide away in the air conditioning, you’ll be looking for things to do in Israel. And in this respect, you won’t be disappointed because, post-Covid, there’s plenty going on in the country, whether you’re looking for music in Israel, art, performances, or just chill-out time.

August 2022 in Israel promises to be busy - Ben Gurion Airport is seeing thousands of tourists arriving every day, heading for the miles of white sandy beaches, the Old City of Jerusalem, the lush green hills of the north as well as the ever-popular Petra excursion in Jordan.

We’ve put together a few ideas for things you can do this summer, whether you’re having a chillout vacation in Tel Aviv, exploring the beauty of the Galilee and Golan, or star gazing whilst camping at the breathtaking crater in Mitzpe Ramon. Enjoy yourself!

Shlomo Artzi in concert - 5th August, Charles Bronfman Auditorium. Shlomo Artzi is, for sure, up there with some of Israel's greatest singers. He’s been around for a long time now - close to five decades - but still packs out auditoriums and outdoor theater in Caesarea with his timeless songs. This summer he’s performing in Tel Aviv on 5th August at the Charles Bronfman Auditorium, close to Rothschild Boulevard.

If you manage to snap up a ticket you’re in for a special time because he never fails to charm audiences with his music and lyrics. And if you can’t pick up a ticket, don’t worry - he’s performing the following week in Kiryat Motzkin, north of Haifa, so you can take a weekend break, see the Maestro and enjoy Mount Carmel too. 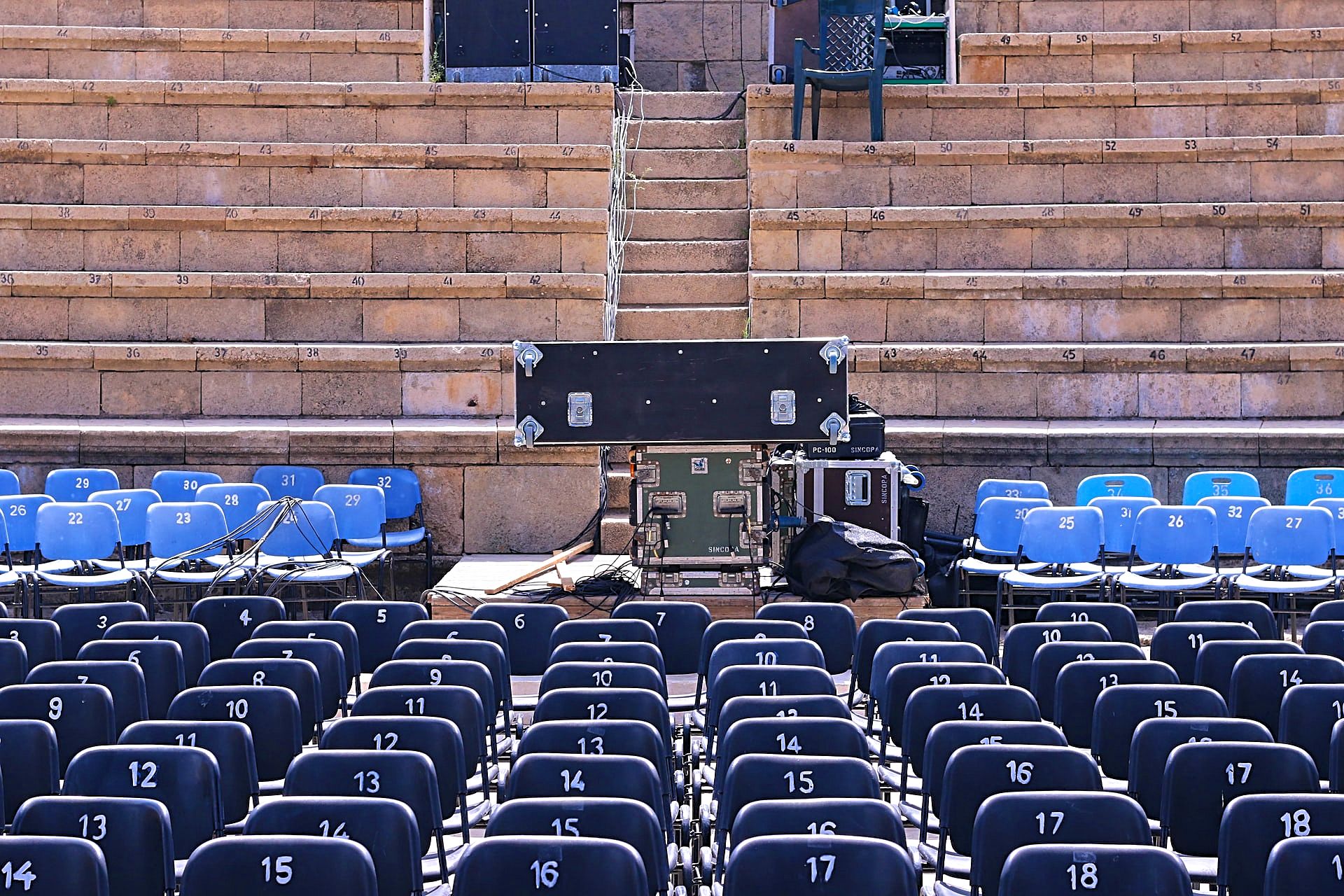 Tuesday Blues - every Tuesday at 6 pm, Jaffa Flea Market - There’s no better place to spend a summer’s evening than in Jaffa, the beautiful - and ancient - city which you can walk to easily from the center of Tel Aviv. As well as the promenade, port and Artists Quarter, a tour of the Jaffa flea market is a must.

And every Tuesday night in August, at 6 pm, there are free blues performances in the market area, which is also full of cafes, bars, and small boutiques - a great place to mingle with old friends and new, enjoy a cold beer or a fresh juice and generally kick back.

Events in August 2022 in Jerusalem

This is a great family event and one that both kids and adults can enjoy. Whether you’re at ‘A Dot of Light’ (telling the story of braille), ‘The Hungry Sandwich’ (which incorporates elements of clowning into the performance), or ‘Puppet Jam’ which is a kind of edgy cabaret event, you’re going to come away with a warm, fuzzy feeling. 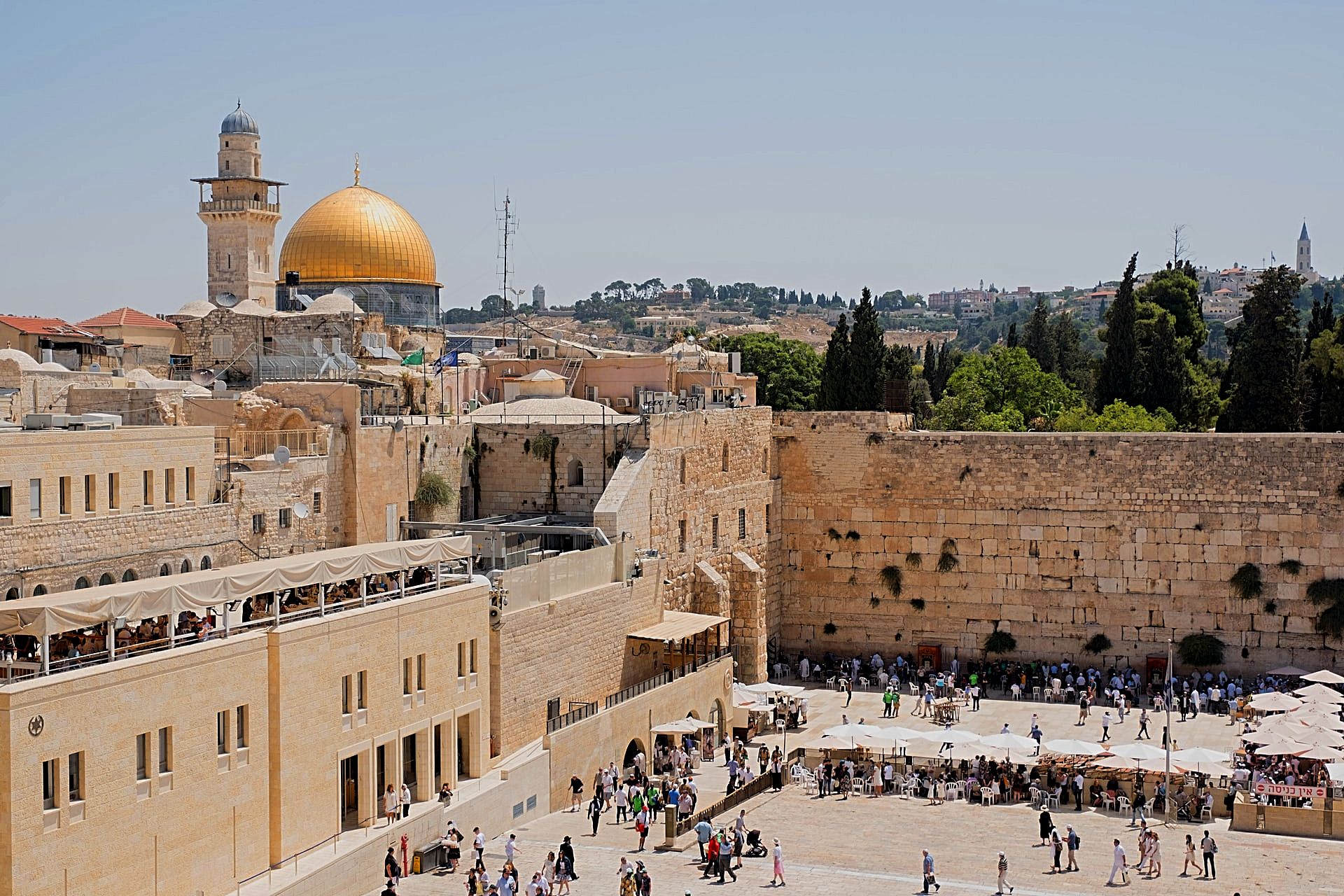 View of the Western Wall and Dome of the Rock, Jerusalem. Photo by Anton Mislawsky on Unsplash

Hutzot Hayotzer Fair - 15th to 27th August - Unlike the coastal plain of Israel, Jerusalem (which is high in the hills) gets a delicious breeze on summer nights, which makes it a delightful place to wander when the sun goes down. So why not head over to one of Jerusalem’s most beloved venues, the Sultan’s Pool, between the 15th and 27th of August and enjoy their annual arts and crafts fair.

There, you’ll find all kinds of creations for sale (indeed, Hutzot Hayotzer, translated from Hebrew to English, actually means ‘The Creator Steps Out’). Enjoy nightly musical performances, have a glass of wine, and breathe in some fresh Jerusalem air as you stand at the foot of the two-thousand-year-old city. It really doesn’t get much better than this.

Events in August 2022 in Haifa

Northern Wind - Israeli Art from the Museum Collection, Haifa Museum of Art - A northern wind is blowing through the collection of Haifa’s Museum of Art this August, where you can check out a number of works based in Israel’s biggest city in the north of the country, as well as the surrounding areas around the Carmel area.

Haifa has a unique identity - as a port city, many immigrants arrived by ship, before and after the creation of the State of Israel. Historically, it’s also a city steeped in activism - it has a long history of supporting workers' rights and is also very mixed, a place where Jews and Arabs live and work side by side. 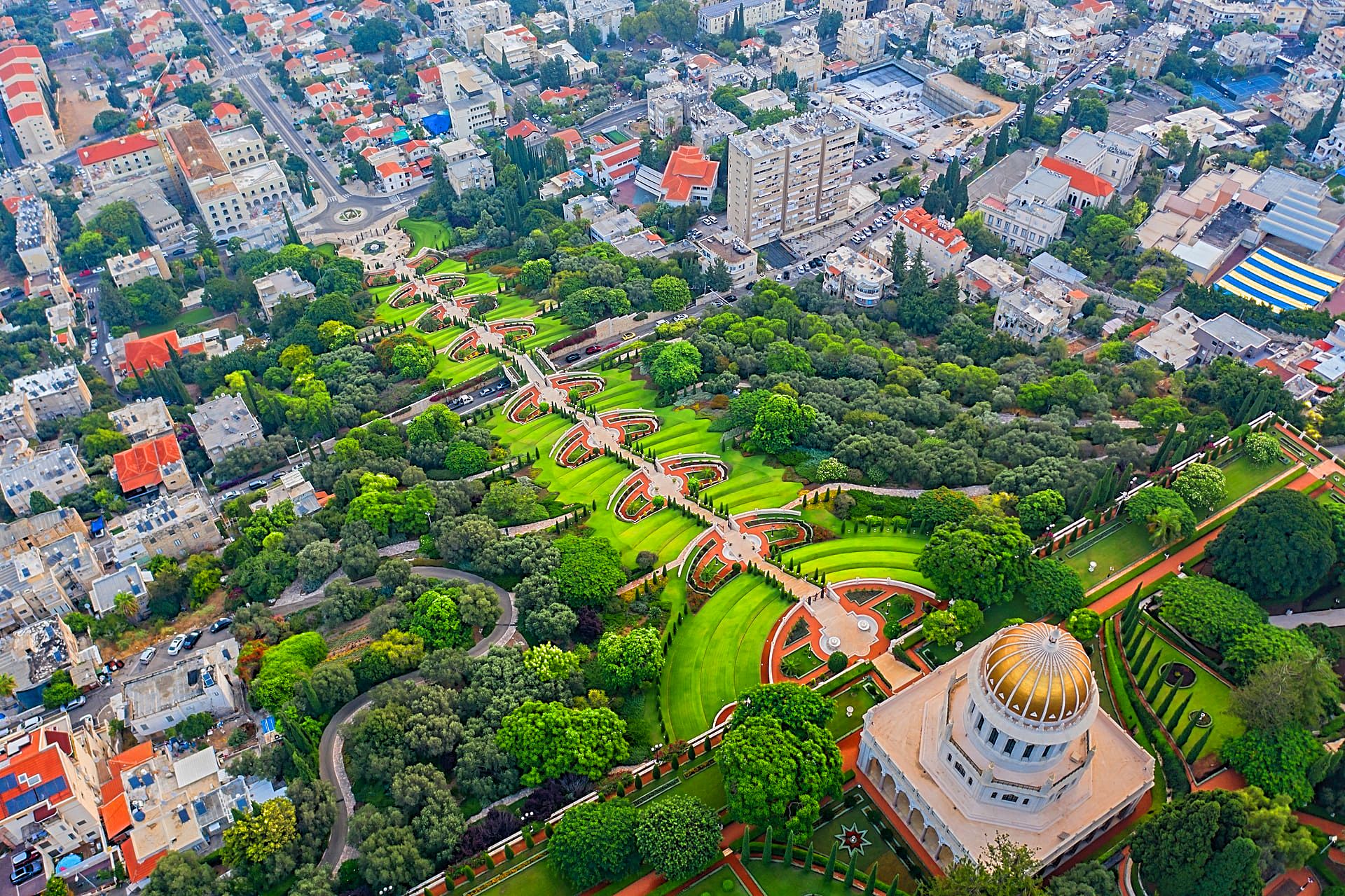 The Baha'i World Centre in Haifa, Israel. Photo by Shai Pal on Unsplash

Events in August 2022 in Galilee

Safed Klezmer Festival - 9th to 11th August 2022 - The Safed Klezmer Festival is back - and it’s a fantastic opportunity to hear young musicians from around the world play this very unique kind of Jewish music, which began in the shtetls of Eastern Europe and was often played at weddings or joyous Jewish holidays such as Purim and Simchat Torah.

Klezmer has really made a comeback in the last decade and in the beautiful and mystical town of Safed in the Upper Galilee, between Tuesday 9th and Thursday 11th August over 90 bands will be performing in the narrow streets and alleyways. Head north and discover your inner joyfulness!

Events in August 2022 in the Negev Desert

Mitzpe Ramon Film Festival - 23rd to 26th August. Mitzpe Ramon might be a small town in the Negev, but it’s home to a mighty fine crater Makhtesh Ramon, which affords splendid hiking and rappelling opportunities, as well as nights spent under starry skies. This desert center is also attracting more and more young creative Israelis, who’ve moved there to be part of a small but vibrant community.

As a result, their annual film festival is now in its third year and taking place between 23rd and 26th August. Take a trip down to the desert, reconnect with the elements and enjoy some of the screenings on offer…

And if you’re looking for something particular, feel free to contact us by email or telephone - here at Bein Harim we’ve been in business for over 30 years and offer organized tours, day trips, and private tours customized to your needs. 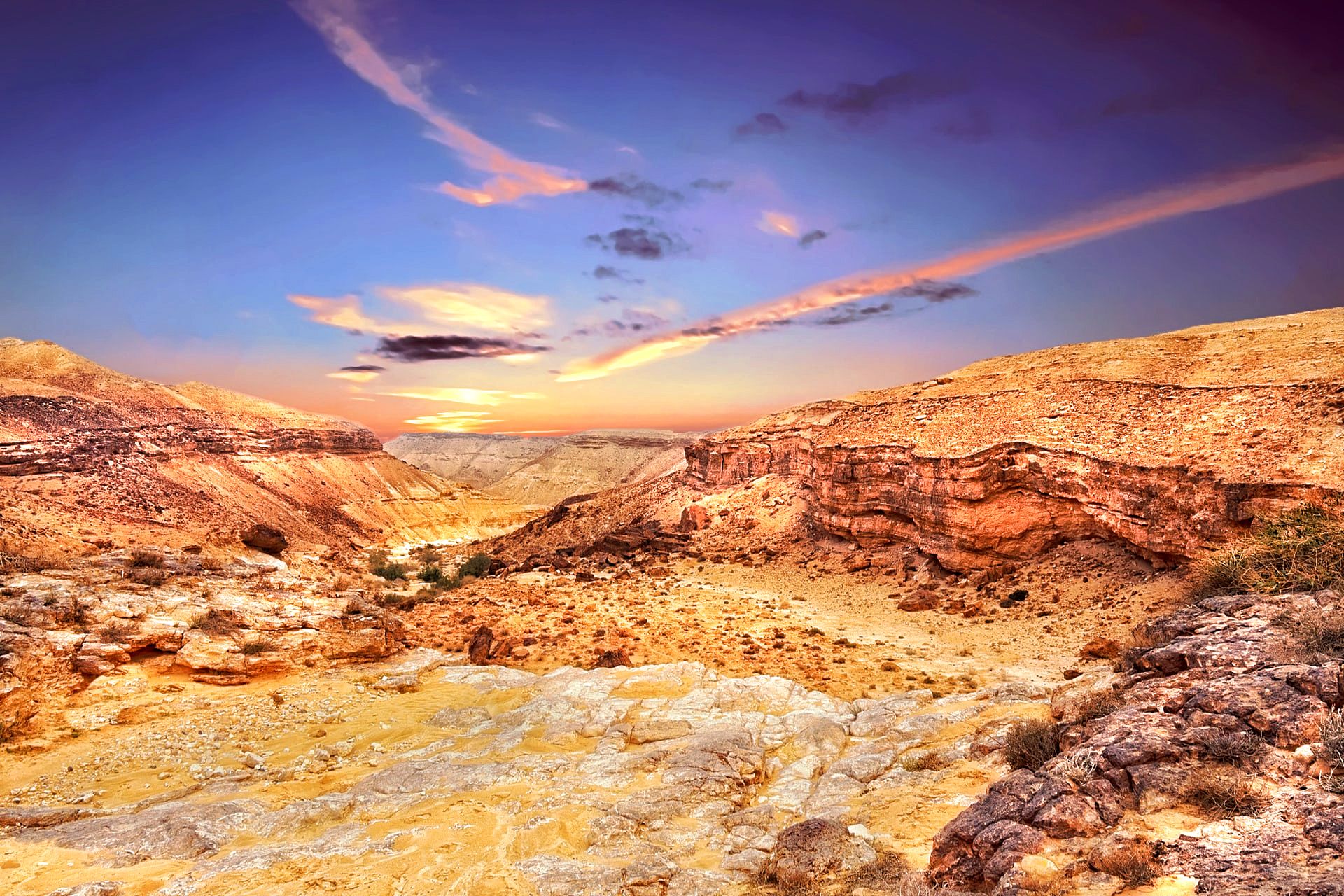 A sunset over Ein Yorkeam Wadi. The Negev Desert, Israel. Photo by Avi Theret on Unsplash