The Judean Desert lies in between the Judean Mountains and the Dead Sea in Southeastern Israel and is sometimes referred to as the Judean Wilderness. The desert is about 85km long and 25km wide stretching from just below Jerusalem at about 1,000m above sea level past the Dead Sea at about 421m below sea level. The desert holds a wealth of incredible natural wonders; diverse, dramatic landscapes, a rich history and ancient landmarks. 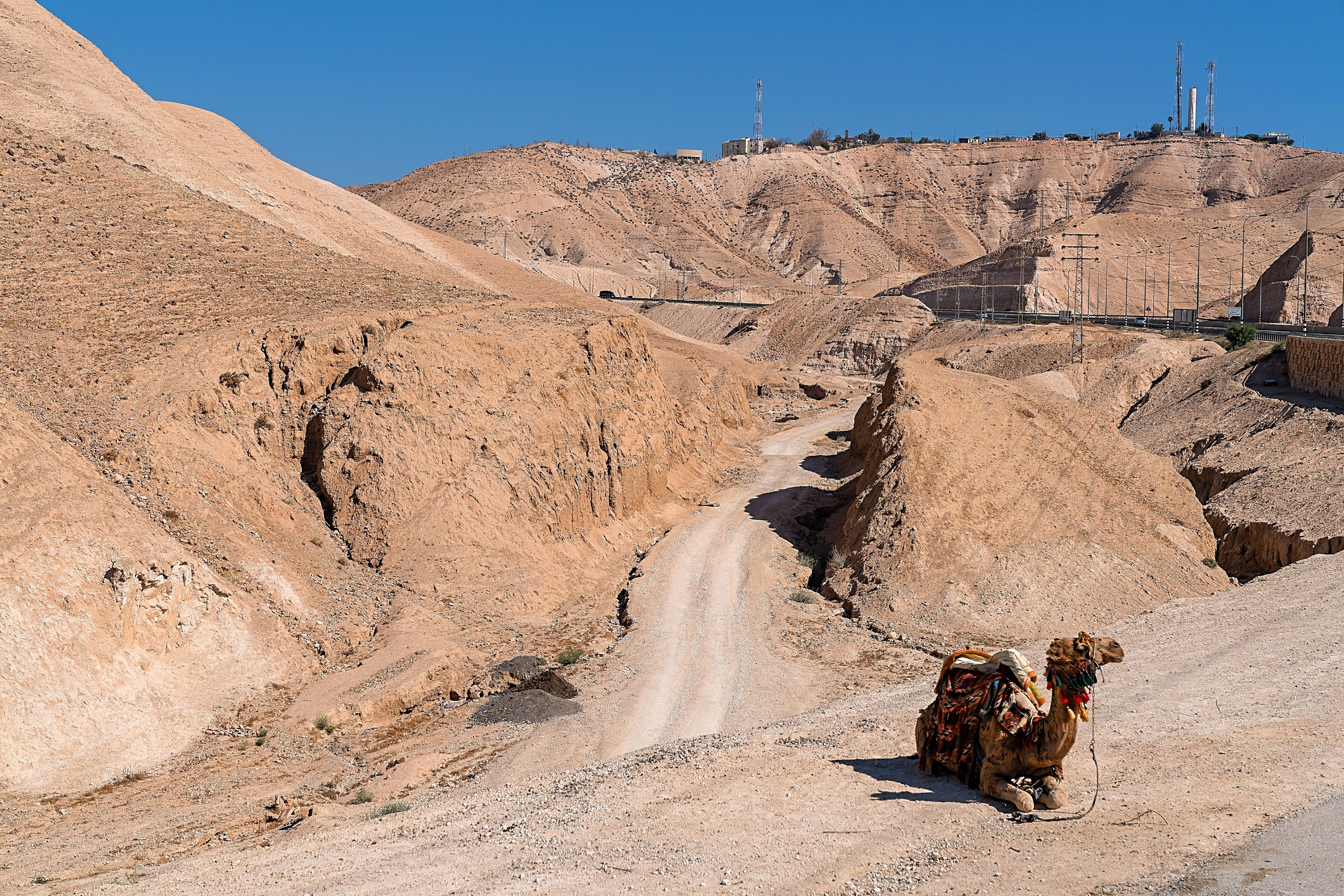 The Judean Desert landscape has dry river beds (wadis), canyons, rocky mountains, and barren plains as well as many waterfalls and streams that create a stunning green oasis. Much of the Judean Desert is in the Palestinian territories of Judea and along the western shore of the Dead Sea.

As driving off-road into the desert by yourself is not advisable the best way to discover the Judean Desert is to take a desert jeep safari. You can join a Judean Desert Jeep Tour from Tel Aviv and Jerusalem so that you don’t even have to find your own way to the desert. The tour starts when you are picked up in Jerusalem or Tel Aviv and drive south descending below sea level to the Dead Sea region.

At this point, you change to an off-road vehicle and enter the desert. The safari takes you by jeep across rocky hills, through dry river beds (wadis), and stops at various points of interest like the Murbaat Caves and Cliffs of Dragot. Jeep safari tours into the Judean Desert are led by experts who can tell you all about the desert flora and fauna. Tours return to the Dead Sea where you can cool off before making the return journey to Tel Aviv or Jerusalem. 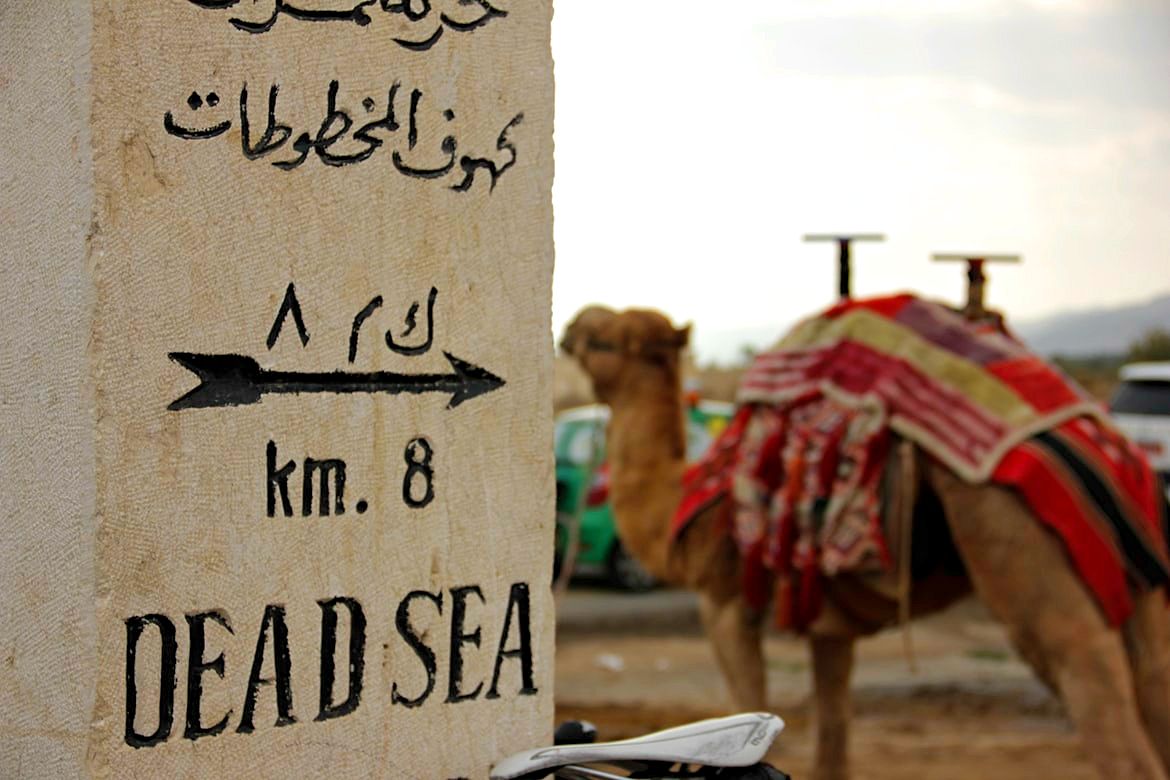 Hiking, Sports, and Activities in the Judean Desert

Highlights of the Judean Desert

St. George’s Monastery – This beautiful Greek Orthodox monastery in Wadi Qelt clings to vertical cliffs and is reached by a pedestrian bridge across the valley. Originally built in the Byzantine era and rebuilt in the 12th century the site is associated with Elijah and other biblical protagonists.

Qumran – Qumran lies on the shore of the Dead Sea and is the closest community to the caves where the Dead Sea Scrolls were found in 1947. Visitors can see the caves and also the excavation site of ancient remains dating back to the Hellenistic Period (134-104BC) when a community of Essenes Jews lived here isolated from the rest of society and devoted themselves to biblical study. 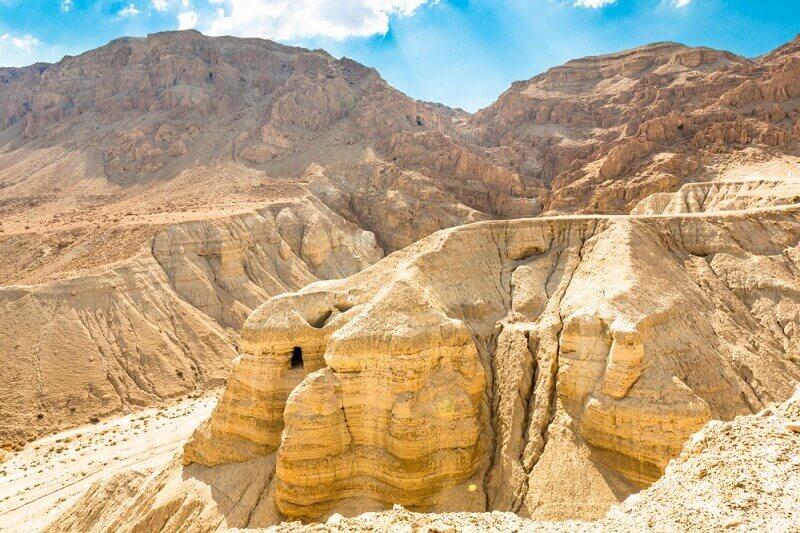 Caves of Murbaat – These historic caves have interesting square entrances and once held ancient treasures left by Jews who hid here during the Bar Kochba Revolt against the Romans in 132AD. Today the caves are still of interest but the findings are now on display in the Israel Museum.

Metsuke Dragot  – Situated on the northern shore of the Dead Sea, Metsuke Dragot or the Dragot Cliffs offer a breathtaking view across Murabat Wadi and the Dead Sea. An eco-friendly community is located on the cliffs and offers accommodation and hospitality for visitors.

Ein Gedi – Ein Gedi is a kibbutz (with a hotel) as well as a natural desert oasis on the edge of the Dead Sea. Here you can follow paths to picturesque waterfalls and alongside streams flanked by lush vegetation.

Arad – Arad is a modern city lying between the Negev and Judean Deserts. Arad attractions include a market and Tel Arad, an archaeological site where ancient Arad once stood. 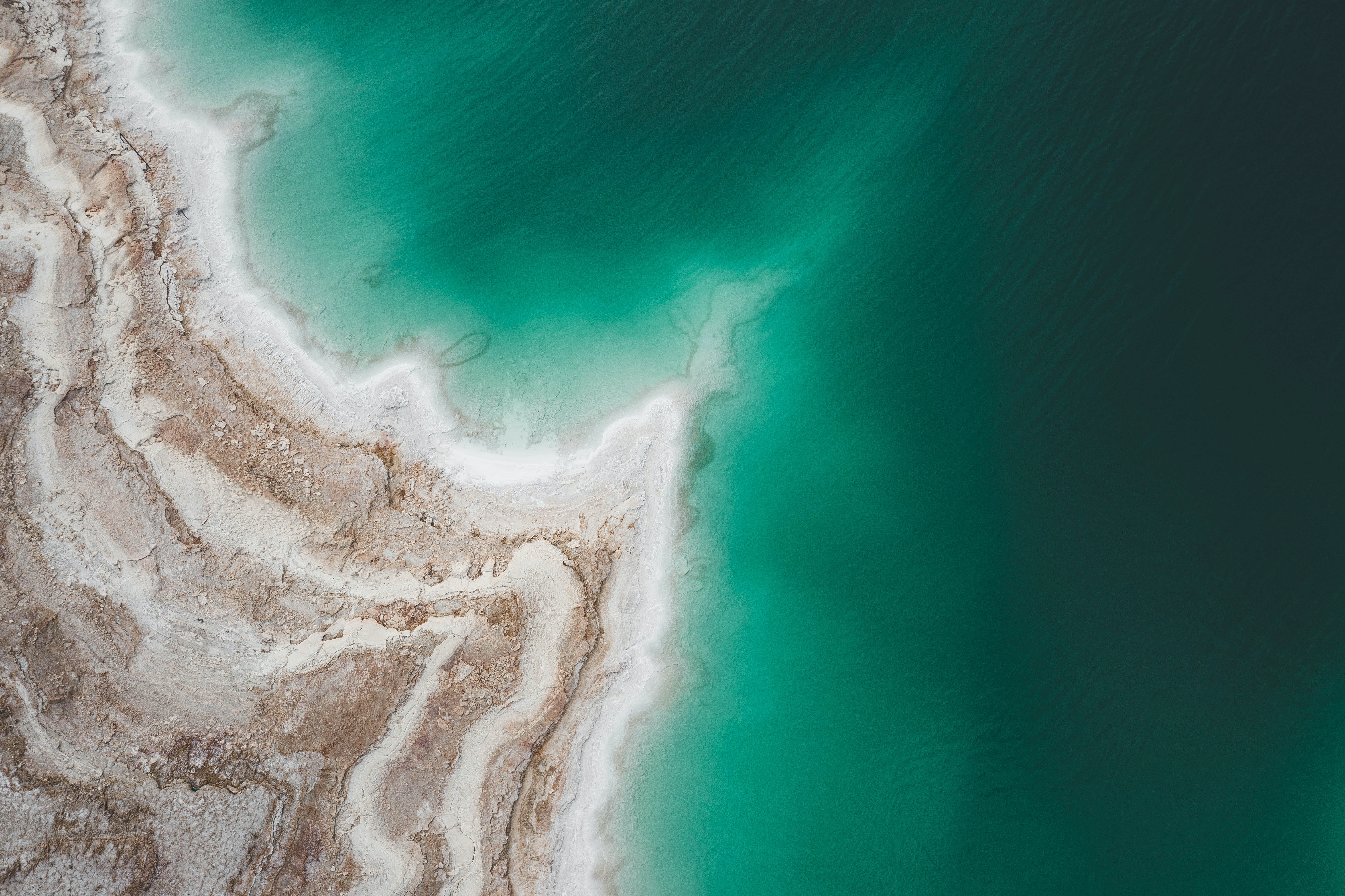 Jericho – A biblical city considered to be one of the oldest in the world. Tours to Jericho stop at biblical sites like the Zacchaeus sycamore tree and at the archeological site of Tel Jericho.

Ma’ale Adumim – This quiet Israeli West Bank city is home to hidden lush natural springs and the ruins of the Byzantine Monastery of Martyrius.

Masada – This massive mesa, or rock outcrop has a flat plateau summit where you can tour the remains of Herod’s ancient fortress. There is a cable car that takes visitors to the top and the ruins are well preserved. There is also a visitor’s center and food court at the base of Masada. As this is a hard location to reach many travelers opt to take an organized tour to Masada that includes a stop at the Dead Sea.

The Dead Sea – The number one attraction in the region is the sea at the lowest point on Earth. There are beaches along the shore of the hyper-saline Dead Sea (some free and others with an entrance fee) where you can soak up the sun and float in the mineral-rich water which has proven health and beauty benefits. 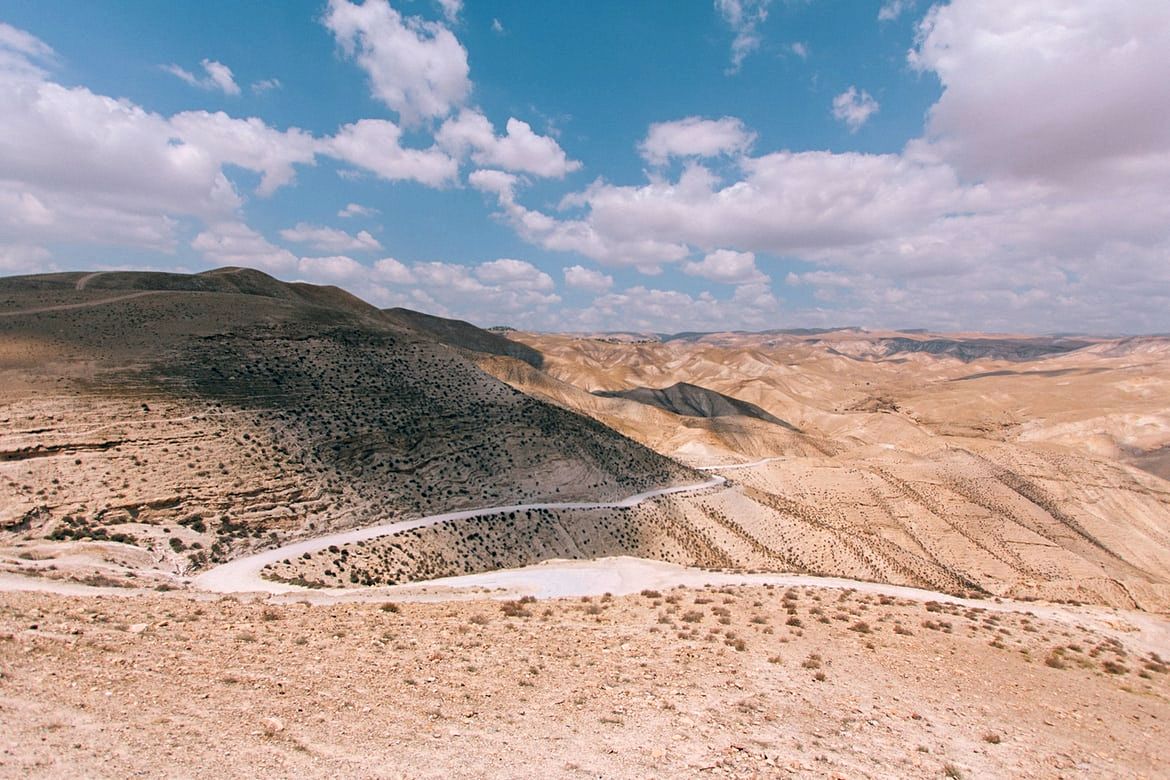 Winding road in the Judean Desert. Photo by Robert Bye on Unsplash