The beautiful St. John the Baptist Church stands on a hilltop overlooking Madaba. The church was dedicated to St. John to mark the place where he is believed to have been beheaded.

Madaba was first mentioned in the Bible when it was conquered by the Israelites along with the rest of Moab. The Bible mentions that the town was inhabited about 4,500 years ago and it is referred to as the Moabite town of Madaba. It features prominently in the Old Testament stories of Moses and the exodus.

In the 1960s a girl’s school and nursery school were built alongside the church and in the 1990s a boy’s school and kindergarten were added. A library and other schools were added nearby in the early 2000s.

This magnificent structure was built in 1913 and since then has been used as an active place of worship. In 1967 the Vatican recognized the church as belonging to the Patriarchate of Jerusalem and as a shrine for St. John the Baptist. Since getting recognized by the Pope, the church has become increasingly popular as a pilgrimage destination.

What to See and Do at the Church of Saint John, Madaba

The church was built in a classic Roman basilica style with traditional columns topped with Corinthian capitals and connected by arches.

It has a free-standing bell tower in the church courtyard, and if you’re lucky you’ll visit when the tower’s three bells are rung. If you want stunning views across the surrounding landscape as far as the Dead Sea, go to the top of the church bell tower. But be prepared for a steep metal ladder up to the belfry where there is not much room to maneuver around the bells.

As you enter the church you can’t miss the mosaic above the doorway that depicts John’s severed head. The entrance is adorned with semiprecious stones. Also, see the western windows where stained glass is used to illustrate scenes from St. John’s life.

Go beneath the church where there is the small Acropolis Museum and a 3000-year-old Moabite well that is still operational. The museum holds a replica of St. John’s severed head! 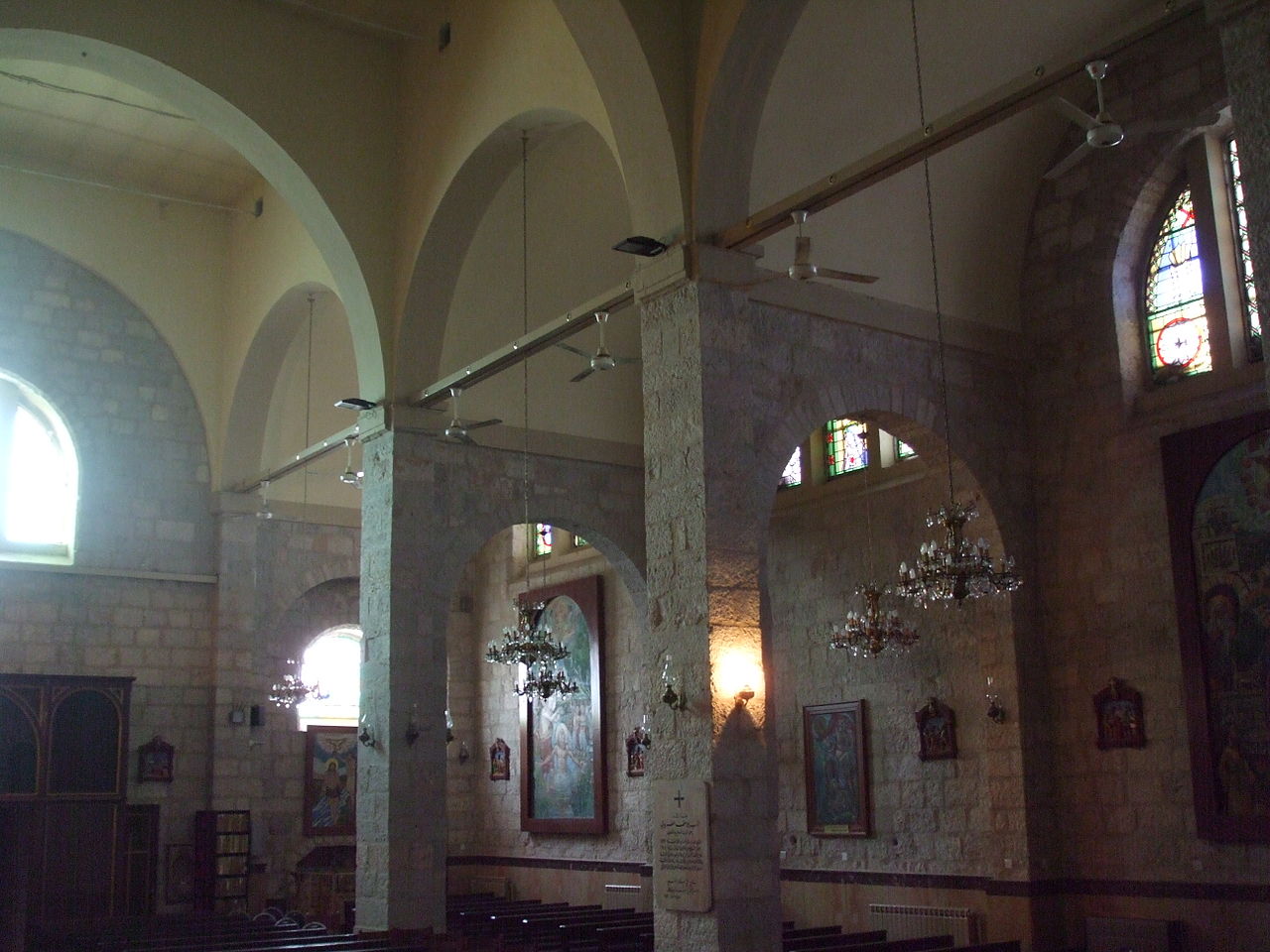