Nazareth, in northern Israel has one of the country’s largest Christian communities; it was the Holy Family’s Biblical home town where Jesus spent about 25 years of his life. The modern city has about 30 Christian places of worship several built over holy sites marking where Biblical events took place.

Church of the Annunciation

Perhaps Nazareth’s most famous church, this basilica stands on the spot believed by the Roman Catholic Church to be where the Angel Gabriel appeared before Mary and told her she would have a son who would be the son of G-d. The Greek Orthodox and Coptic Church have alternative annunciation sites in Nazareth. The church that stands today was constructed in 1969 over Byzantine and Crusader churches which were also constructed to commemorate the site of this holy event. The church has two levels the lower level is an excavated Roman-era dwelling or grotto believed to have been Mary’s childhood home. The remains of the earlier Byzantine church and Crusader church can be seen in the grotto. The grotto has a 5th century floor mosaic and holds an 18th century altar next to two 4th century columns. There are stairs leading to a small cave called Mary’s kitchen, from there an exit leads to the courtyard. The upper level serves as the parish church. The Upper Church has a 51.8 meter high cupola which lets in natural light. In the church courtyard there are 43 mosaics depicting Mary and child, each mosaic comes from a Christian community in a different nation around the world. Each figure of Mary is depicted with the physical characteristics and traditional dress as the country the mosaic came from, so for example the Singaporean Mary has slanted Asian eyes.

Not to be confused with the Greek Catholic Orthodox Church this church is located in downtown Nazareth near Mary’s Well and according to the Greek Orthodox tradition was the site of the annunciation. Several churches have been built and then destroyed over this holy site; the present church was constructed in 1767 on the ruins of a Crusader church. The church has a simple exterior with a tall thin bell tower while the interior is more elaborate. There is a traditional Templon, or dividing screen separating the hall of the church from the altar area. The screen is of carved wood and decorated wood panels with brightly colored paintings of religious icons and scenes from the Bible. The spring where Mary went to draw water is located in the crypt of the church and still flows today. Visitors can see the well and 1,000 year old steps leading down to the spring. The grotto walls are cool and you can hear the gentle flow of the water and see grooves in the side of the well where the ropes holding buckets must have dug into the stone. 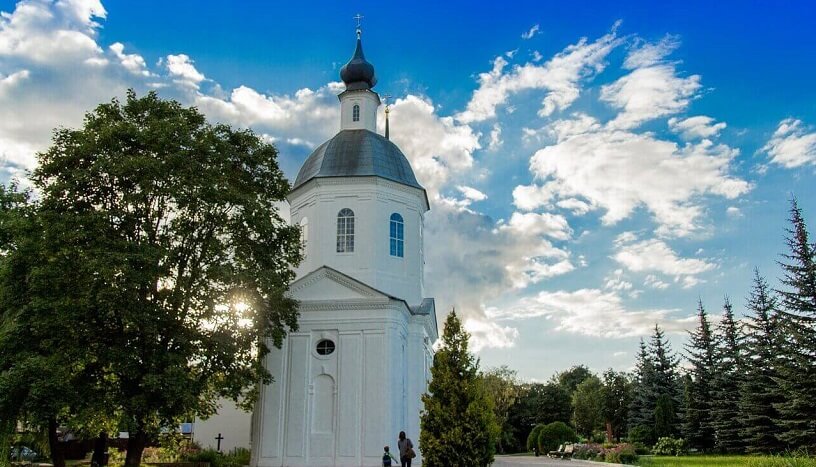 This church constructed in 1887 stands in the Nazareth old market adjacent to the Synagogue Church. The Greek Orthodox Catholics or Melkites are a separate denomination to the Greek Orthodox having split from the church in 1724. Today the Melkites make up about 25% of Christians in Israel. Visitors enter the church through a gated courtyard; the Synagogue Church is entered through the same gate. Inside a traditional Templon or decorated screen separates the altar area from the main body of the church. Above the screen are paintings of religious icons. The interior is predominantly white with art work and gold decoration. There are elaborate chandeliers and a gold painted wooden priest’s chair imported from Greece. The exterior has two tall bell towers. Within the Melkite compound is a school, guesthouse and convent.

Synagogue ChurchAs Jesus spent part of his childhood in Nazareth, in his parent’s Jewish community, he would have prayed in a synagogue thought to have stood where this church now stands. The church is located in the center of the Old City marketplace adjacent to the Greek Catholic Church and is administered by the Melkite Greek Catholics. The Bible tells us that it was here that Jesus proclaimed he was the Son of G-d. His claim to be the Messiah enraged the people who then led him to the Mount of Precipice where they attempted to throw him to his death. A 12th century Crusader church is located two meters below ground level and visitors need to descend seven steps to reach the simple church. The unadorned church interior has exposed brickwork and a stone altar. 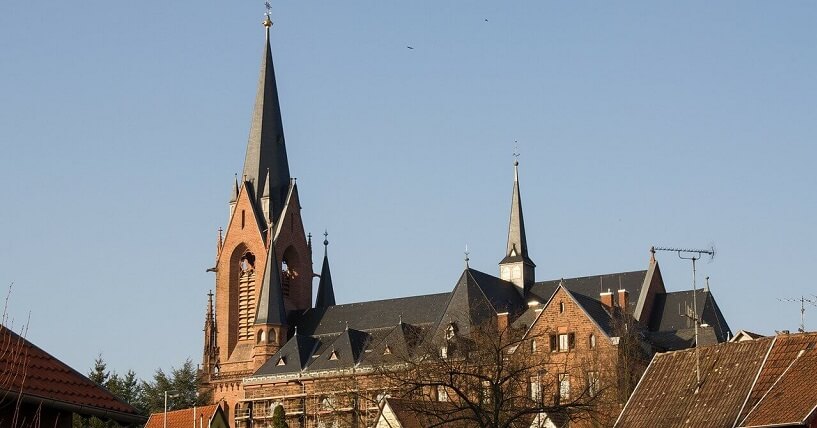 This church is built over the traditional site of Joseph’s home and workshop and over a cave used in the Roman era for food and water storage. The site was identified as the Holy family’s home and Joseph’s workshop as early as the Byzantine period when it became a place of worship. Then during the Crusade period a new church was built on the site and following its destruction in 1263 it was rebuilt in 1754. The present structure was constructed in 1914 on the earlier churches. Visitors can descent into the grotto beneath the church where there is an altar and the remains of the previous structures.
Church of Our Lady of Fright The ruins of this Franciscan church (1882) stand on a barren hillside overlooking the city. It is said to mark the spot where Mary stood when she watched in fear as her son Jesus was led by the townsfolk to the edge of the mountain to be thrown to his death. The people were angry that Jesus had proclaimed himself to be the Messiah but they didn’t succeed in killing him as he “…passed through the midst of them went his way.” Luke 4:22
Christ Church ,This is a Protestant-Anglican church constructed in 1871; it was the 2nd Anglican Church to be built in Palestine. The church’s original design included a tall steeple which was never completed due to lack of funds. The cross shaped church has a traditional Gothic Revival design. Today the church has a congregation of about 40 families and there are services in Arabic every Sunday.
Salesian Church, A major part of this church’s beauty is in the breathtaking location on a ridge overlooking the city; it is possible to walk from the church down into the city center. The large white church was constructed in the French neo-Gothic style and has twin towers on the façade. Within the church is a life-size statue of Jesus as a young boy created by sculptor Bognio. There are beautiful large stained glass windows which flood the space with natural light and a high vaulted ceilings supported by pillars made of clusters of columns. The church is administered by the Roman Catholic Salesians founded in the 19th century by Saint John Bosco. The cavernous church has great acoustics and is often used for concerts and recitals.

The Jesus Table Church was constructed in 1861 around a piece of chalk rock believed to have been the table on which Jesus ate with his disciples after his resurrection. (Mark 16). The rock bears marks made by pilgrims as early as the 17th century. The quaint dome roofed church has a stone tablet above the entrance which features the date (1861); the Franciscan symbol of the 5 crosses and another of the hands of Jesus and Francis of Assisi crossed over a crucifix. The mensa Christi is mentioned in several places in the Bible and is also associated with a location in Tabgha.