Tels are prehistoric settlement mounds predominantly found in the Middle East. Megiddo, Hazor and Beersheba are three of 200 such tels in Israel, which contain significant remains of cities which have biblical connections. Excavation has found large multi-layered settlements which existed over the course of several millennia. The locations were probably chosen as settlement sites due to their strategic positions along important ancient trade routes and because of the available water supplies. The three tels are referred to as “biblical tels” as they appear in the Old Testament. 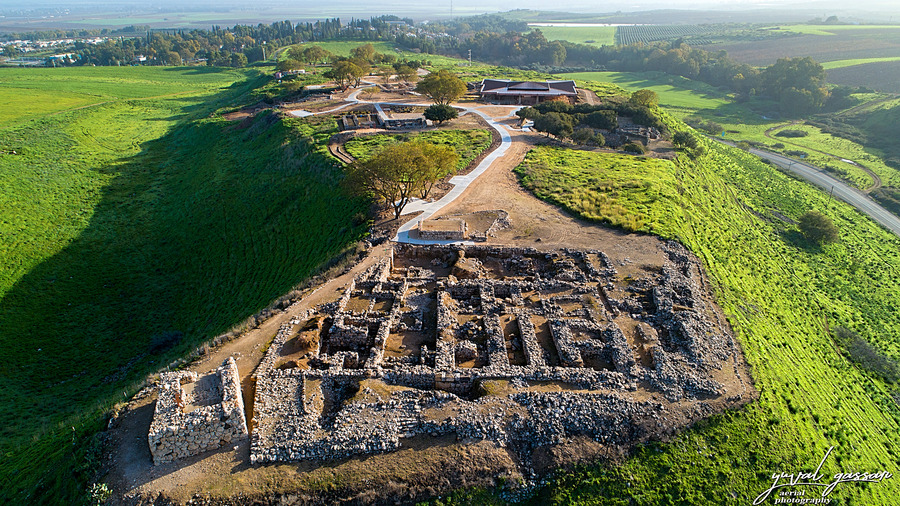 In 2005 UNESCO declared these mounds as having outstanding universal value according to 4 criteria: 1. The tels show an interchange of ideas and values between the east and west through trading, this can be seen in the many styles of building including those of Egypt and Syria; 2. The tels offer a rare insight into the living conditions and lifestyle of the Canaan cities of the Bronze Age and the biblical cities of the Iron Age; 3. The development of Levant (Israel, Lebanon, Syria, and eastern Turkey) urban development evident in the tels had a great impact on future historic developments in the region; 4. Having been mentioned in the Bible the three tels have spiritual and religious universal value.

The findings at these tels show us that there was a centralized authority that controlled the important trade routes through the region. Thankfully the remains at each site have retained their integrity and have been left untouched for centuries. Over the course of time, the tels have become conical-shaped mounds with a flat top. The tels show evidence of sophisticated, geographically responsive, engineering in the ancient underground water systems designed to bring water to the cities. 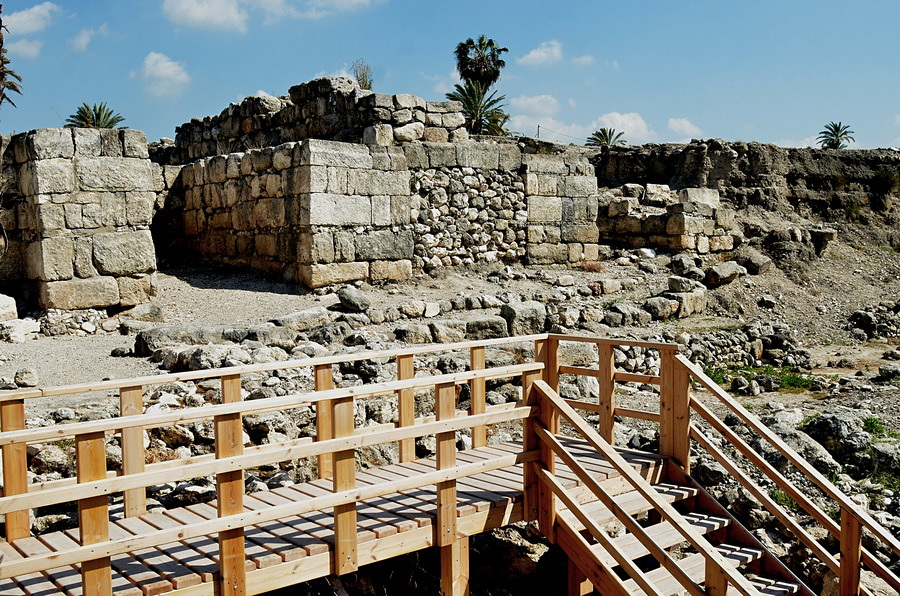 Tel Hazor is located in northern Israel near the Sea of Galilee and boasts one of the best examples of ancient ramparts in the Middle East. The ramparts enclosed the city with 9 meter high walls and there were two monumental gates. Its late Bronze Age palaces and temples stand out as some of the best in the Levant and the most complex in Israel.

Excavation began at Tel Hazor in 1928 and later in the 1950s the well-known archaeologist Yigal Yadin led further excavations; in 1990 work was once again resumed on the site. A six-chambered stone gate was found which can be attributed to the time of King Solomon. The complex water system involved a 30-meter descending tunnel and a cave with a vaulted corridor. As with the other two tels, Tel Hazor held an important position at a major ancient crossroad. 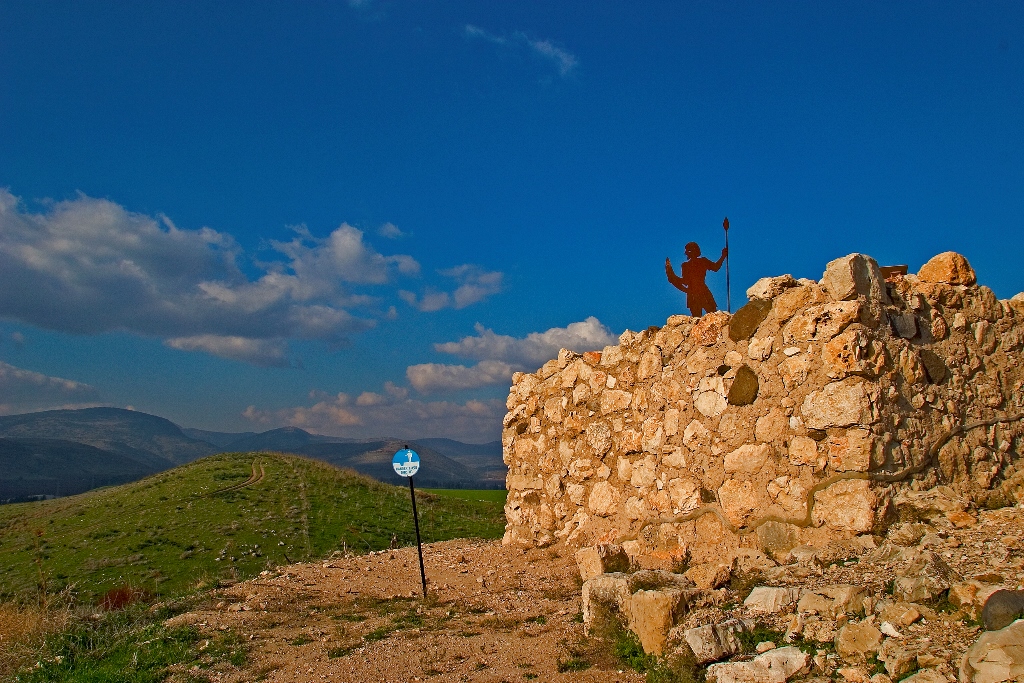 Tel Megiddo is just 50km southwest of Tel Hazor at the northern point of the Kishon River and has an unparalleled number of temples in its early Bronze Age temple compound, which shows that there was a continuity in the ritual activity on the Tel. This mound was the site of a powerful Canaan settlement that controlled the Via Maris, a route connecting Egypt with Syria, Anatolia, and Mesopotamia.

Megiddo is referred to as Armageddon in the New Testament. The site was first excavated in 1903-5, then again in 1925-39, and again in the 1960s – 70s. Archaeologists uncovered around 30 different cities built one on top of the other on at least 20 levels. Another major archaeological find was an 80-meter long aqueduct that brought water from a spring at the foot of the mound up a vertical shaft to supply the city with fresh water. 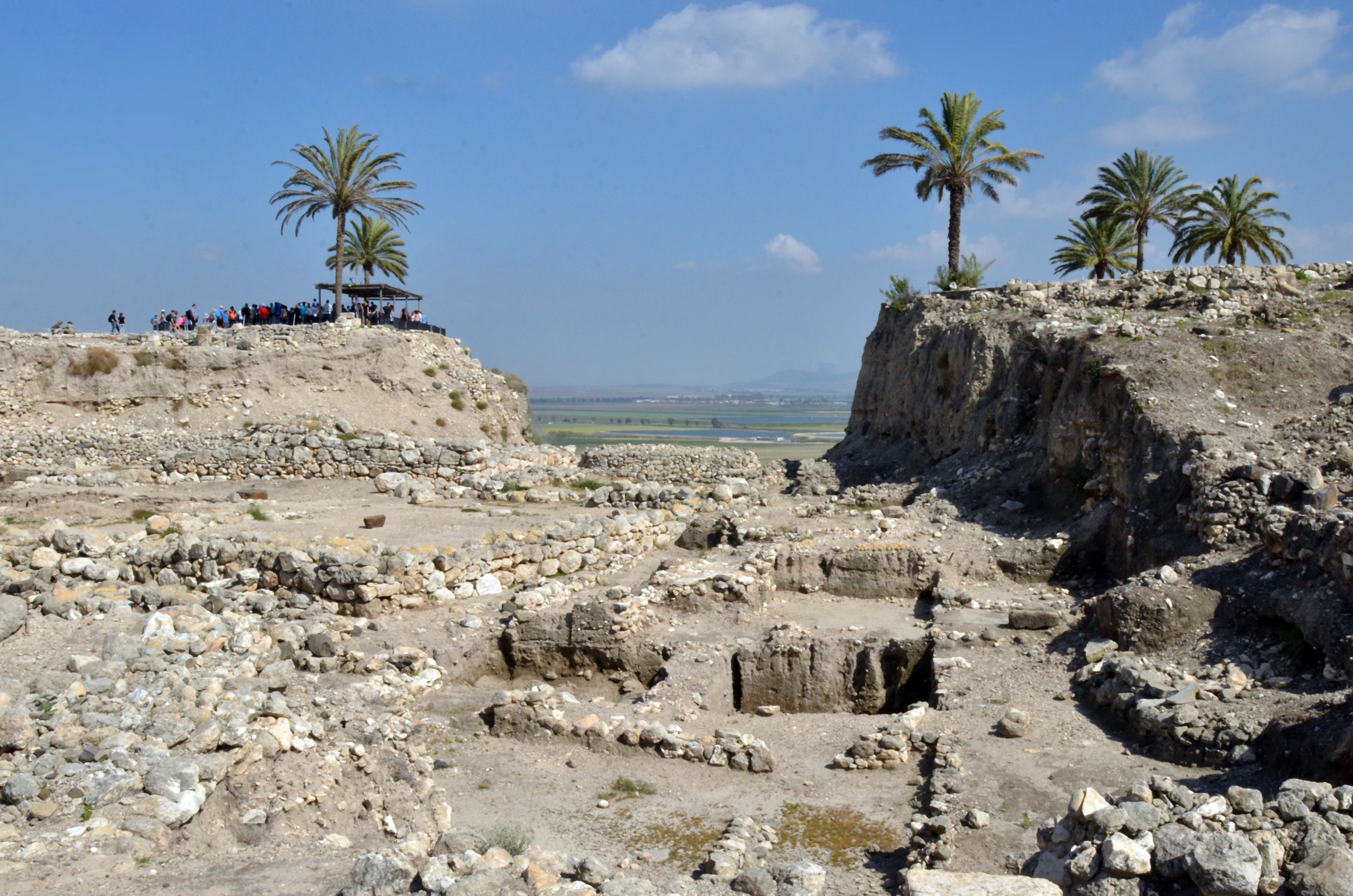 Tel Beersheba is in southern Israel near the Negev Desert and the archaeological findings show an elaborate, oval-shaped and walled, Iron Age town plan unparalleled in the Levant. The well-planned town has a central square and an underwater drainage system as well as a well 69 meters below the ground.

Excavation of Tel Beersheba only began in the 1960s. They discovered the remains of a 9th-century Judahite settlement which continued into the 8th century until it was destroyed by a fire during the Assyrian campaign. Among the remains is the Governor’s Palace with three long halls and several ancillary rooms.