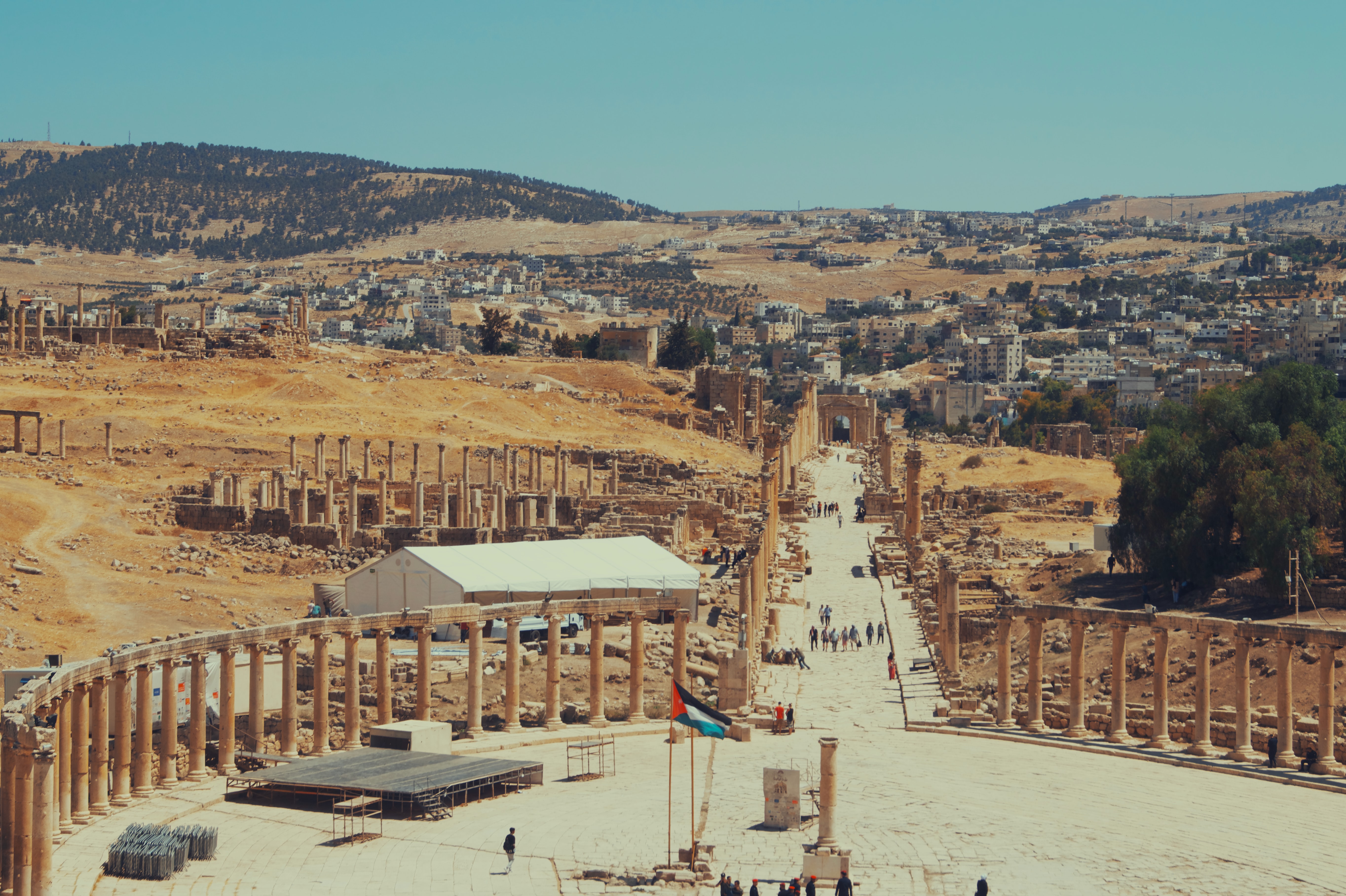 Jerash - commonly known as Pompeii of the Middle East - is one of the top attractions in Jordan, second only to Petra and Wadi Rum in the south. It is located in northern Jordan, about 48 km north of Amman. Fabulous views and intriguing stories await every visitor, with plenty of photo ops.

There is archaeological evidence at Jerash dating back to the Neolithic period when the site was called Tal Abu Sowan. And human remains have been found here from 7500 BC. Jerash was a thriving city throughout the Greek, Roman, and Byzantine periods but most of it was destroyed by an earthquake in 749 AD.

The structures that have survived mostly date back to the Roman era when the city was constructed by Emperor Hadrian. The Roman city was known as Gerasa and was one of the ten Roman cities of the Decapolis League. The Turks built a fort on the ruined city walls in 1120, and Jerash was captured by Baldwin II, King of Jerusalem in 1121 and completely destroyed. The city was ruined and forgotten until the 16th century when a small Muslim settlement was established.

Excavations that began in 1925 have revealed several structures and pottery from the Middle Islamic and Mamluk periods and remains from other periods in history.

Today, Jerash is considered one of the finest examples of a Greco-Roman city and a must-see for every archeology fan.

Jerash is vast, and holds many points of interest, but here are the most important structures – without them your visit won't be complete.

Located at the entrance to the site, this 21-meter-tall gateway is a triumphal arch built in 129 AD to commemorate the arrival of Emperor Hadrian. The gateway bears intricate carvings and decorations.

The ancient sports field was built in the 1st-3rd century and could seat 15,000 spectators.

The Oval Forum or Oval Plaza is the only Roman forum with this shape. It is well-preserved and many of the original eight-meter-high columns have survived or been reconstructed. The impressive Oval Forum is featured in most brochures advertising tours of Jordan.

Pro Tip: To the left, behind the Oval Forum is the ruined Sanctuary of Zeus. The ruins are not very impressive but from there you have an excellent view of the Oval Forum.

No Roman city would be complete without a theater. The theater at Jerash has been heavily restored and today is quite impressive. It was constructed in 90 AD and could seat 3,000 spectators.

You can walk along the colonnaded Roman street that cuts through the city. It stretches for 800 meters from the North Gate to the Oval Forum.

By the 4th century, Jerash had become predominantly Christian and they needed a place of worship. The cathedral was constructed in the early 5th century on the ruins of the Roman Temple of Dionysus.  There are a number of additional early churches nearby but the cathedral is the most important of these sites.

This large ornate public fountain was built at the end of the 2nd century.

This 2nd-century structure is thought to have been the largest temple in Jerash. Part of the temple has been beautifully reconstructed and you can enter through the gateway, climb the stairs, and reach the inner temple where the altar terrace is situated. The temple has 11 of the original columns that surrounded the sanctuary platform.

This theater is considerably smaller than the main Jerash theater, and it could seat 1,500 spectators when it was renovated in the 3rd century. The semi-circular theater was destroyed by an earthquake in 749 AD but has been reconstructed. Pro Tip: Get a view across Jerash from the top tier of the North Theater.

What to See in Jerash?

Start exploring Jerash from the main entrance and follow the Cardo Maximus to reach all of the essential archeological structures. Alongside the Ruins of Jerash is an archaeological museum where findings from the site are displayed. Your entrance ticket to the ruins includes a free entrance to the museum.