Israel is an fantastic country to visit, whatever your background and faith, but for Christians there is incredible significance in making a journey to the Holy Land. Whether wandering through the narrow streets of the Old City of Jerusalem and gazing at the Church of the Holy Sepulchre, visiting the Basilica of the Annunciation in Nazareth, where the Angel Gabriel informed Mary she was with child, or exploring the Galilee, where Jesus spent many of his later years ministering, the experience is usually a very profound one. 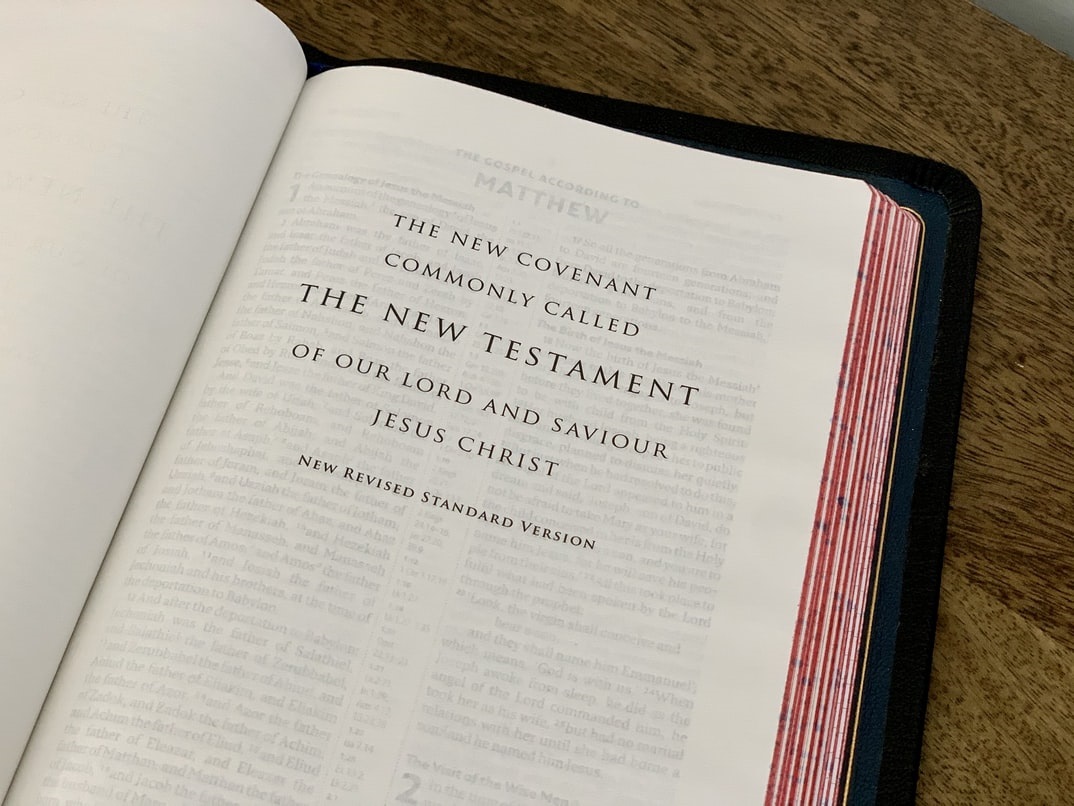 An NRSV Bible open to the title page of the New Testament. Photo by Tim Wildsmith on Unsplash

Of course, as well as the ‘must see’ Christian holy sites in Israel, there are also many places more out-of-the-way, which are imbued with religious significance. One of these is Emmaus and although it is not particularly well-known, it has a fascinating history.

Not only is it linked to the resurrection of Jesus but, in recent times, archaeologists have excavated remains that point to it possibly being the site where the Ark of the Covenant was placed. Let’s take a look at the background of this place to try and understand more about its significance for scholars, archaeologists, and also modern-day Christian pilgrims.

Etymology: What does Emmaus mean?

The name ‘Emmaus’ is thought to be a Hellenized (Greek) version of the Hebrew name Hammath. The name Hammath comes from the root חמם (hamam), meaning to be warm and in modern-day Hebrew is used to describe hot springs. A spring of Emmaus (Greek: Ἐμμαοῦς πηγή), or alternatively a 'spring of salvation' ( πηγή σωτήριος) can be found in Greek sources.

Emmaus is mentioned by this name in two Midrashim (Rabbinic/Biblical interpretations) -  Midrash Zuta for Song of Songs and Midrash Rabbah for Lamentations and Ecclesiastes. Historically, Emmaus was a relatively common name in the Levant and even today, across the Middle East, many sites are called Hama, Hammath (e.g. Hamat Gader), and other variations on this theme. 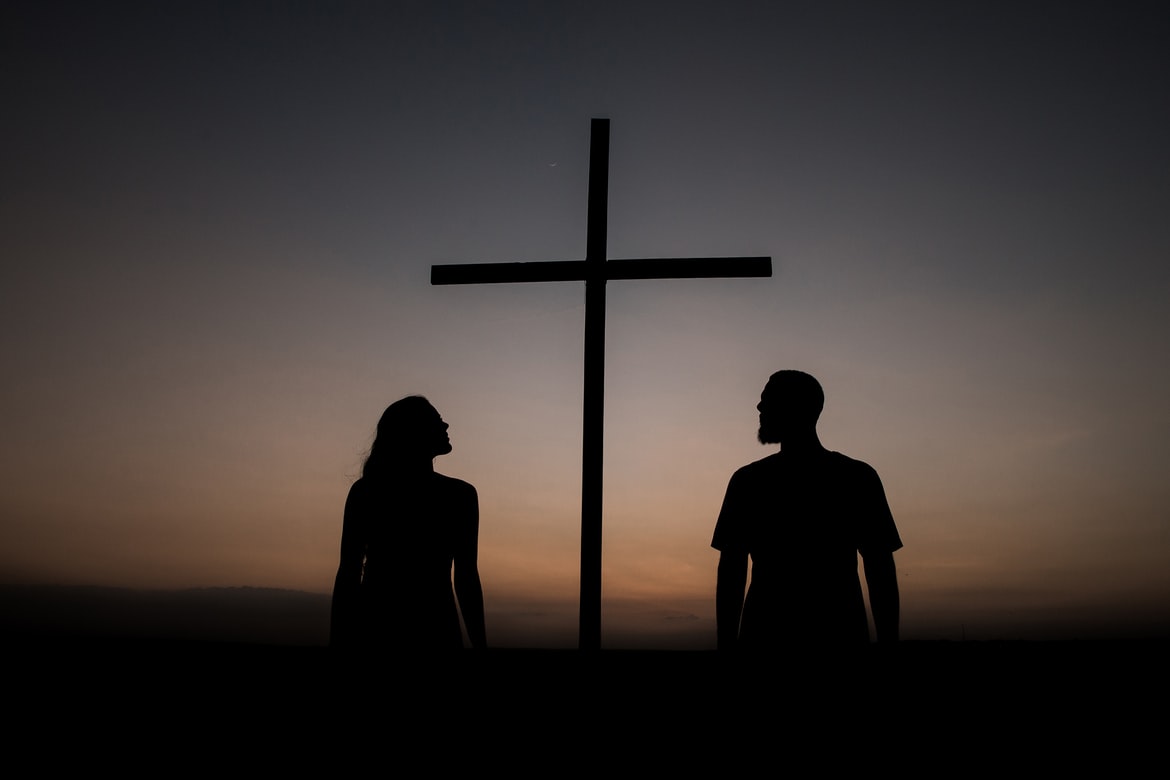 Silhouettes of man and woman near a cross. Photo by Junior REIS on Unsplash

Emmaus in the Christian Bible

Emmaus is mentioned in the third of the Gospels (the Gospel of Luke) as the place at which Jesus appeared to his disciple Cleopas and a friend, who were walking on the road from Jerusalem to Emmaus (possibly a distance of between 10-12 km). According to Luke, the story takes place on the day of Jesus’ resurrection. The two disciples had heard that the tomb where Jesus had been buried was now empty and were discussing the matter.  Luke goes on to state:

And it happened that while they were speaking and debating, Jesus himself drew near and walked with them, but their eyes were prevented from recognizing him … as they approached the village to which they were going, he gave the impression that he was going on further. But they urged him, "Stay with us, for it is nearly evening and the day is declining." So he went in to stay with them. And it happened that, while he was with them at table, he took bread, said the blessing, broke it, and gave it to them. With that their eyes were opened and they recognized him.

Luke also recounts that after the three of them ate supper at Emmaus, Jesus scolded the two of them for their lack of belief and taught them about the prophecies of the Messiah. Emmaus is not mentioned in the Gospels of Matthew or John; in the Gospel of Mark a similar story is mentioned, but with no particular reference to Emmaus. 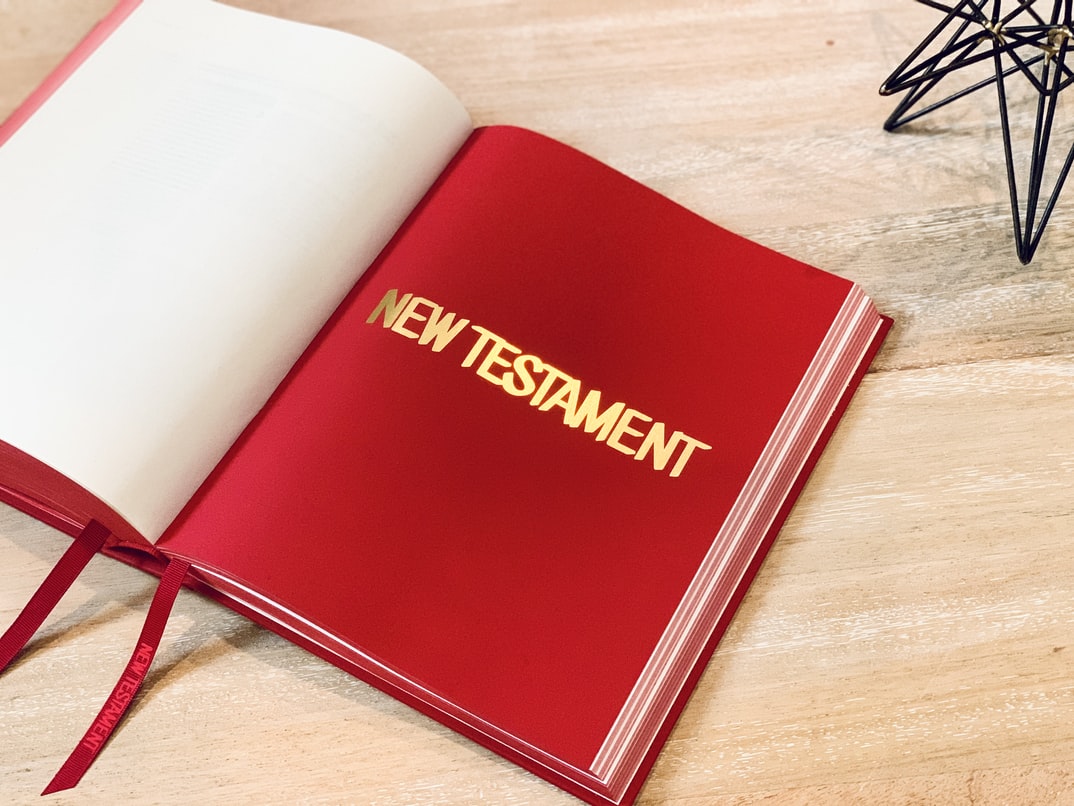 Red Bible on a wooden table. Photo by Tim Wildsmith on Unsplash

Where was the exact location of Emmaus?

Historians have debated this question hotly for many years and the answer is, we don’t really know because references to its precise location are quite vague and in manuscripts of the Christian Bible there are references to at least three different distances between Emmaus and Jerusalem. Among the contenders are the sites of Emmaus Nicopolis / Imwas, Al-Qubeiba / Castellum Emmaus / Chubebe / Qubaibat, Kiryat Anavim / Abu Gosh, Coloniya, El-Kubeibeh.

This site is the oldest of the possible locations and, today, many Christian pilgrims regard Emmaus-Nicopolis as the place at which the disciple Cleopas and his friend encountered Jesus after he had risen from the dead. It was Eusebius of Caesarea who first raised the idea of Nicopolis as the site of Emmaus.

Eusebius was a Greek historian whose account of the first centuries of Christianity is a landmark text for historians. Jerome, who later translated Euebius’ book, insinuates that there was a church in Nicopolis, built in the house of Cleopas, and this was where Jesus and the two disciples broke bread together. Other sources that talk of Emmaus include the first book of the Maccabees, the writings of the Roman historian Josephus and accounts from the late Roman, Byzantine, and early Muslim eras.

In the modern era, it was the explorer Edward Robinson who was first said to have found the location of Emmaus - he believed it was the Arab Palestinian village of Imwas, close to the Latrun Monastery. Imwas was destroyed in 1967 but before then it was situated close to the Judean hills, about 23 km from Jerusalem via the Kiryat Yearim ridge. 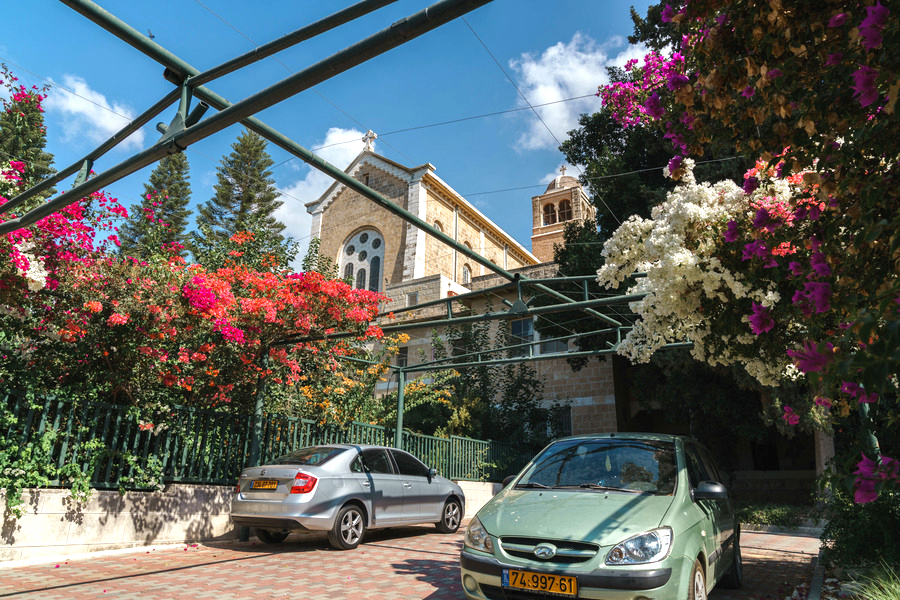 The Walk of Emmaus

Today, many of these pilgrims, as a way of recreating this journey, set out to walk the route called the ‘Emmaus Hike’. This begins at the Saxum Visitor Centre (just outside of the village of Abu Gosh), runs for 20 kilometers, and has a number of different trails. Just as interesting, part of the route pilgrims take today was once a Roman road that connected Jerusalem with the port of Jaffa, and it is more than 2,000 years old. Along the trail, there are a number of interesting archaeological sites, including the remains of a Byzantine basilica.

Another possible location for Emmaus is the town of Al-Qubeiba, northwest of Jerusalem. In Arabic, it means ‘Little Domes’. In 1099, a Roman fort by the name of Castellum Emmaus was discovered there although historians do not believe it was named ‘Emmaus’ at the time Jesus lived. By the 12th century, the Crusaders had named the site ‘Small Mahomeria’ (as opposed to ‘Large Mahomeria’ which stood near Ramallah).  In 1335, the site was taken over by the Franciscans, who began organizing pilgrimages there each year and in 1902 built a church there.

By the Second World War, the British Mandate held prisoners of Italian and German heritage at Emmaus Qubeibeh and between 1940-1944, the archaeological Bellarmino Bagetti carried out excavations there.  He found a number of artifacts from different periods - Hellenistic, Roman, Byzantine, and Crusader - and subsequently carried out some explorations. 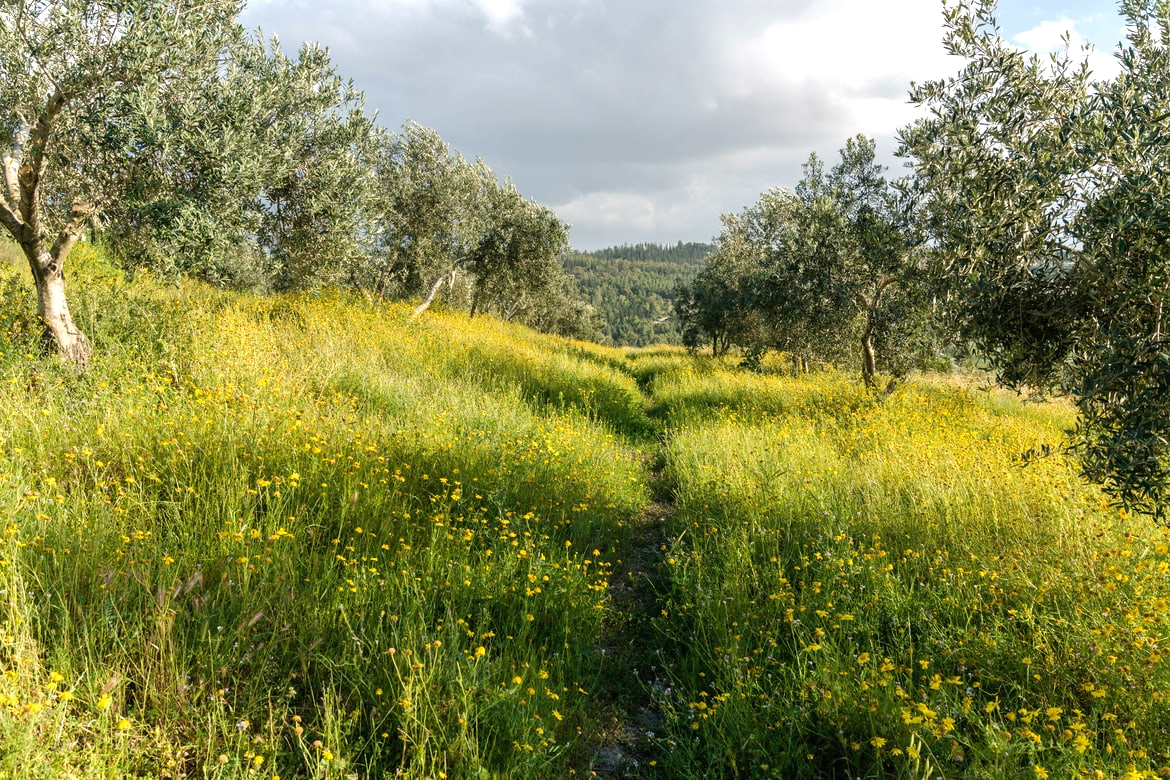 The village of Abu Gosh is situated about 12 km from Israel’s capital, in the middle of the Kiryat Yearim Ridge, with Nicopolis on one side and Jerusalem on the other. The explorer Edward Robinson (see above) estimated that it dates back to the Crusader era and considered it to be the best-preserved ancient church in Palestine.

When the 1940s excavations were carried out, archaeologists found ‘Fontenoid’ which was a site the Crusaders regarded as Emmaus, before they reconsidered and accepted Nicopolis as the ‘authentic’ Emmaus. Abu Gosh itself is situated in an area of Israel where some of the earliest humans lived - excavations have shown habitation dating back to the Neolithic period.

Today it is famous for its excellent hummus (many Israelis will admit to having driven long distances to eat there) and its famed choral music festival, taking place twice a year, in the spring and the fall. In this festival, choirs and musicians not just from Israel but across the world come to perform in two of the churches in Abu Gosh.  As has been commented, the opportunity for Jews to visit a Muslim community and hear music in a Christian place of worship is really an excellent example of working towards peace. 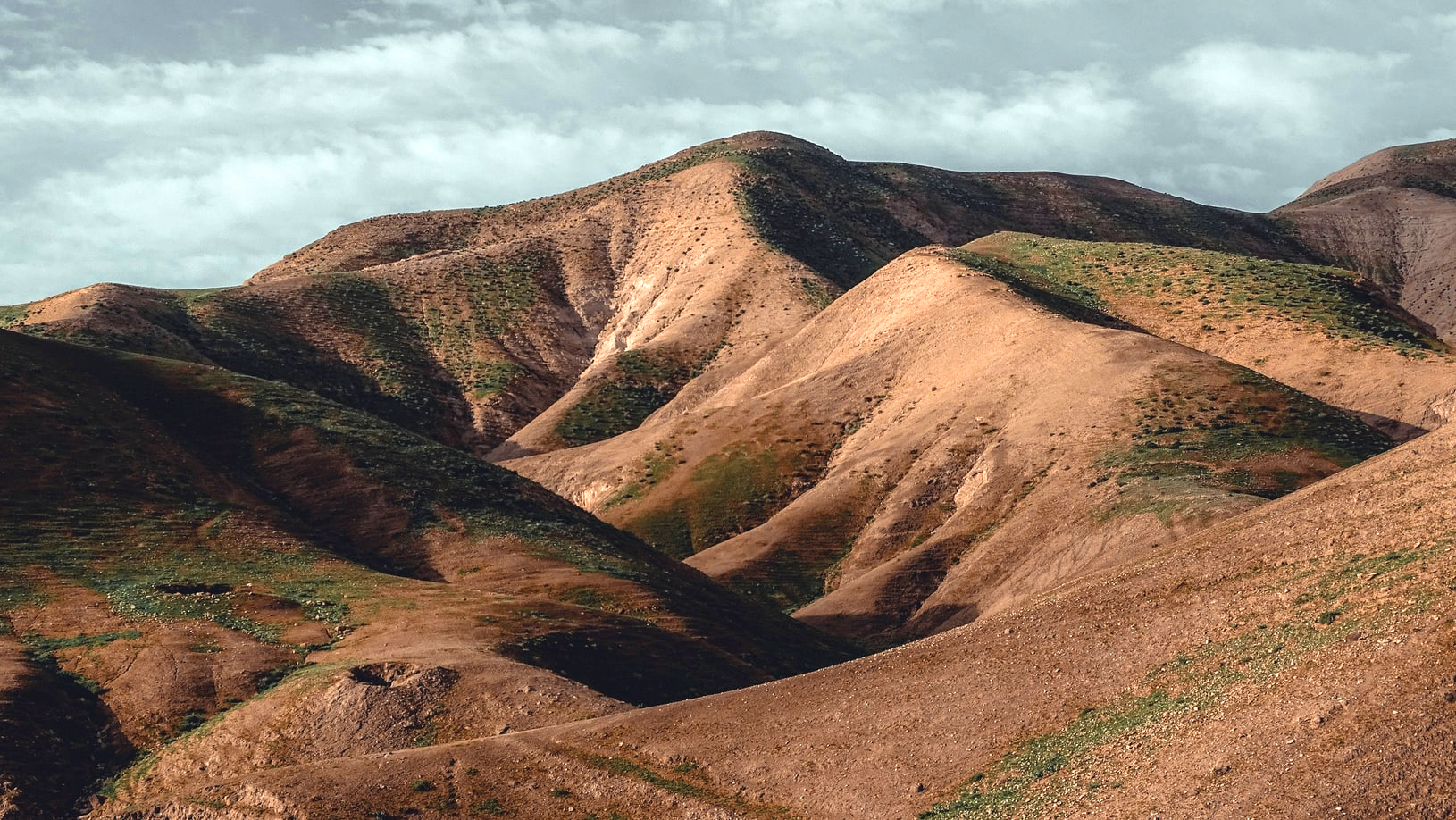 Situated between Jerusalem and Abu Gosh, also on the Kiryat Yearim Ridge Route, is Colonia.  It was referred to in the Hebrew Bible, in the book of Joshua, as ‘Mozah’ and in the Talmud as a place where people came to cut down tree branches to celebrate the harvest festival of Sukkot.

The historian Joseph Flavius wrote in ‘Antiquities of the Jews’ about the Maccabean Revolt, and in this instance mentions a city named Emmaus, which seems to link up with the idea of Emmaus being Nicopolis (in terms of its distance from Jerusalem). However, in ‘The Jewish War’ he talks of a second location from Emmaus, where Roman legions settled after the First Jewish Revolt.

Latin manuscripts talk of ‘Amassa’ and Greek manuscripts ‘Ammaous’ but once the Roman legions (‘colonia’) had arrived, these names were soon forgotten. The name ‘Colonia’ survived for a long time - the Jerusalem and Babylonian Talmud both refer to ‘Qeloniya’ (the Aramaic term for Colonia) and in Arabic, the name still exists, in the form of ‘Qalunya’.

In 1881, William Birch (who was part of the Palestine Exploration Fund) identified what he called ‘Motza’ as the Emmaus mentioned in the Gospel of Luke. Less than 2km to the north is a ruin named Khirbet Beit Mizza, which some scholars believe to have been the biblical Mozah.  Contemporary excavations now place Mozah at Khirbet Mizza. 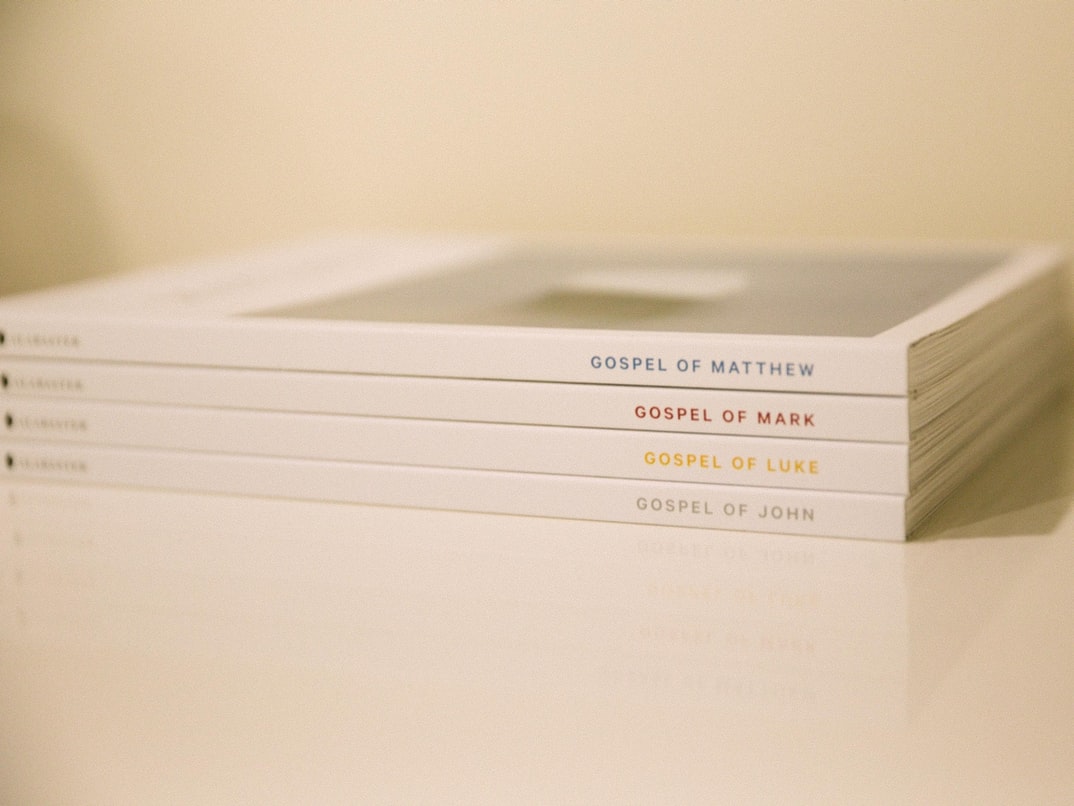 The Gospels set from Alabaster Co. Photo by Lauren Kan on Unsplash

North of Emmaus’s church complex you can find a very well-preserved Roman bath complex.  Archaeologists believe it is in such a good state because the structure was considered holy by Muslim conquerors, and built a cemetery around its edges over the years.

It is possible to visit Emmaus today by car - the entry fee is very small and it is just off Highway 1. Alternatively, it is possible to take a private tour of Jerusalem and/or the Judean Hills area - you will be able to customize the tour exactly to your needs and visit there for as long as you desire.